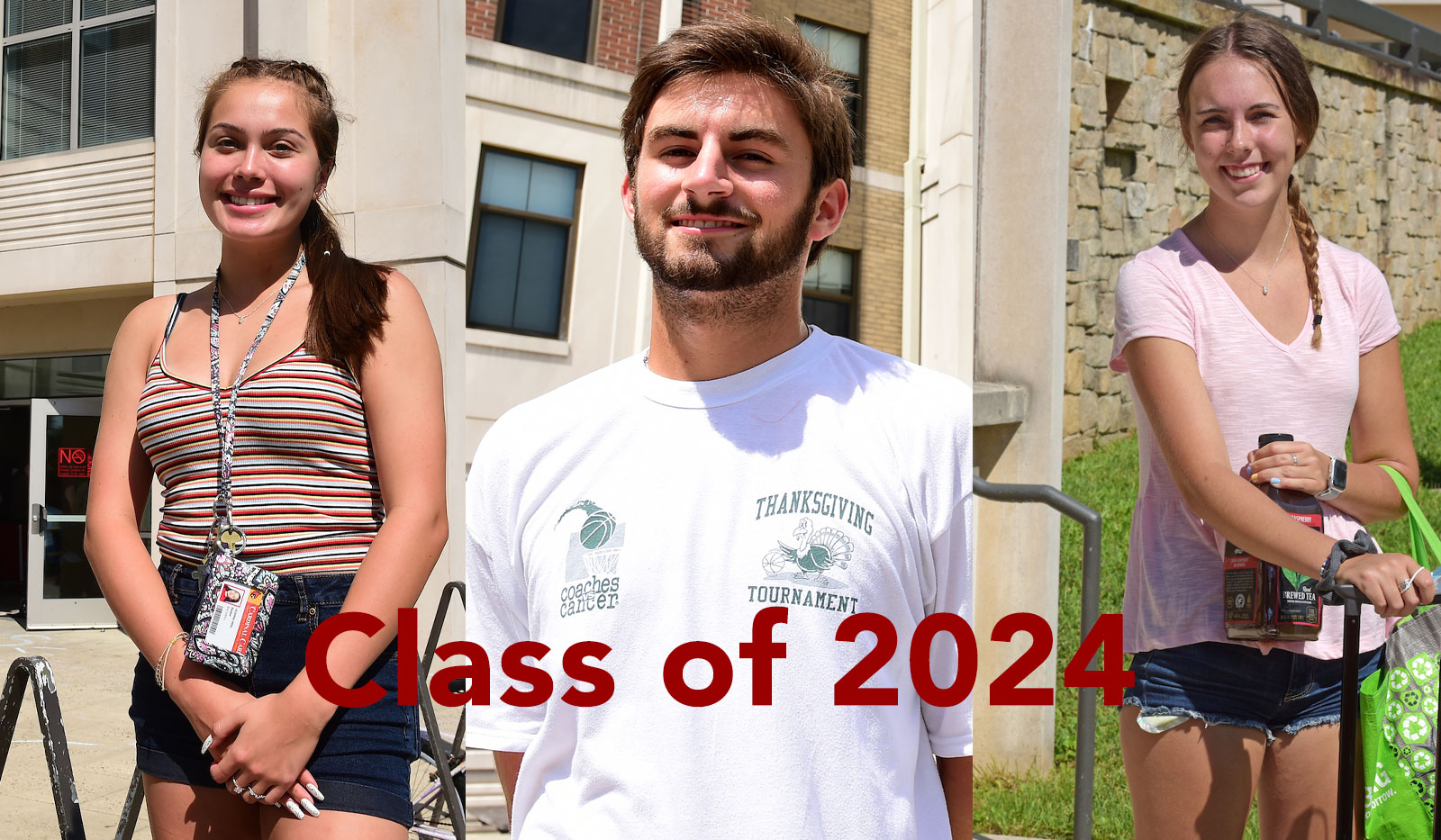 For the Class of 2024, the first few days of college were unlike those any class has experienced before. Usually, first-year students move in on the Thursday before the start of the fall semester and attend four days of Orientation events. This year, students moved into residence halls over the course of three days, beginning Monday, Aug. 17. Their Orientation was held virtually for the next four days. Their first weeks of college courses will also be held virtually.

The new class of approximately 642 students hails from 39 states and eight countries. Among them are 24 Eagle Scouts and 271 athletic team captains. Fifty-three of them had a family member who previously attended CatholicU.

The most popular majors among the class are nursing, politics, business (exploratory), architecture, and music. Sixty-nine of them are the first member of their family to attend college in the United States.

Below, meet some of the students from the Class of 2024 as they share their interests and plans for the future.

Lilianna Vidal
Hometown: Parsippany, N.J.
Major: Biology
Hardest Thing To Leave Behind at Home: My cat and sister
First Thing to Do After the Pandemic: Go to a museum 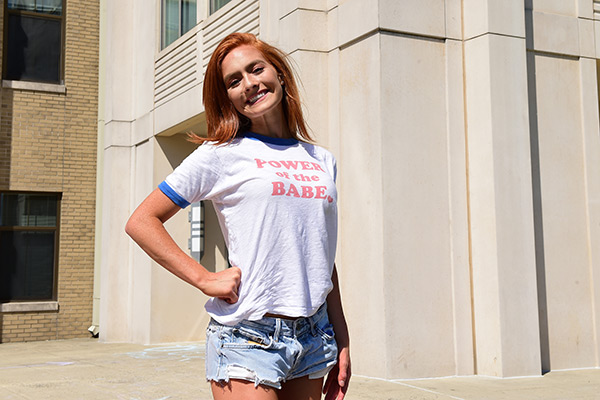 Olivia Jacobs
Hometown: Nashville, Tenn.
Major: Politics (Pre-Law)
Why CatholicU: I love D.C. and the campus is stunning.
First Thing to Do After the Pandemic: Travel

Riley Cherkes
Hometown: Manorville, N.Y.
Major: Accounting
Hardest Thing To Leave Behind at Home: Parents and friends
First Thing to Do After the Pandemic: Go to the movies

Alexandra Tomaine
Hometown: Scranton, Pa.
Major: Nursing
Why CatholicU: It felt like a family when I walked on campus!
Last Song You Listened To: "Sweet Caroline" by Neil Diamond

Students and parents talk about moving into the residence halls at Catholic University.

Emily Branchide
Hometown: Ivyland, Pa.
Major: Management
Hardest Thing To Leave Behind at Home: My dog Winston
Last Song You Listened To: “All Too Well” by Taylor Swift

Kailen May
Hometown: Mt. Kisco, N.Y.
Major: Nursing with a Spanish minor
Hardest Thing To Leave Behind at Home: My own bed
Last Thing You Listened To: "Cruise" by Florida Georgia Line

Victoria Volpi
Hometown: Little Rock, Ark.
Major: Architecture
Why CatholicU: I love the program, people, and location.
First Thing to Do After the Pandemic: Hug friends

Grace Cusack
Hometown: Pleasantville, N.Y.
Major: Business
Why CatholicU: I loved the campus and how close it was to downtown D.C.
Go-To Last Night Snack: Popcorn

Haden Rider
Hometown: Hollywood, Md.
Major: Nursing
Hardest Thing To Leave Behind at Home: My dog Pepper
Last Song You Listened To: "Walking in the Wind" by One Direction 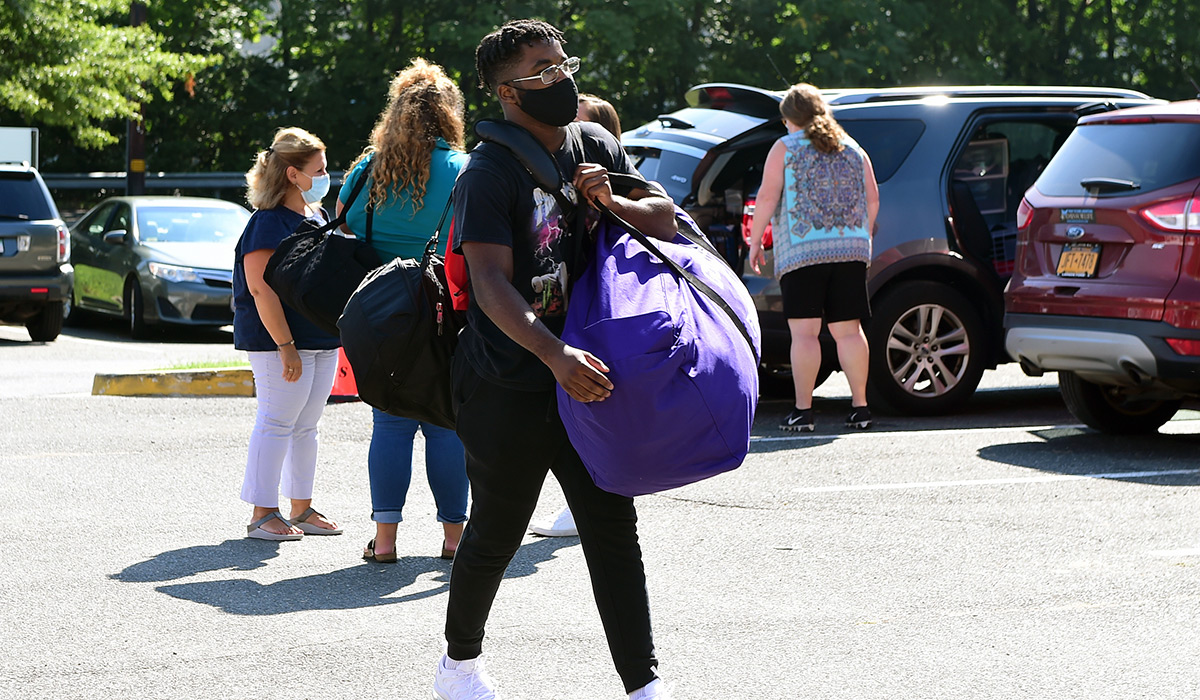 Over the course of three days, first-year students moved into their residence halls. They were greeted by Orientation advisors, resident assistants, and President John Garvey. 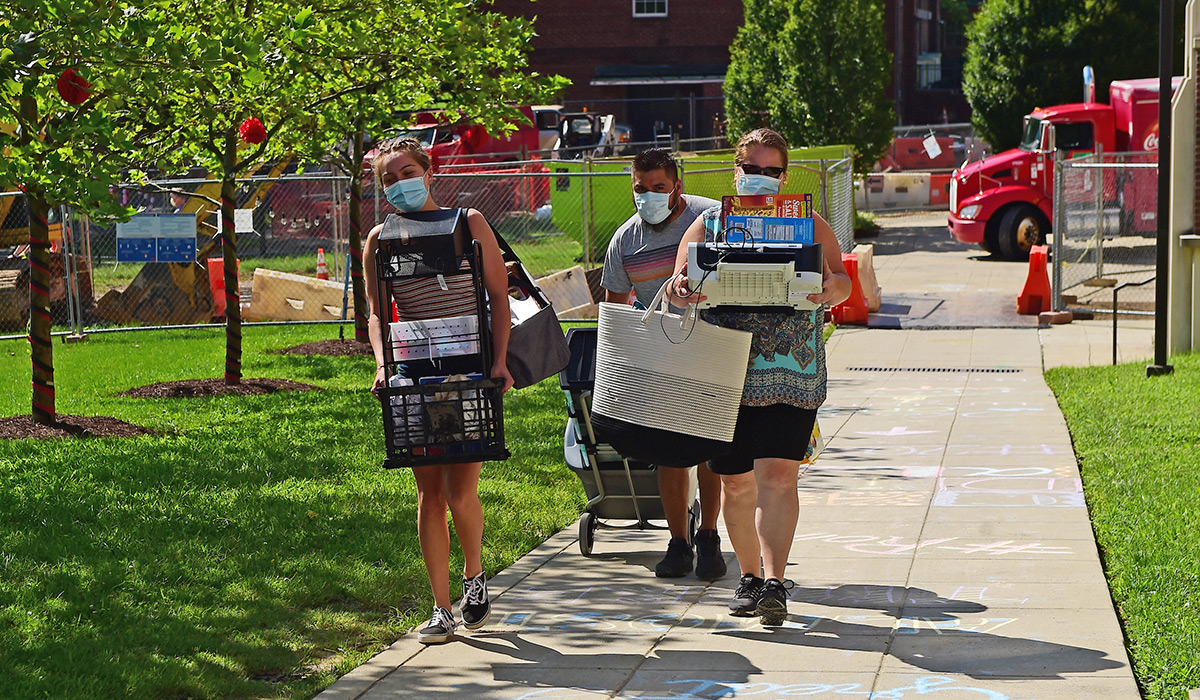 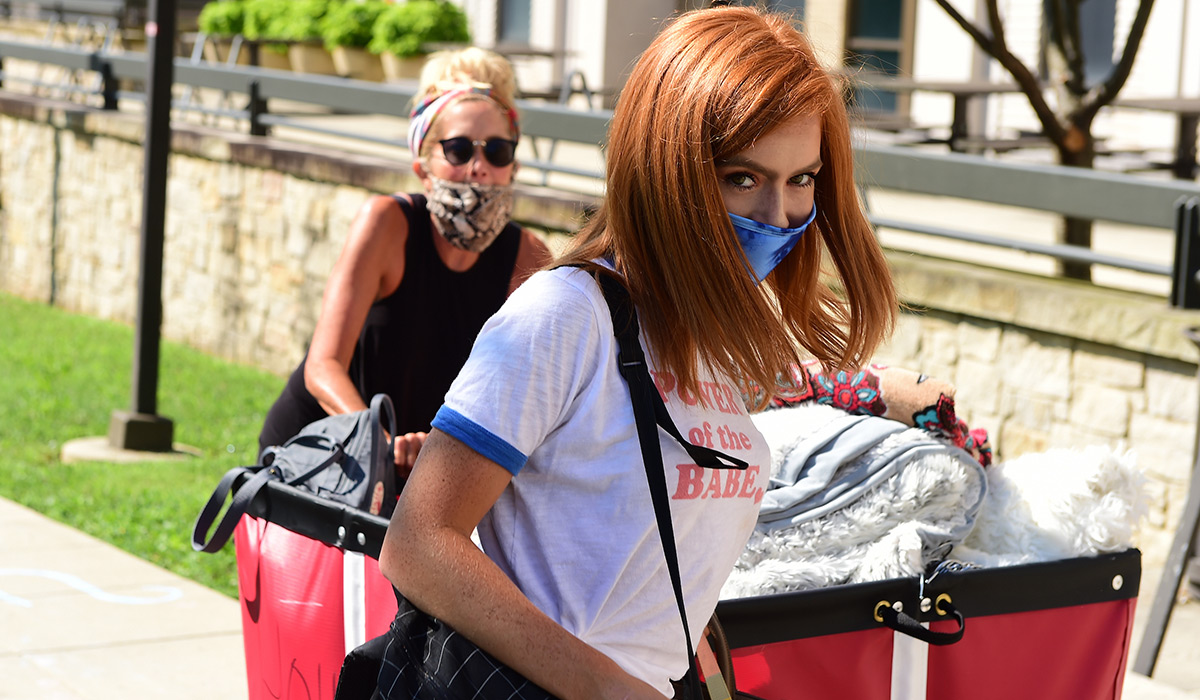 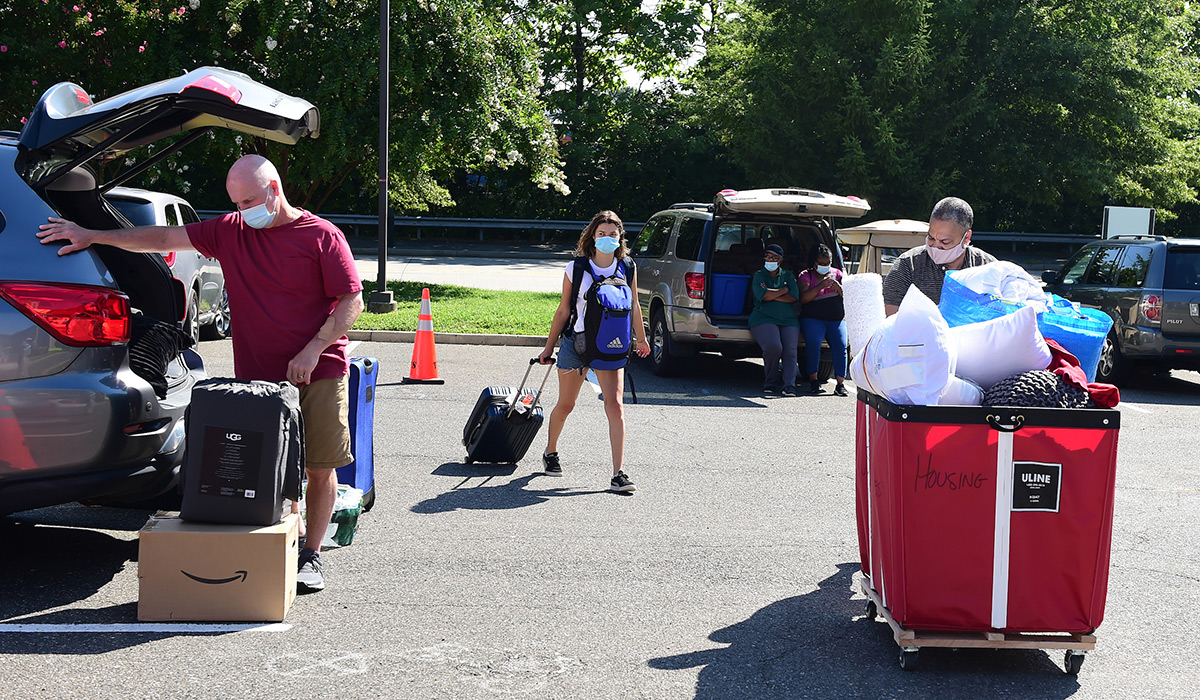 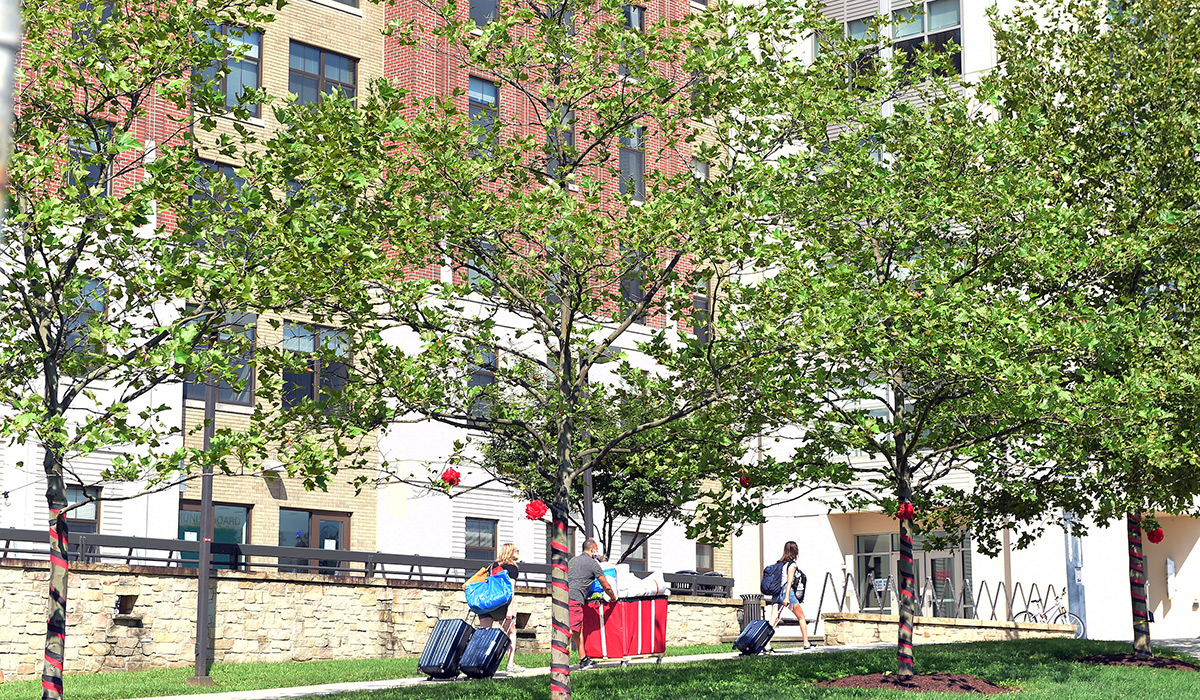 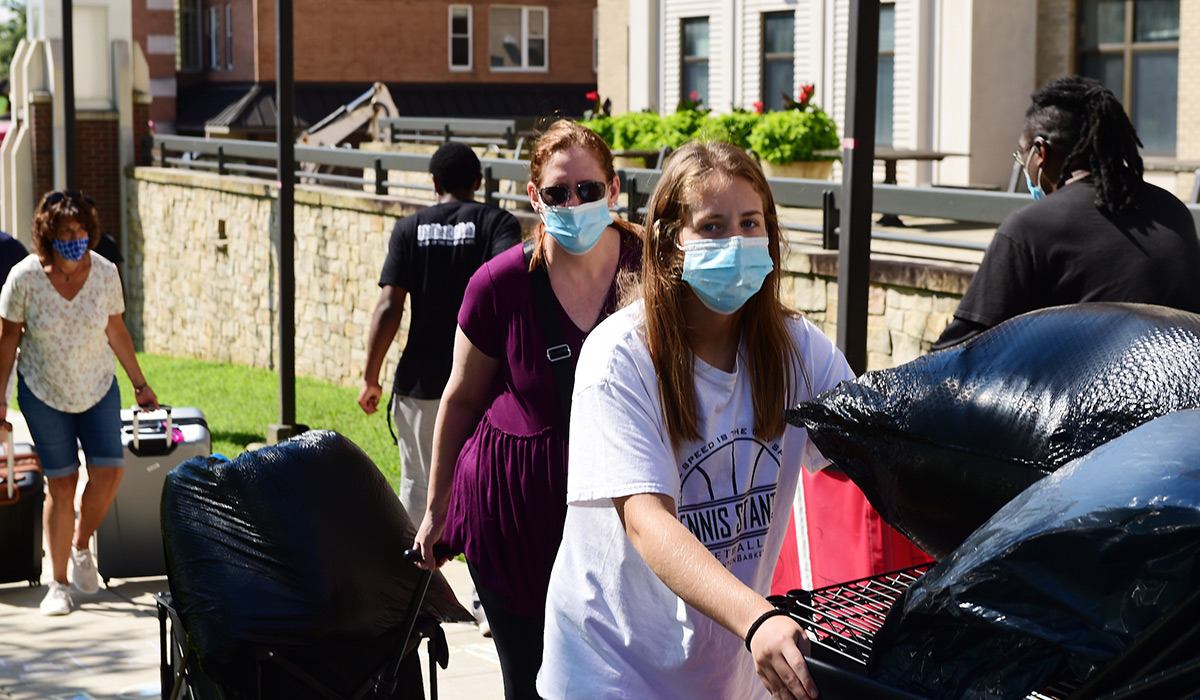 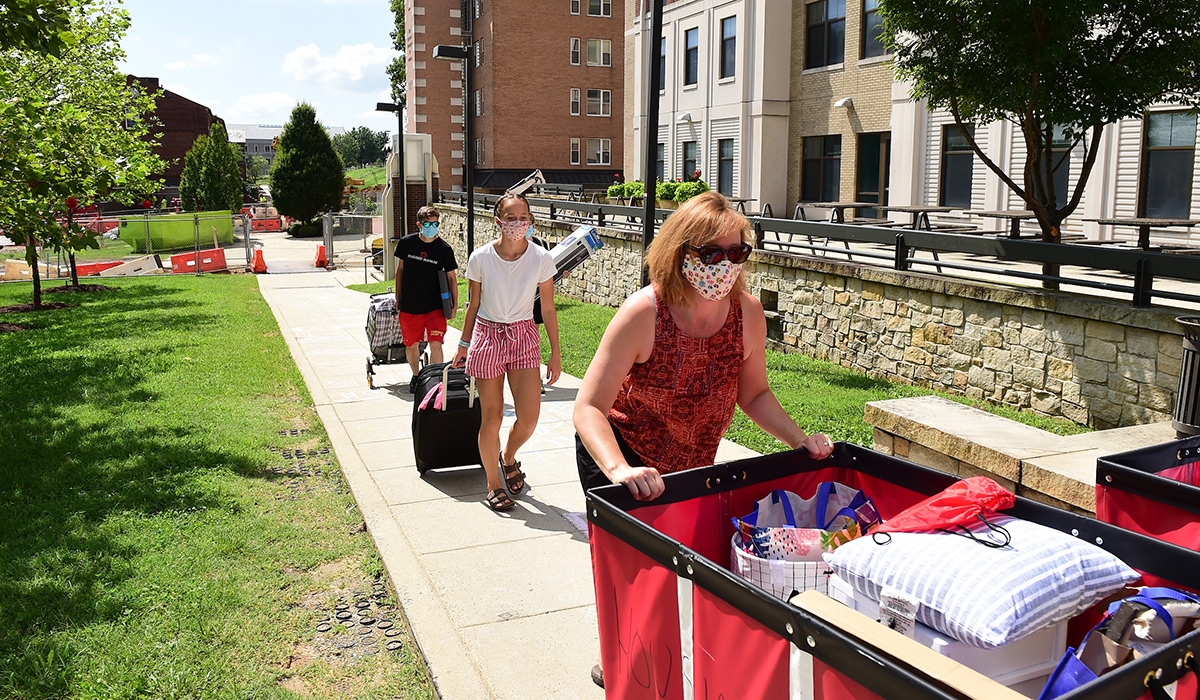 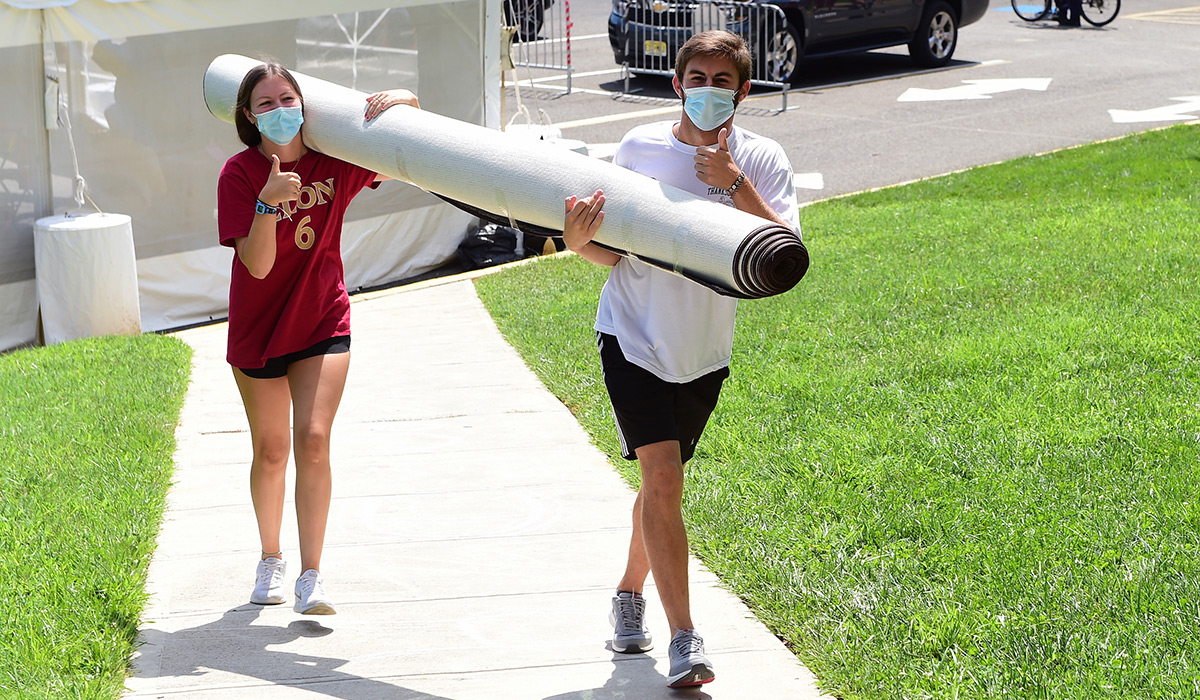 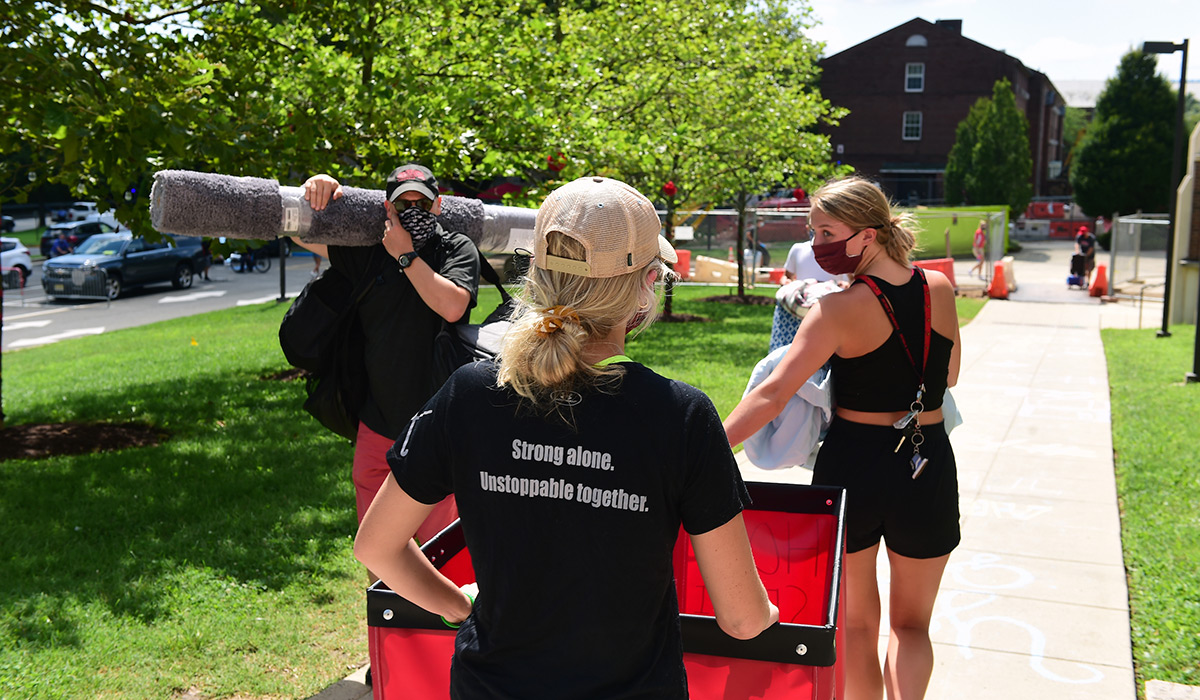 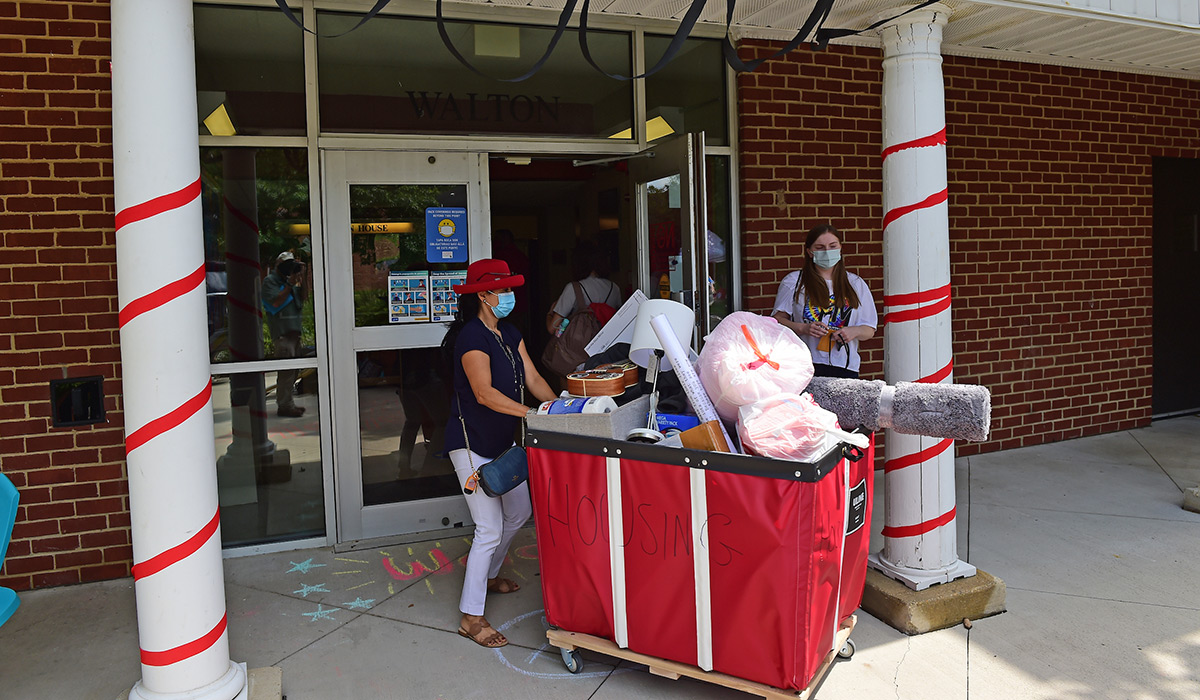 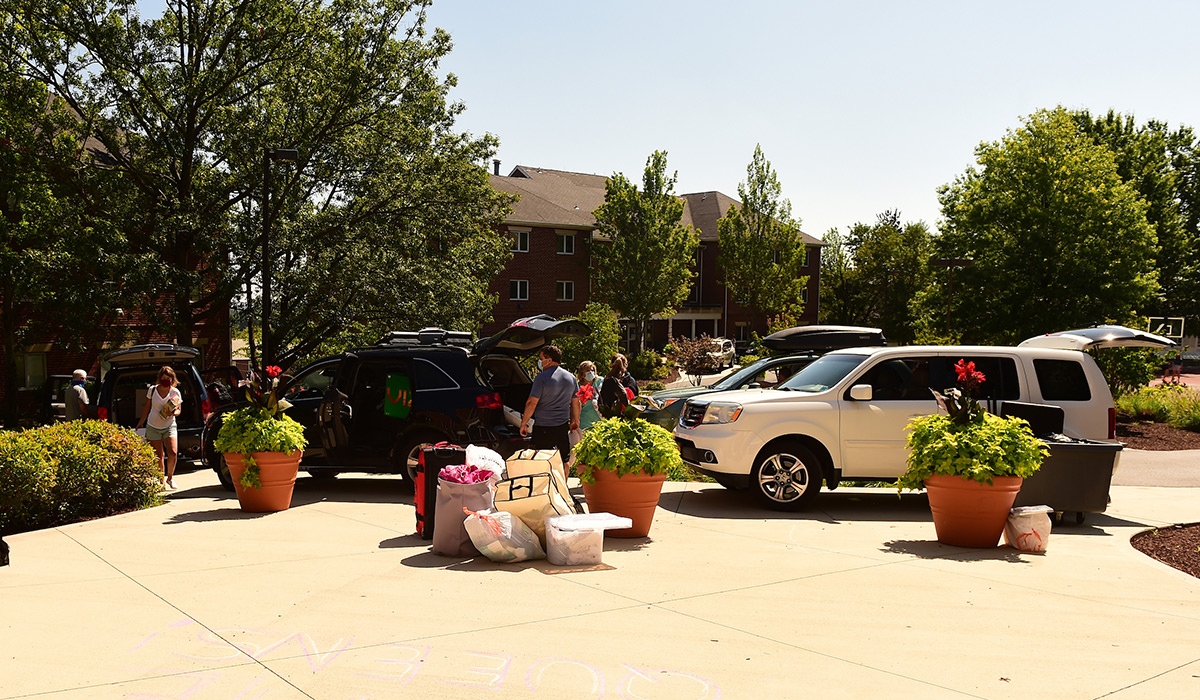 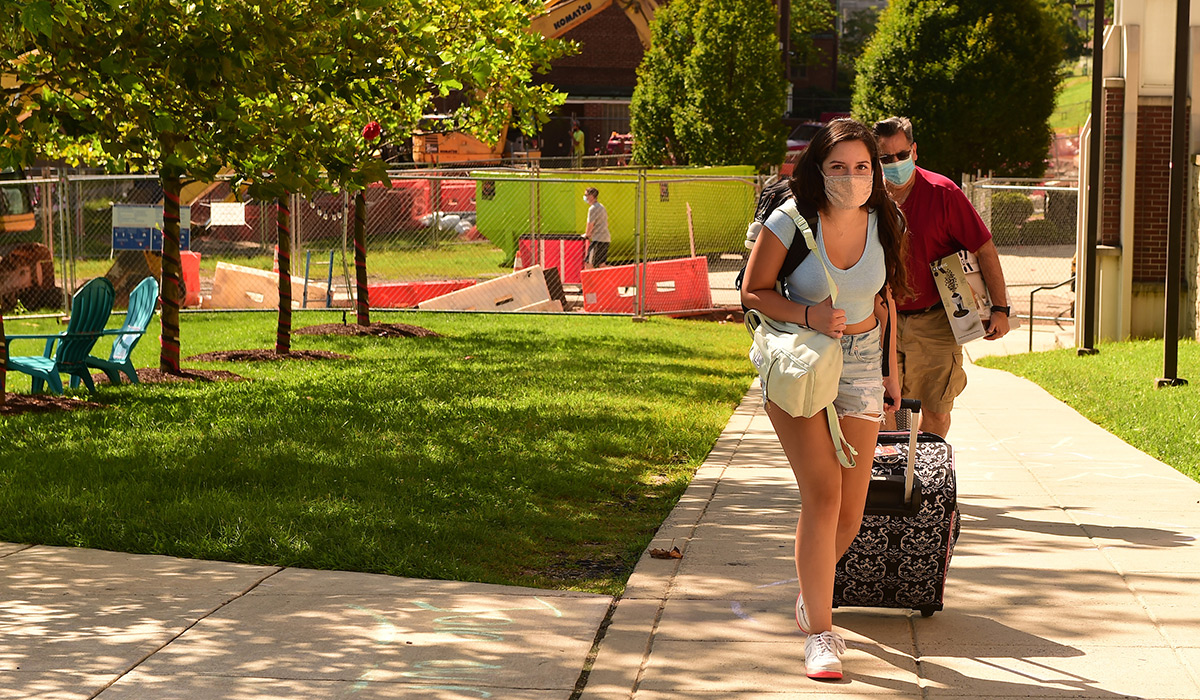 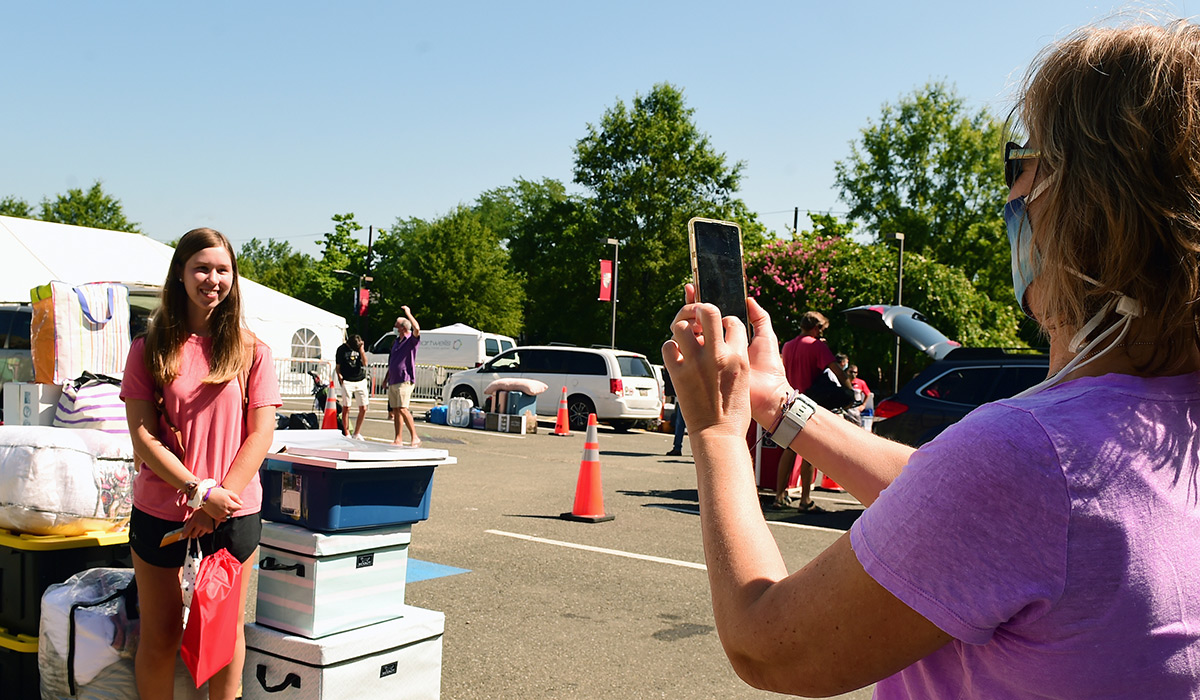 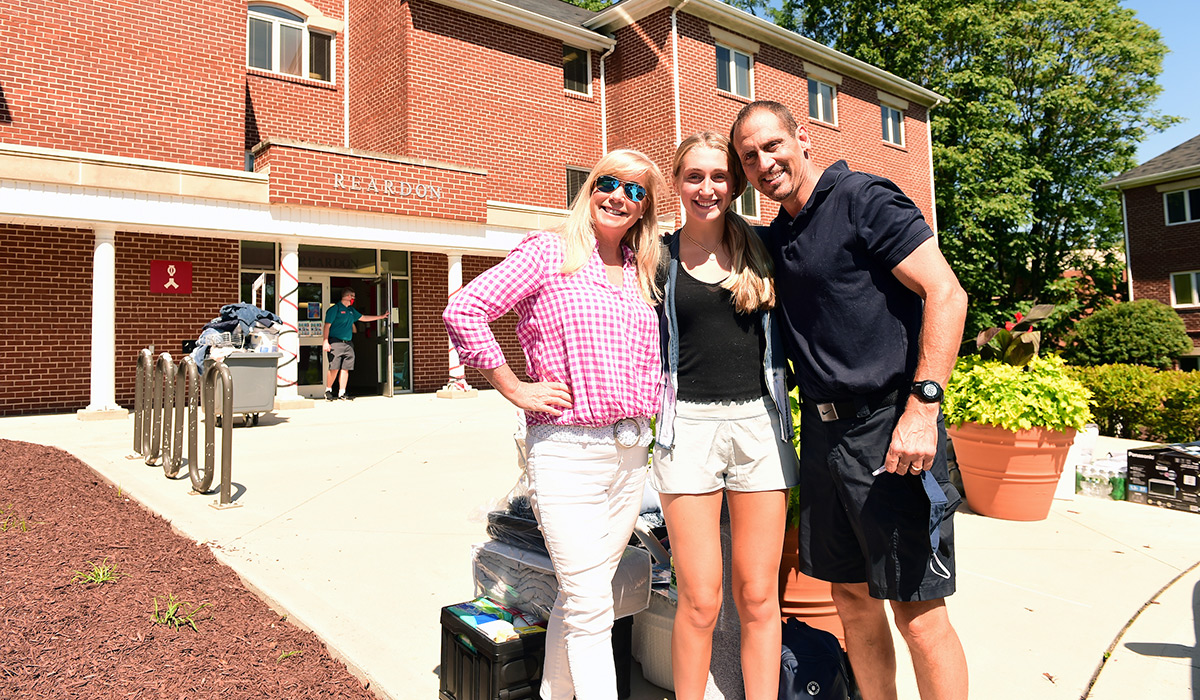 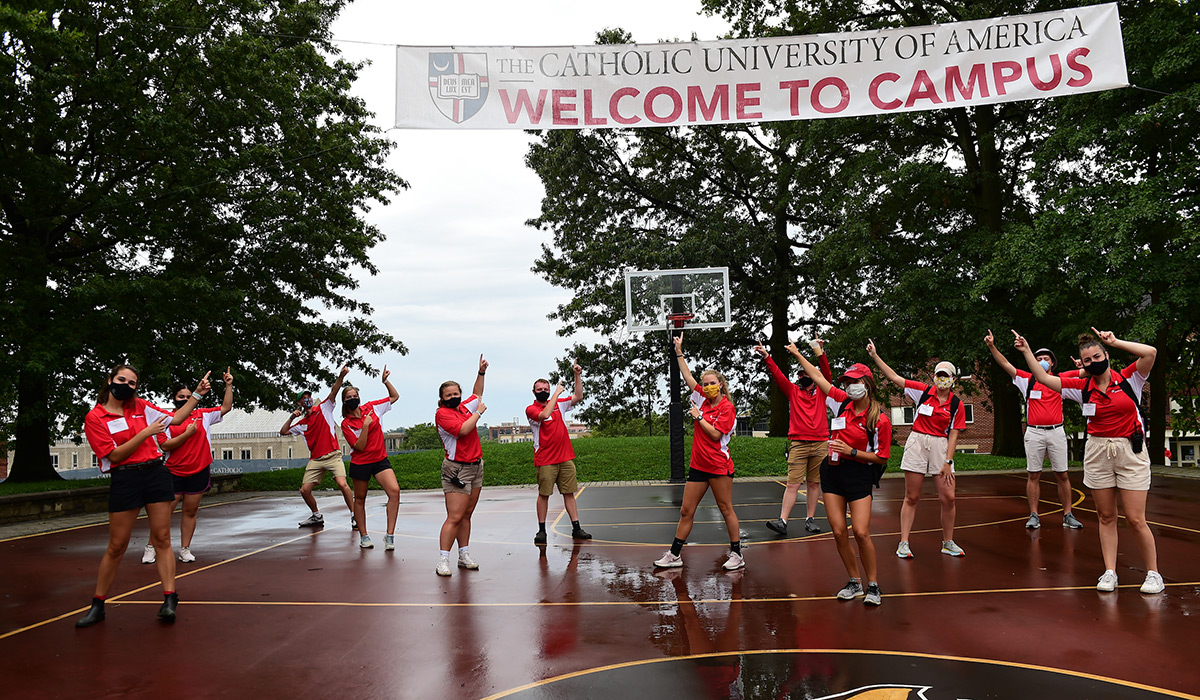 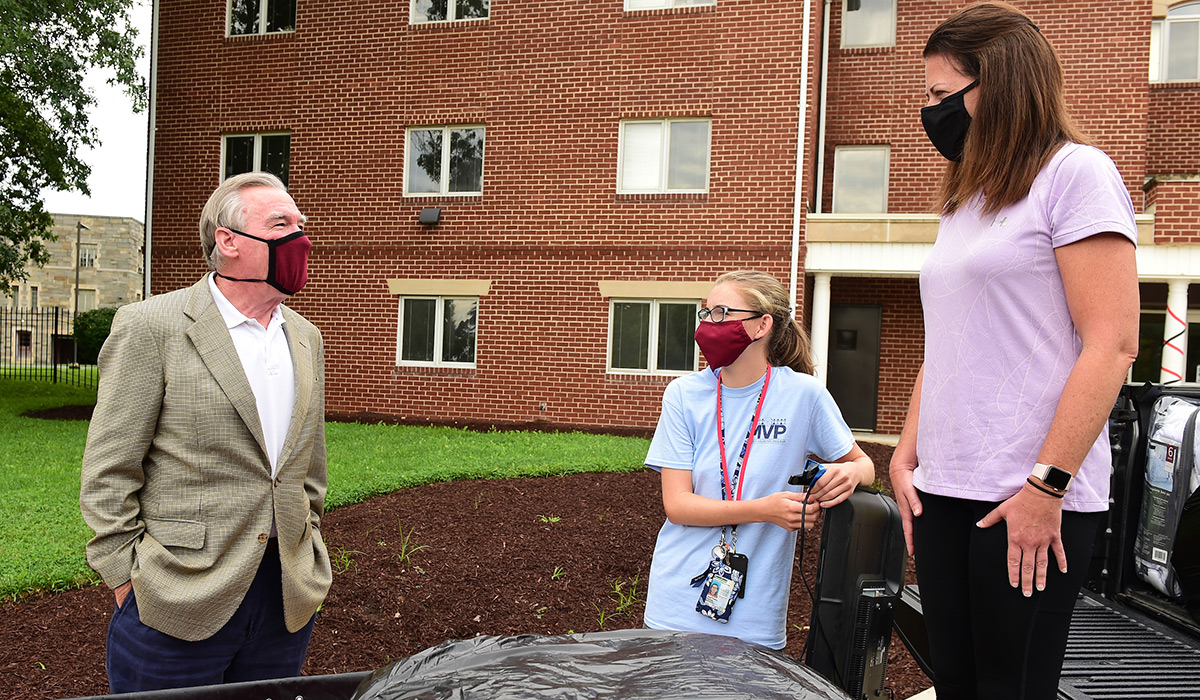 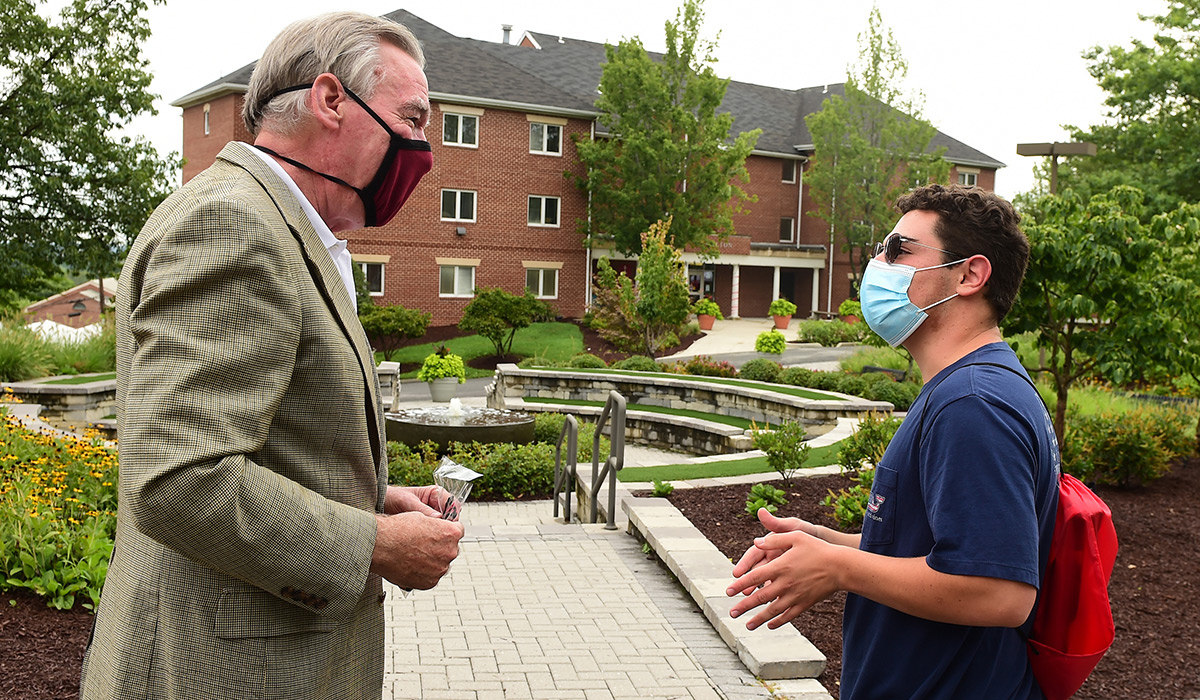 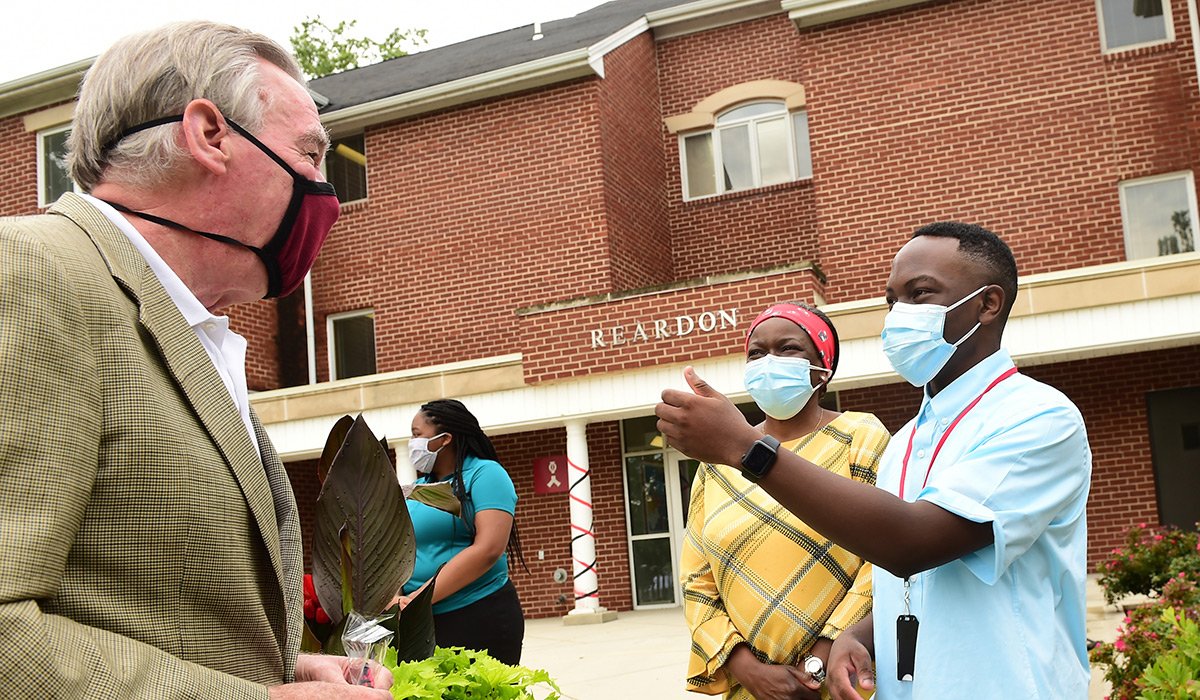 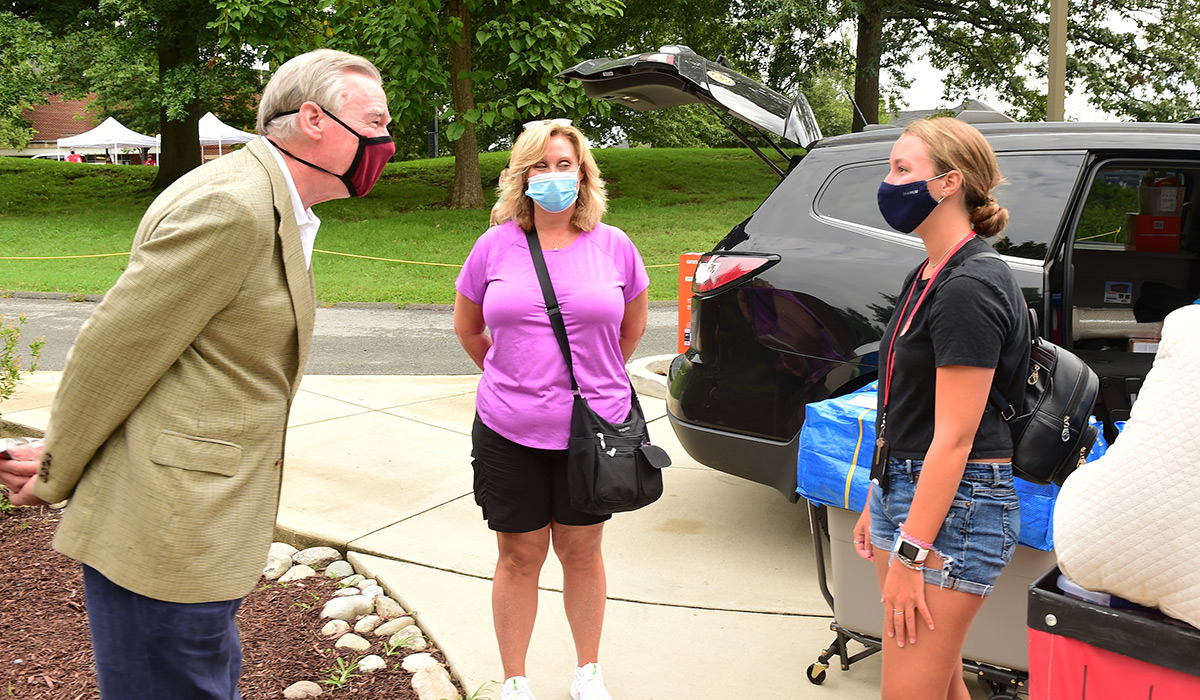 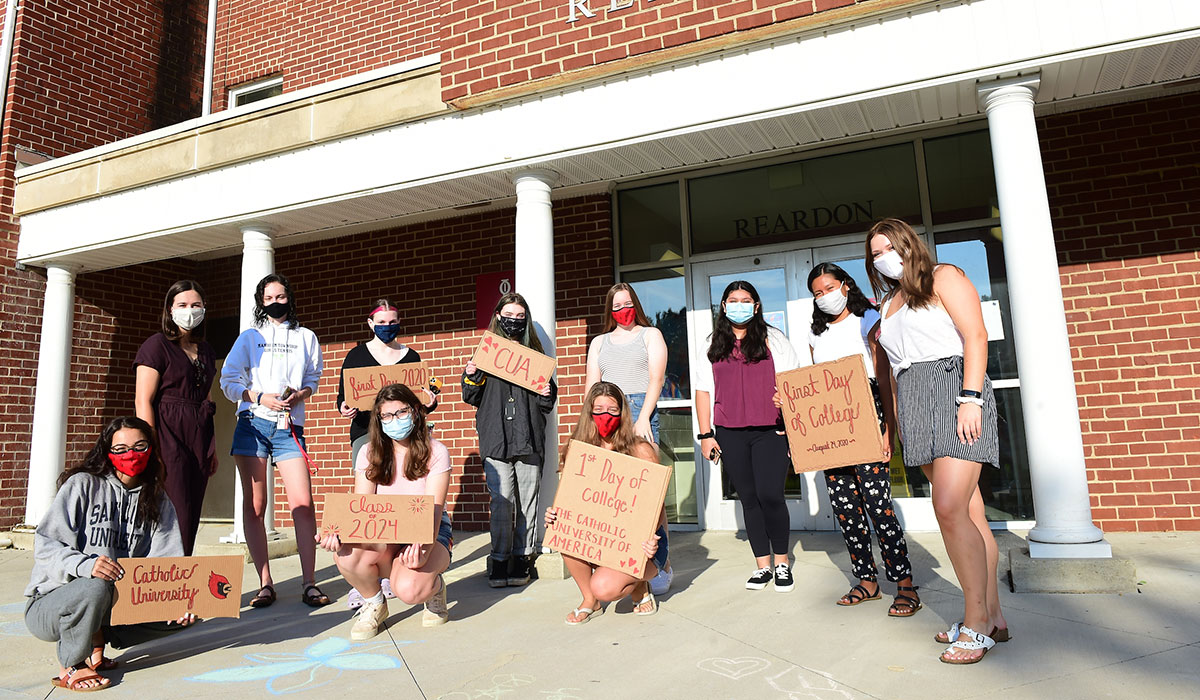 Classes began virtually for the Class of 2024 on Monday, Aug. 24. Some students took the opportunity to celebrate the moment with handmade signs. 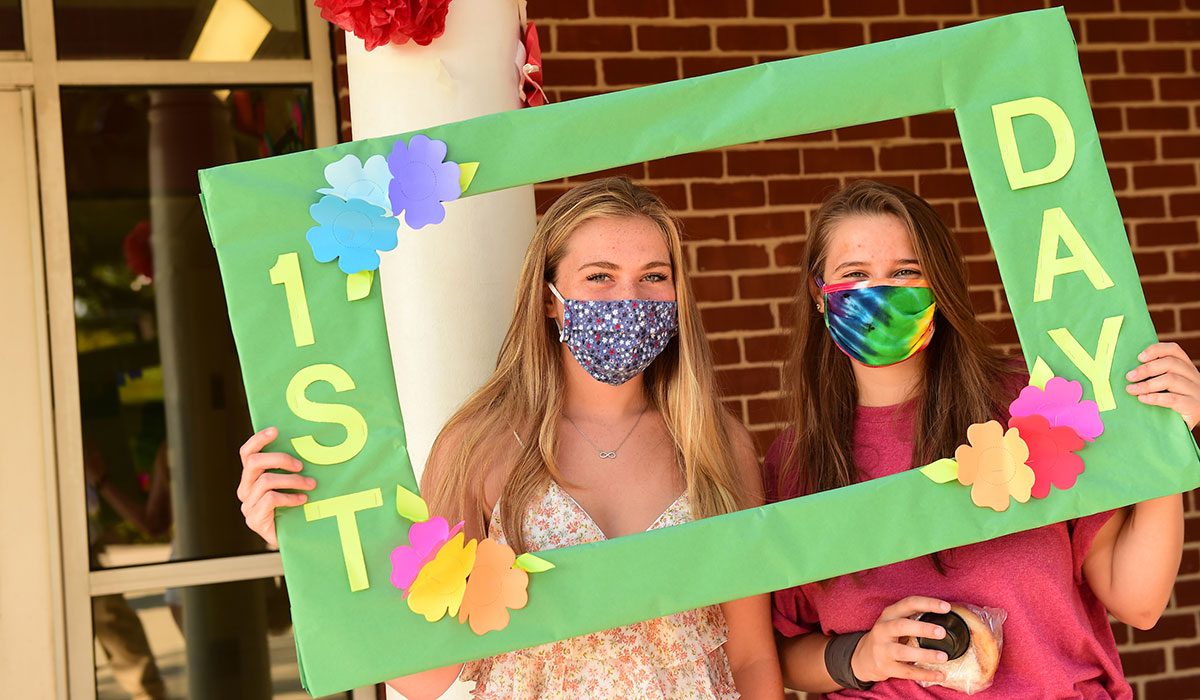 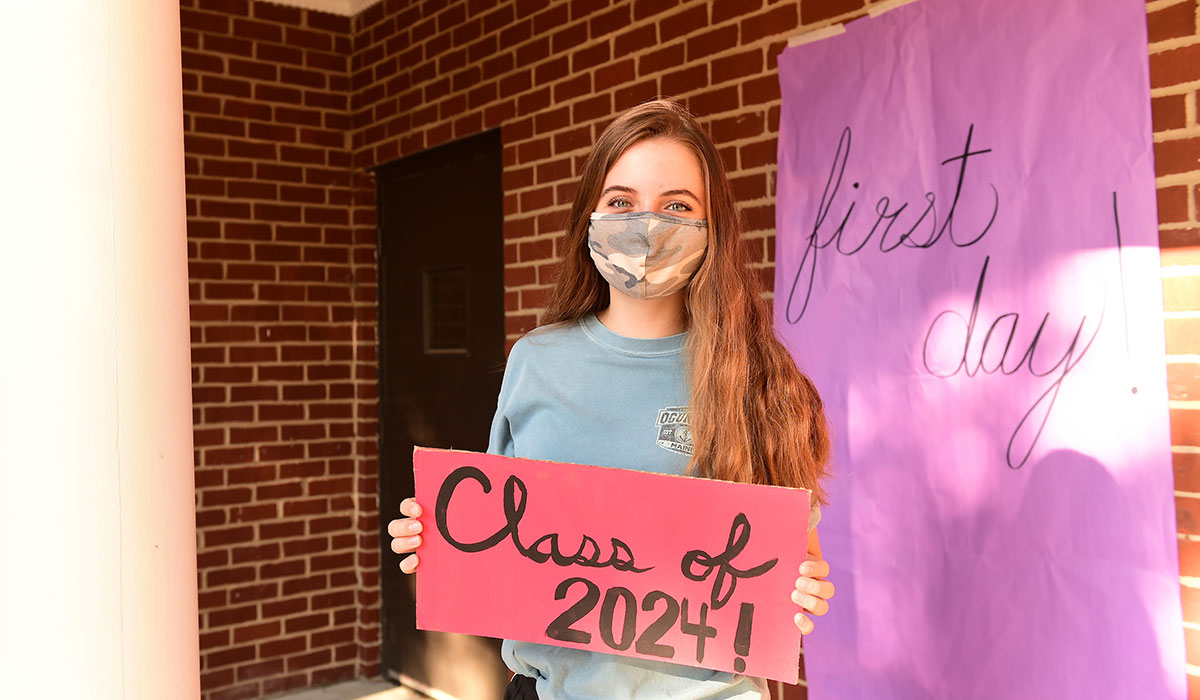