Joseph Capizzi - CUA In the Media

From: Vatican Radio Date: Feb. 25, 2008(25 Feb 08 - RV) Pope Benedict XVI addressed members of a conference on the care of the dying Monday, reiterating that the Church has always taught that direct euthanasia is a moral evil.

Pope Benedict XVI called for doctors and medical personnel to respect the dignity of the ill and dying when he addressed the participants of the Pontifical Academy for Life as they began a two-day international conference today at the Vatican's Synod Hall. Under the title, "Close by the Incurable Sick Person and the Dying: Scientific and Ethical Aspects," the 73 members of the academy along with professors and theologians meet to discuss human fragility and define what is and is not licit in the therapeutic sphere.

Joseph Capizzi is the Associate Professor of Moral Theology at The Catholic University in Washing DC and presented his paper today on secularization in the face of pain, suffering and death. He discussed how conceptions of life and death changes between cultures.

"Catholics have a conception of death where they see death as something to be suffered - as a kind of penalty for sin - it is a consequence of human transgression. It is something to be avoided, typically. In our secularized culture death can be presented almost as a good, in part because it becomes a kind of freedom of the misery of life. So you have a very stark contrast, potentially, between these two conceptions."

Archbishop of Utrecht Williem Eijk is a member of the directive council of the Pontifical Academy for Life and was the moderator for today's first session.

"So the value of our body, the value of we as a human person, remains always, and cannot be sacrificed in order to end suffering."He spoke with us about the Christian duty to assist in the relief of suffering.

We as Christians, we have the duty to relieve suffering as much as possible, to be like the Good Samaritan. For instance, palliative care is a means of relieving suffering. In this way we can prevent people from coming into such a bad situation that they will ask for euthanasia, they will ask a doctor to terminate their lives."

Euthanasia was also addressed by Pope Benedict XVI. He said that it displayed a utilitarian vision of the human person, and he reiterated the church's firm and constant condemnation of every form of direct euthanasia. 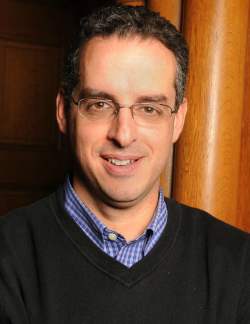 Professor of Moral Theology/Ethics and Executive Director of the Human Ecology Institute
School: School of Theology and Religious Studies
END_OF_DOCUMENT_TOKEN_TO_BE_REPLACED
Share this:

Professor of Moral Theology/Ethics and Executive Director of the Human Ecology Institute
School: School of Theology and Religious Studies
END_OF_DOCUMENT_TOKEN_TO_BE_REPLACED
Back to Top