Mark Rienzi - CUA In the Media

Don't dare ration care at the start of life

From: New York Daily News Date: Sept. 18, 2009 Author: Mark RienziLeaders on both sides of the health care debate have talked about how health care reform might impact treatments for older patients. President Obama has candidly acknowledged that his reforms related to end-of-life care will require "a very difficult democratic conversation." He does not envision resolving end-of-life issues through "normal political channels" but instead expects to have "some independent group" to give nonbinding guidance.

The President's political opponents argue that individual health care decisions should not be made by the democratic process at all, but should be decided by patients, doctors and families. They further argue that the President's plans could lead to cost-conscious government bureaucrats influencing when life-extending treatments are permitted and when they must be withheld.

Both sides have said comparatively little about the prospect of rationed care at the beginning of life, namely to women with difficult pregnancies and premature infants. As with care at the end of life, care for premature babies can be expensive. But it can often make the difference between life and death.

Consider the recent case of Sarah Capewell, reported in last week's Daily Mail in the U.K. According to the Daily Mail, Capewell went into premature labor when she was 21 weeks and four days into her pregnancy. She went to a U.K. hospital for treatments to slow her labor and accelerate fetal lung development. Under national health guidelines - which are supposedly nonbinding - Capewell was denied the treatments, because she was not fully 22 weeks pregnant. Having gone into labor a mere three days too early under the guidelines, the doctors refused to give her drugs to slow labor and give her child a better chance of survival. Capewell, who had previously experienced five miscarriages, was instructed to treat her ongoing labor as her sixth.

Her son did not cooperate with that diagnosis. Jayden Capewell was born alive the next day. Remarkably, he was able to breathe on his own. Now the mother of a living, breathing child in a hospital, Capewell did the logical thing - she asked to have Jayden admitted to the hospital's baby care unit.

She begged one pediatrician "You've got to help," and was told "No, we don't." Because he was born 48 hours too soon under "nonbinding" guidelines in the U.K., Jayden Capewell was left to die. He breathed on his own for two hours before dying in his mother's arms, untreated, in a hospital, in a country with "universal" health care.

With medical care, Jayden Capewell may have lived. Drugs known as "tocolytics" can cost as little as $15 and delay labor for two to seven days - which would have been long enough to qualify Jayden to receive medical treatment under the guidelines.

Two years earlier, an American girl named Amillia Taylor proved to the world that a baby born before 22 weeks can survive if given proper care. When Amillia was born, doctors thought she was older, and noticed that she was making an effort to breathe. Accordingly, they put her on oxygen, in an incubator and in intensive care. She is now a healthy 2-year-old girl.

Will Obama's health care proposals lead to more Jayden Capewells or more Amillia Taylors? It is a question that surely merits some discussion before we adopt sweeping health care legislation. The President's reforms are likely to bring a host of new, unelected organizations such as the "Health Choices Administration," the "Program for Administrative Simplification" and many others. The President promises these groups will not ration treatment but will simply issue nonbinding guidance.

But even if that is true, we know that Jayden Capewell was allowed to die by doctors following nonbinding guidelines in a government-run system.

The President should promise that no living, breathing babies will be denied lifesaving treatment under his plan, and that pregnant mothers who want to keep their babies will get the treatments to do so. He can allay fears by adding a simple sentence to the legislation: "No premature baby or pregnant woman shall ever be denied treatment on the basis of any guidelines or standards issued by the federal government."

If the President cannot make such a pledge - if he cannot establish, in advance, safeguards to ensure no mother is treated like Sarah Capewell and no baby like Jayden - then we should all stop and ask ourselves what, exactly, his proposal will mean for our health care system. 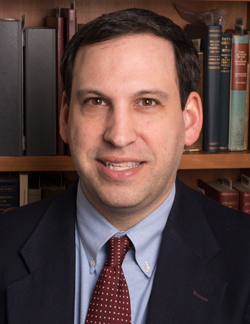 Professor
School: Columbus School of Law
END_OF_DOCUMENT_TOKEN_TO_BE_REPLACED
Back to Top