Assistant Professor of Philosophy Melissa Moschella published an article in the National Review on parental rights. See more below.

Are responsible and loving parents safe from having their children taken away from them by government agents? The Joneses had always thought so, until recent events taught them otherwise.

During his junior year in a public high school in Massachusetts, Tom Jones (pseudonym), suffering from effects of a childhood trauma inflicted by a bully in school, for which he had been receiving counseling for many years, confided to his school guidance counselor that he believed he was gay. Although she knew that Tom was already seeing a therapist, the counselor, without informing his parents, referred him to a gay youth organization, where Tom was told not to trust conventional therapy but to seek counseling from them, and was encouraged to reject his faith and his family. The result was an exacerbation of Tom's distress and the development of self-destructive behaviors.

One Friday morning, emotionally confused and angry after a romantic breakup, Tom called his guidance counselor, who illegally picked him up at his home - again without his parents' knowledge - and drove him to school. Mrs. Jones eventually found Tom in the school's guidance office, where the counselor refused to allow her to take her son home, threatening to place him in the custody of the Department for Children and Families (DCF) unless she allowed him to spend the weekend at a friend's home and agreed to seek family counseling from DCF - all this despite the fact that school officials had previously acknowledged that the Joneses were exceptionally loving and responsible parents, and that they already had a team of therapists working with Tom. 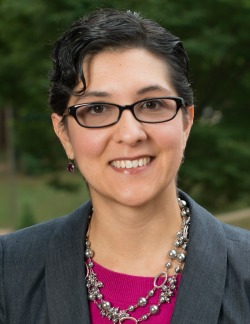 Assistant Professor
School: School of Philosophy
END_OF_DOCUMENT_TOKEN_TO_BE_REPLACED
Back to Top