Did Kurt Cobain’s Death Lower the Suicide Rate in 1994?

David Jobes, professor of psychology, was quoted in a April 4 Newsweek article on suicide. See the article below.

David A. Jobes was sitting in a hotel dining room surrounded by fellow suicide researchers when news of the highest-profile suicide in decades flashed across a screen. It was April 9, 1994.

"Literally, I was at a suicide-prevention conference with some guys from the Centers for Disease Control [and Prevention]," Jobes, a professor of psychology at the Catholic University of America, recalled this week. "We were having breakfast, and the lead story was on Kurt Cobain's suicide."

Shock at the news of the Nirvana frontman's death quickly gave way to alarm. Everything Jobes had studied suggested that there would be an epidemic of copycat suicides in the Seattle region and beyond, given the artist's massive cultural reach. History backed up the fear. The national suicide rate rose by more than 10 percent the month after Marilyn Monroe died-and that was before 24/7 media coverage.

But that's not what happened in 1994. Largely the opposite did. 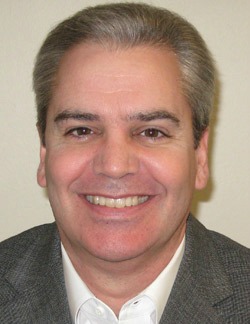 Professor of Psychology and Associate Director of Clinical Training
School: School of Arts and Sciences
END_OF_DOCUMENT_TOKEN_TO_BE_REPLACED
Share this:

Professor of Psychology and Associate Director of Clinical Training
School: School of Arts and Sciences
END_OF_DOCUMENT_TOKEN_TO_BE_REPLACED
Back to Top