Associate Professor of Law Cara Drinan was quoted in a National Catholic Register article on the death penalty. See below.

... Cara Drinan, an associate professor of law at The Catholic University of America, told the Register that in the past four decades, since the death penalty was reinstated, "there have been four fault lines in the debate": racism influencing the prosecution and sentencing process, false convictions, offenders who are mentally handicapped or mentally ill and the high costs associated with capital cases.

"For decades, Justice [Antonin] Scalia was famous for saying that no innocent person has been executed. But, in recent years, because of the Innocence Project, people have been exonerated," Drinan noted.

Some legal experts also assert that the use of lethal injection violates the Eighth Amendment of the U.S. Constitution, which prohibits cruel and unusual punishment.

But Drinan suggested that a fresh legal challenge based on the Eighth Amendment was unlikely to succeed on the merits, given a 2008 U.S. Supreme ruling that found that the use of lethal injection in a Kentucky execution was constitutional.

The "Constitution does not demand the avoidance of all risk of pain in carrying out executions," Chief Justice John Roberts said in that ruling. ... 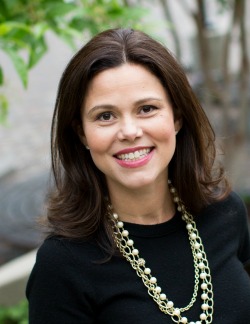 Professor of Law
School: Columbus School of Law
END_OF_DOCUMENT_TOKEN_TO_BE_REPLACED
Back to Top