Andrew Simpson, professor of music, composed the score for a short film discovered by the Library of Congress of the Washington Senators in game 7 of the 1924 World Series. See below.

When eight cans of nitrate film arrived at the Library of Congress in August, a staffer began a routine inspection to see what sort of physical condition the film was in. Without even watching the footage, she quickly noticed a headline screaming out from one of the newsreels: "SENATORS WIN WORLD SERIES," it said. "40,000 frantic fans see American Leaguers take 12-inning deciding game, 4 to 3."

Indeed, while footage of prior World Series exists, Library officials aren't aware of any other clips from the 1924 clincher. And with Nats playoff fever building, they expedited their conservation of this particular reel, prepping and cleaning it to allow for digital transfer, creating a new 35 mm copy, and photochemically preserving the original, which should now be safe for hundreds of years.

Composer and pianist Andrew Simpson - a professor at Catholic University (and a Nats fan) - agreed to provide a musical scoring for the silent film, and the final result is seen here: surely the best look at the 1924 World Series the vast majority of living baseball fans has ever seen. 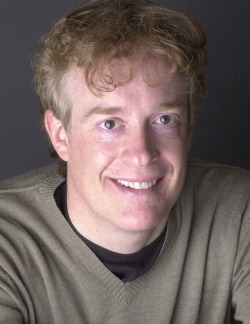 Professor
School: Rome School of Music, Drama, and Art
END_OF_DOCUMENT_TOKEN_TO_BE_REPLACED
Back to Top