What do Liturgical Colors Mean?

Rev. Michael Witczak , associate professor of liturgical studies, was interviewed for a story in the Arlington Catholic Herald on liturgical colors. See below.

What do liturgical colors mean?

Colors have been part of the liturgy since the beginning of the church, according to Father Michael Witczak, associate professor of liturgical studies at Catholic University in Washington and past president of the North American Academy of Liturgy. The colors, each with its own significance, "emerged out of the fact that people like variety, and the origin of colors are rooted in the meaning of an individual season," Father Witczak said.

The first person to systematize the Roman Catholic color scheme was Pope Innocent III, pontiff from 1198 to 1216, who named four liturgical colors: white, red, black and green. The exact shade depended on what dyes were available at the time, and names for colors could differ, said Father Witczak. 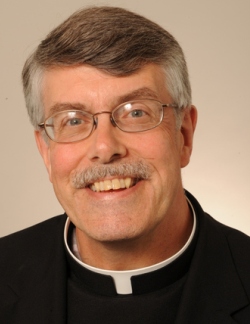 Associate Professor of Liturgical Studies
END_OF_DOCUMENT_TOKEN_TO_BE_REPLACED
Back to Top