Matthew Green , associate professor of politics, was quoted in an op-ed in the Pekin Daily Times on the midterm election. See below.

Election: more of the same lack of action?

It's not just Republicans. Illinois is one of a handful of states, along with Connecticut, Maryland and a few others, where Democrats controlled re-districting, and it favors those in power in the states, Republican or Democrat. It's a destructive, anti-democratic practice, whoever does it.

"The biggest reason is that there are very few districts represented by an incumbent from the 'wrong' party," said Matthew Green, a professor at Catholic University of America who specializes in Congress. "Out of 435 congressional seats, perhaps 20 of them are held by a member whose district leans away from his or her party, with maybe a dozen more being true 'swing' districts. With those numbers, most House elections are bound to be boring affairs." 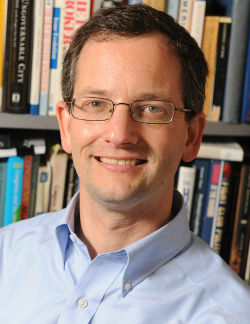 Professor
School: School of Arts and Sciences
END_OF_DOCUMENT_TOKEN_TO_BE_REPLACED
Share this:

Professor
School: School of Arts and Sciences
END_OF_DOCUMENT_TOKEN_TO_BE_REPLACED
Back to Top