Francis and the Fate of the Synod

Christopher Ruddy , associate professor, theology, published an essay in Commonweal on the recent Synod. See below.

Unforced Errors? Francis & the Fate of the Synod

When asked in 1972 by Richard Nixon what he thought about the impact of the French Revolution, the then-Chinese Premier Zhou Enlai replied, "It's too early to say." This story is inaccurate-Zhou likely thought he was being asked about the French student demonstrations of 1968-but the point remains: an event's meaning can take a long time to work itself out. I write only a few days after the Synod on the Family closed, but the same can be said of it: its fate rests in the hands of the entire church, not least in those of the pope who will likely issue with unprecedented alacrity an apostolic exhortation in response to the synod's final report.

In good Franciscan (papal, that is) fashion, I would like to focus my reflections on three words: process, papacy, and accompaniment. 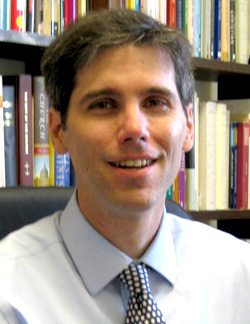 Associate Professor of Historical and Systematic Theology
END_OF_DOCUMENT_TOKEN_TO_BE_REPLACED
Share this:

Associate Professor of Historical and Systematic Theology
END_OF_DOCUMENT_TOKEN_TO_BE_REPLACED
Back to Top