Pope’s Choir Visits US for First Time in Decades

Grayson Wagstaff, dean, and Timothy McDonnell, director, choral studies and the Institute of Sacred Music, were quoted in a National Catholic Register story on the upcoming visit of the Sistine Chapel Choir.

... Grayson Wagstaff, dean and professor of musicology at the Benjamin T. Rome School of Music at CUA, called the tour “historic” because the choir has not been to the U.S. for 30 years and also because Msgr. Palombella has rejuvenated the choir by performing works from the Vatican Archives, especially pieces from the “golden era” of the late 15th and 16th centuries in the Renaissance style of polyphonic sacred music.

Wagstaff said that he hoped the tour would serve as an inspiration for Catholic parishes in the U.S. that might want to turn more to the Church’s rich musical heritage.

“This tour is in many ways a debut for this choir on a global stage,” said Tim McDonnell, director of choral studies and of the Institute of Sacred Music at the Benjamin T. Rome School of Music at CUA. The Renaissance choir, McDonnell noted, has undergone its own renaissance in recent years under the direction of Msgr. Palombella, who was appointed by Pope Benedict XVI in 2010. And with two albums recorded for the prestigious Deutsche Grammophon label and a laudatory profile on CBS’ 60 Minutes in December, the choir is now gaining critical acclaim. ...

Continue reading in the END_OF_DOCUMENT_TOKEN_TO_BE_REPLACED 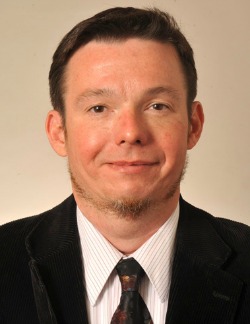 Associate Professor of Music, Director of Choral Activities
School: Rome School of Music, Drama, and Art
END_OF_DOCUMENT_TOKEN_TO_BE_REPLACED
Back to Top