Eileen Dombo, professor, social work, was named to a panel to oversee clergy sex abuse allegations in the Altoona-Johnstown Diocese. The Associated Press reported on the panel.

... The board will be chaired by James W. Brown, former chief of staff to Democratic Sen. Bob Casey and his father, Democratic former Gov. Bob Casey. The other members are Walter "Pete" Carson, a former state police investigator; Eileen Dombo, a professor and assistant dean at The Catholic University of America; Mary Herwig, an abuse victim turned advocate; and J. Alan Johnson, a former U.S. attorney who is perhaps best known for his prosecution of cocaine trafficking in Major League Baseball in an investigation that centered on the Pittsburgh Pirates clubhouse in the 1980s. ... 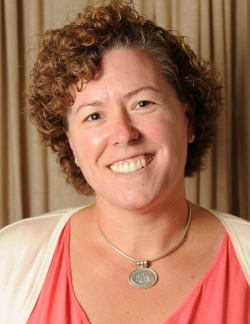