Kurt Martens, professor, canon law, was quoted in a Wall Street Journal article about Pope Francis’s handling of the situation involving the bishops of Chile who have offered to resign in the wake of the sex abuse crisis in the South American country.

... Pope Francis “has played it very well in the sense that no one asks about the pope’s responsibility,” “said Kurt Martens, a professor of canon law at the Catholic University of America. “The focus has now shifted from that trip, and the way [the pope] dealt with the victims, to the bishops and whatever their responsibility is.”

Mr. Martens said Pope Francis’ handling of the episode made it clear to the world’s bishops in general that, despite his frequent talk of decentralization and consultation, “when it really matters, he shows his power.” ...

Continue reading in the END_OF_DOCUMENT_TOKEN_TO_BE_REPLACED 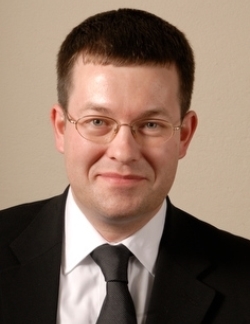 Professor
School: School of Canon Law
END_OF_DOCUMENT_TOKEN_TO_BE_REPLACED
Back to Top