A vast collection of rare books, one-of-a-kind manuscripts, letters, maps, and works of art pertaining to Brazilian history and culture is now available to the public thanks to the reopening of The Catholic University of America’s Oliveira Lima Library. To celebrate the occasion, the University hosted Brazilian Ambassador Sergio Amaral for a special tour of the library on January 31.

The largest collection of its kind outside of Brazil, the Oliveira Lima Library consists of the personal library of the famous Brazilian diplomat, historian, and journalist Manoel de Oliveira Lima, who lived from 1867 to 1928. The collection was donated to the University by Lima and his wife, Flora, in 1916, who served as the collection’s first curators.

After Flora’s death in 1940, the collection was curated by history professor Manoel Cardozo until 1985 and history professor Thomas Cohen until recently. Now physics professor Duilia de Mello, the University’s vice provost and dean of assessment, is chairing the Administrative Committee tasked to plan the future of the library by the Provost.

Notable items within the library include rare early editions of Os Lusiadas, a Portuguese epic poem by Luís Vaz de Camões that is widely recognized as the most important work of Portuguese literature; as well as thousands of letters exchanged between the leading Portuguese and Brazilian writers of Lima’s day. The collection also includes original paintings by Nicolas-Antoine Taunay, Antônio Parreiras, and Frans Post.

In addition to re-opening the library, de Mello hopes to modernize the collection. She is currently looking for sponsors to build a Brazil Center where the entire collection could be properly stored and accessible to researchers, students, and members of the public. One goal of the center, she said, would be to serve as a world-class center for research, scholarship, and cultural engagement while increasing the University’s relationships with researchers in Latin America and around the world. The first resident scholar is Nathalia Henrich, a specialist on Oliveira Lima’s life, work, and legacy.

“This library has been at the University for 100 years; now what I want is to prepare this library for the next 100 years,” de Mello said. “We envision this as a treasure of Brazil in Washington, D.C.”

Currently, de Mello is working with Henrich to classify the many priceless pieces within the collection.

"I’m excited about this because we’re finding a lot of things that were not known or catalogued, that have been kind of lost in time,” she said. “It’s almost like treasure hunting.”

An astrophysicist by trade, de Mello never expected to be in charge of a library of any kind. But as a Brazilian, she finds the work very fulfilling. 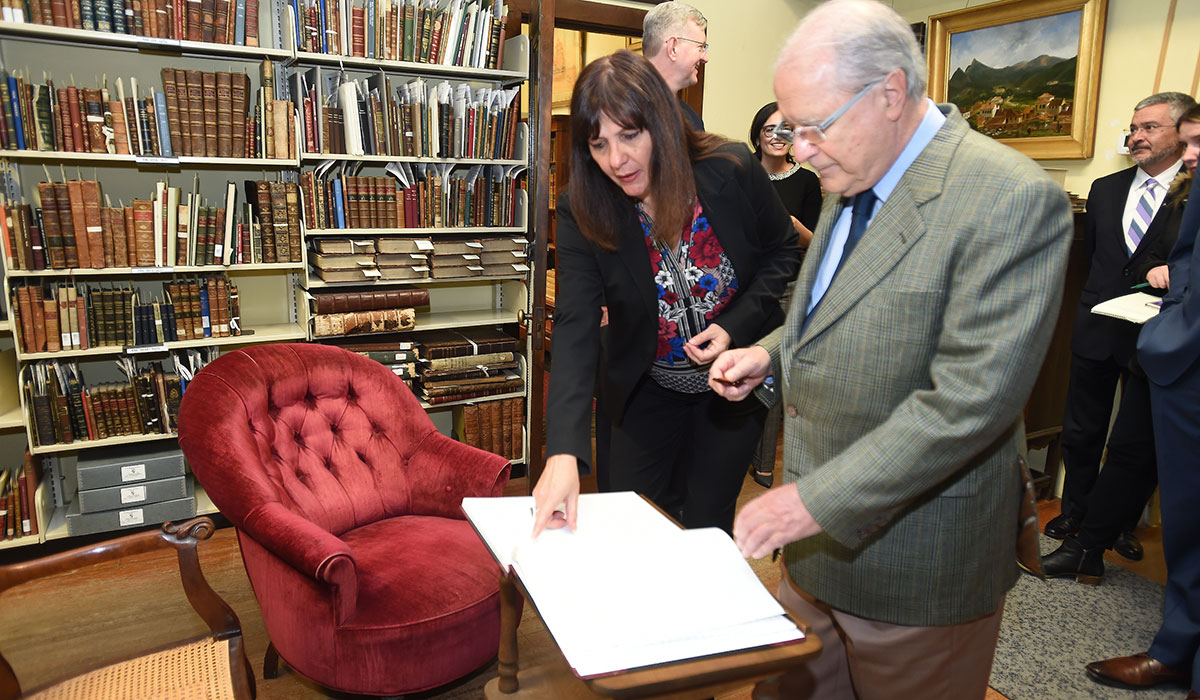 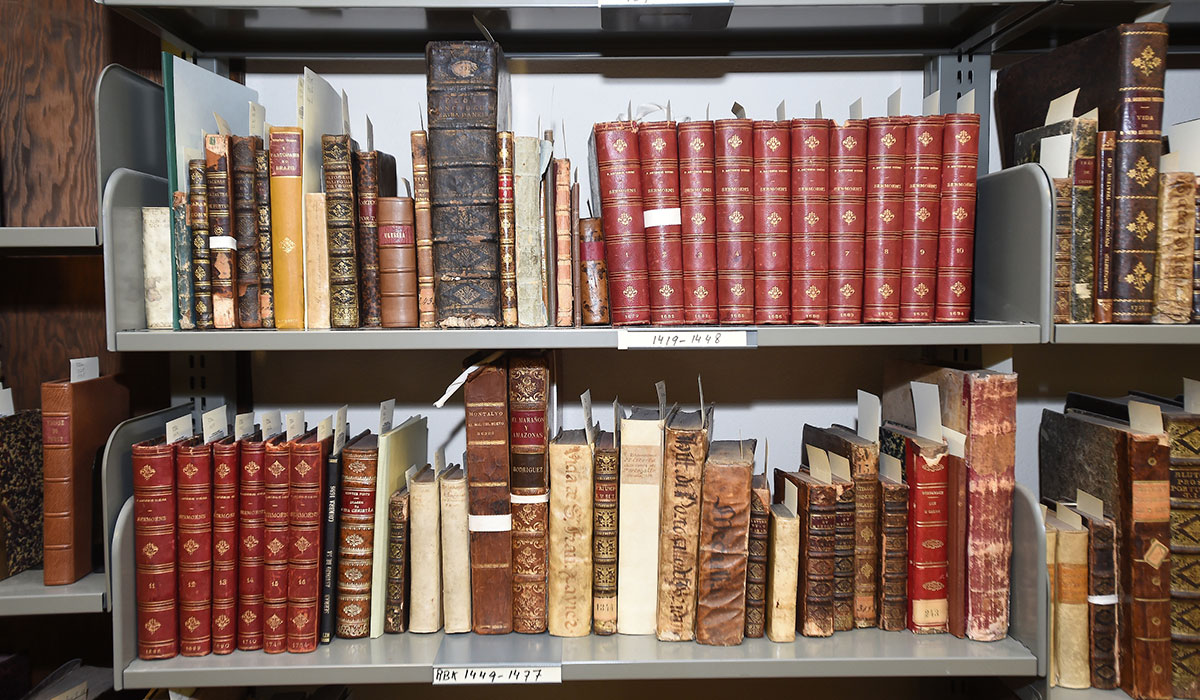 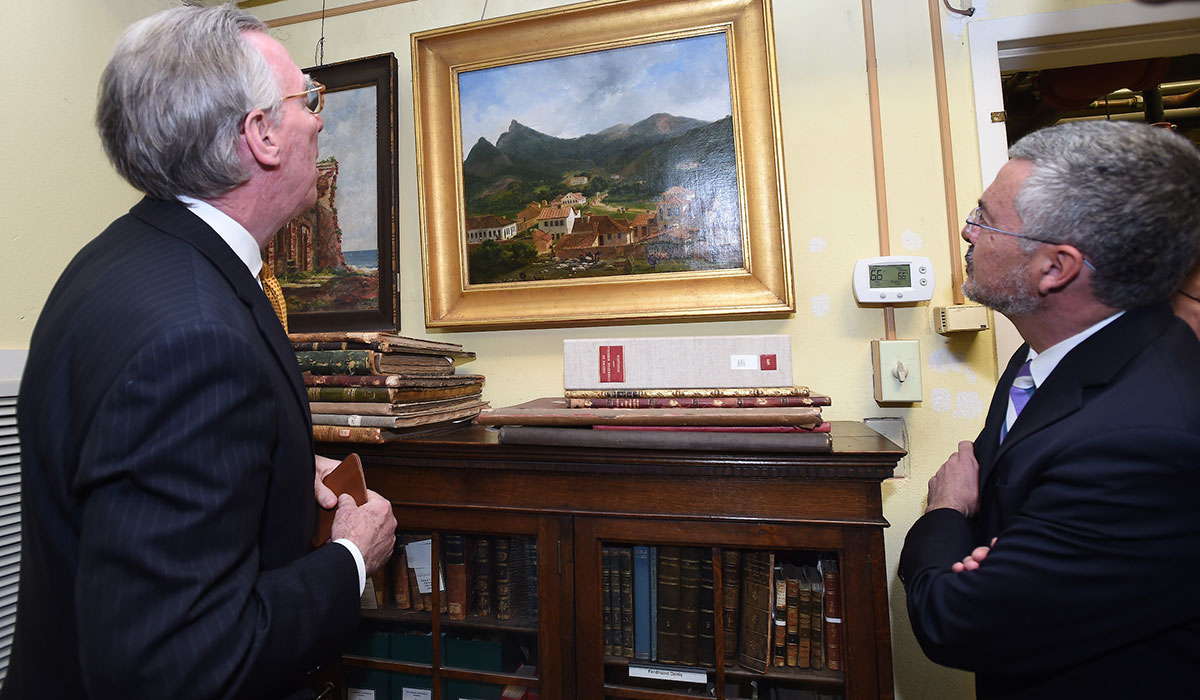 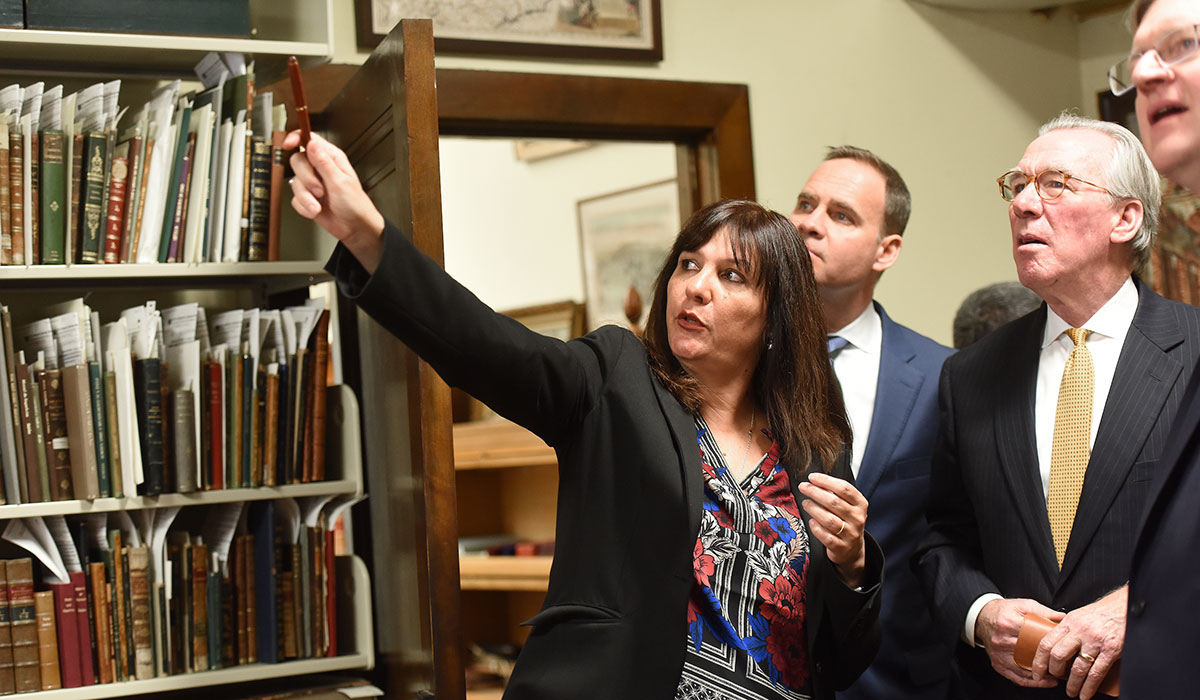 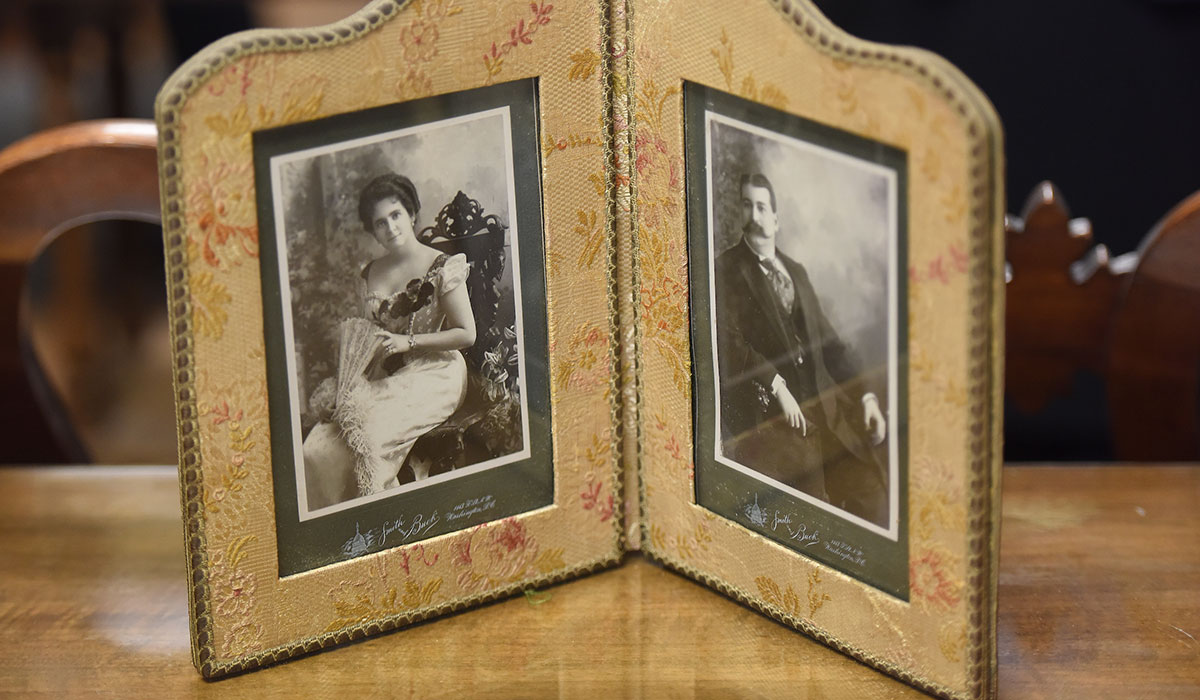 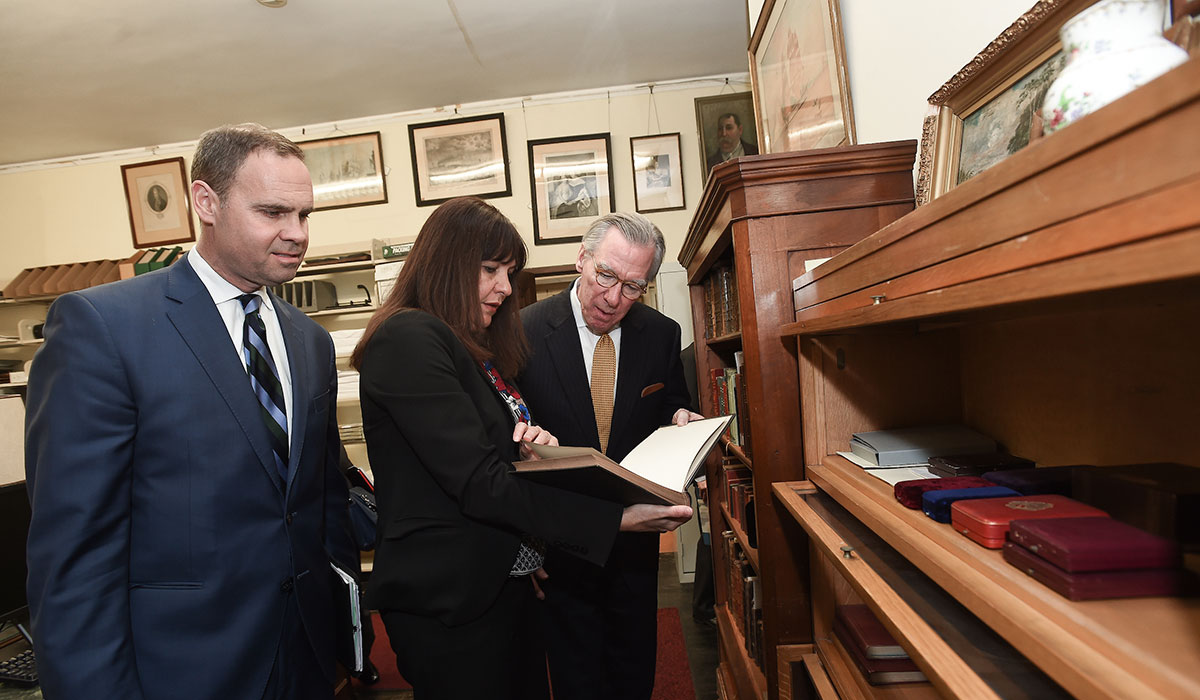 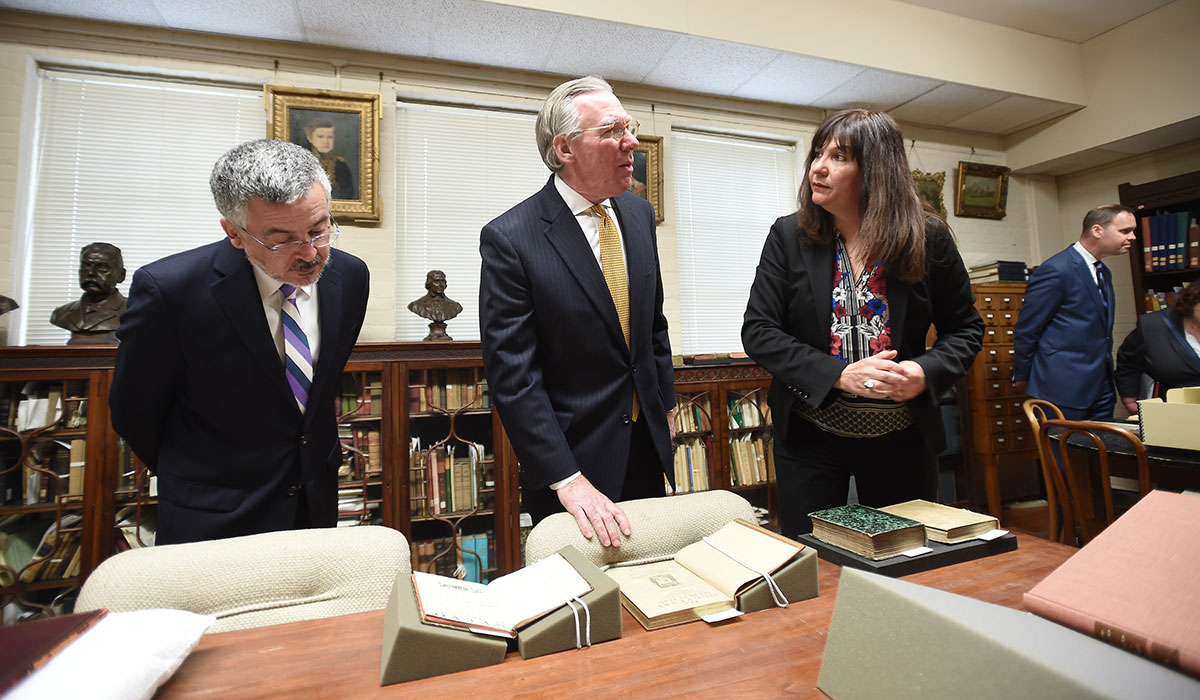 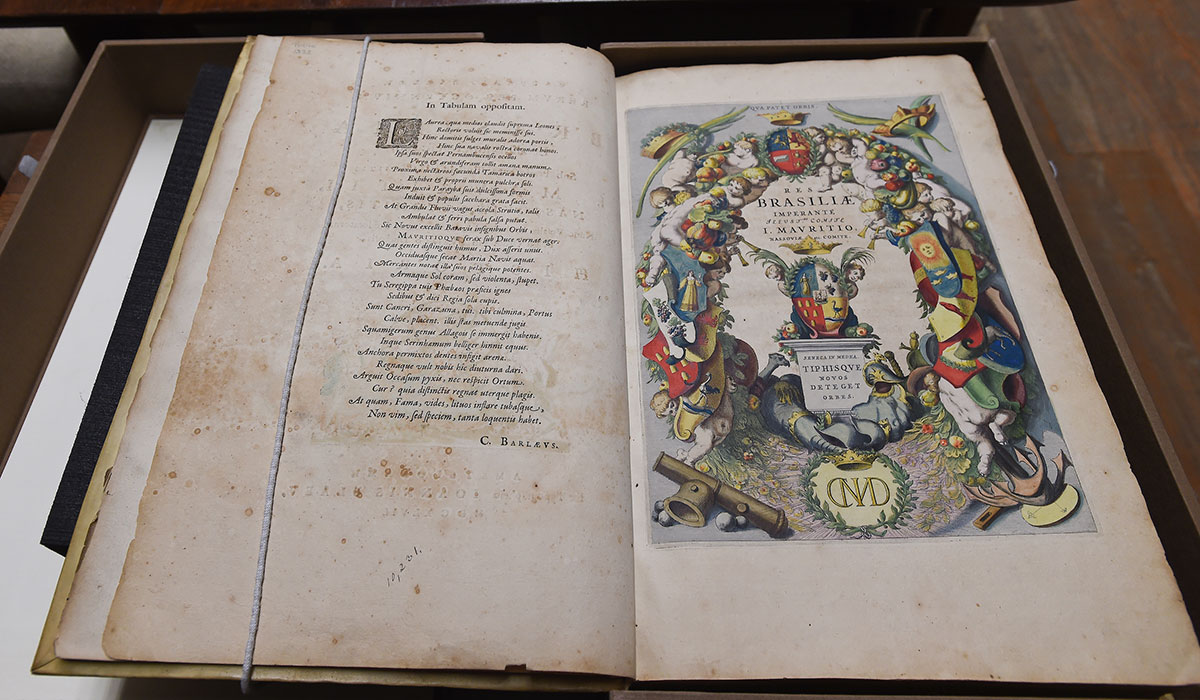