Choir members from The Catholic University of America had a rare opportunity to perform alongside some of the world’s most talented musicians on April 26, during a performance with the Los Angeles Philharmonic conducted by the renowned music director Gustavo Dudamel. The students performed Beethoven’s Ninth Symphony with the orchestra during a concert presented by the Washington Performing Arts at the John F. Kennedy Center for the Performing Arts.

Junior musical theatre major Paul Roeckell was one of the students chosen to perform during the concert. Though he had previously performed at the Kennedy Center several times with the University, this was his first experience singing in the Concert Hall before a crowd that was almost entirely sold out.

“To stand up in the choir loft, it looks as if you’re looking down a mile into space and the whole hall was completely packed,” Roeckell said. “Performing there feels like you’re singing into this huge void. It brings something out of you which is really unique.”

Catholic University was the only University invited to participate in the concert, with students singing in a chorus comprising performers from several prestigious Washington, D.C., choral groups, including the Washington Chorus, the Choral Arts Society of Washington, and members of the Washington Performing Arts Men and Women of the Gospel Choir.

Performing alongside an orchestra that has been hailed by The New York Times as “the most important orchestra in America” was “the experience of a lifetime for students,” said Timothy McDonnell, director of choral activities and the Institute of Sacred Music. The concert was part of the Los Angeles Philharmonic’s five-city international tour, with stops in Boston, New York, London, and Paris.

“That’s just amazing that we were plugged into something so extraordinary,” said McDonnell.

Music school Dean Grayson Wagstaff noted that this was the first time the University has collaborated with the Washington Performing Arts (WPA).

"I'd like to extend a thank you to Jenny Bilfield, president and CEO of WPA, for inviting our students to be a part of this remarkable performance," he said. Wagstaff also praised Bilfield's extraordinary work bringing great music to the Washington region and for WPA's efforts to help low-income students receive instruments and music lessons.

A particularly thrilling aspect of the performance, according to McDonnell, was working with Dudamel, who is widely recognized as one of the most skilled conductors in the world.

“I can’t emphasize enough how important Maestro Dudamel is in the world of music,” he said. “This is like our students sharing the stage with Bernstein, or Toscanini, or Mahler. Dudamel is certainly regarded as the very top of the profession, hands down.”

McDonnell said he was most inspired by Dudamel’s musicality and charisma during the rehearsals. He believes his presence had a strong impact on the students, who seemed “enchanted.”

“There was incredible joy in that room and that’s what Beethoven’s Ninth is all about — joy,” he said. “The joy of being together, being brought together by this great music, that fabulous orchestra and that remarkable conductor — it will ring on in our memories for the rest of our lives.”

Roeckell said he was most impressed by Dudamel’s dedication and passion for the music.

“It was amazing to see the amount of energy that just exudes from him on stage,” Roeckell said. “At the end of the performance, he clutched his stomach and looked as if he had just walked off the battlefield. It was if he had given us everything he could possibly give us in this piece.”

Another student singer was Stephanie Kocka, a double major in math and musical performance. Kocka had sung in the Kennedy Center’s Concert Hall once before, during the Benjamin T. Rome School of Music’s 50th Anniversary Gala Concert in April 2015. That concert, which was prompted by Wagstaff, marked the University’s first performance in the Concert Hall since 2000.

Only a few weeks before her graduation, Kocka said she was thrilled to return to the venue for one last performance with her classmates.

“It was so huge, especially for me and my friends who sang there as freshmen,” she said. “What a way to go out, we came full circle and got to sing in the same place twice.”

Kocka said she was honored to perform alongside Dudamel and the Los Angeles Philharmonic. She also enjoyed the opportunity to work alongside professional musicians from local choral groups in such a unique way.

“We were the youngest group, so we got to talk to people who had much more experience in the field,” she said. “Not many people get to do these kinds of things and yet our school has found these amazing opportunities for its students. It’s such a privilege to be able to do it.” 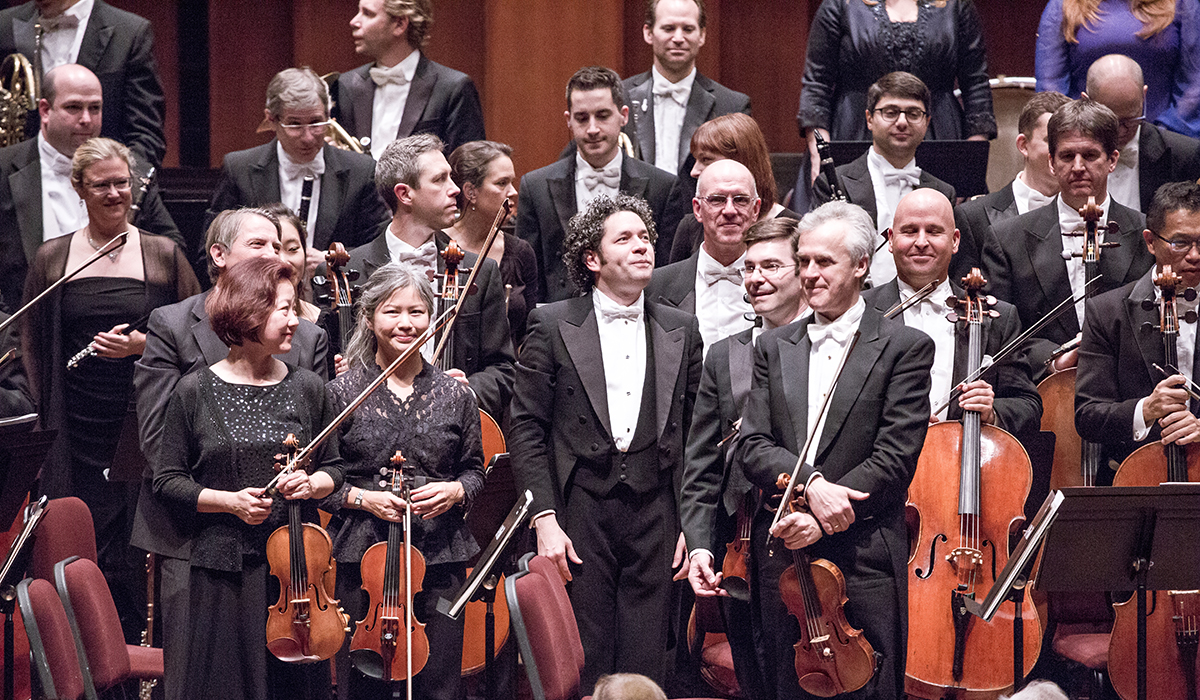 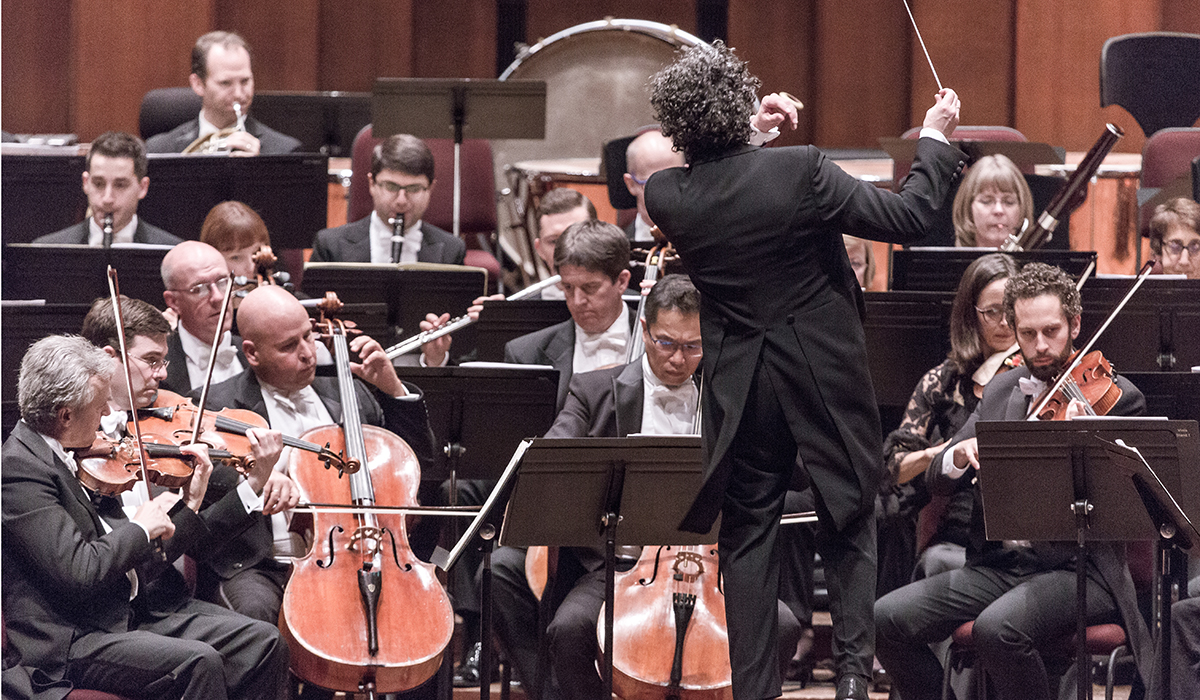 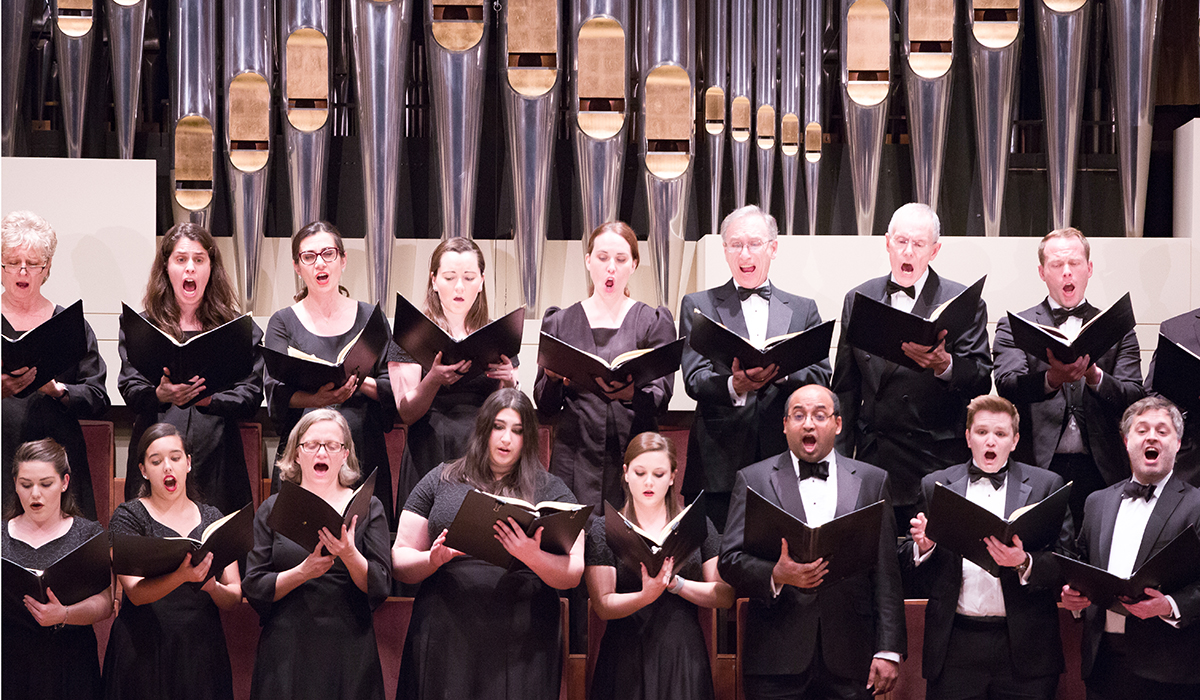 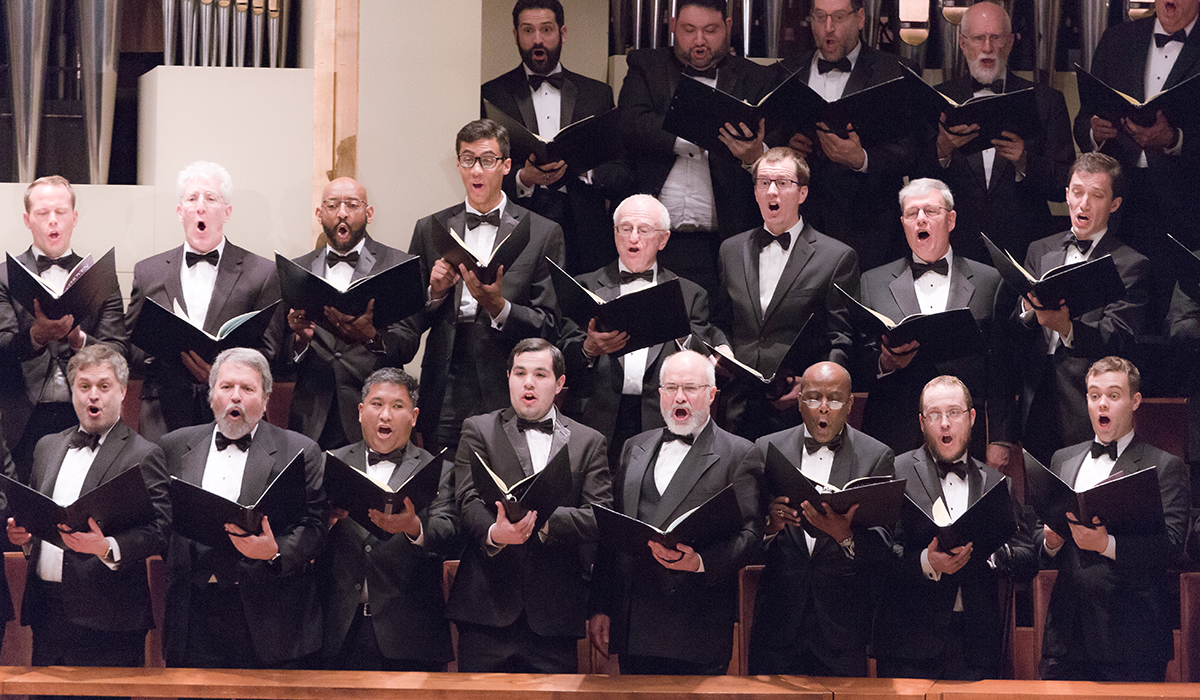 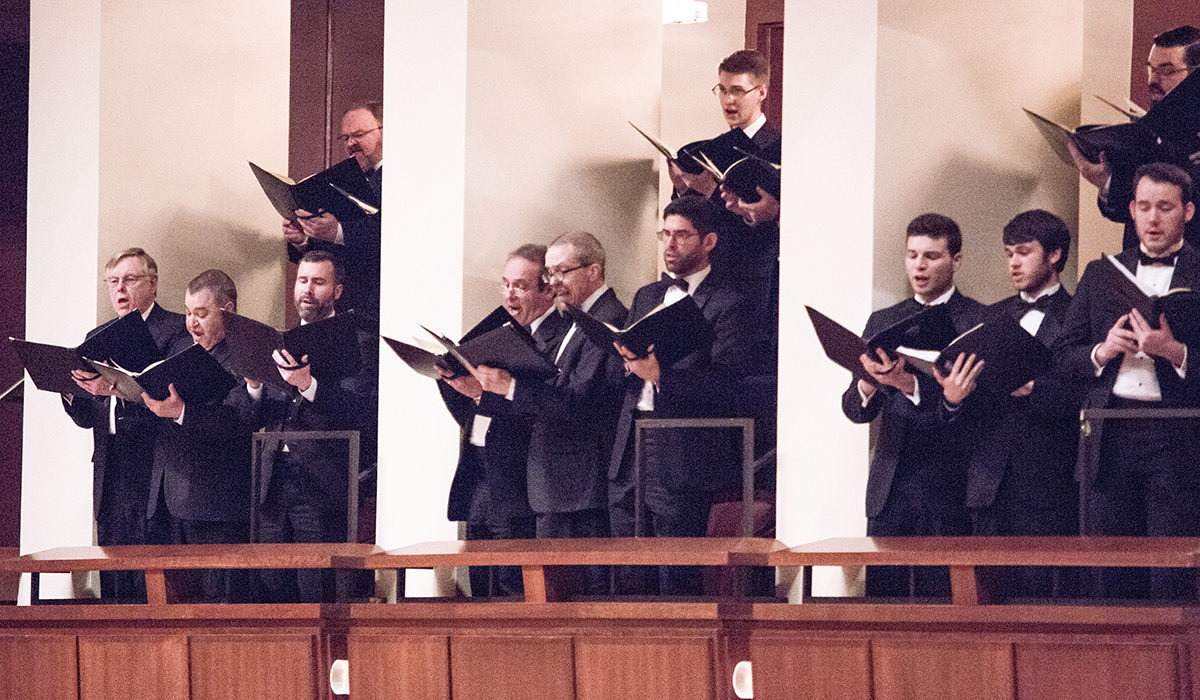