Approximately 160 physicists from around the world convened at The Catholic University of America last week to strategize how to unlock the secrets of the glue, or “gluons,” which binds all observable matter in the world around us.

The scientists were participating in the 2018 international Electron Ion Collider (EIC) User Group Meeting, which discussed new developments and initiatives surrounding a proposed billion dollar facility in the United States that would collide intense beams of spin-polarized electrons with intense beams of both polarized nucleons and unpolarized nuclei from deuterium to uranium. The efforts to build this facility are vast and international, already involving more than 800 physicists from over 160 laboratories and universities around the world.

The meeting, which was co-sponsored by the University, Jefferson Lab, and Brookhaven National Laboratory, featured presentations from funding agencies, as well as leaders of international laboratories in Canada and Japan and the European Strategy Group.

A major topic of discussion was the recently released research findings from the U.S. National Academy of Science, which determined that the EIC would be “a unique facility in the world that would answer science questions that are compelling, fundamental, and timely, and help maintain U.S. scientific leadership in nuclear physics.”

Pegg noted that it was a privilege for the University to host this prestigious meeting with so many renowned physicists from around the world.

“This shows that our University is involved in one of the most important scientific discussions in today’s world,” Horn said. “It also provided a great opportunity for our students to meet and learn from some of the greatest scientific minds.”

Aaron Dominguez, dean of the School of Arts and Sciences, gave opening remarks at the beginning of the workshop, welcoming the participants to the University and sharing its history as a research institution and breeding ground for scientific discoveries. Dominguez is a particle physicist working on the Large Hadron Collider (LHC) in Geneva.

“It’s a great honor to be hosting this user group meeting at Catholic University,” Dominguez said. “I myself sit on the executive committee of the user group for the LHC and I know that these types of user group organizations are highly important in our field, especially in the early planning stages, to make sure we come together as a community and understand the physics case for a project, that it can be well-understood and important and ground-breaking, so that we can all get on the same page and move forward.” 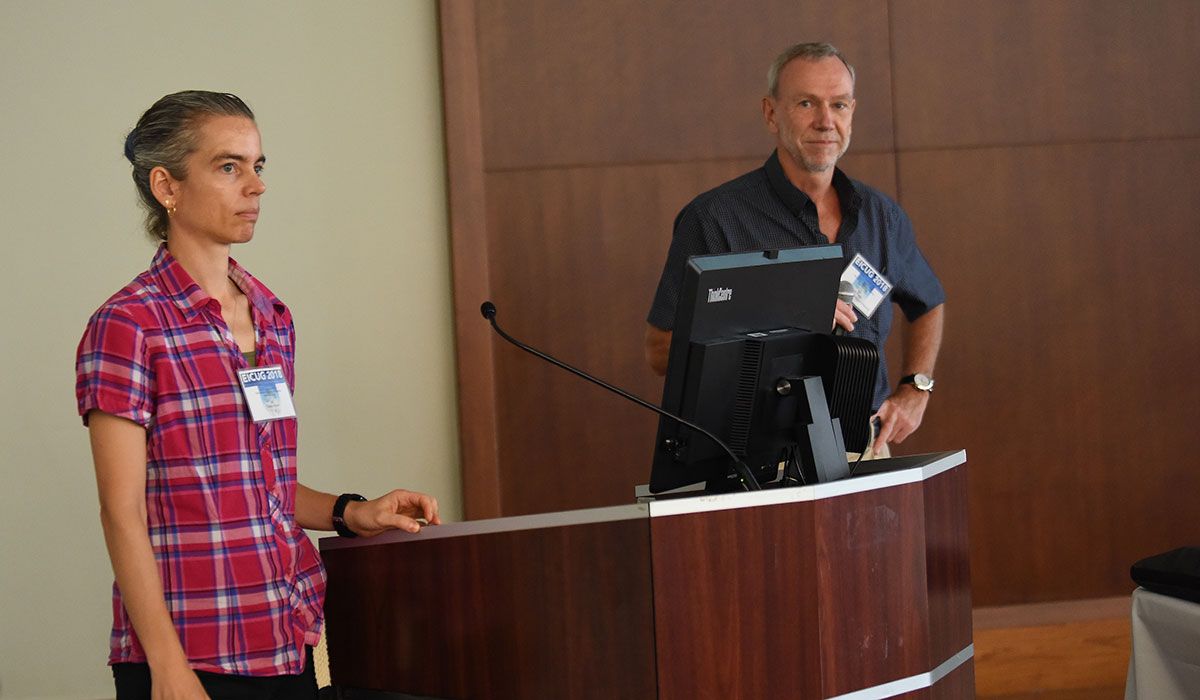 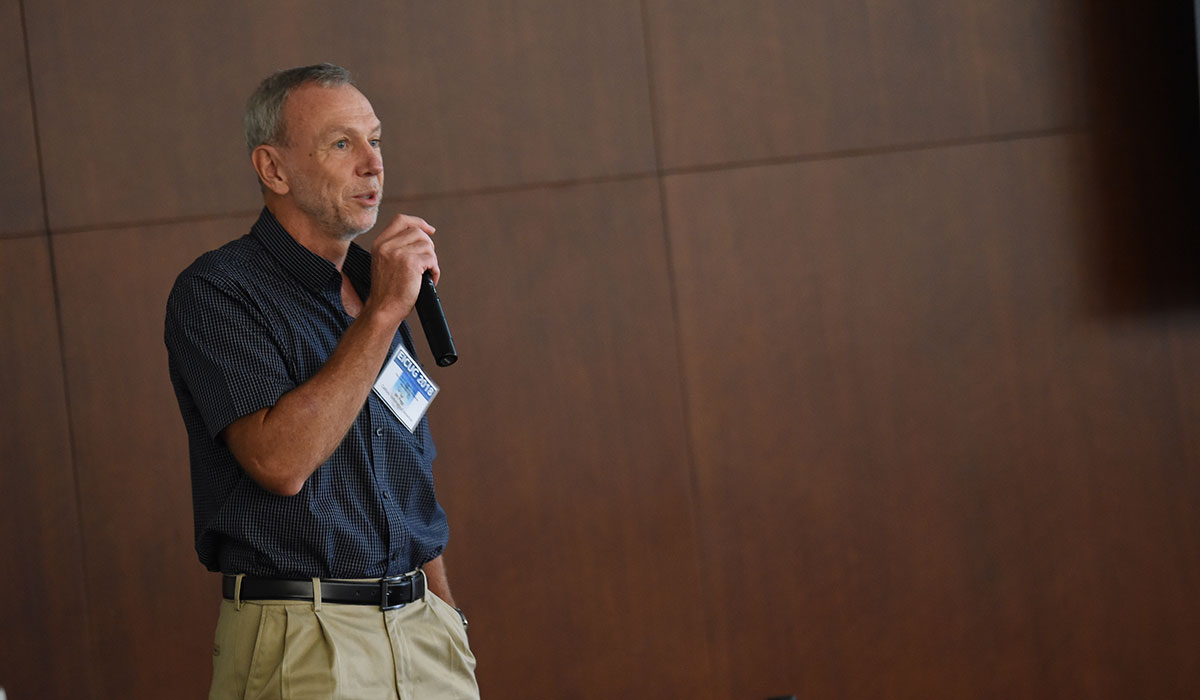 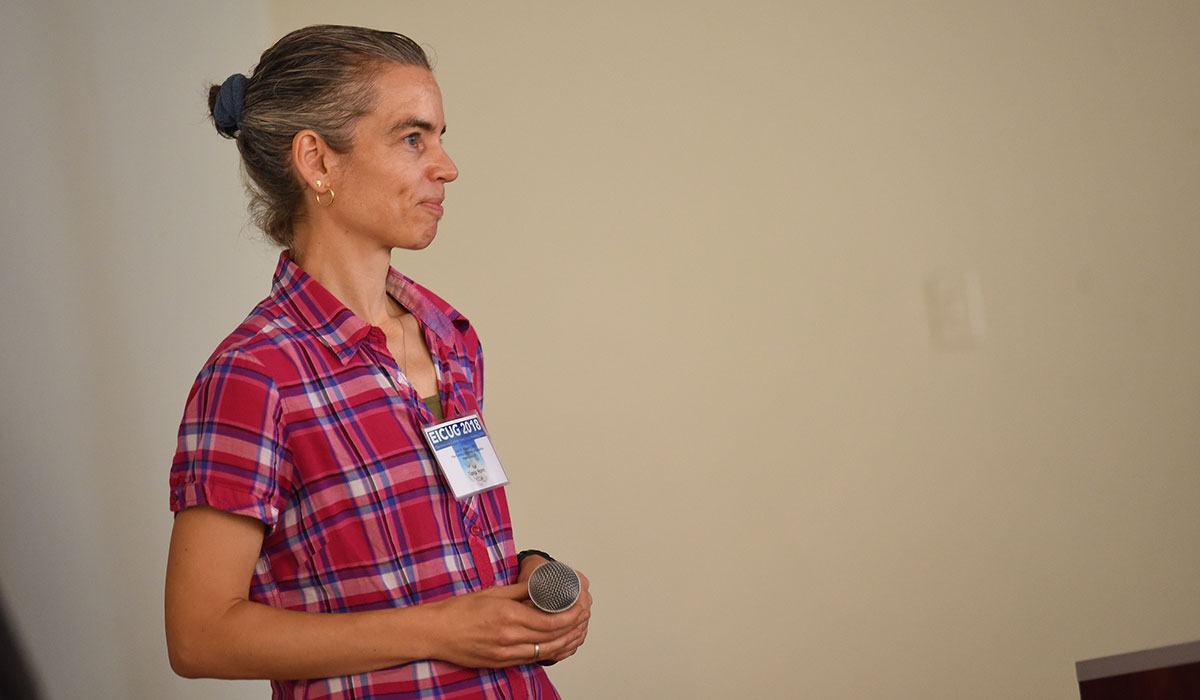 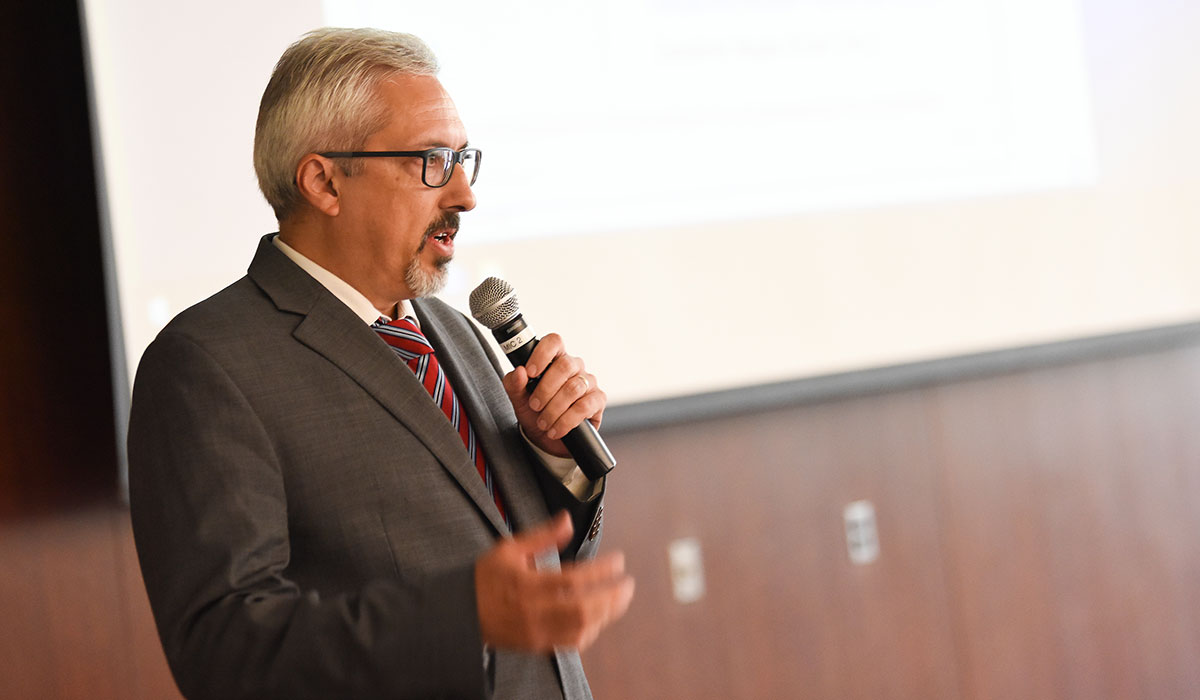 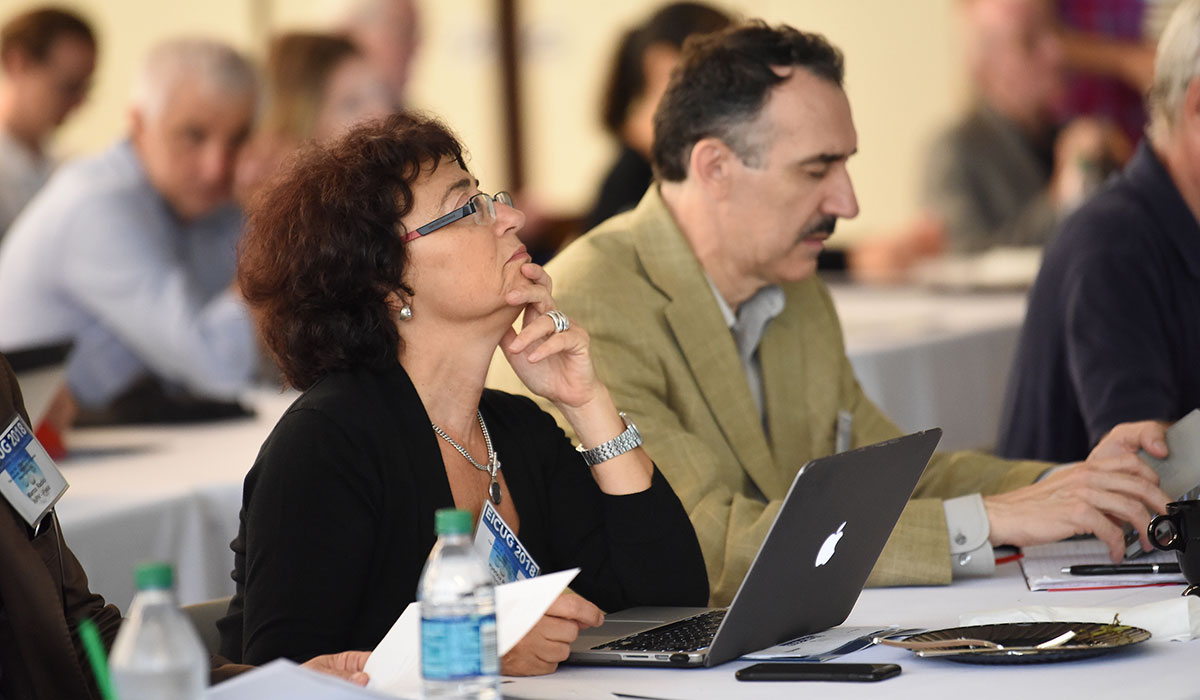 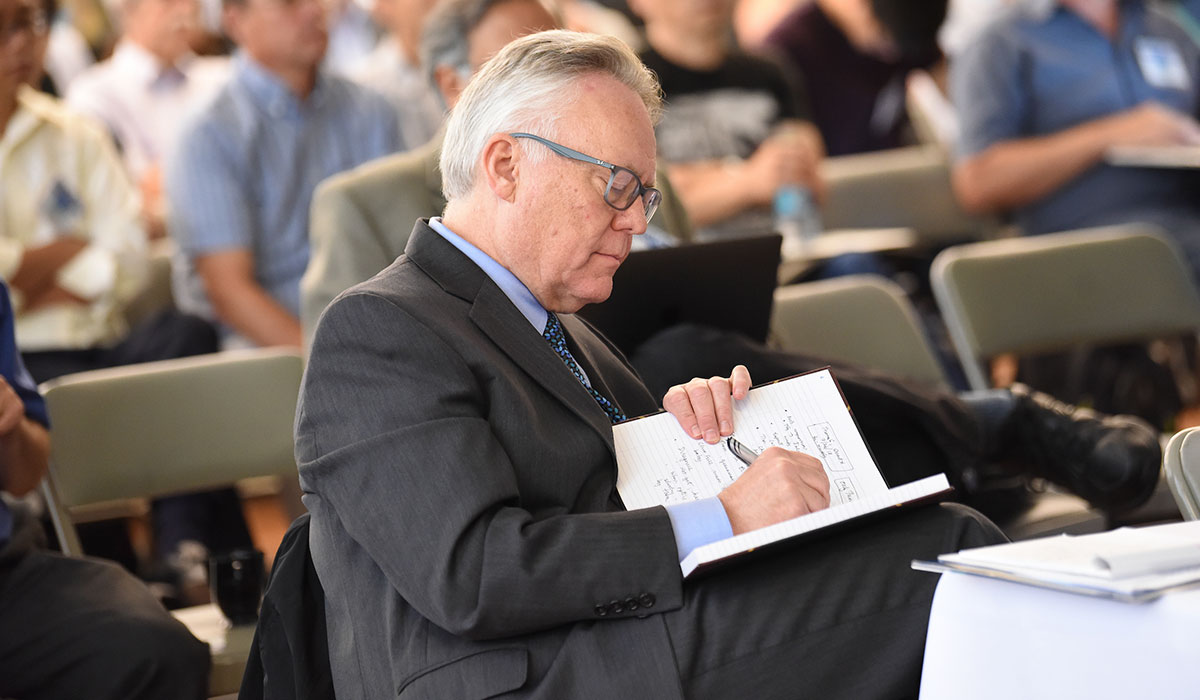