Business students tried their hand at drawing portraits during a two-week sketching masterclass. The course, which was taught by world-renowned painter Igor Babailov, was organized by the Ciocca Center for Principled Entrepreneurship. It included 15 students of different majors, all pursuing a minor in entrepreneurship, as well as several professors and Jeanne Garvey, wife of the University president.

According to Andreas Widmer, director of entrepreneurship programs for the Busch School, the course was intended to provide students with a new, creative way of looking at their vocations.

“When [Babailov] talks about art, he talks about creating, and imitating the Creator,” said Widmer. “To do business, and invent new products, is likewise a participation in God’s creation.”

Babailov, an Honorary Academician of the Russian Academy of Arts and commissioned portrait painter of the past three Popes, sees art “definitely as one of the best vehicles to improvement.”

Widmer hoped the students would learn virtue and perseverance in an unconventional way.

“The person is the purpose of a business, not the dollar. How better to reinforce that insight than by sketching the features of another to see that person as s/he really is,” Widmer said. “While there is only one subject to be ‘drawn,’ each person's sketch of that person is recognizable but different — just as there is one truth but many experiences of it.”

The participants spent the first few classes learning the fundamentals of drawing, then sketched on their own. 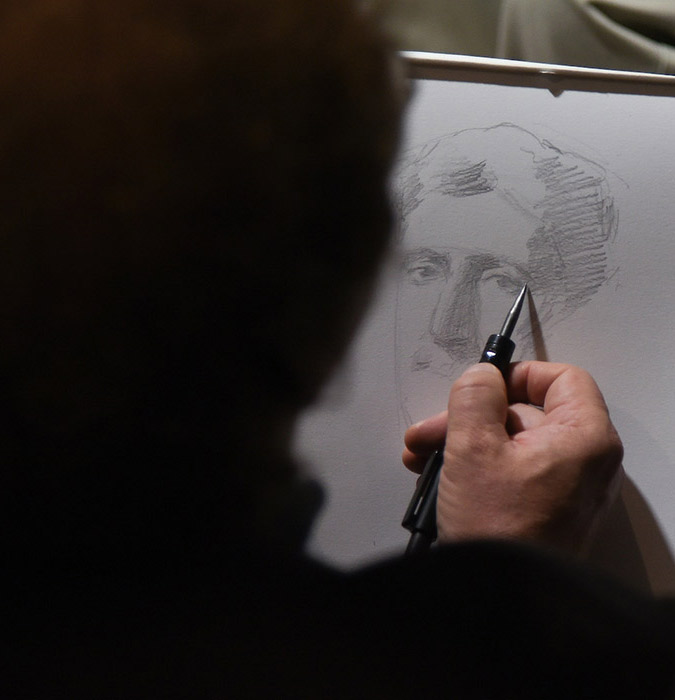 They practiced illustrating different geometric shapes over the two weeks, and, after observing Babailov create a portrait of University Provost Andrew Abela, sketched their own portraits on the last day.

Luke Burgis, entrepreneur-in-residence for the Ciocca Center, said that a big part of his education has been “an interdisciplinary approach to everything.

“I’ve been an entrepreneur most of my adult life, and the arts have played a very important role in that,” he said. “When I heard about the class, I thought it would be a great opportunity to immerse myself in something that would make me a better entrepreneur.”

The program also intended to teach participants the satisfaction of mastering something physical like sketching, in order to express themselves visually.

“To overcome a limitation that you think you have is very difficult to do in a classroom where you teach people knowledge,” Widmer said. The program allowed students to overcome an unfamiliar kind of obstacle and experience a satisfaction of finishing a job that is “very different than when you finish a paper.”

Grady Connolly — a sophomore strategy, management, and operations major — said that one of the lessons he learned from the course was that his vision might be different from somebody else’s, in art and in business. If he could describe the course in one word, it would be “surprising.”

“What I thought I would get out of it is a little bit different than where I am now,” he laughed. “I came in here thinking that I would totally fail at it and I’m kind of seeing more than I thought I would, which is really interesting.”

More information about the minor in entrepreneurship, now open to Catholic University students of all schools, can be found here. 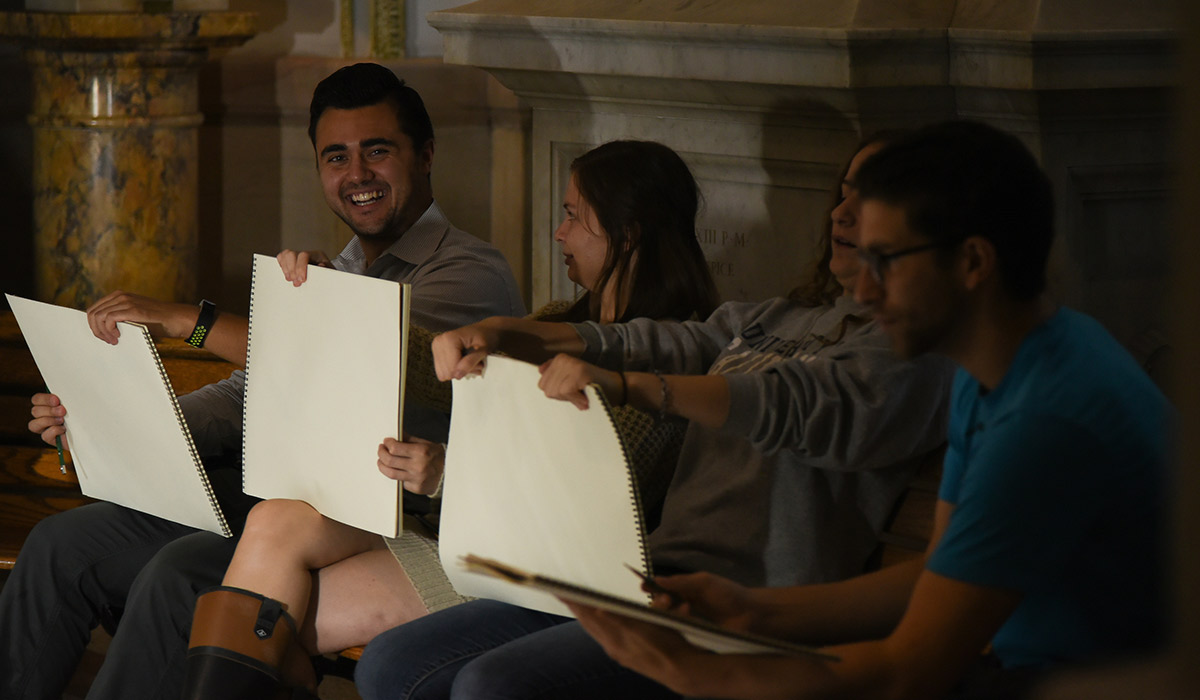 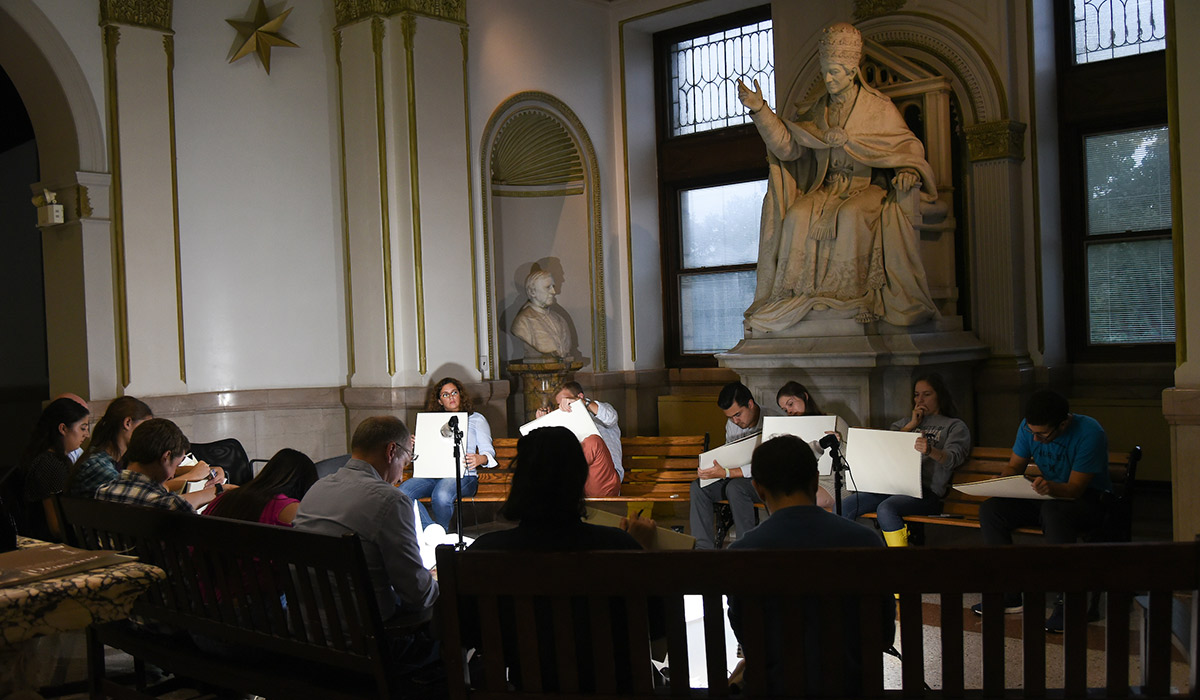 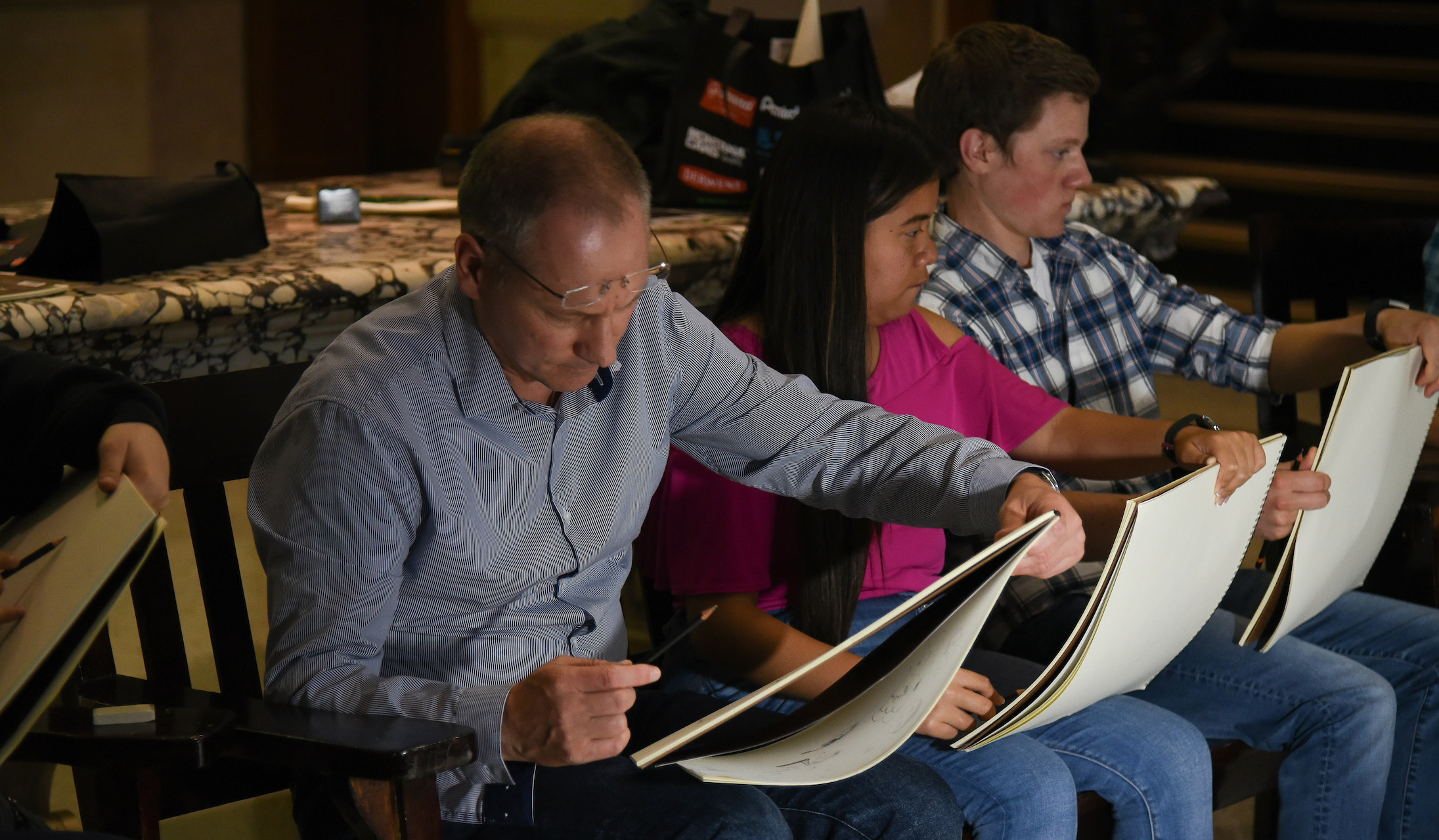 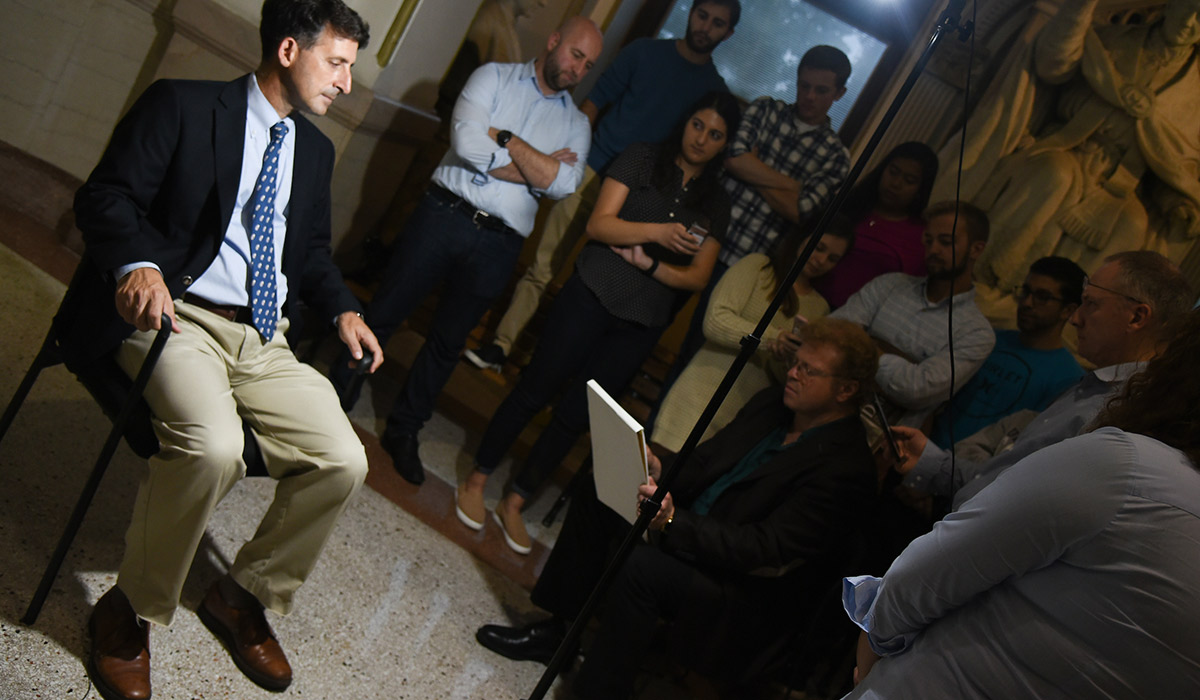 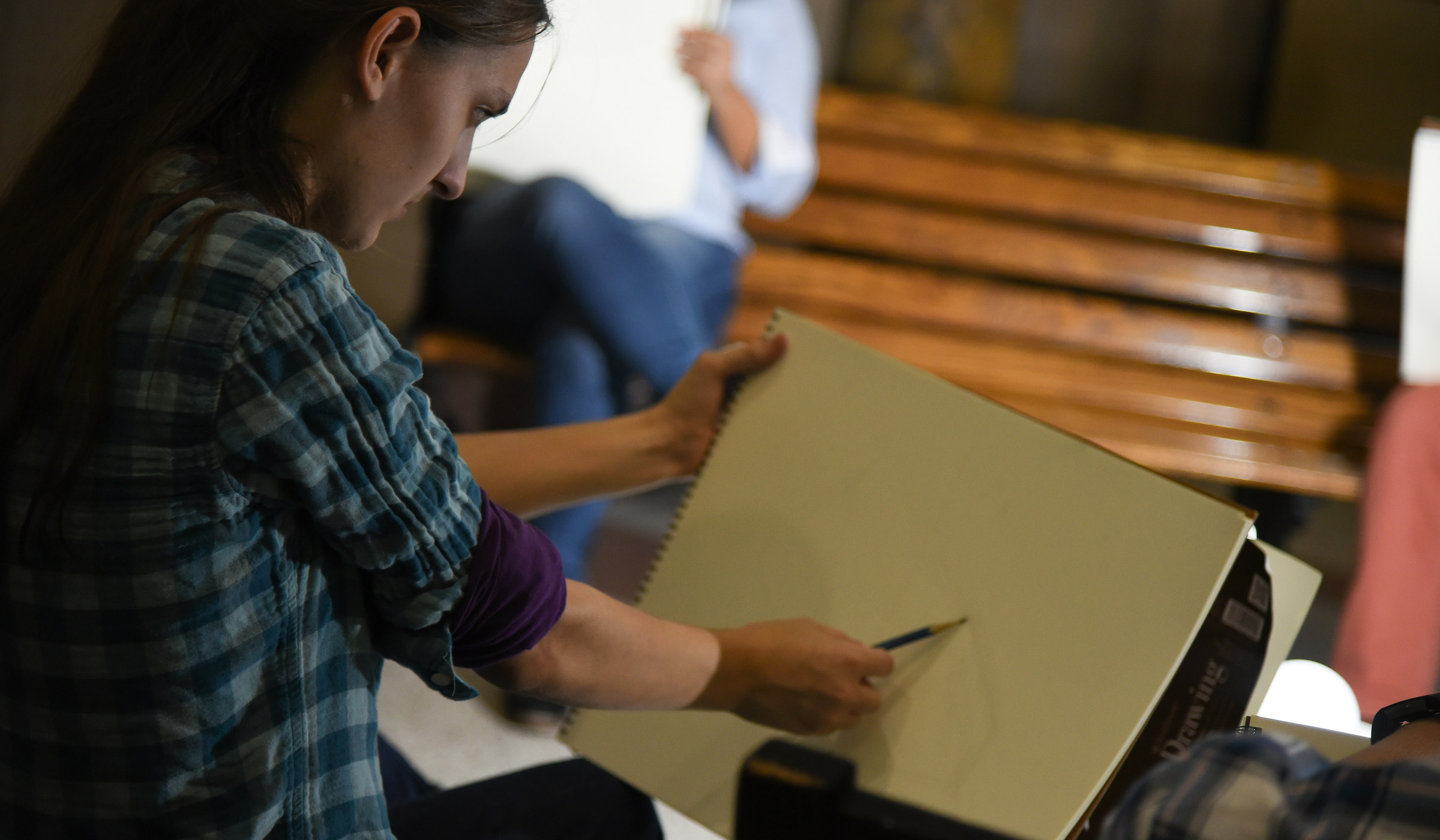 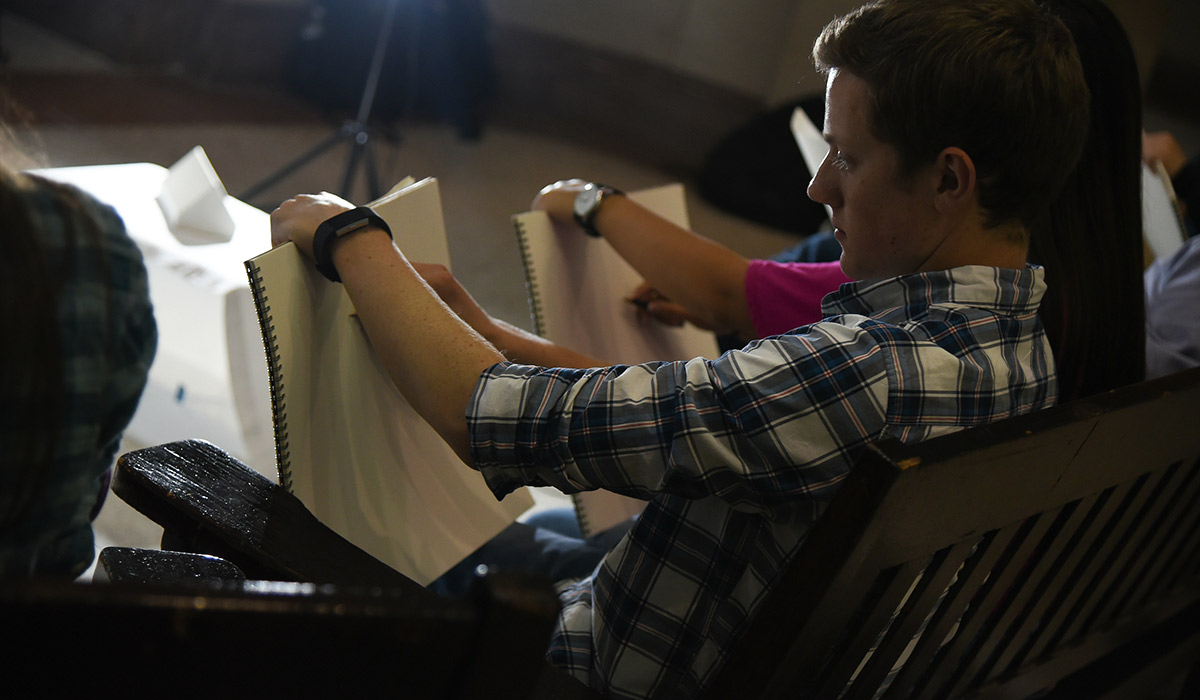 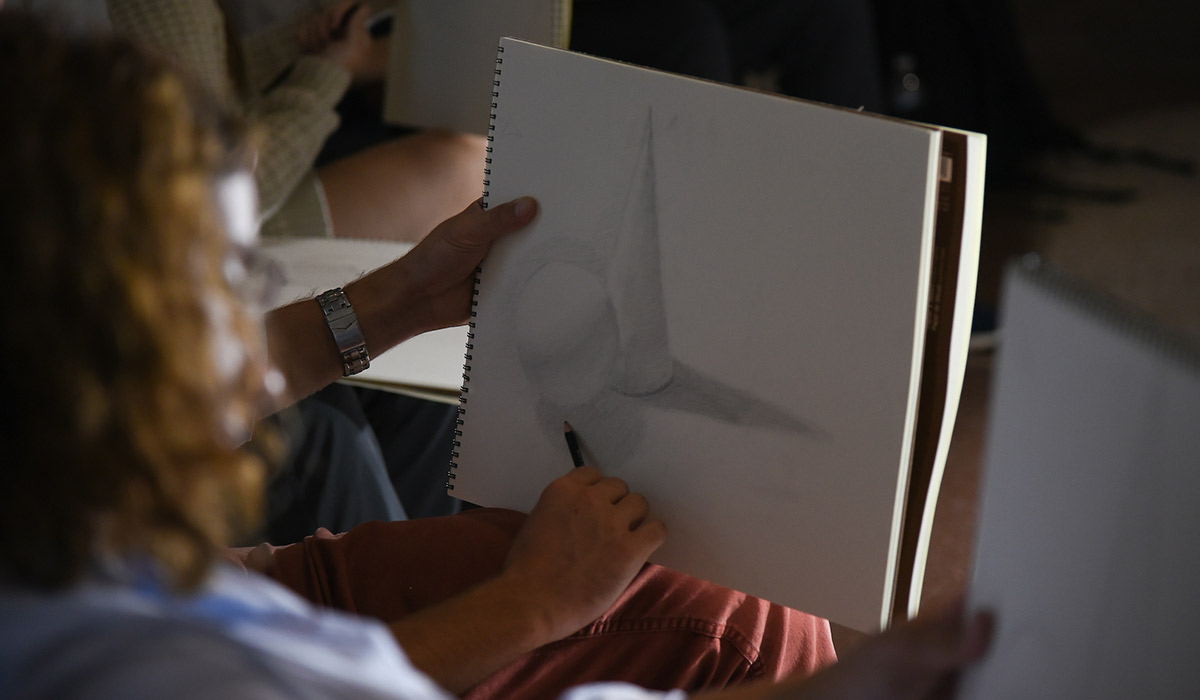 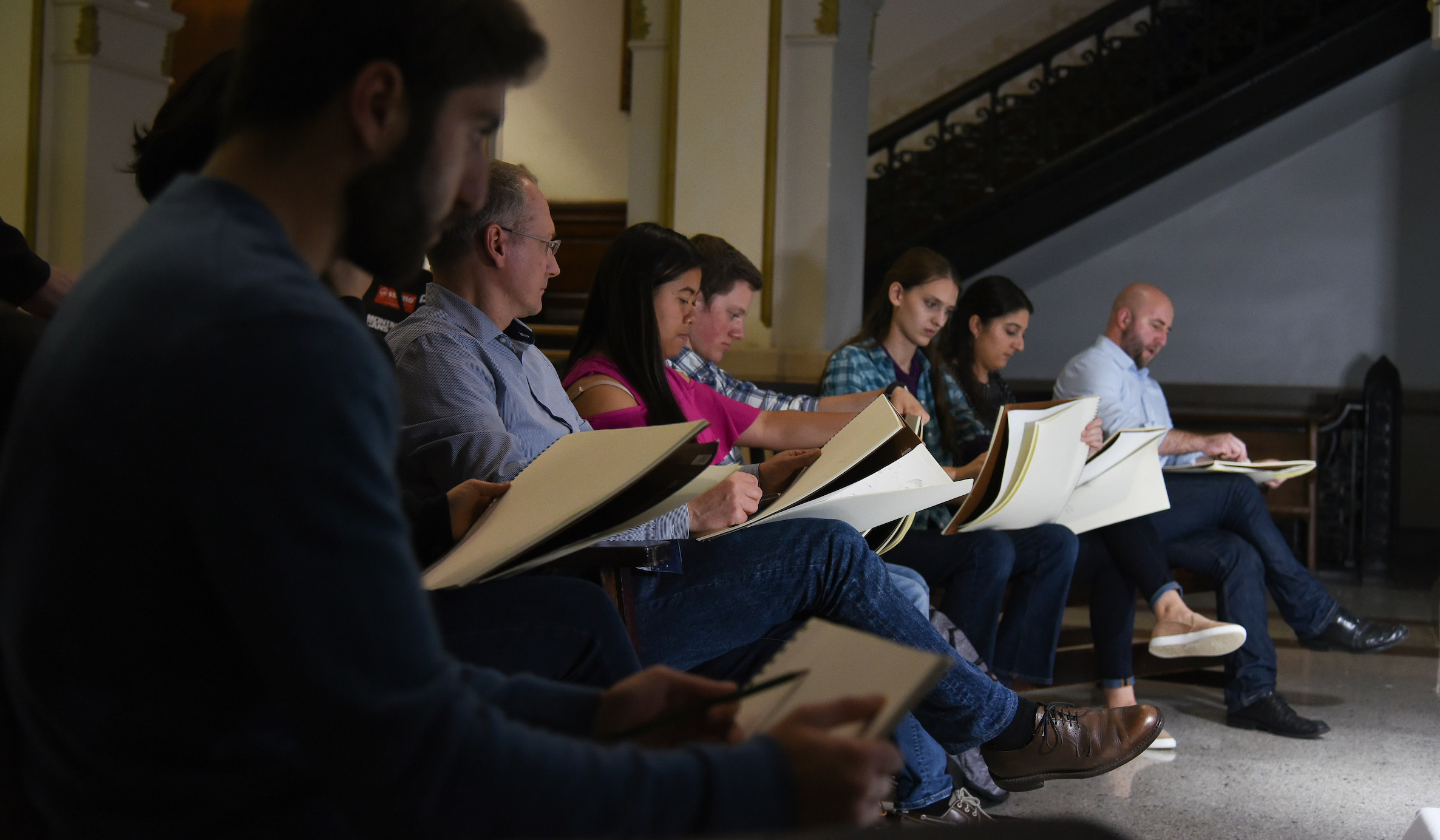