Bishops and Sexual Abuse Survivors Gather for a Day of Dialogue 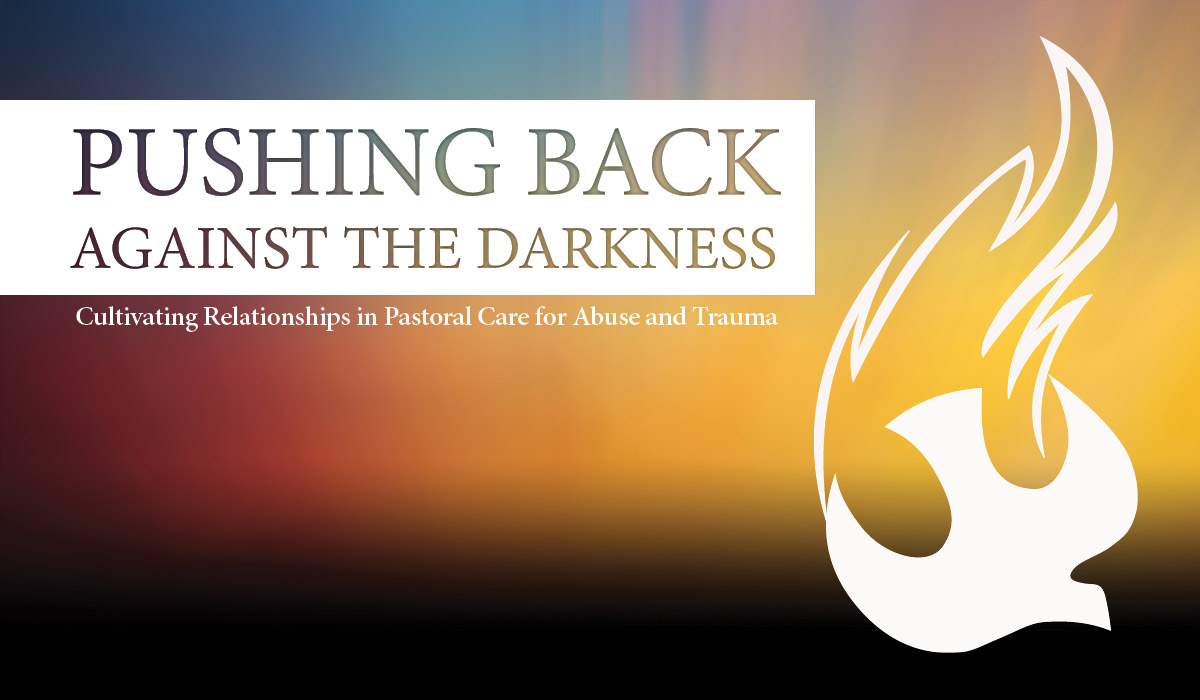 Survivors of clergy sexual abuse shared their stories with more than 15 bishops from around the country on May 1 during a day of candid discussions entitled, “Pushing Back Against the Darkness.”

The daylong event, which took place at The Catholic University of America, was a coordinated effort between the University and Spirit Fire, a restorative justice initiative that collaborates with bishops to deepen pastoral care for survivors, their family members, and all Catholics, including priests, ordained, consecrated, and religious persons. In addition to clergy, the event was attended by those working in the Church, including social workers, victim assistance coordinators, priests, and Catholic University professors.

The event began with a Mass in the crypt church of the Basilica of the National Shrine of the Immaculate Conception, and was followed by a day of lectures and breakout sessions discussing trauma-informed pastoral care, best approaches for hope and healing, and how survivors can reconcile their personal experiences with their faith.

During his introductory remarks, University President John Garvey called the event a safe space where bishops and survivors could speak candidly without worrying about words coming out clumsily. He also thanked the survivors in attendance for their trust and willingness to share.

“We’re all here to listen and learn from your experiences,” he said. “This is a day for survivors to share the wisdom they didn’t ask to gain through trauma and recovery.”

Garvey spoke about his own reaction to the abuse crisis, recalling the strong anger he still feels toward those clergy members who have abused their power. He called upon Catholics to look to the examples of saints like Catherine of Siena and St. John Chrysostom, who exemplified righteous anger in the face of power.

“St. John Chrysostom said it was a sin not to be angry when one has cause to be,” Garvey said. “From the perspective of many laypeople and clergy, the apparent lack of anger from bishops in the wake of the abuse crisis was salt in the wound.

“This is one of the reasons it is so important to listen to people who have experienced clergy abuse, instead of shrinking away from their stories,” Garvey continued. “They kindle righteous anger for what needs to be done.”

Teresa Pitt Green, co-founder of Spirit Fire, shared her story as a survivor of clergy sexual abuse to emphasize the Passion to Easter reality of all survivors, who experience suffering and a spiritual death, but can also find resurrection and healing. Though she still suffers from depression as a result of her trauma, she said she has found hope in her rekindled Catholic faith.

“An abuser destroyed my free will and my life paid the price for that,” she said. “I crawled out of that hole with the grace of God.”

She believes it is important for abuse survivors to be able to share their resilience and hard-earned wisdom through honest conversations with others, especially by those in power within the Church.

“Spirit Fire comes as a group of survivors committed to offering our insights and wisdom, to help Catholics understand not just the darkness of abuse but also the hope of Jesus Christ,” Pitt Green said. “We draw on the idea of the wounded healer, which Henri Nouwen wrote about: We came to console, not to be consoled.”

Boston Cardinal Sean Patrick O'Malley, O.F.M.Cap., spoke during the morning session about the importance of listening to the stories of survivors and believing them, even when the truth is painful.

“Sometimes survivors have been discounted because of their anger. They have a right to be angry,” he said. “It is much better to be a Church that faces our sins and calls for repentance and reform.”

The Most Rev. Shawn McKnight, bishop of the Diocese of Jefferson City, spoke during an afternoon discussion about how stories of abuse can be wedded to the Church. He said he was grateful to have been invited to participate in the day’s event, which he called “refreshing and new.”

“We didn’t focus on policies or processes, but on listening to people affected by clergy sexual abuse,” he said. “It was more like a family meeting to discuss a serious matter affecting the Church, similar to how parents gather the kids to talk about moving, a serious illness, or another major event impacting the entire family.

“We are growing in our awareness of how much this particular sin — the sin of abuse — affects not just the immediate victim, but whole communities,” he continued. “I hope this [event] becomes a model for others to consider, so as to encourage healing, reconciliation, justice, and mercy.”

Baltimore Auxiliary Bishop Adam Parker said that stories of sexual abuse within the Church “no matter how painful and difficult to hear, should be known to anyone with authority over the protection of children in our Church.”

“I am grateful for the opportunity to continue and broaden that necessary conversation as together we seek a path forward for the good of our Church, for victims-survivors of abuse, and for the children we have pledged to protect,” he said.