Faculty and Staff Speak Out for Immigration Reform 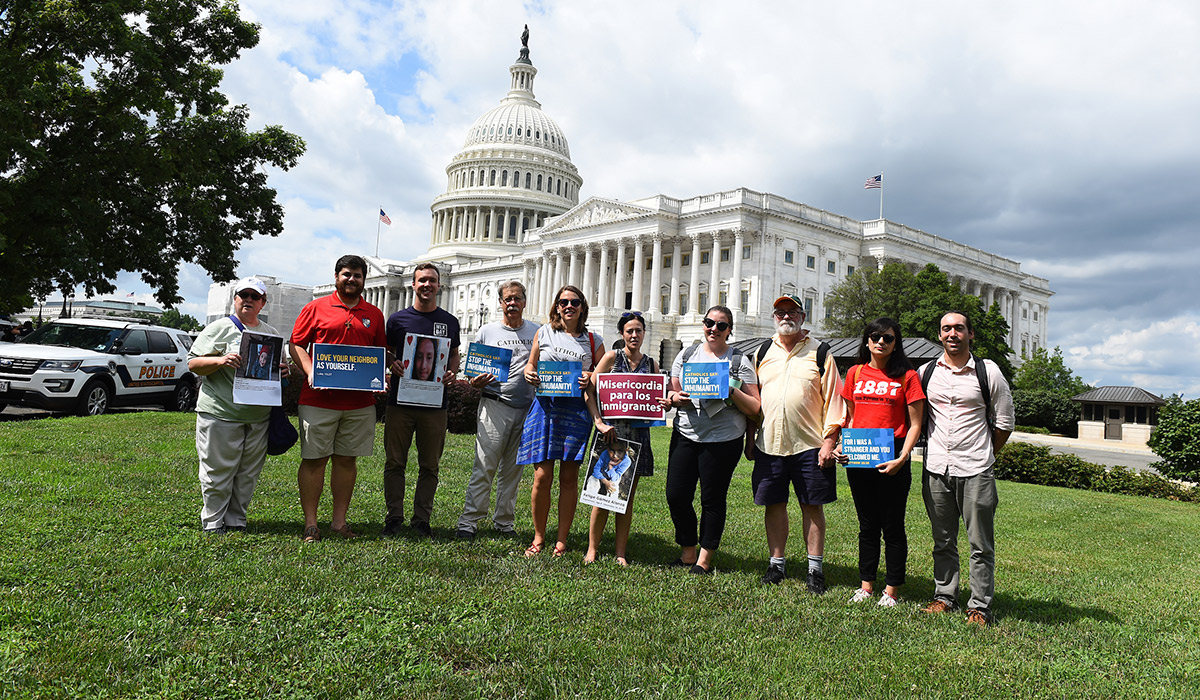 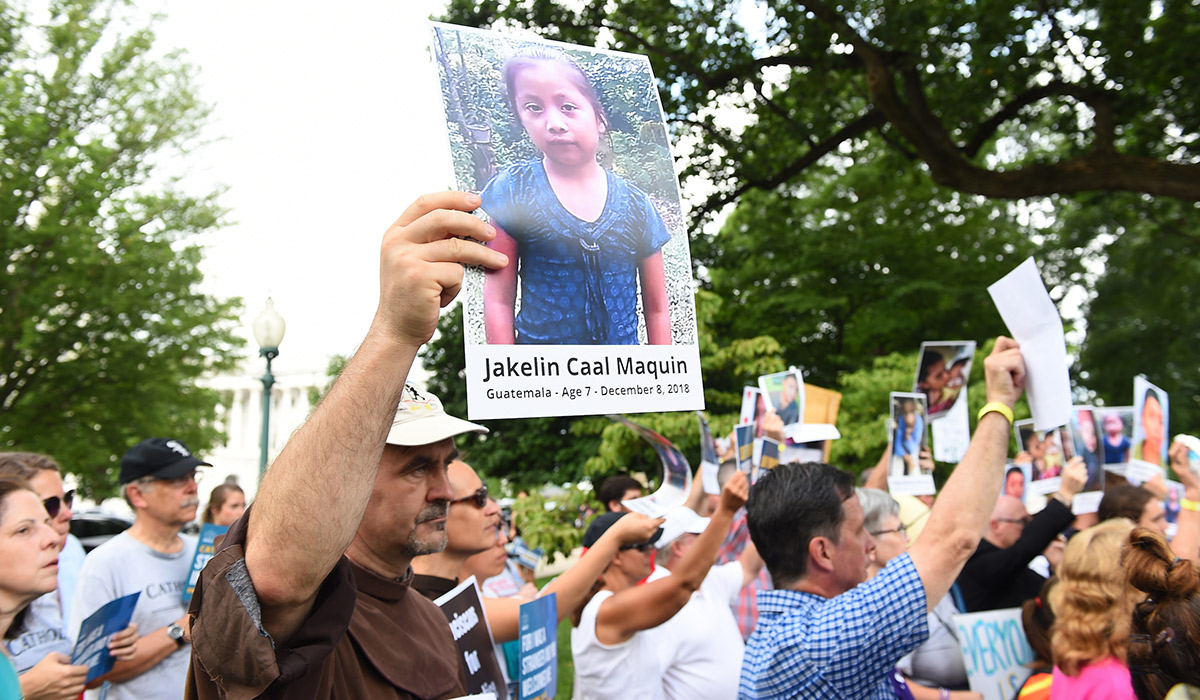 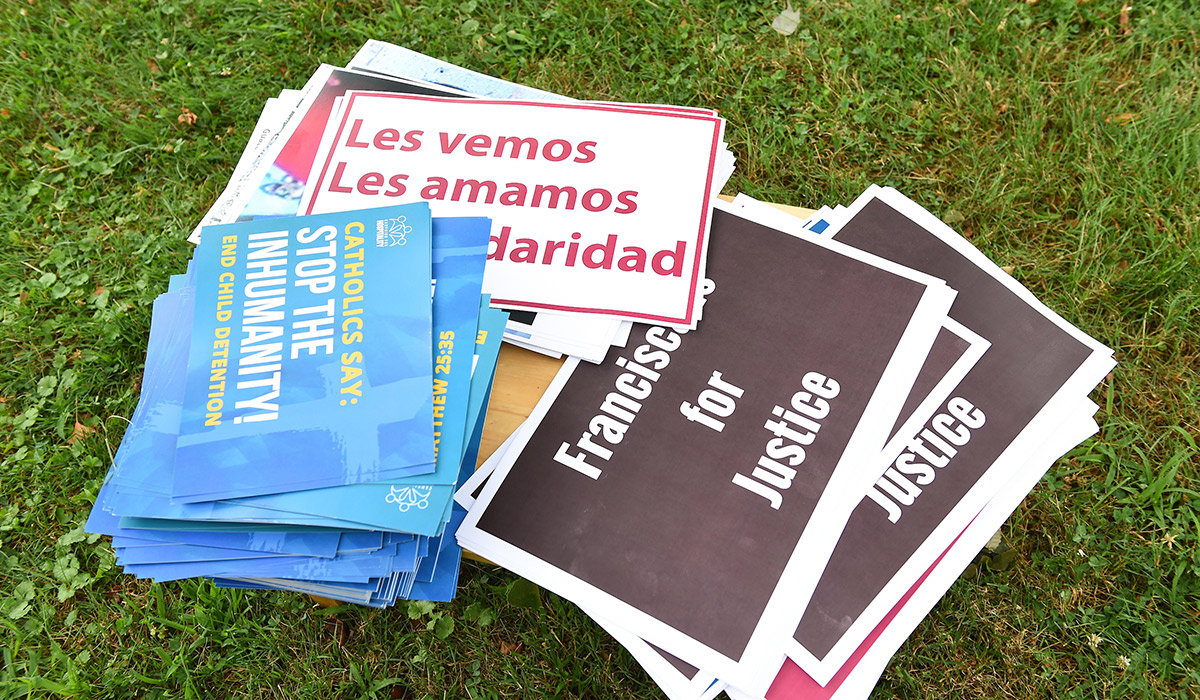 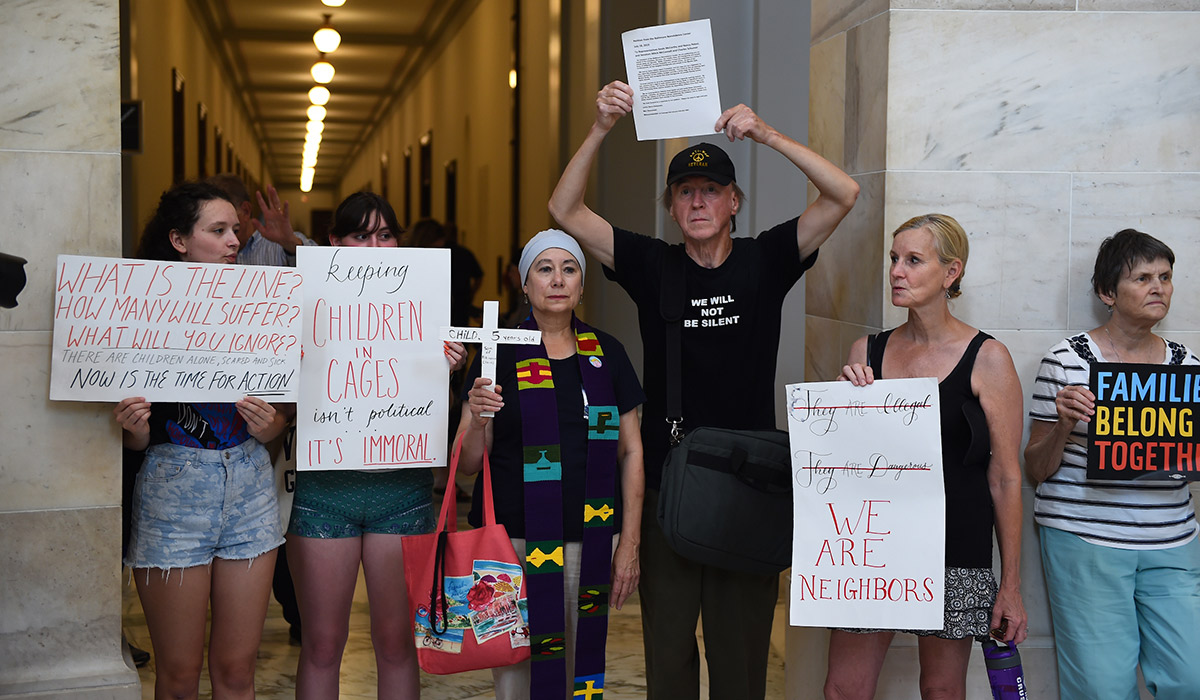 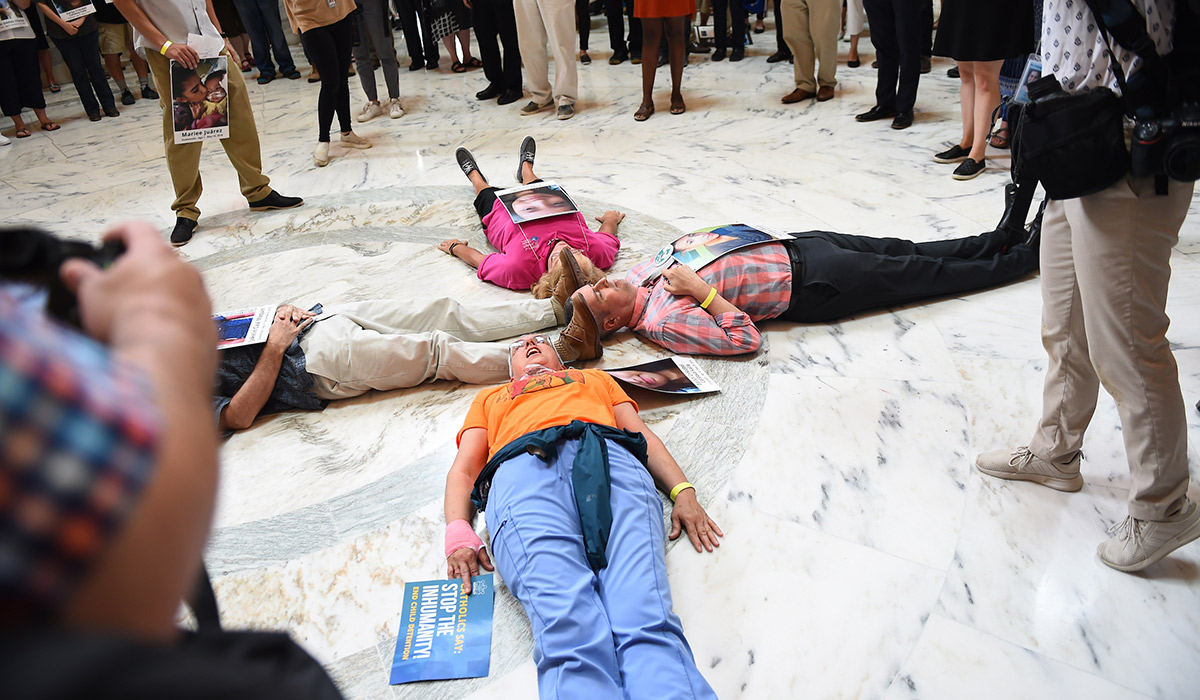 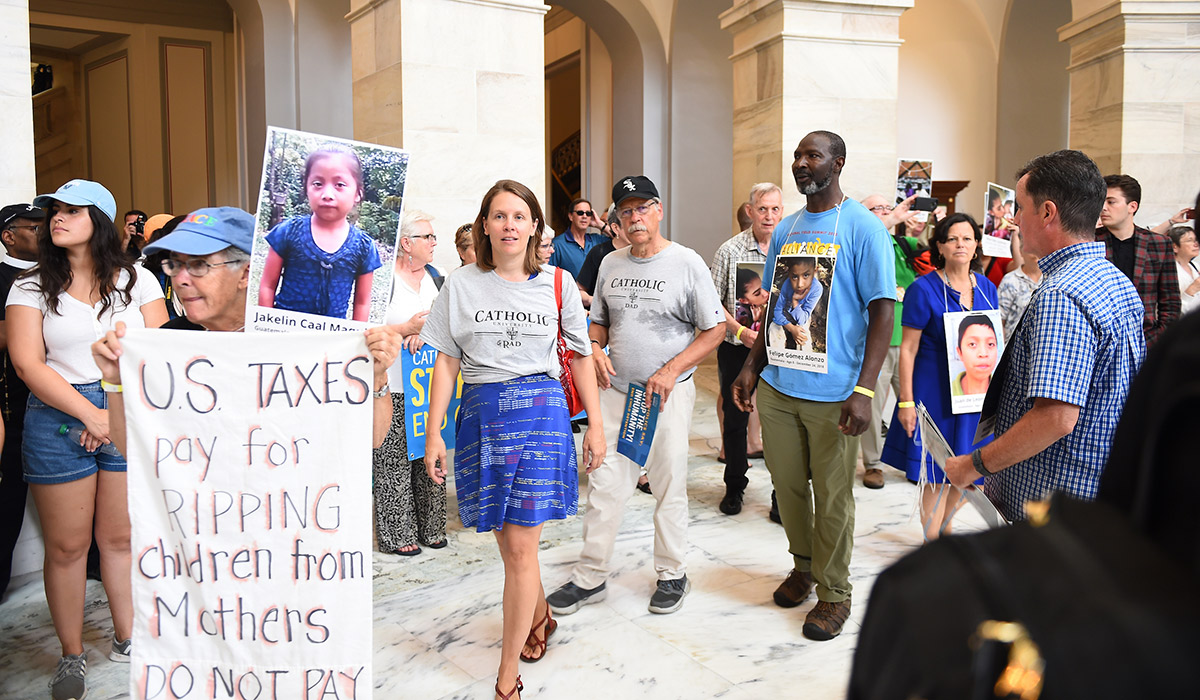 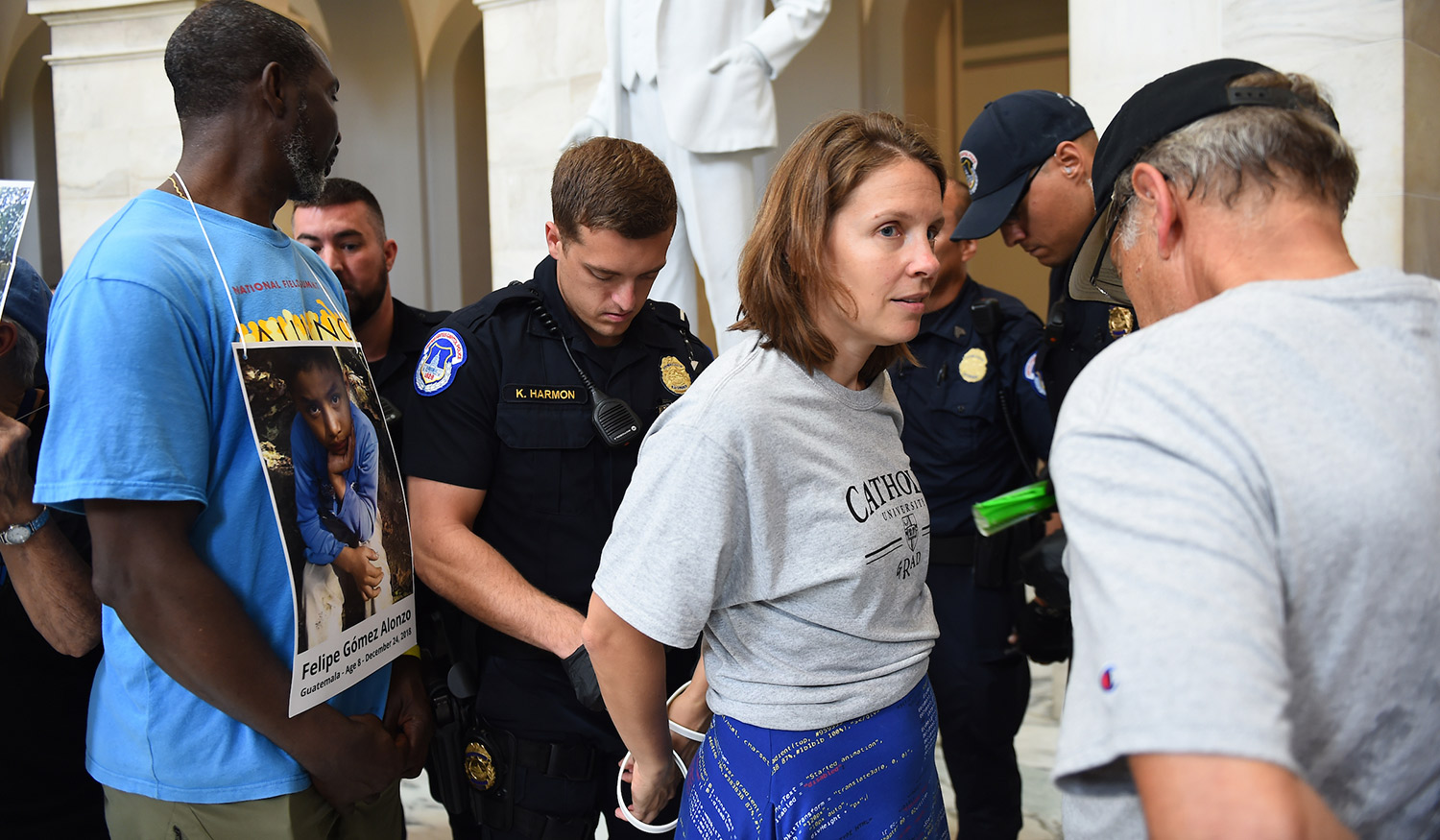 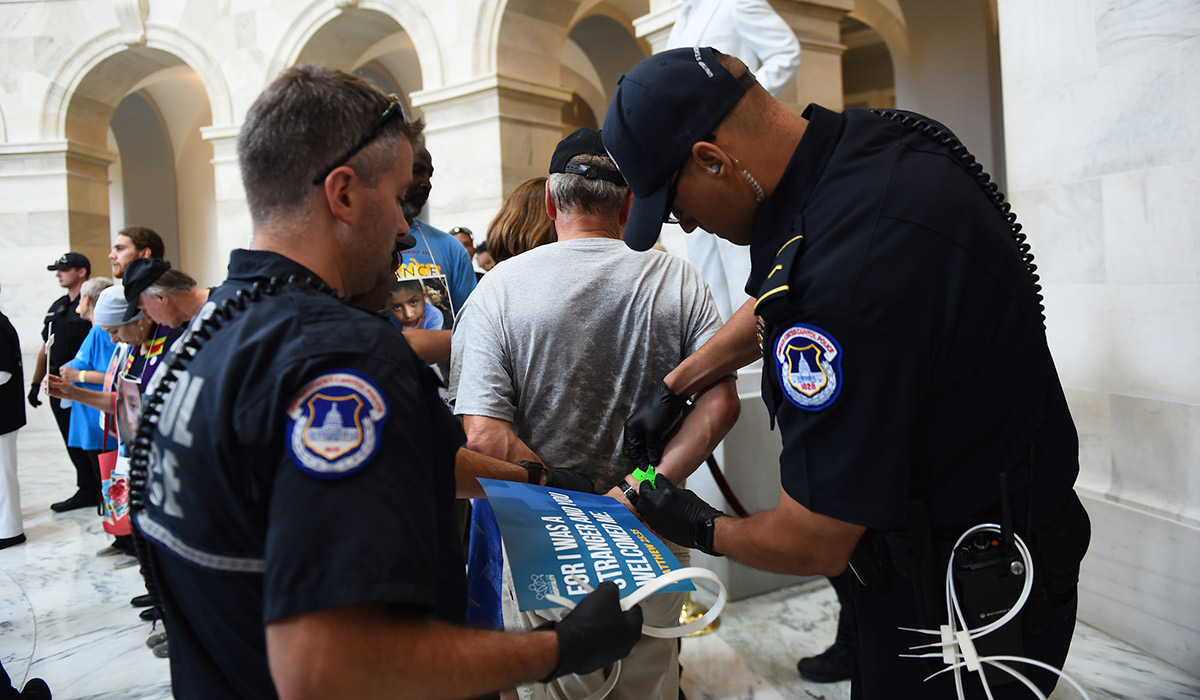 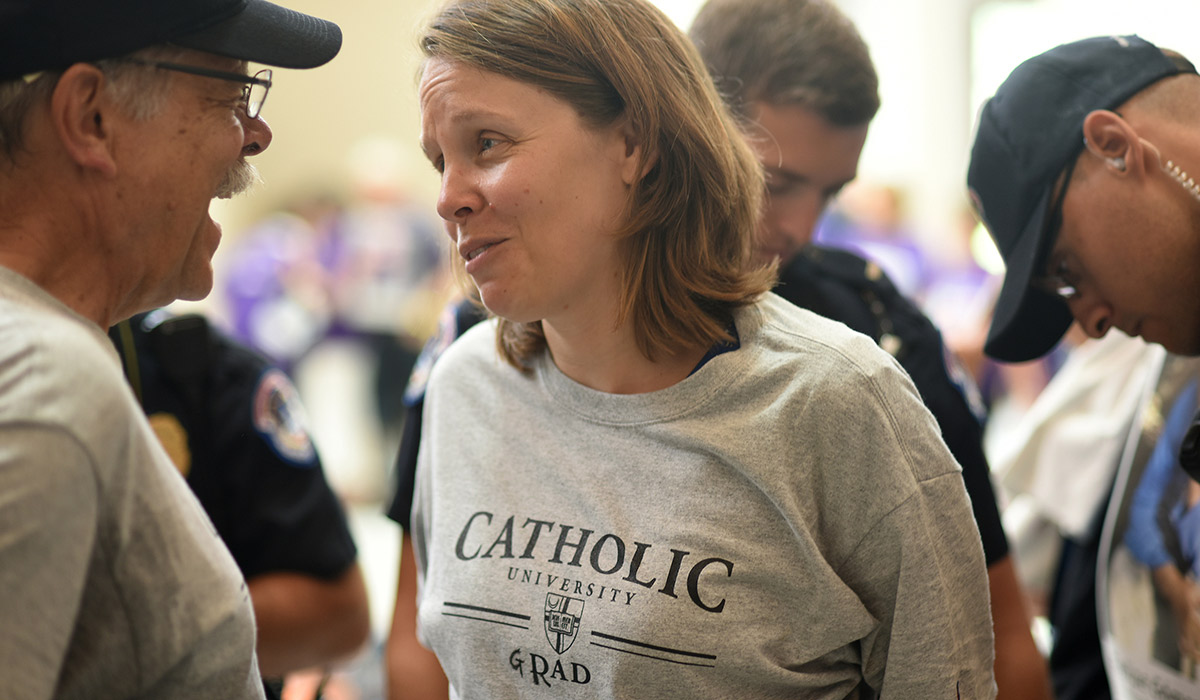 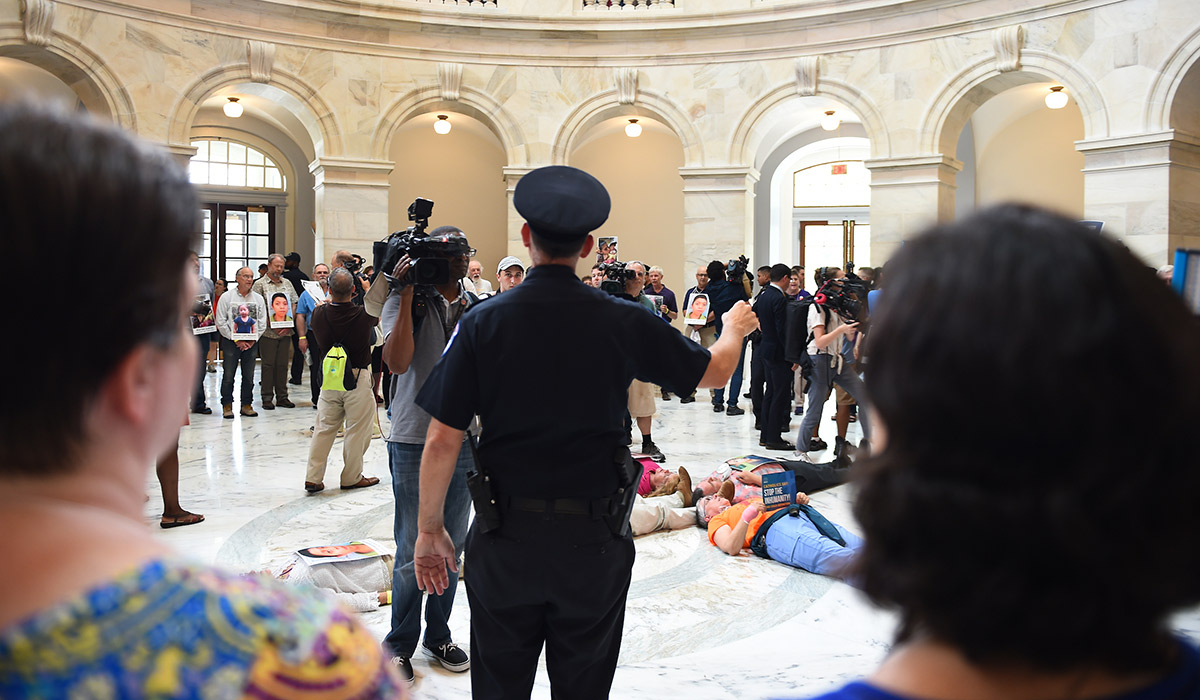 Standing in the grass outside the U.S. Senate’s Russell building on July 18, nearly 200 Catholic priests, nuns, and laypeople spoke out against the harsh conditions facing immigrants, refugees, and asylum seekers — especially children — at detention centers along the U.S. border. The Catholic Day of Action for Immigrant Children, a peaceful protest, was organized by numerous Catholic social justice organizations. Among the many holding signs, singing, and praying during the event was a group of Catholic University faculty and staff members who feel passionate about immigration reform.

Nathalia Henrich, director of the University’s Oliveira Lima Library, said she chose to attend the demonstration because of her experience as an immigrant from Brazil who now manages a library established by an immigrant.

“I had a very different immigrant experience with so many privileges, but even with all of that it is a struggle every day to start your life in a new country,” she said. “As a Catholic community, we really need to stand up for immigrants because they make this country great. People come here to work, in search of safety and to build a better life. I was lucky enough to be welcomed and I really hope that everyone else can one day get the same treatment.”

Binh Tran, associate professor of biomedical engineering, brought his wife and son to the rally. “I felt compelled to participate because this was my story as a Vietnamese immigrant in 1975. I would not be here today if it weren't for the open doors of the U.S. back then.”

Julia Young, associate professor of history and Catholic University alumna, attended the day’s demonstration with her father, Malcolm, a 1974 graduate of the Columbus School of Law. After the outdoor demonstration, she and her father were among a group of approximately 70 clergy, religious, and laypeople who were arrested for demonstrating inside the Russell building. Young, who studies the history of Mexican migration to the United States, said she was pleased to attend the demonstration with other Catholic University faculty because she strongly identifies with the church’s “history and mission of helping immigrants and welcoming the stranger.”

“As a historian, I know this isn’t the first time our country has directed aggressive policies against immigrants, but since 2016 these policies have really ramped up,” she said. “I’ve been advocating for immigration reform for a long time. I wish there was the political will to enact comprehensive immigration reform, but since that isn’t happening, I’m going to be here when I can to speak out for the rights of immigrants.”

Katie Bahr, Assistant Director of Communications and Media Relations. Bahr can be reached at bahr@cua.edu.