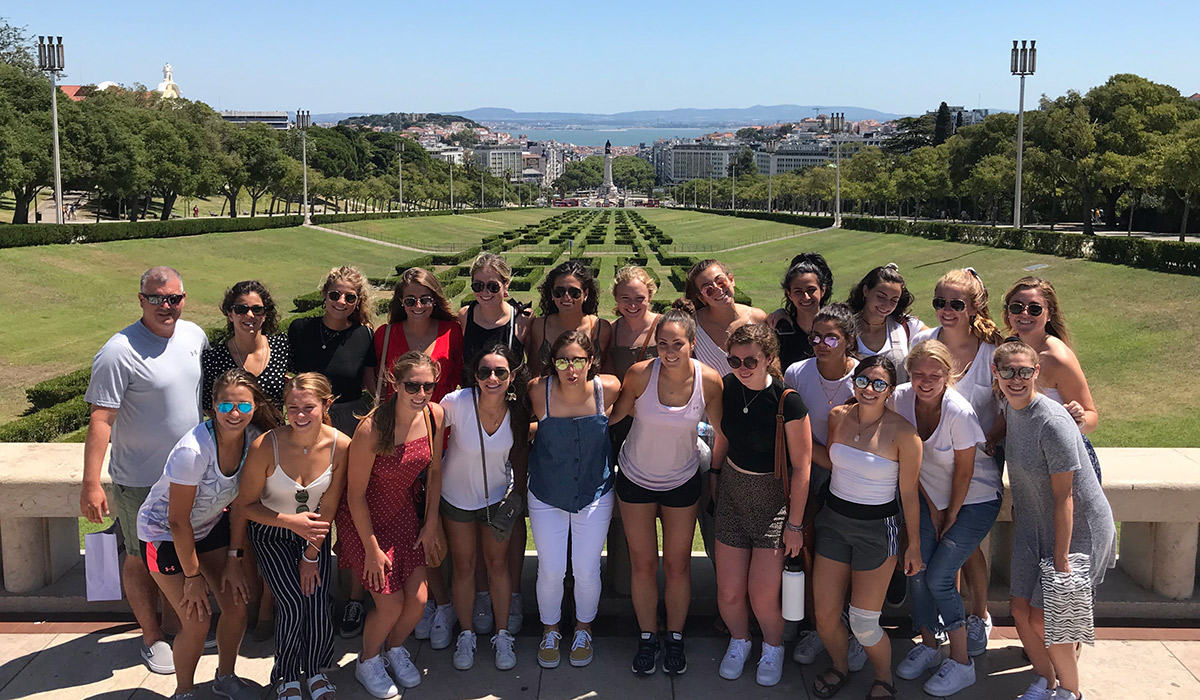 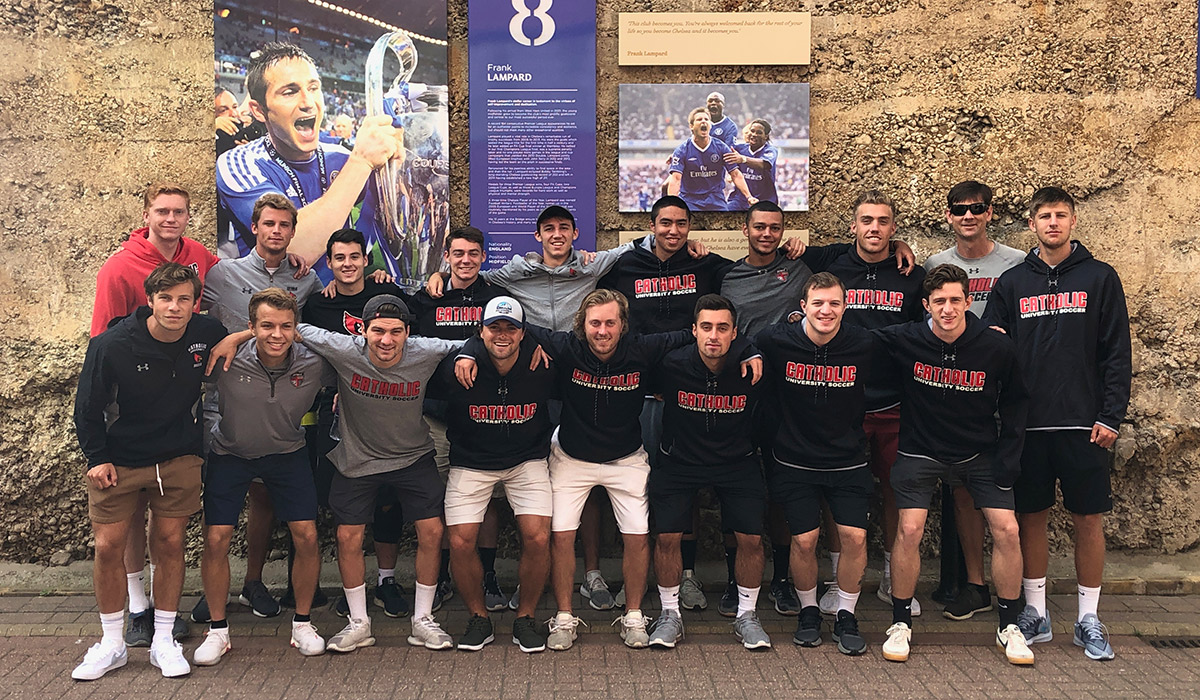 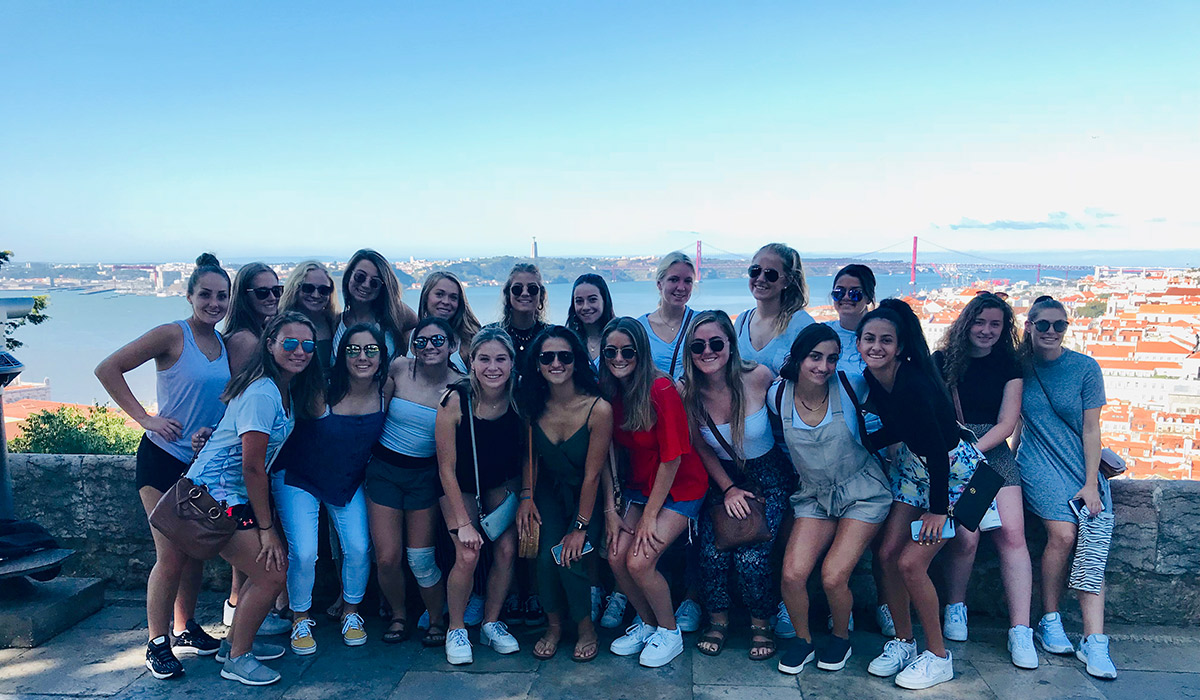 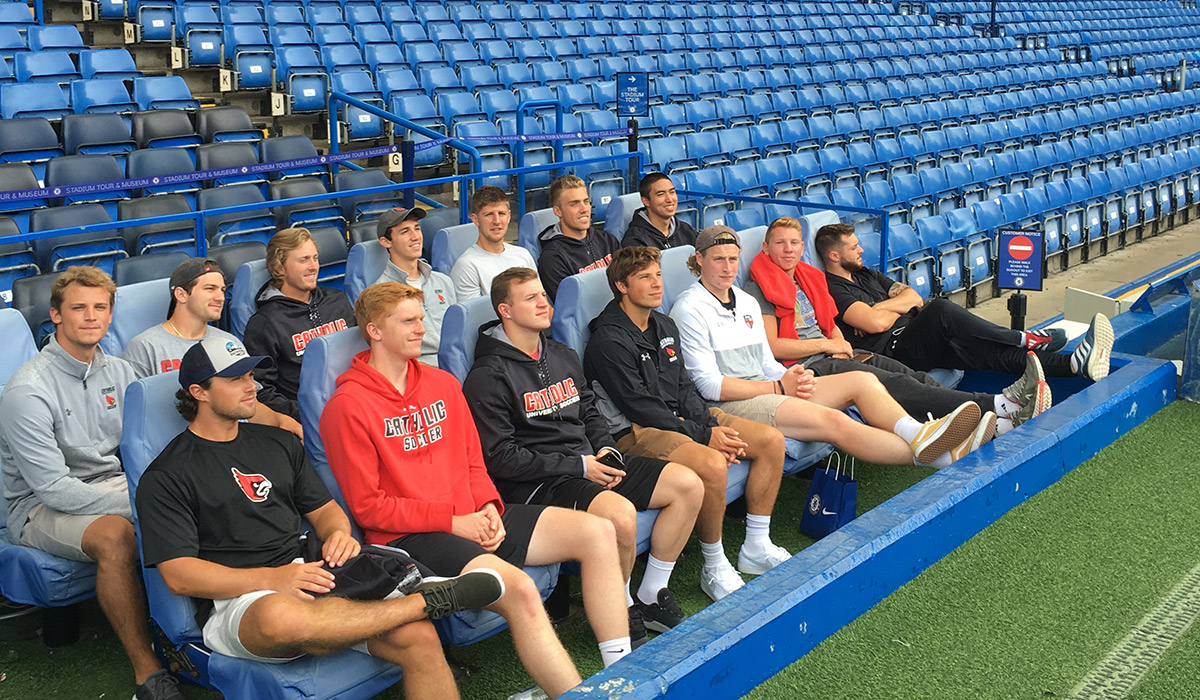 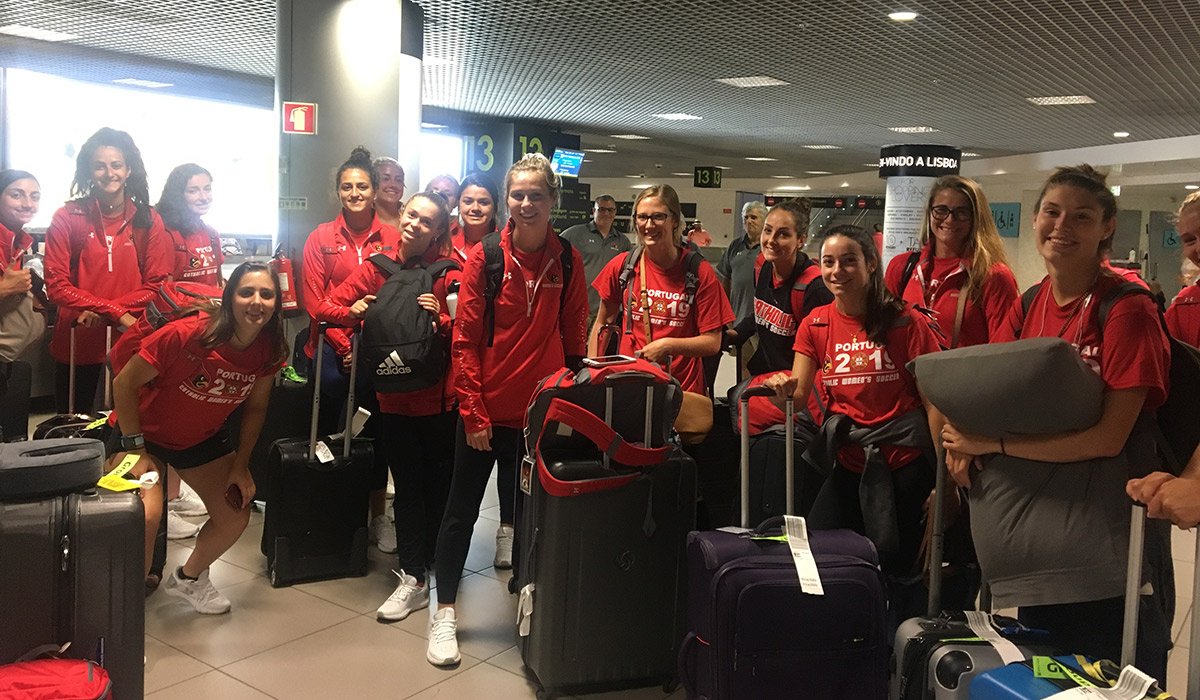 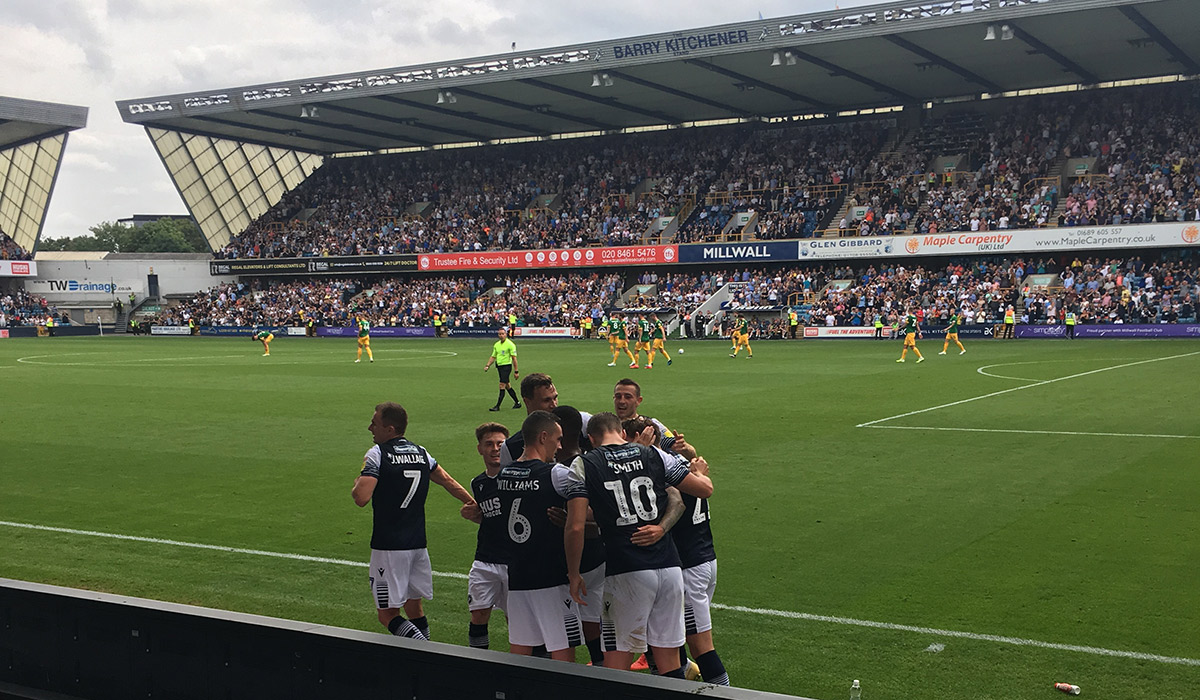 Catholic University’s women’s soccer team is in Portugal and the men’s team is in England for preseason trips abroad.

The men’s trip includes stops in London and the surrounding areas of Stratford upon Avon, North of Wales, and St. George's Park. They will participate in four training sessions, including two guest sessions with a top class English Football Academy coach, as well as play three friendly matches against local English Academy opposition on Monday, Aug. 5, Wednesday, Aug. 7, and Thursday, Aug. 8.

The women’s team is spending time in Lisbon and the surrounding areas of Sintra, Cascais and Belem. In addition to sightseeing, the women will participate in three training sessions and three friendly matches. The team will play against Estoril on Sunday, Aug. 4, Barreirense on Tuesday, Aug. 6, and Sporting CP on Thursday, Aug. 8.

"I am looking at the training sessions and games we will play in Lisbon as the first phase of our preseason preparation," said Head Coach JP Sousa. "It's important for us to evaluate where individual players are before preseason, but we also want to work on a few new things while taking full advantage of the awesome country we will be exploring."

The men’s team has planned private tours of Stamford Bridge, home of Chelsea FC, Old Trafford, home to Manchester United and Anfield, home of Liverpool FC. They will also get the opportunity to tour and train at St. George's Park, the training center and home to England's national teams. On Saturday, they will have lunch at the famed Covent Garden before volunteering for community service.

The NCAA allows teams to participate in foreign tours once every four years. In 2013, the men’s team embarked on a nine-day tour in Barcelona, Spain. In 2015, the women’s team traveled to Madrid and Barcelona, Spain after traveling to Porto and Lisbon, Portugal in 2012. In 2008, the team went to England to train at the Liverpool FC Academy.

Men’s Soccer opens the 2019 season at home by hosting the Turk Emekli Classic with Gettysburg, Lycoming and The College of New Jersey Aug. 30-31 at Carlini Field.