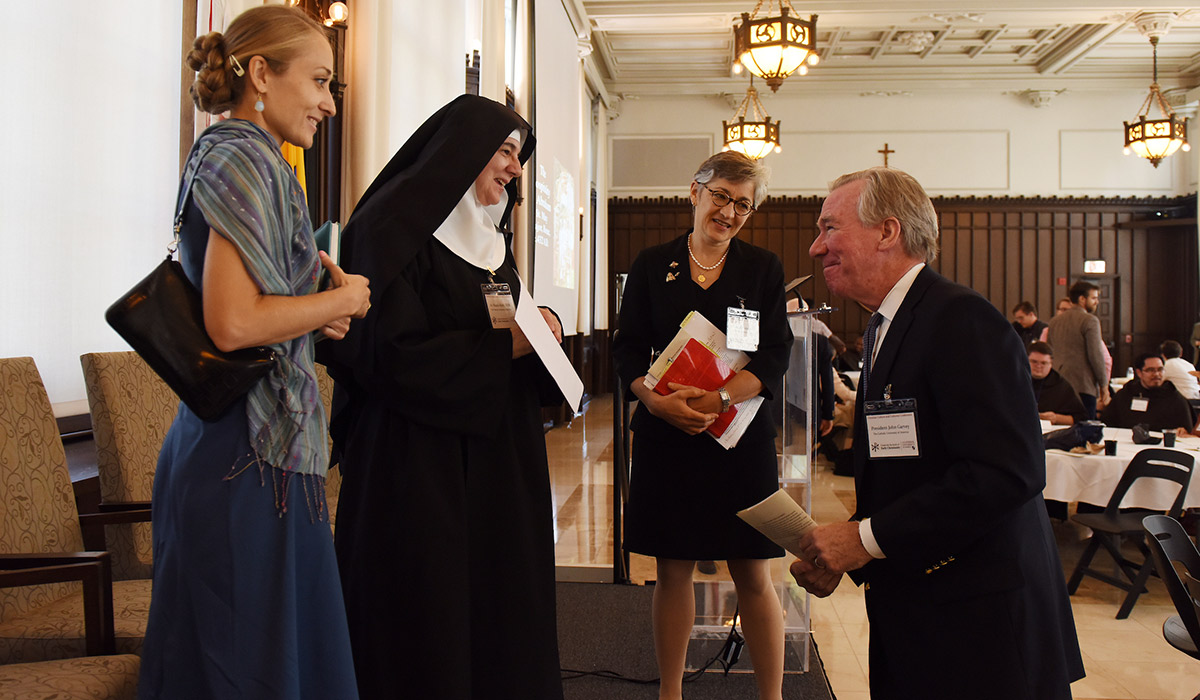 Catholic University faculty, scholars, and alumni gathered Oct. 4 for a day of in-depth discussions surrounding the earliest centuries of Christianity. The day-long conference, entitled “Treasures New and Old: Christian Culture and Cultures in the Patristic Age,” was organized by the University’s Center for the Study of Early Christianity.

The program included scholars from numerous departments and schools on campus, including the departments of Semitics, Greek and Latin, Early Christian Studies, Medieval and Byzantine Studies, and the schools of Philosophy and Theology and Religious Studies. All papers presented discussed the foundation of Christian cultures during the Patristic Age, which extended from the second-century days of apostolic fathers like St. Clement of Rome and St. Ignatius of Antioch to the 6th, 7th, and 8th centuries.

“It was during this time that Christians developed distinctive forms of literature, art, liturgy, education, theology, and modes of life,” said William Klingshirn, a professor of Greek and Latin and director of the center, who organized the event. “They were all in their own way new based on a newly emerging Christian faith, but they were also old in that they were adapting from existing Greek, Roman, Syriac, Egyptian, and other cultures. The interplay between these cultures and the theology and practices that shaped them is the theme that unites these papers.”

Klingshirn said he was inspired for the overall theme of the day by the work of Robert Louis Wilken, the William R. Kenan, Jr., Emeritus Professor of the History of Christianity at the University of Virginia who has written for First Things about “The Church as Culture.” Wilken was a guest presenter during the all-day conference, speaking during the lunch hour.

In his talk, Wilken explained how Christianity has become such an influential part of Western culture and how, in modern times, those Christian rituals, law, language, practices, and stories no longer have the same power to inspire, and guide “the behavior, thoughts, and affections of a Christian people.”

The conference, Klingshirn said, was a chance to examine “things that are old and again things that are new” through a wide variety of academic disciplines. “Wilken is saying that this is really important work because Christians shouldn’t let go of the culture we have. We live in a very secular world where you might forget the aspects of our calendar and culture that are based in Christian tradition.” 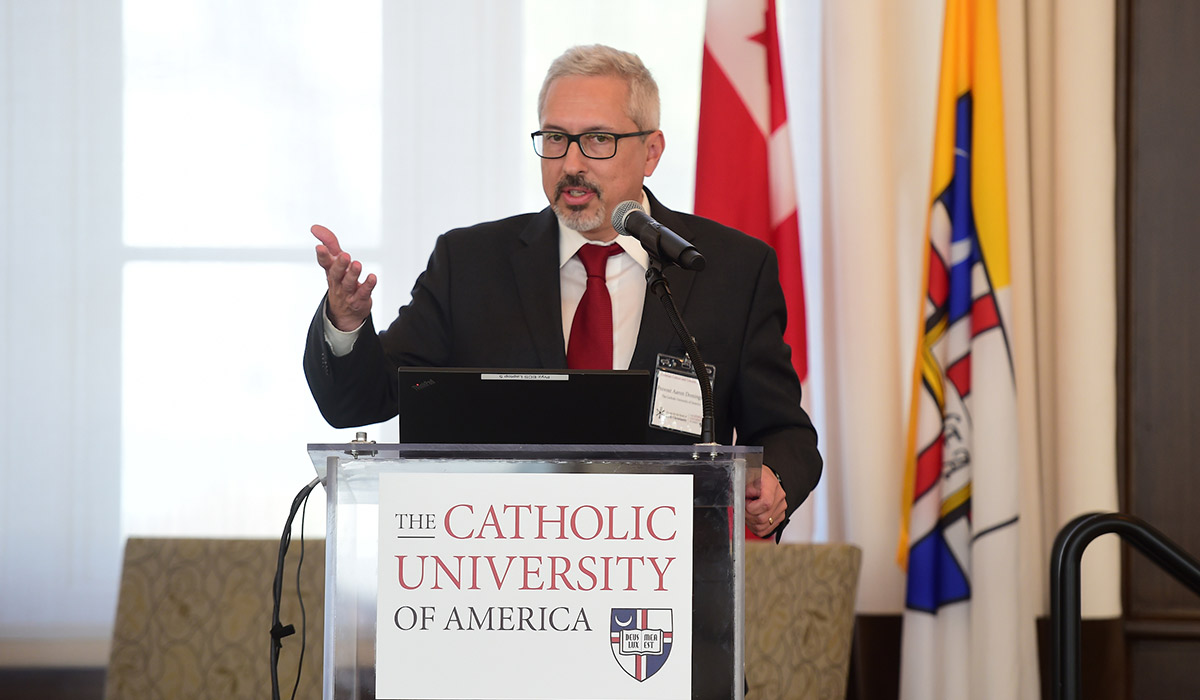 University President John Garvey spoke during the day’s event, along with University Provost Aaron Dominguez. Klingshirn said he hoped that the event would help scholars connect and learn about what others are researching.

“Even on our campus, there are a lot of people who don’t know exactly what we do,” he said. “They might have an idea of what early Christianity is, but probably not a good idea of what our methods are, how language-intensive we are, and how important the Bible is to what all the Church fathers were doing. We wanted to present this work to the larger community so they can know how we do our work.”

Among the presenters during the conference was Rev. David Friel, a doctoral candidate in Liturgical Studies, who presented on “The Vocabulary of Kingship in the Sacramentary of Verona.” He said the conference was a great fit for Catholic University since early Christian studies is a “particular strength” of the University. He also noted that he was able to make several new contacts in his field during the day.

“I was grateful for the opportunity to share the fruits of one of my research projects and to receive feedback from true experts in related fields,” Father Friel said. “I found the process of organizing my research in a way that would be intelligible to scholars of various disciplines difficult, but enriching.”