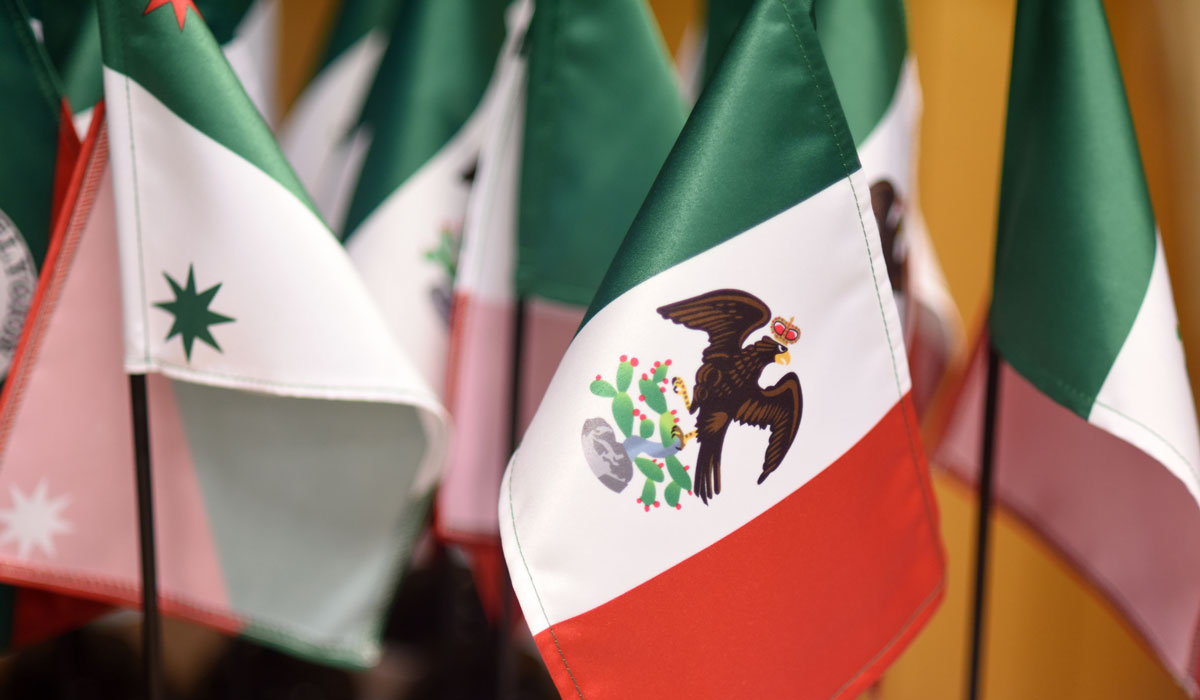 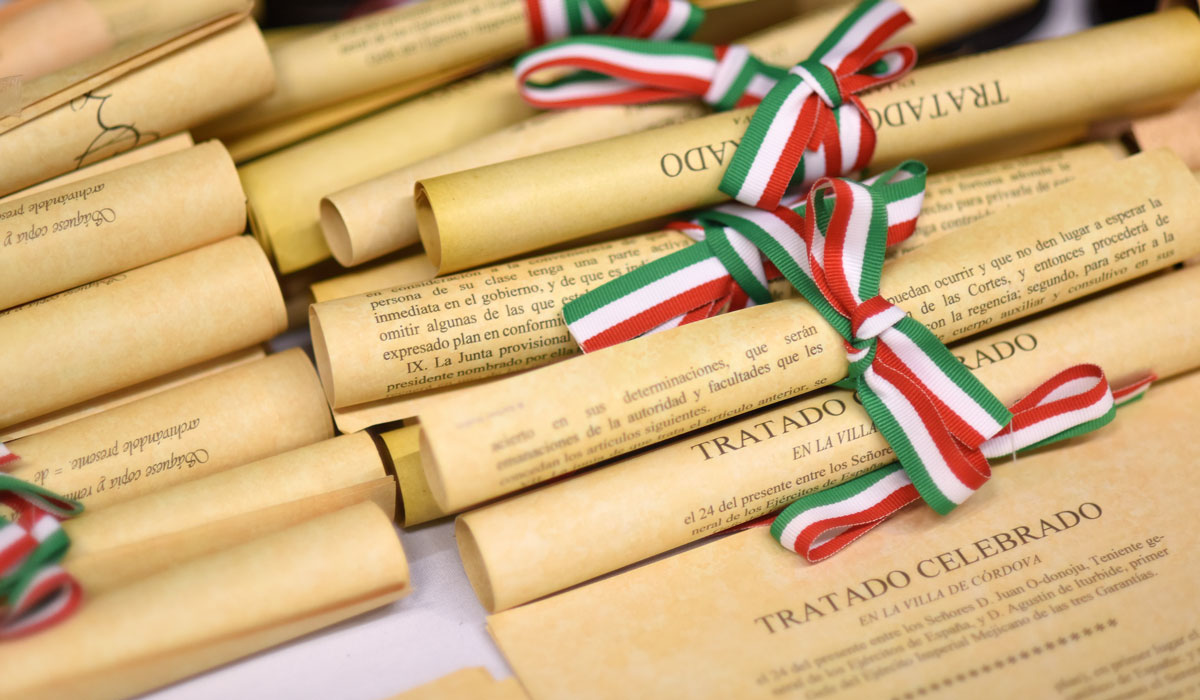 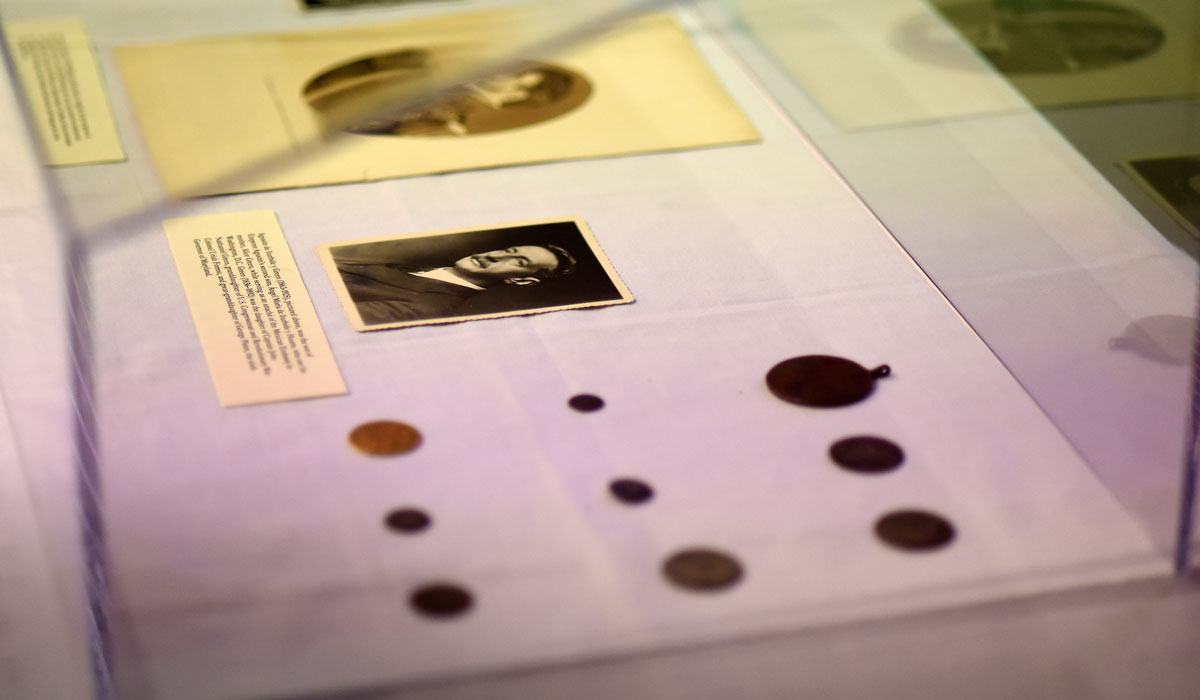 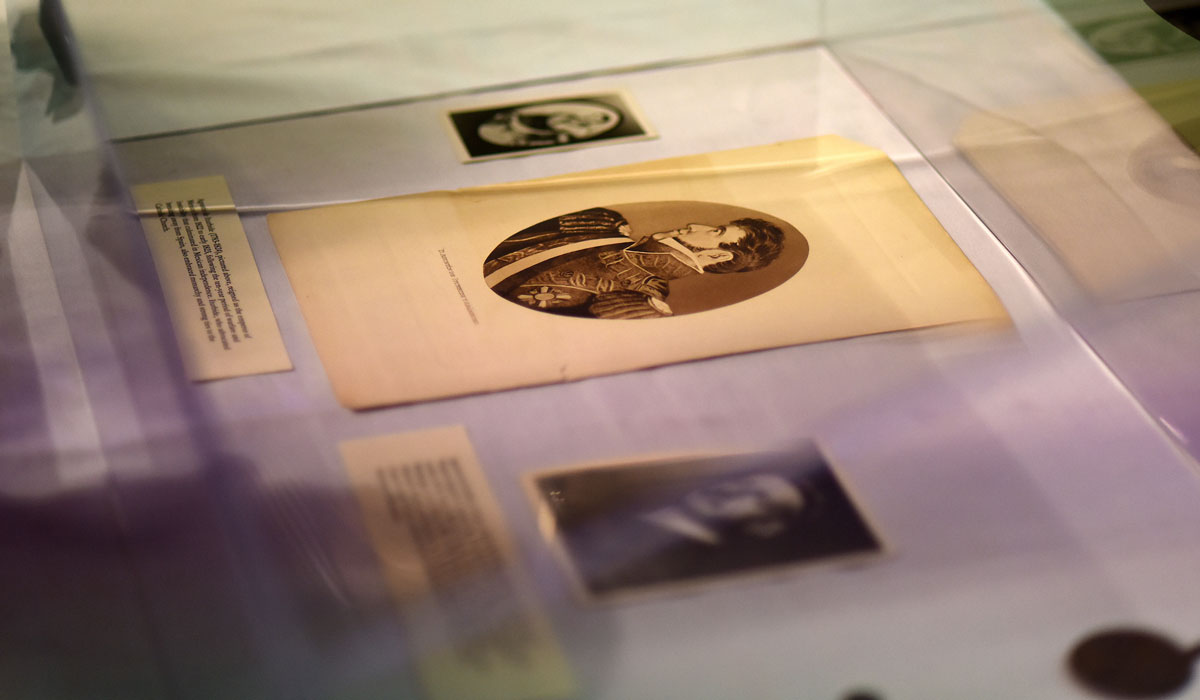 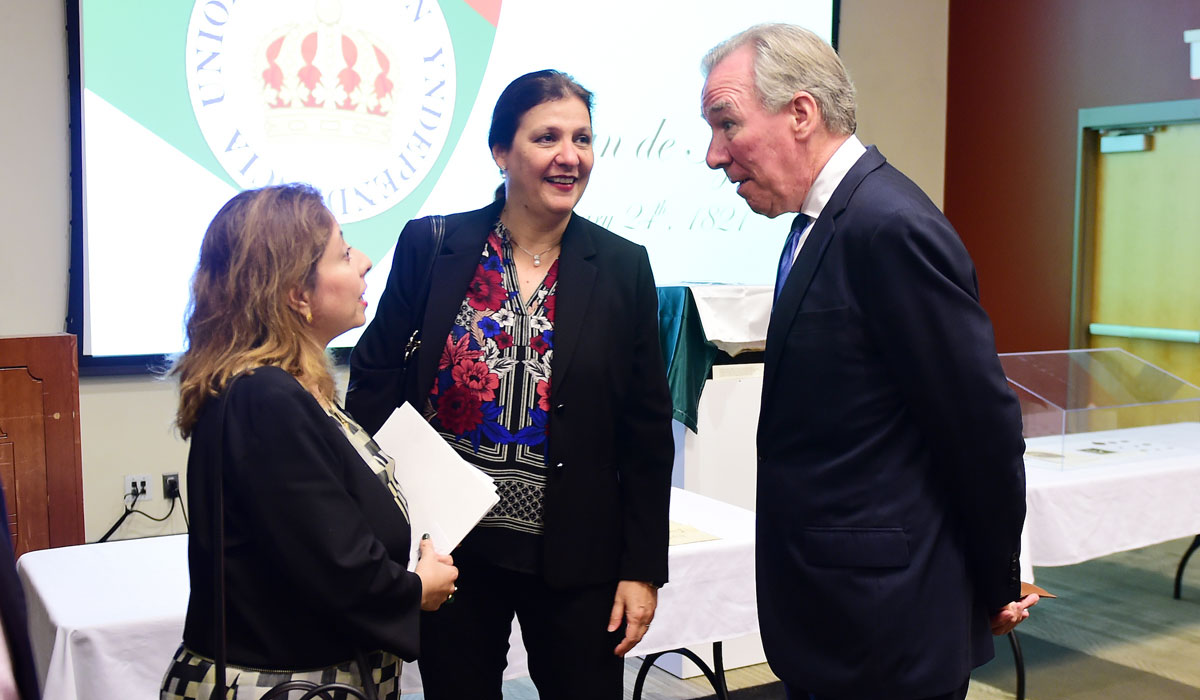 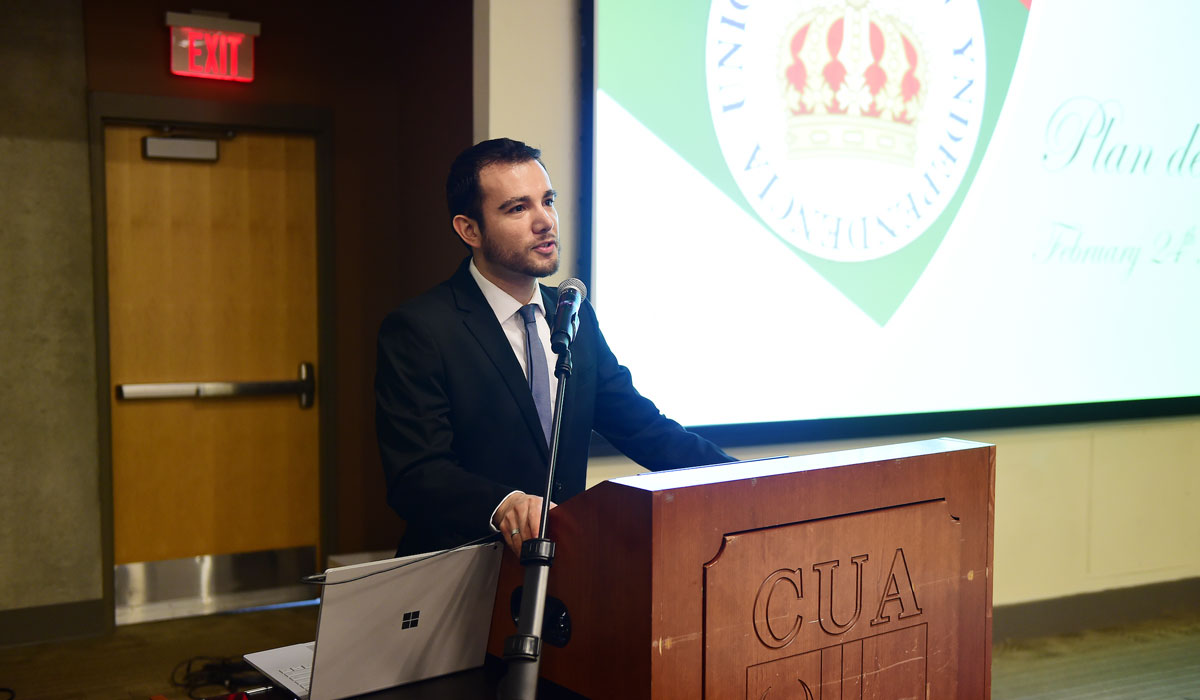 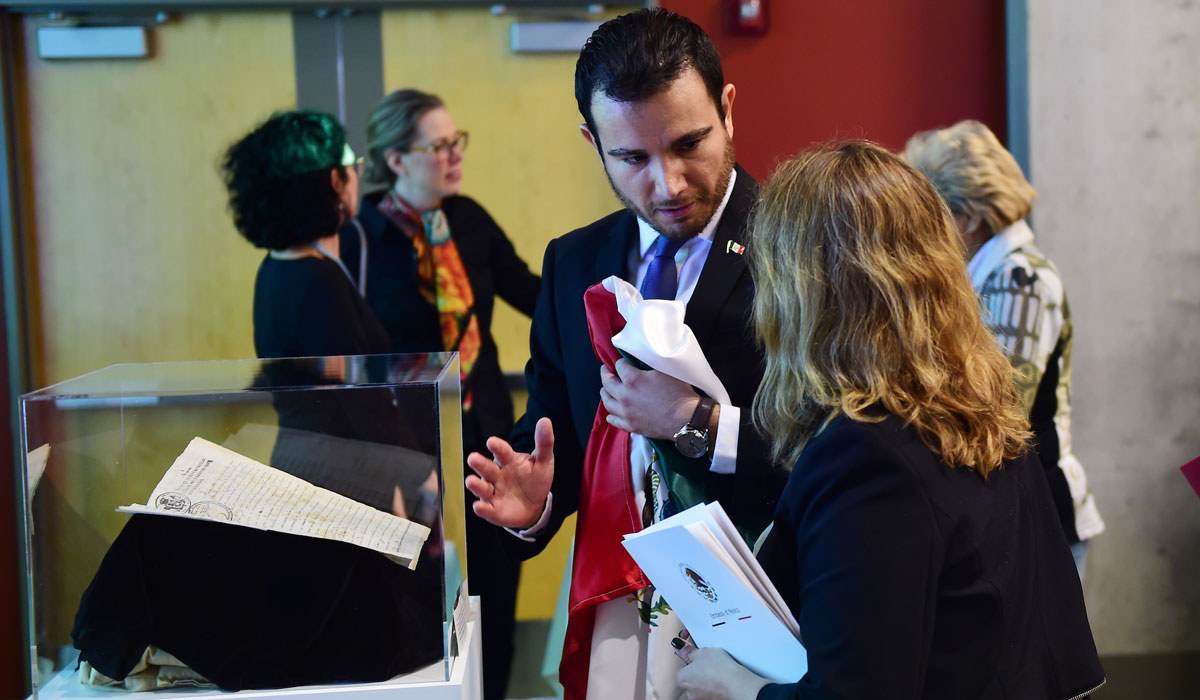 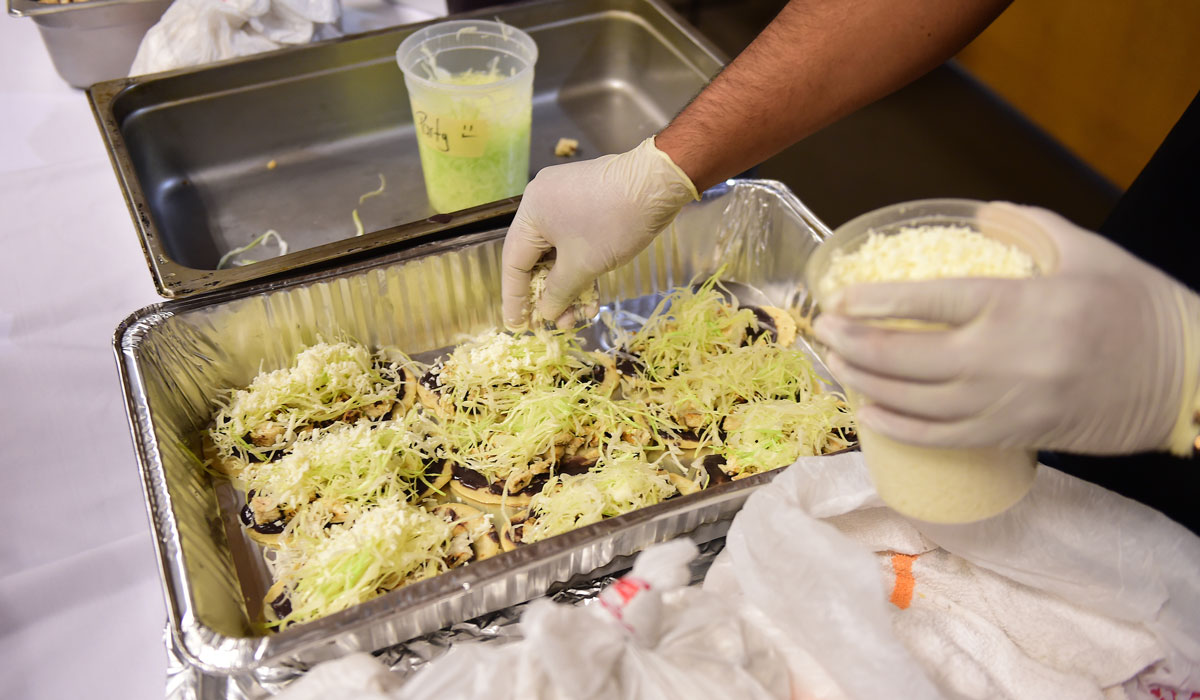 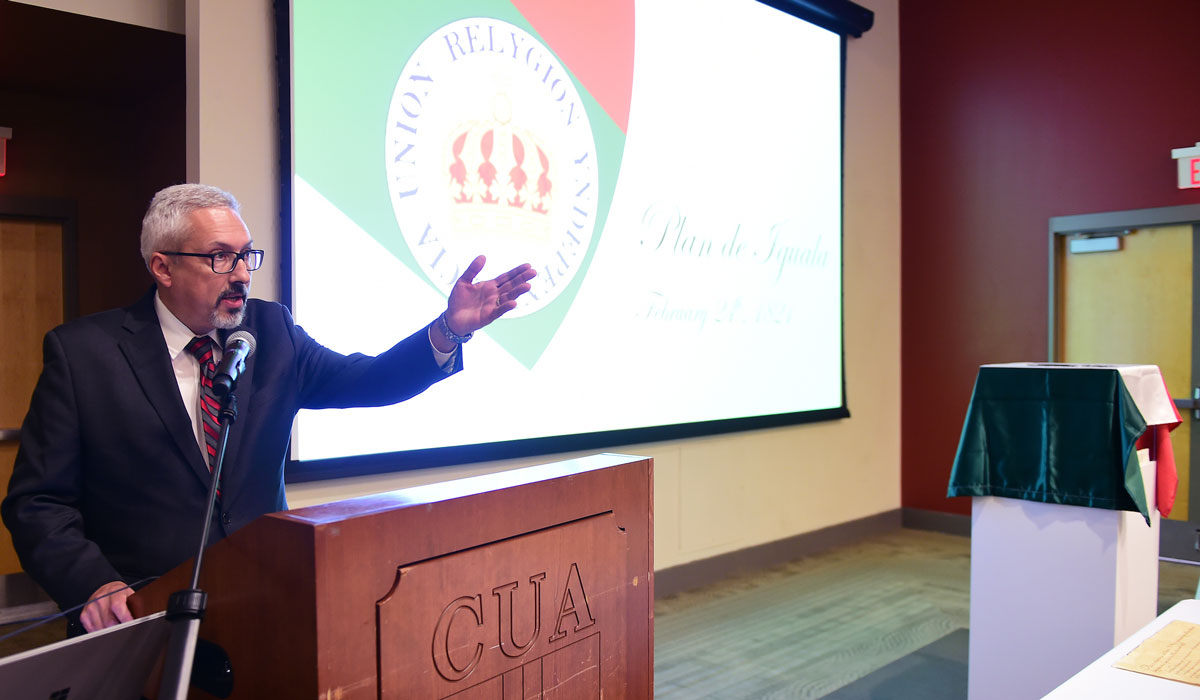 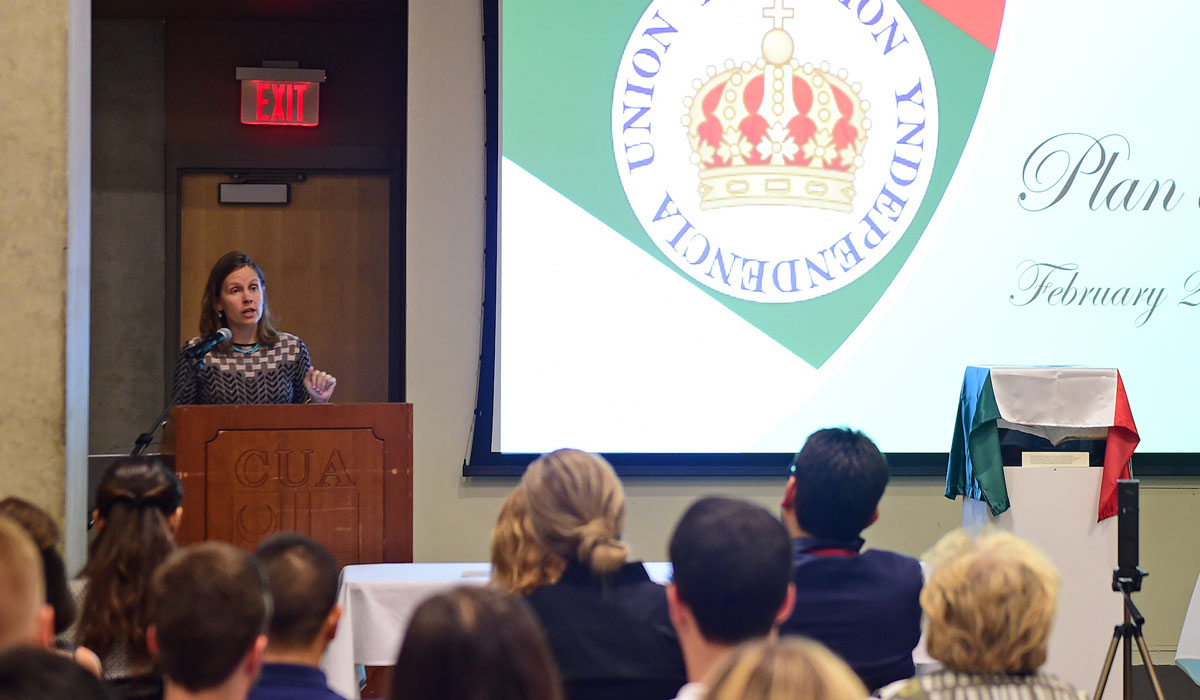 A celebration of Mexican independence took place at Catholic University with a display of the Plan de Iguala, a 1821 document declaring Mexico’s independence from Spain. The Plan de Iguala, also known as the Plan of The Three Guarantees or Act of Independence, arrived to the University Archives in 1957. The document was displayed to the public for the first time in 50 years on Monday, Sept. 30, at the Pryzbyla Center Great Room for students, faculty, staff, and the community to view and celebrate.

The celebration kicked off with food from a local Mexican restaurant, followed by welcoming remarks from Duilia de Mello, vice provost for global strategies, and Provost Aaron Dominguez.

“We have with us one of the most important documents that led to the independence of our people. It represents a shared new beginning,” Dominguez said. “This yearning of our forefathers to be free is what made it possible for people like me and for you to be here today; made it possible for a mixed race Catholic boy like myself to work at the great Catholic University in the nation's capital and to be present to host such a beautiful event as this.”

Julia Young, associate professor of history, presented the audience with the story and background of the Plan de Iguala and took the audience on a quick tour of several hundred years of Mexican history that focused on the tension between Church and state in Mexico.

“By 1927 the Cristero rebellion was raging throughout the heartland of Mexico and Cristero fighters were well aware there was another political path to take: one in which Church and state weren’t separated, but integrated. They believed the Plan de Iguala was the true guiding document for Mexico,” Young said.

Alberto Alejandre, graduate student at Georgetown University and coordinator of the event, spoke about the three fundamental values of Mexico from the Plan de Iguala: independence, union, and religion. Alejandre also presented the two original flags of Mexico, the Flag of the Three Guarantees, and the Flag of the First Mexican Empire at that moment in 1821 that were on display.

After learning the history of Mexico’s independence, students from Georgetown University unveiled the archival copy of the Plan de Iguala for the audience to see up close as Mexico’s national anthem played in the background.

The President of Mexico, Andrés Manuel López Obrador, has announced 2021 as the year of historic memory. It will mark 200 years of Mexico being an independent nation. Catholic University is currently considering how to obtain the resources to best celebrate the 200th anniversary of Mexican Independence with a possible permanent display of the Plan de Iguala.