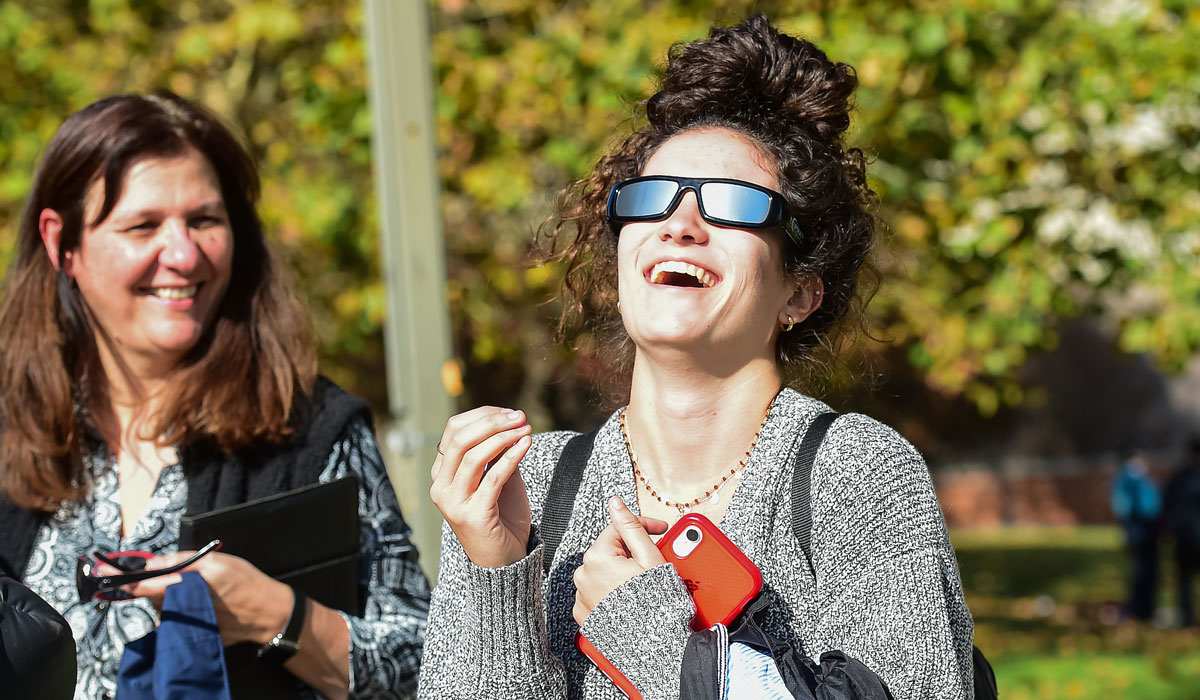 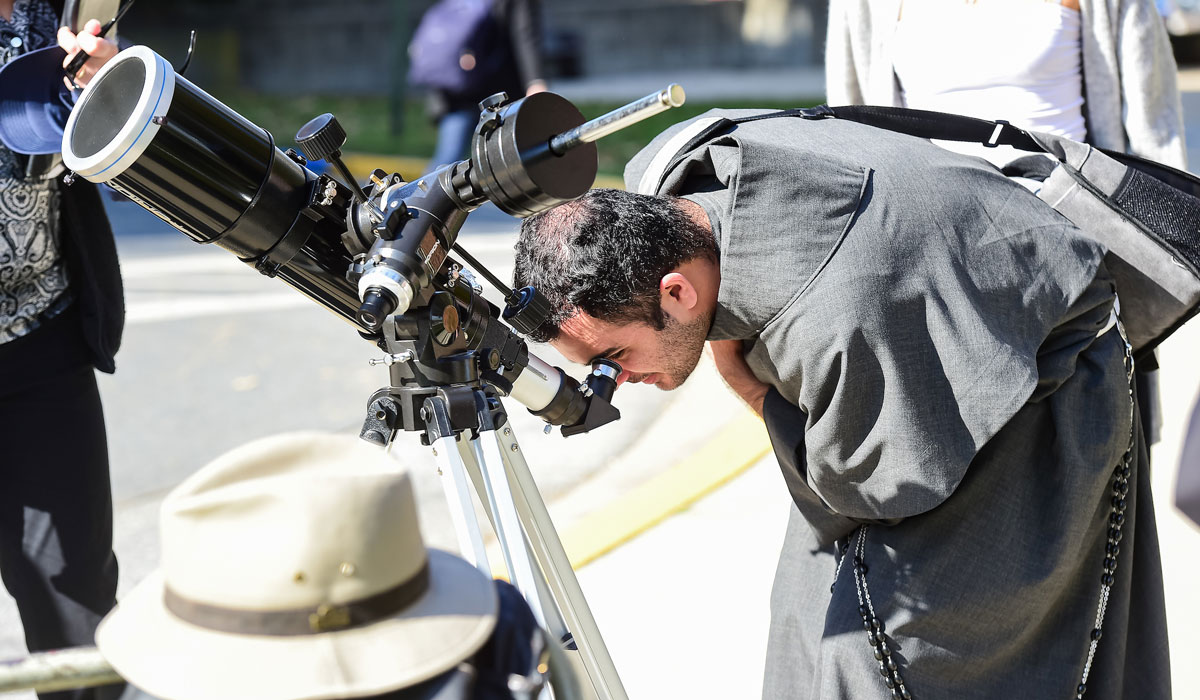 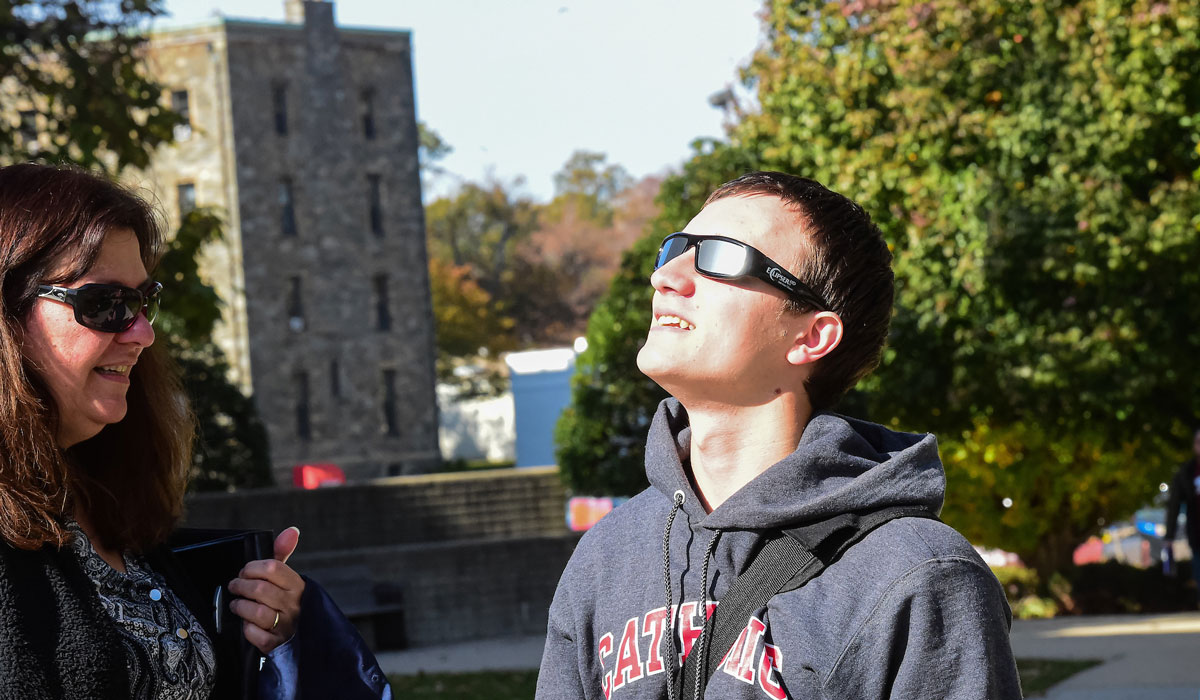 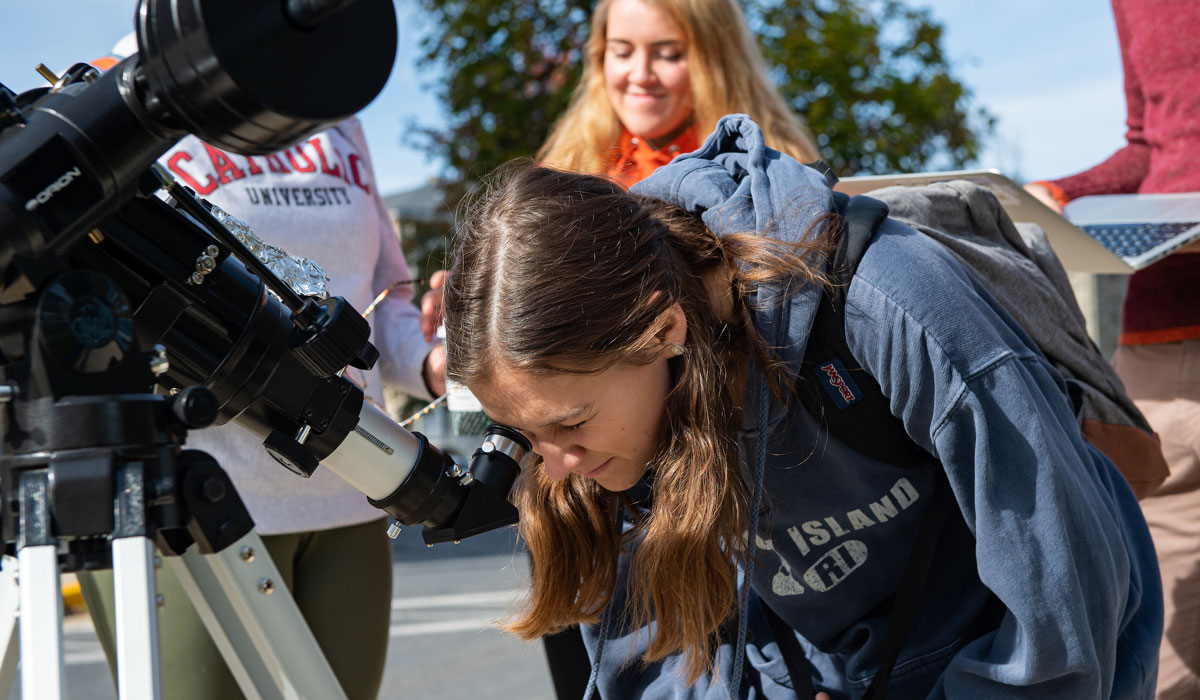 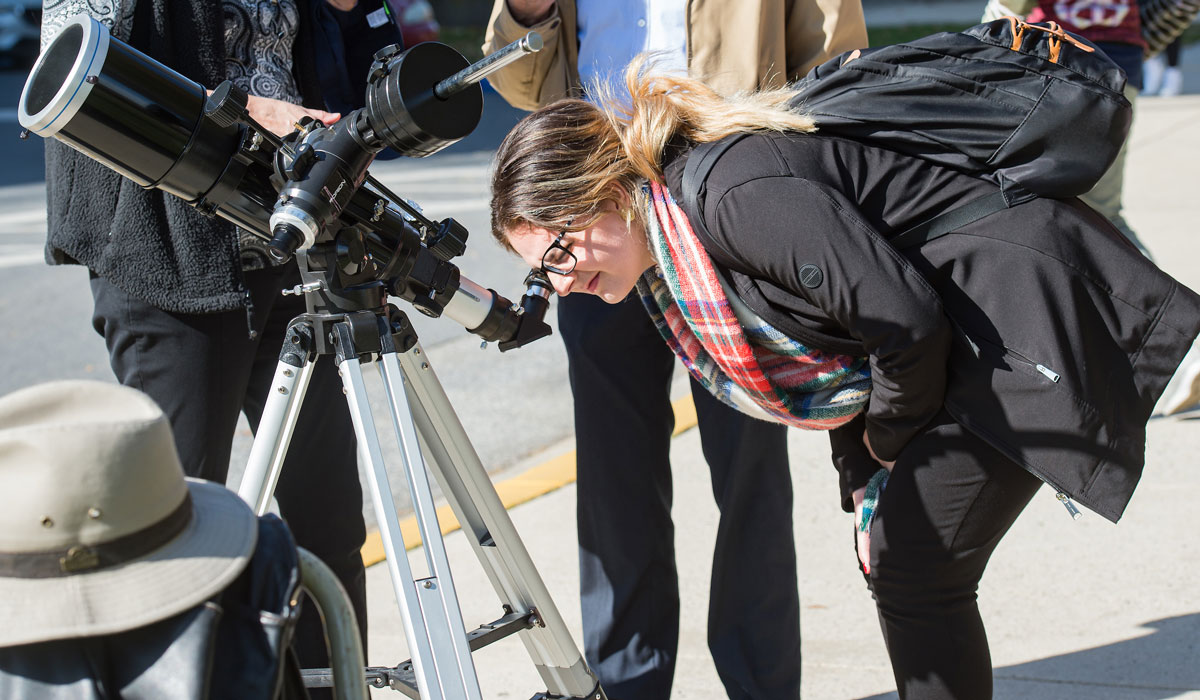 On Monday, Nov. 11, Catholic University astrophysics faculty Duilia de Mello and Tommy Wiklind assembled a telescope outside of McMahon Hall and offered students the rare chance to see Mercury passing in front of the sun. De Mello estimates that at least 200 students, faculty, and staff stopped by.

The community viewed the occurrence up close through the telescope with a filter to block harmful sun light. They also used special sunglasses to look at the sun. The next time Mercury will pass in front of the sun is 2032. But the next time it will be visible from the United States is 2049.

“Viewing Mercury is extremely hard because it is such a small planet, but the contrast with the sun in the background made it possible for us to follow it over several hours,” de Mello said.

A seminarian summarized the experience by saying, "Wow, it is so small! It puts life in perspective."

“It does!” de Mello said. “We are also on a small planet, orbiting the same star. And we have been able to identify thousands of other planets around other stars.”