The Carnival of the Artists! 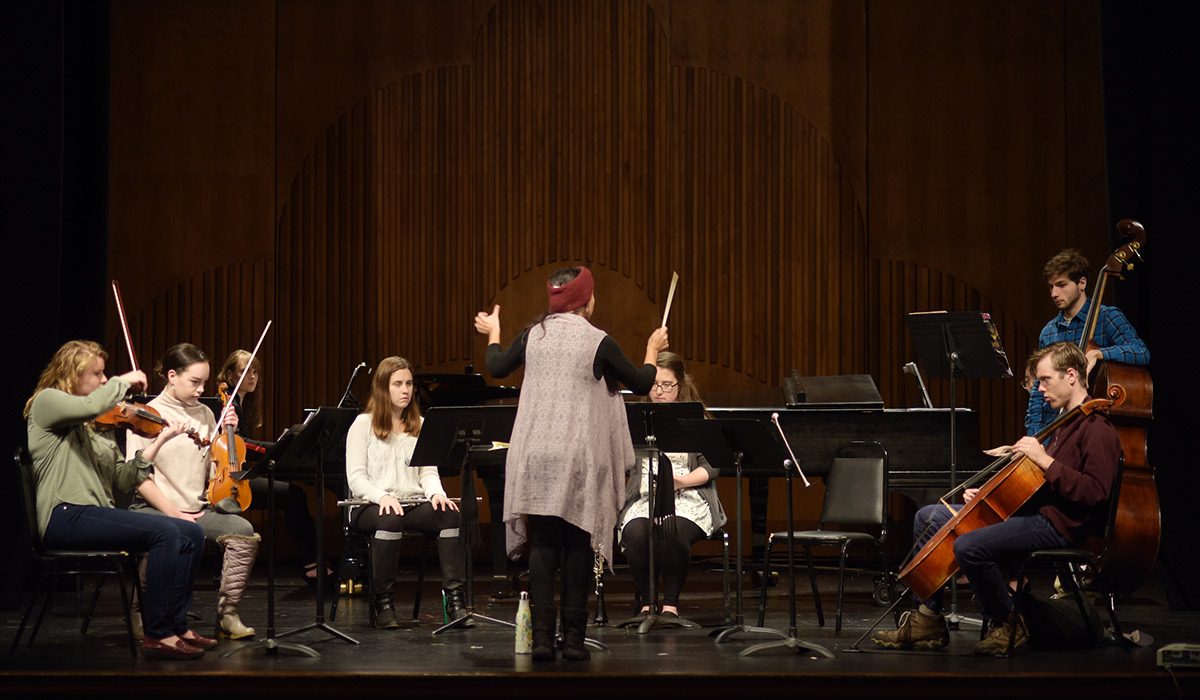 The sounds and movements of the animal kingdom were presented during a collaborative performance, Piano Gala: The Carnival of the Artists! hosted by Catholic University’s Rome School of Music, Drama, and Art piano area on Thursday, Nov. 14 at Ward Recital Hall.

As part of the Washington International Piano Series at the University, the gala featured faculty and students from all three departments of the Rome School (music performance, drama, art, theory and composition) to showcase a night of music, poetry, and visual arts.

The main piece of the program, The Carnival of the Animals, has 14 movements, each representing a different animal. The composition was performed by a chamber orchestra featuring 11 musicians. Each of the movements was accompanied by 14 historical artworks spanning centuries and styles, selected by art majors to complement each of the movements with a unique visual. 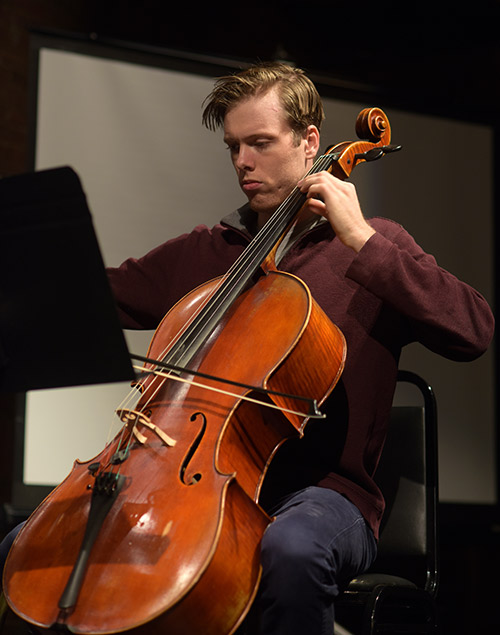 “I really wanted to involve colleagues from all departments of our school, and The Carnival of the Animals was perfect for that. I looked for a format that was less traditional and outside the box,” said Ivo Kaltchev, piano professor and head of piano academic area. “Being an interdisciplinary concert, it included more performers, artists, talents, and ideas. In return, the show became very inviting, unique, and more appealing.”

In addition to The Carnival of the Animals, the concert included animal-inspired music compositions by Schubert, Glinka, Adamo, Faure, Copland, Ravel, and Rossini. It also featured humorous fables from Aesop and La Fontaine read by narrators. After each fable, musicians performed a different movement from The Carnival of the Animals, producing the spirit and sound of each animal, while a slideshow of the historical artworks played in the background.

“Music and the visual arts have always had fruitful cross-pollination, where one inspires the other and vice-versa,” said Jonathan Monaghan, assistant professor of digital art.

The Carnival of the Animals was written by Camille Saint-Saëns in 1886. “There is one movement in the work that's not directly related to animals: ‘The Pianists.’ It seems that Saint-Saëns, sarcastically and humorously considered pianists a different type of animal entirely. That is why the word ‘Animal’ is crossed out and ‘Artists’ is included in the title of the concert,” said Kaltchev.

“You will be hearing and seeing more interdisciplinary events being produced by the Rome School and the Washington International Piano Series at CUA. We’re happy and excited to have art, drama, and music work together again,” said Kaltchev.

The full schedule of Rome School performances and events is available online.