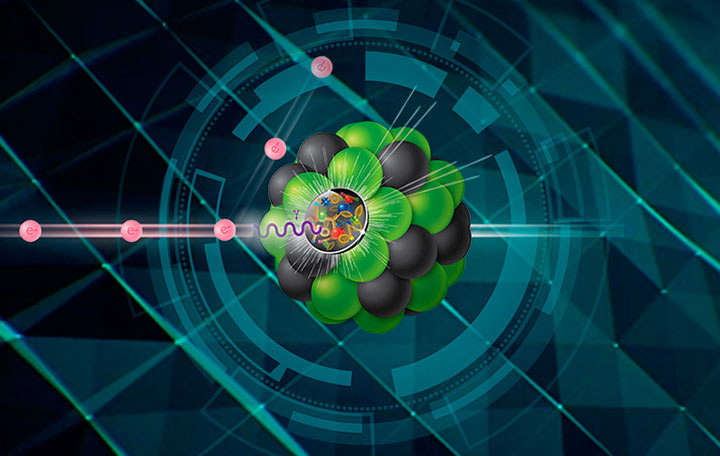 The U.S. Department of Energy (DOE) announced on Jan. 9 the selection of Brookhaven National Laboratory in Upton, N.Y., as the site for a proposed nuclear physics research facility.

The Electron-Ion Collider (EIC) will be designed and constructed over 10 years at an estimated cost between $1.6 and $2.6 billion. It will smash electrons into protons and heavier atomic nuclei in an effort to penetrate the mysteries of the “strong force” that binds the atomic nucleus together. The EIC was proposed to address these outstanding puzzles in modern nuclear physics by a large group of researchers that includes Catholic University physics professors Tanja Horn, Ian Pegg, and Grzegorz Kalicy.

“The Electron-Ion Collider will play a transformative role in one of the greatest unsolved mysteries of physics: how visible matter emerges from the fundamental constituents of the atoms, the quarks and gluons,” said Horn. “This is a unique facility that will push the frontiers of our knowledge about the structure of the building blocks of everything in the universe as never before.”

Horn has played a large role in the development of the EIC since 2007. She is one of the authors of the EIC White Paper, was part of the committee to write the EIC Detector Requirements and R&D Handbook, and serves as one of only four (worldwide) Detector Group conveners for the EIC User Group, to guide the efforts towards the next phase of documented detector concepts for an EIC.

Modern particle detectors and readout systems will be at the heart of the EIC, driven by the demand for high precision particle detection and identification of final-state particles. To address these demands Horn, Pegg, and Kalicy have been leading key technology developments and have received continuous funding for these efforts.

Horn and Pegg have been developing a new glass scintillator material at Catholic University that has the potential to be key for constructing high-resolution calorimetry for the EIC, an approximately $40 million detector. Kalicy, meanwhile, is developing a Detector of Internally Reflected Cherenkov light (DIRC), which will be essential for particle identification. To optimize the interplay of these detectors they have recently started to develop artificial intelligence and machine learning methods.

“Detector technology is crucial to the success of the EIC,” said Pegg. “We’ve been able to combine and leverage our expertise at Catholic University in materials science and nuclear physics to develop novel detector materials — glasses instead of the traditional, and expensive, crystals — that offer improved performance at a significantly lower cost. It’s very exciting to be contributing to a project of the magnitude of the EIC and its success in probing some of the frontiers of our knowledge.”