Their desire to find a way to serve their D.C. community during the pandemic brought them together virtually. In a Facebook group called D.C. Mutual Aid Network, they each posted nearly identical messages: “I’m a graduate student at Catholic University looking to help vulnerable populations during this crisis.”

“So many people in D.C. don’t have a home in which to isolate,” says Lundberg. “They don’t have running water and soap or protective masks or hand sanitizer. We thought this would go a long way, not just to help those experiencing homelessness, but for the safety of the entire community. If the virus is not contained for everyone, it is not contained for anyone.”

“We reached out to several agencies including Greenleaf Women’s shelter, SOME (So Others Might Eat), Pathways to Housing DC, and Unity Health Care,” says Sims. “The first step is to listen, to find out what would be most helpful in light of heightened needs resulting from the pandemic. It’s a basic social work principle. You first find out what is needed, what is most helpful, and then ask how you can help meet that need.” 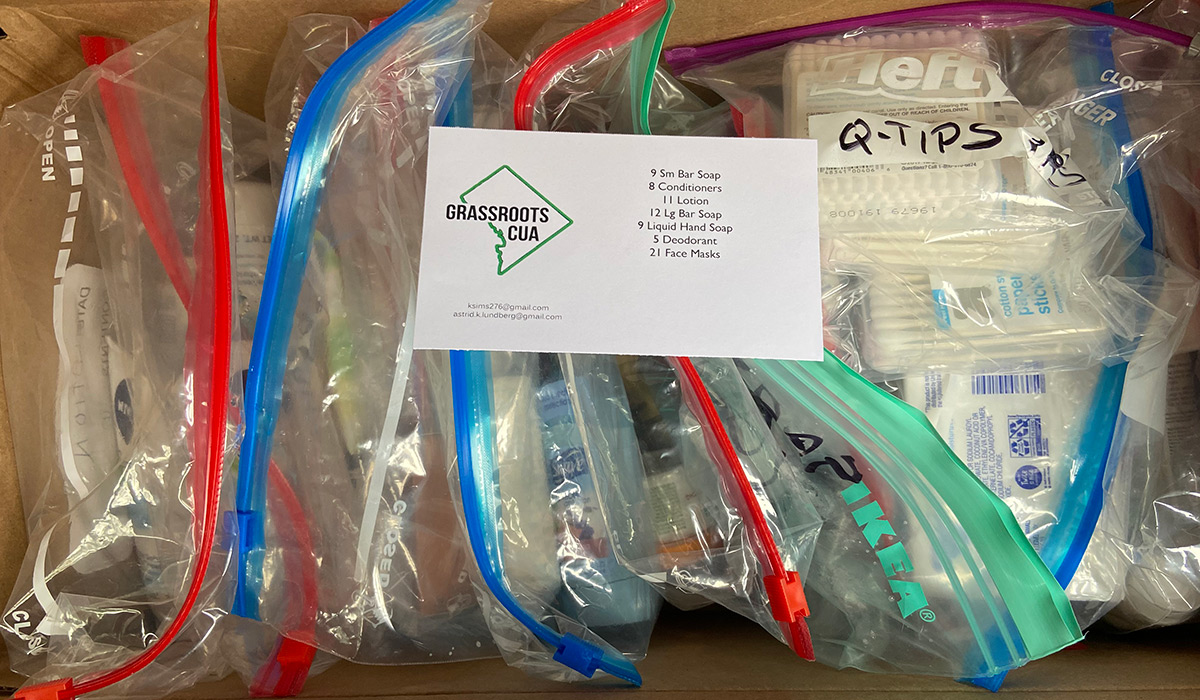 Sims says the desire to help vulnerable populations led her to pursue a second career in social work. The former history teacher is completing her foundation year in the M.S.W. program at the National Catholic School of Social Service (NCSSS). “I’ve always had a passion for social change. I was drawn to NCSSS because of its glowing reputation and its mission based on the principles of Catholic social teaching.”

Lundberg says her course of study as a graduate student in music composition draws on her love of storytelling. “Music is such a personal form of communication. My passion is listening to people and making a human connection. I can achieve that through composing music. It’s also the reason I am interested in service,” she says. She was drawn to the Benjamin T. Rome School of Music, Drama, and Art because it offers one of few master’s programs in composition for the stage and her desire to study with the small program’s accomplished composition faculty.

Sims and Lundberg say they were heartened by how quickly many of their fellow graduate students in music and social work jumped in to help. They included Sarah Lucas, Jessica Glover, Jeremy Smith, and Justin Sybenga from NCSSS and Nik Rodewald from the composition program.

“Because my phone number is on the flyer, I’ve been getting phone calls from people who want to donate. I had a wonderful conversation with a woman who wanted to donate a gallon of hand sanitizer,” says Lundberg. She was touched by two donations in particular. One drop off included 56 handmade masks. There was another donation of just one handmade mask. “I found that so moving because each of those numbers tells its own story about the person donating.

“There’s something really beautiful in the idea that this moment in history, when we can’t be together physically, has actually brought us closer,” says Lundberg.

— Ellen N. Woods is director, creative services, and managing editor, CatholicU magazine. She can be reached at woodse@cua.edu.

On Friday, May 1, music composition students Astrid Lundberg, Nik Rodewald, and Tobias Russell are donating all proceeds from the purchase of their original music to the Grassroots CUA drive. Visit musicbyastrid.bandcamp.com or nikrodewald.bandcamp.com or tobiasrussellmusic.bandcamp.com.

Note: Grassroots CUA is not an official University student organization. 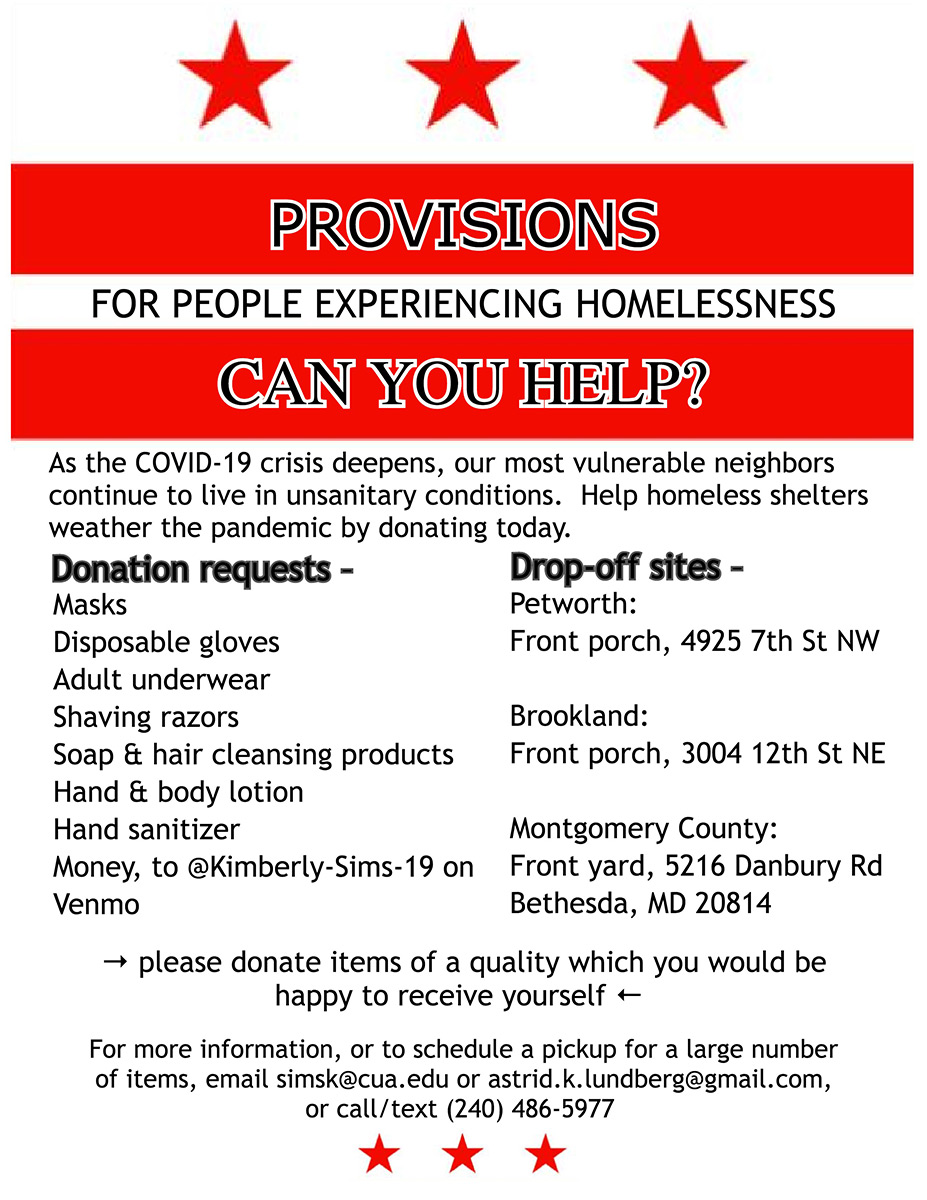