As people around the world deal with the physical and emotional impacts of social distancing and self-isolation caused by the COVID-19 pandemic, The Catholic University of America is recognizing three individuals for their ongoing efforts to serve vulnerable populations and develop a fuller understanding of the factors that contribute to human flourishing.

The University also is proud to be honoring Robert Louis Wilken, professor emeritus at the University of Virginia and an expert on the history of the early Catholic Church. And it has identified Aug. 7 as an alternative date when a potential in-person Commencement ceremony might be held on campus, if local health officials agree it is safe.

Ryan was invited to be the principal speaker at this year's Commencement exercises and receive the honorary degree Doctor of Social Work.

Founded in New York City in 1972, Covenant House today is the largest privately-funded agency in the Americas providing shelter, food, crisis care, and other vital services to homeless and runaway youth. It operates shelters in 31 cities in the United States, Canada, Mexico, Guatemala, and Honduras, including one located just blocks from the University campus in Washington, D.C. Ryan has served as the organization's president and CEO since 2009.

Under his leadership, Covenant House’s international Sleep Out movement has engaged thousands in raising awareness and funds to support youth experiencing homelessness. Its other efforts to save at-risk youth from the streets have been recognized with the Olaf Palme Peace Prize, the U.S. Department of State Hero Citation, and the Conrad Hilton Humanitarian Award. In 2010, the Vatican Mission to the United Nations presented Ryan with its Path to Peace Award.

He was appointed chief of staff to the U.N. special envoy for malaria in 2008, charged with marshalling public and private resources to tackle a disease then killing nearly one million children a year. In 2015, President Barack Obama appointed Ryan to the President’s Advisory Council on Faith-Based and Neighborhood Partnerships, and in 2020 Major League Baseball invited him to serve as a principal advisor for the league’s anti-human trafficking efforts. 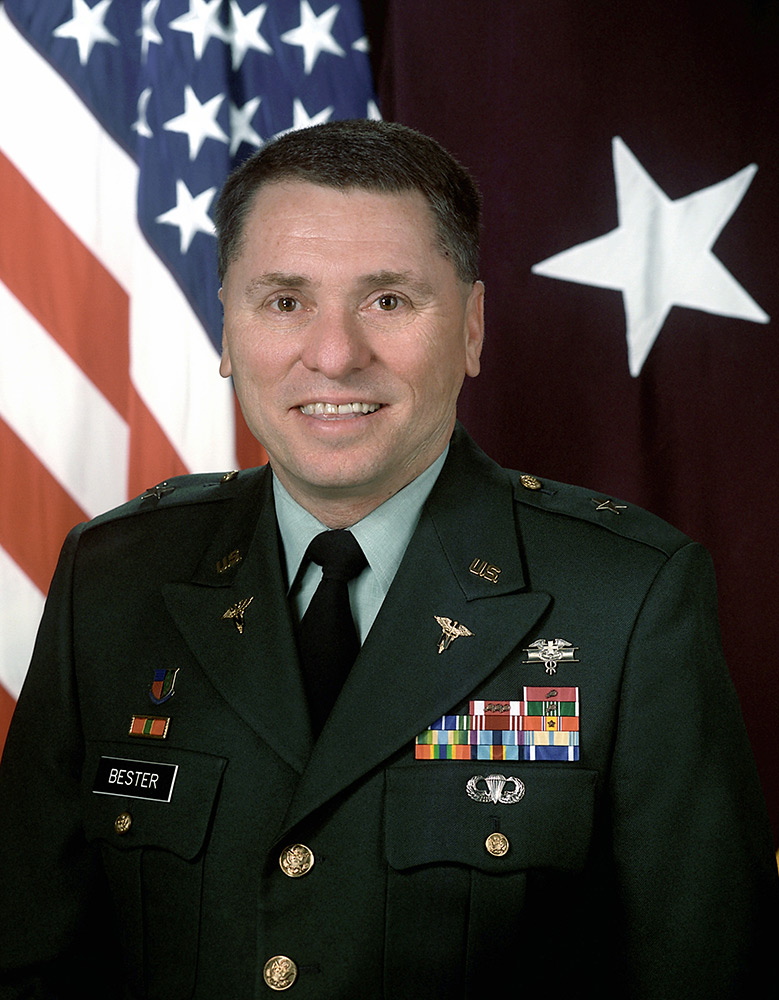 Though the 21st chief of the U.S. Army Nurse Corps when he was appointed in 2000, Bill Bester made history as the first male officer to hold that position in the Corps’ 119-year history.

What would eventually become a nearly 50-year career in both medicine and the military began at the College of St. Scholastica in Minnesota, where as an undergraduate nursing student seeking to defray his educational expenses Bester joined the Army Student Nurse Program. That in turn led, after his graduation in 1974, to Army Medical Department basic training and his first assignment — as First Lieutenant Bester — to Madigan Army Medical Center in Washington State. In rapid sequence, he was dispatched as a clinical staff nurse to Okinawa, promoted to captain, and returned to Beaumont Army Medical Center in Texas for training in anesthesiology.

In 1979, he was selected for the U.S. humanitarian mission assisting Cuban refugees, an assignment he “really loved” and that would significantly influence his future. He was appointed chief nurse of the 10th Combat Support Hospital at Fort Meade, Md., in 1981, and soon thereafter began his studies for a master’s degree in medical-surgical nursing at The Catholic University of America.

By 1990 he had risen to the rank of lieutenant colonel and, after various tours of duty in the U.S. and Europe, in 1998 was named commanding officer of the Army hospital at Fort Jackson, S.C., the first Army nurse chosen for the post. Two years later, now a brigadier general, he would become chief of the Army Nurse Corps. During his four-year tenure as chief, Gen. Bester oversaw the large-scale provision of nursing assets for Operations Enduring Freedom and Iraqi Freedom. He also pushed the expansion of the gender and ethnic diversity of the Corps, and for an increase in funding for military nursing research.

Following his retirement from active duty, Gen. Bester served as professor of clinical nursing at the University of Texas-Austin, as chief nurse of a civilian humanitarian team in Indonesia while aboard the USNS Mercy, and in a number of senior academic positions at the Uniformed Services University of the Health Sciences in Bethesda, Md. He remains active today as a senior advisor to the Jonas Center for Nursing and Veterans Healthcare, with a focus on the vulnerable that is especially poignant in a time of social distancing. 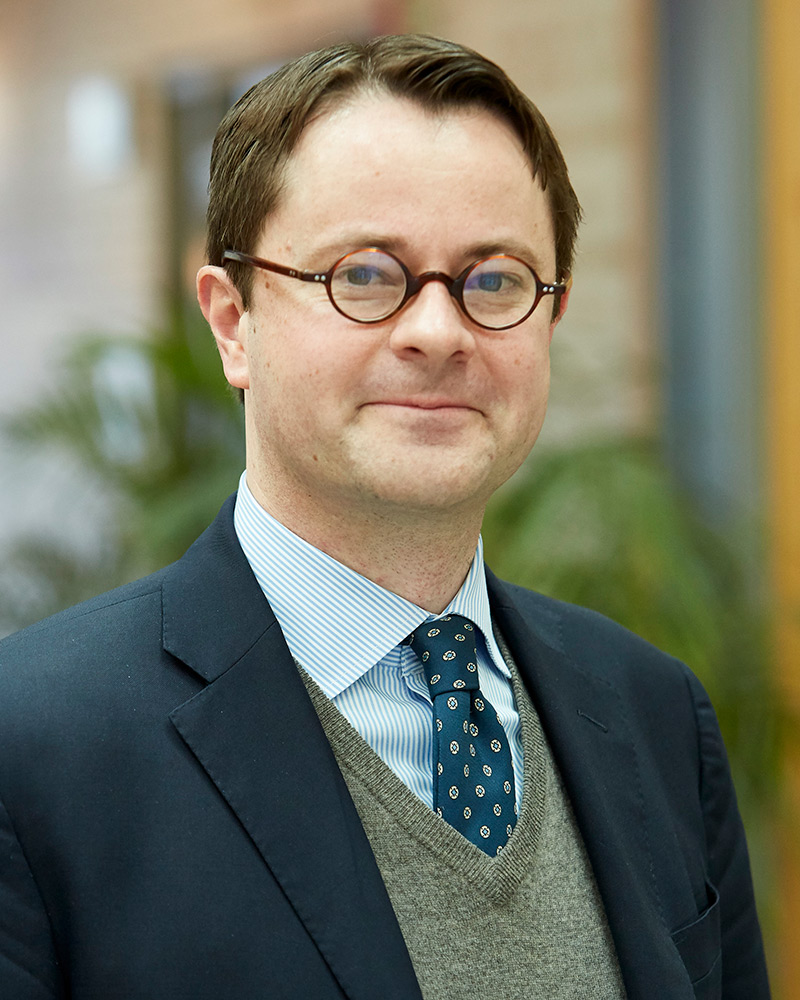 To his role as director of Harvard’s Human Flourishing Program, Dr. VanderWeele brings degrees in mathematics from Oxford University (twice), philosophy and theology (Oxford), finance and applied economics (University of Pennsylvania), and biostatistics (Harvard). His research spans psychiatric, perinatal, and social epidemiology in looking to distinguish between association and causation in observational studies. And his use of statistical and counterfactual ideas to formalize and advance epidemiologic theory and methods has been recognized with the 2017 President’s Award from the Committee of Presidents of Statistical Societies, the “Nobel Prize” of statistics.

Lately he has written of how the COVID-19 crisis, even with its suffering and hardship, can also be an occasion for gratitude, strengthening relationships, and reconciliation and forgiveness — aspects of a person’s life that, among others, VanderWeele believes contribute to happiness and life satisfaction, mental and physical health, as well as one’s character and virtue.

His view has been formed through decades of research on the science of happiness, as well as religion and health, including both religion and population health and the role of religion and spirituality in end-of-life care. Dr. VanderWeele’s findings appear in more than 300 peer-reviewed articles; he is also the author of Explanation in Causal Inference: Methods for Mediation and Interaction, hailed on its publication by Oxford University Press in 2015 as a landmark in its emerging field. 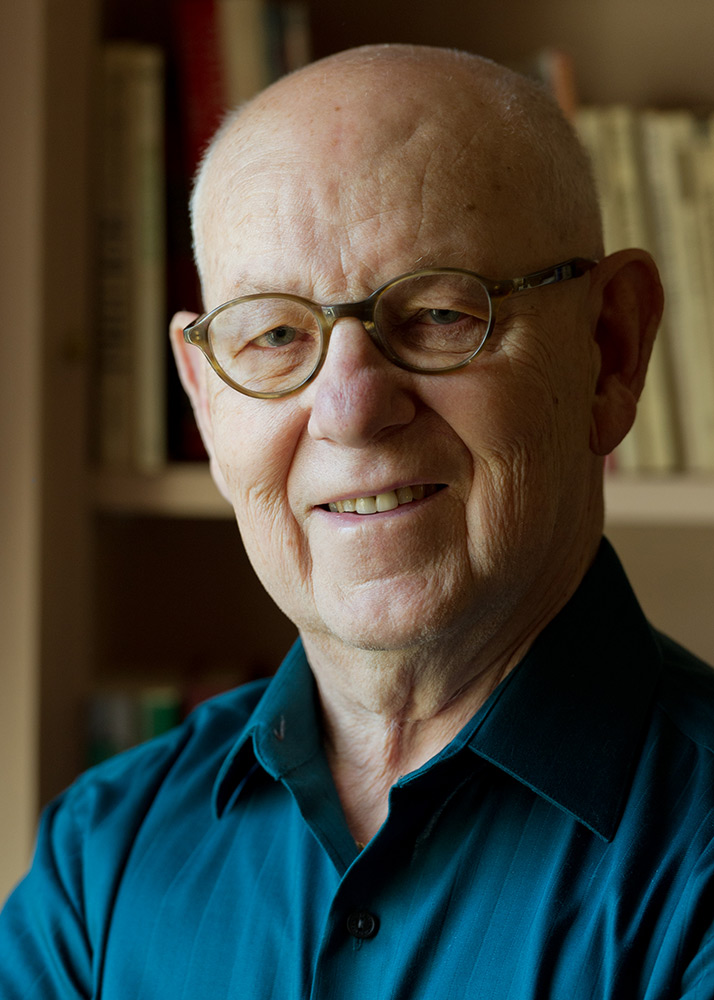 Now professor emeritus at the University of Virginia, where he served as the William R. Kenan, Jr., Professor of the History of Christianity starting in 1985, Wilken was raised in a devout Lutheran family and schooled at Concordia Seminary in St. Louis and University of Chicago, where his appreciation for Catholic liturgy blossomed into a desire to join the Catholic Church. As a result, he possesses “a unique voice that brings the early history of the Church to life” for his many students, readers, and fellow scholars, says his honorary degree citation.

In addition to the University of Virginia, Wilken has taught at Lutheran Theological Seminary, Fordham University, the Pontifical Gregorian University in Rome, Hebrew University of Jerusalem, and the University of Notre Dame. He is also the author of numerous popular, widely translated books, including The First Thousand Years: A Global History of Christianity; The Spirit of Early Christian Thought: Seeking the Face of God; and The Christians as the Romans Saw Them.

He emphasizes that religious liberty and freedom of conscience had their beginnings in religion, not politics, and — through his ongoing roles as a distinguished fellow at the St. Paul Center for Biblical Theology and as chairman of the board of the Institute on Religion and Public Life, the publisher of First Things — he continues to express his conviction that justice is impossible in a society without religious freedom.