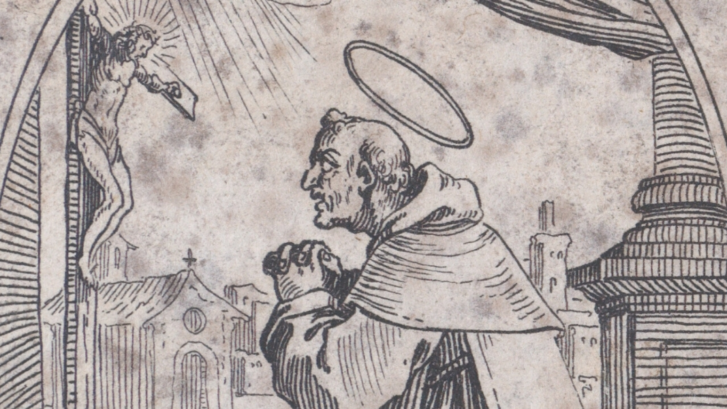 For the third year in a row, the Society of Medieval and Renaissance Philosophy (SMRP) awarded its annual Founder’s Award to a graduate of Catholic University’s School of Philosophy.

This year’s winner, Gaston LeNotre, Ph.D., 2017, received the prize for an essay entitled “Does Thomas Aquinas Change His Mind on the Individuation of Corporeal Substances?” LeNotre’s dissertation, which considered “Thomas Aquinas and the Method of Predication in Metaphysics,” was written under the direction of Gregory Doolan, associate professor of philosophy.

Although the 2017 winner earned his doctorate from Yale, that winner, Stephen Ogden, is now an assistant professor at Catholic University.

The School of Philosophy has had close ties to the SMRP since its inception, in 1977. Monsignor John F. Wippel was a founding member, and served as its third president (1983-84), a role that has been filled by two other members of the School’s faculty, Professor Emerita Thérèse-Anne Druart (2000-2001) and The Father Kurt Pritzl Chair of Philosophy Timothy Noone (2011-2012).