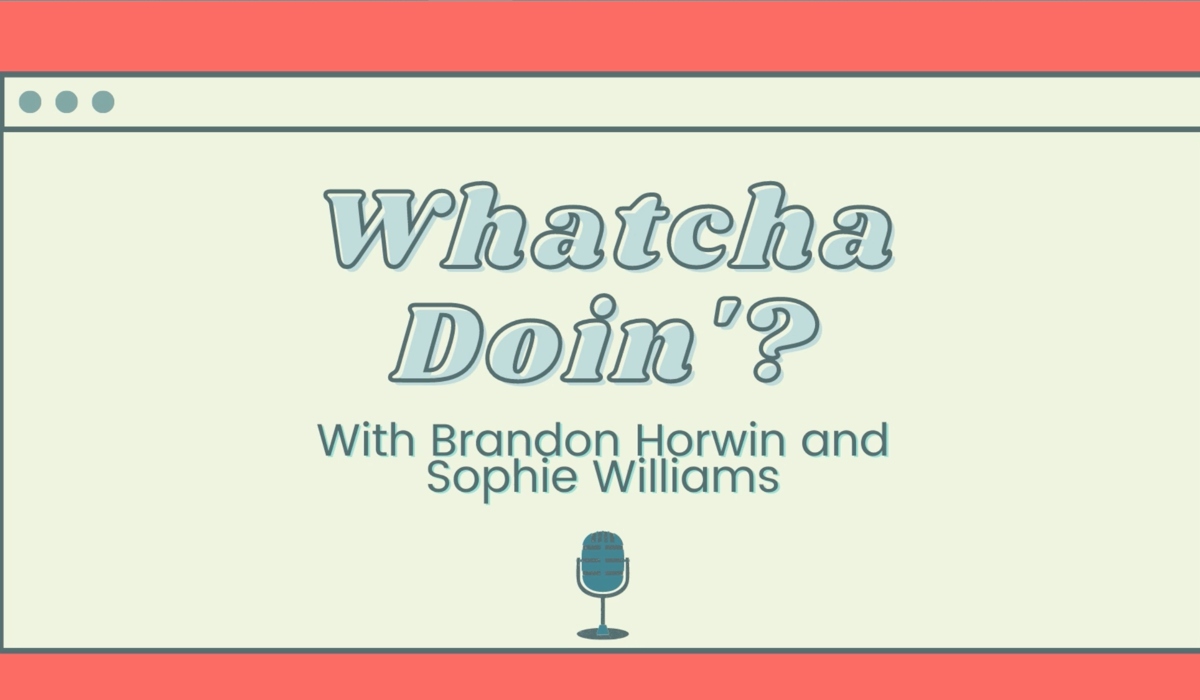 A pair of students in the Rome School of Music, Drama, and Art are interviewing Broadway stars as part of their podcast series, “Whatcha Doin.” Seniors Sophie Williams, a musical theatre major, and Brandon Horwin, a drama major with a performance arts management minor, decided to start their podcast as a way to stay creatively engaged while theaters are shut down because of the coronavirus pandemic.

As part of the podcast, Williams and Horwin interview theater professionals from the D.C. and New York theatre scenes. In early episodes, they interviewed their own friends and colleagues, including Catholic University professor Eleanor Holdridge, chair of the Department of Drama. As the months passed, they began to meet new people through the podcast, including Tony award-winning actors, directors, and playwrights.

“We started out with a small list of people and Sophie and I have been continuously shocked by the response we’re getting,” Horwin said. “We had one veteran Broadway actor from New York who came on and then another person from Broadway responded and said, ‘I’d like to be involved too.’” 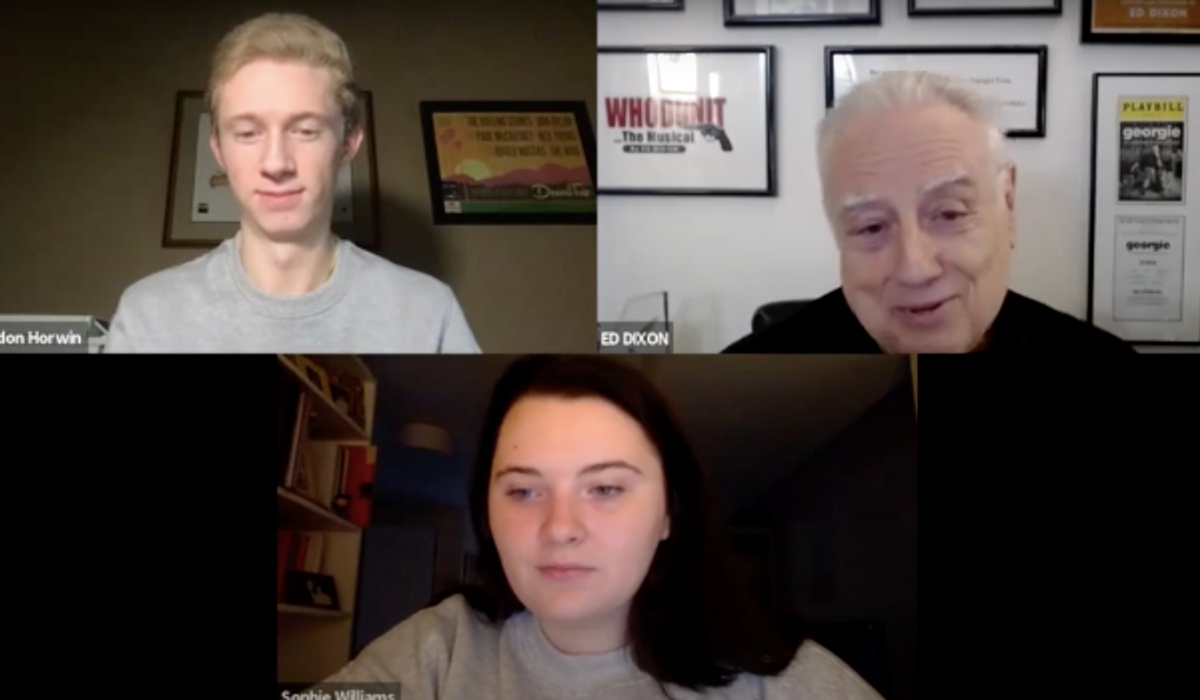 Each episode features an interview with one theatre professional. Williams and Horwin ask subjects about their theatre and art journeys, their career paths, their favorite stories from the theatre world, and how they have kept busy during the pandemic.

“It's very comforting talking to these professionals and hearing about how they maybe had a rocky road to where they've gotten now,” Williams said. “As a performer, things don't look too bright right now but if they did it, I'm sure I could figure out a way to do it.”

Williams and Horwin also ask what advice each person would give to a college student.

“A lot of people have given advice that you need to keep on going because this is just a small fraction of time,” said Horwin. “It’s interesting to hear that a lot of people have trouble finding their voice and that it’s not the easiest path. It was surprising to hear a Tony award-winning playwright and book writer come on and say that.”

Horwin said he is pleased at how well received the podcast has been across a wide array of audiences. Because of this podcast experience, he is now open to one day pursuing a career in media journalism. He hopes the podcast can continue throughout the year, even as the industry begins to open back up.

Williams said she hopes the podcast will provide encouragement to other young people hoping to make it in the theatre field. Often, she said, young people in the arts can get discouraged when they aren’t successful right away.

“Talking to these people, so many of them are well-established in their careers and they’re still going, they’re still doing what they love, moving up the ladder and having a good time,” Williams said. “I think this shows that even though your career might have a slow start for the first 15 years, it doesn’t matter and you should keep going. There are so many people out there who are well into their careers and still having the time of their lives.”

Both Williams and Horwin agreed that making the podcast has been a great way to stay engaged in the arts during a difficult time.

“As a musical theatre major, usually by this time in our senior year, we would be going to open calls, auditioning with people, and networking,” Williams said. “We can’t really do that in a pandemic because there’s not any sort of theatre scene to operate within right now. This podcast is something I can do for my peers, to help them get connected with other people and learn what opportunities are available.”

Podcast episodes are now streaming on Spotify under "Whatcha Doin' with Brandon Horwin and Sophie Williams" and on YouTube under the same name.