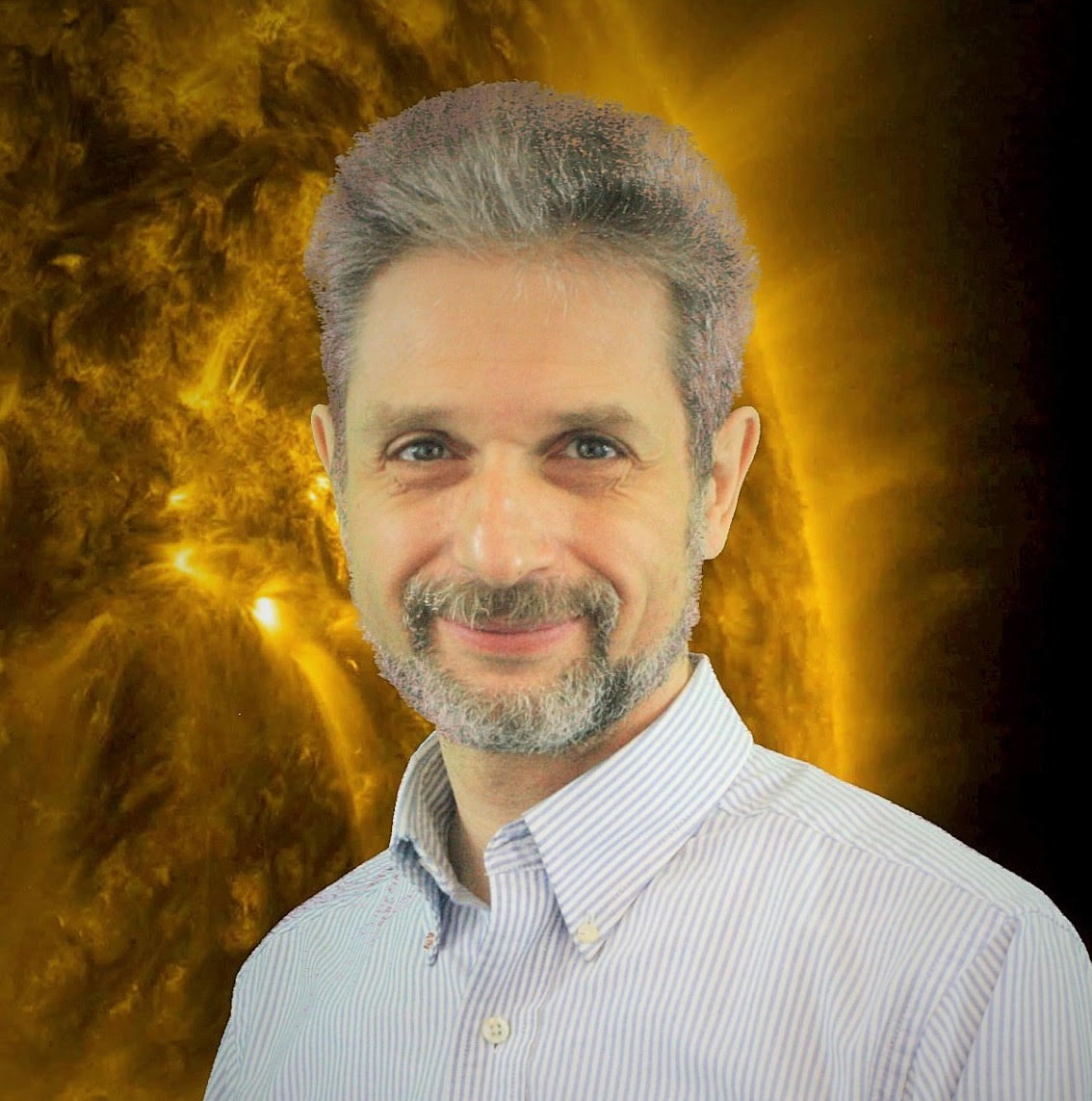 Catholic University Physics Associate Professor Vadim Uritsky and a team of American and British scientists led by him have uncovered evidence of small solar structures —  or “plumelets” — that could shed new light on the Sun’s flow of high-speed solar wind. Uritsky’s research was published in January in The Astrophysical Journal.

The surface of the Sun is threaded through with a constantly changing combination of closed loops of magnetic field and open magnetic field lines that stretch out into the solar system. Areas of open magnetic field can create coronal holes, which look like dark splotches in certain ultraviolet views of the Sun. Often embedded within those coronal holes are plumes, or geysers of solar material that stream outward from the Sun for days at a time. Those plumes — which are easily observable by NASA satellites and other spacecrafts — play a large role in creating and shaping the characteristics of high-speed solar wind.

Using high-resolution observations from NASA’s Solar Dynamics Observatory satellite along with an image processing technique developed for this work, Uritsky and his collaborators found that the plumes are actually composed of much smaller strands of materials, which they call plumelets. While a plume stretches out across about 70,000 miles in SDO’s images, each plumelet strand measures only a few thousand miles across, ranging from around 2,300 to 4,500 miles in width.

Though earlier work has hinted at structure within solar plumes, this is the first time scientists have observed plumelets in sharp focus and obtained their quantitative characteristics. The team’s work, focused on a solar plume observed on July 2-3, 2016, suggests that plumelets are more than just a feature within the larger system of a plume, but rather the building blocks of which plumes are made. The team observed that plumelets move individually and oscillate on their own, which means they could be a major driver behind disruptions in the solar wind.

“This shows the importance of small-scale structures and processes on the Sun for understanding the large-scale solar wind and space weather system,” said Uritsky, who also works as a solar scientist at NASA Goddard’s Space Flight Scientist and heads the University’s Space Weather Center and space weather degree program.

Solar wind is the driving force behind the Sun’s magnetic influence, carrying solar material and energy billions of miles to shape the environments around Earth, other planets, and into the reaches of deep space. Shifts in solar wind caused by Eruptive processes in the Sun's atmosphere can induce space weather storms and other events that affect instruments and astronauts traveling through space as well as our telecommunications systems on Earth.

“We always think of the Sun as a huge object, but what we've found is yet another proof that the small scale activity on the Sun is of tremendous importance,” he said. “The Sun is filled with energy, but the triggering of large eruptions such as major flares and plasma ejections that affect the entire solar system could be essentially driven by these little processes originated near the surface of our star.”

This project is just one of many ongoing research projects that CatholicU professors and students are collaborating on with scientists from the NASA Goddard Space Flight Center. Uritsky estimates that there are currently 10 ongoing doctoral projects conducted by CatholicU students within the Goddard’s Heliophysics Science Division alone, with many more projects conducted in other divisions.

The discovery of the solar plumelets, Uritsky noted, will likely lead to more exciting research projects down the road as scientists work to better understand what these solar structures do and how they affect the mechanics and electrodynamics of the solar wind.

“This discovery opens a new research path because we need to figure out how the solar particles propagate away from the surface of the Sun along the narrow magnetic channels created by plumelets, and how this process reshapes the global landscape of the magnetic solar wind filling our solar system,” Uritsky said. “The next important step is to understand the underlying physics behind the generation mechanism of these plumelets, and this study is already on the way.”

This article appears in the spring 2021 issue of CatholicU, which includes features about Cardinal Wilton Gregory, alumni teachers who faced new challenges during the pandemic, and a student writing content. Read those stories and more on the magazine's website.

This article appears in the spring 2021 issue of CatholicU, which includes features about Cardinal Wilton Gregory, alumni teachers who faced new challenges during the pandemic, and a student writing content. Read those stories and more on the magazine's website.