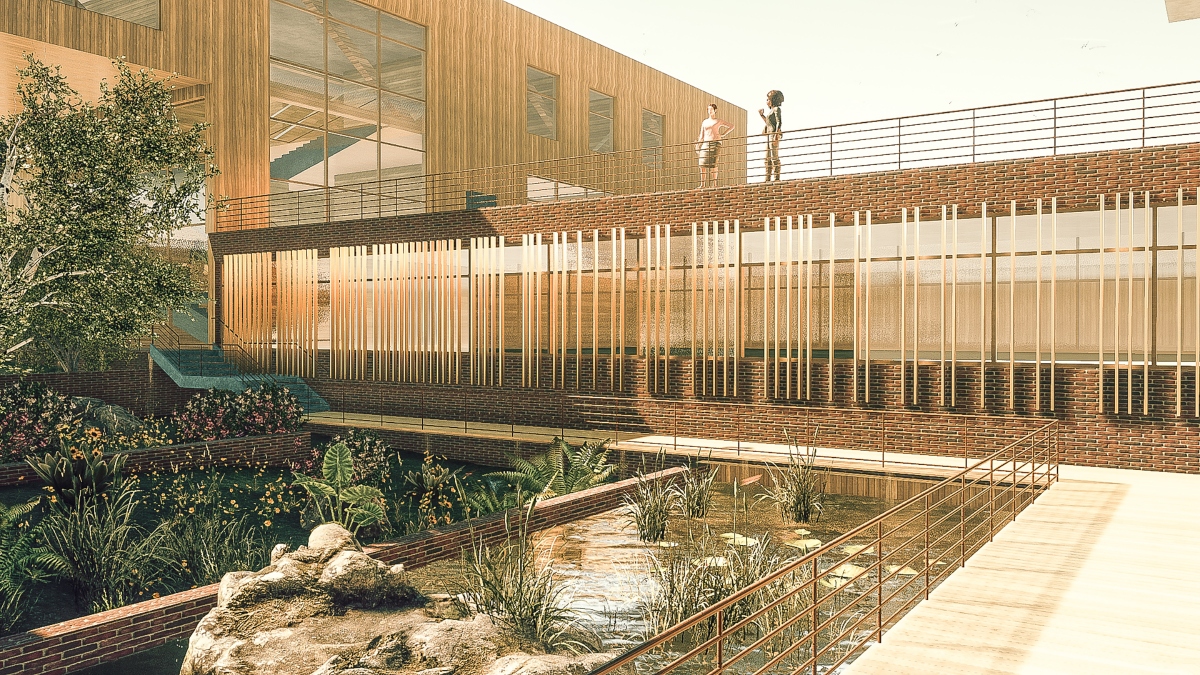 For the first time, an architecture and planning team from Catholic University won the 2021 American Institute of Architects (AIA) Committee on the Environment (COTE) Top Ten for Students Competition.

Each year, the international competition recognizes 10 exceptional student design studio projects that integrate health, sustainability, and equity to address both the causes and effects of climate change through the design of the built environment. COTE Top Ten for Students entries were judged on the success and innovation that the project has met the 10 measures of the Framework for Design Excellence (integration, equitable community, ecosystems, water, economy, energy, well-being, resources, change, and discovery). This year over 800 entries were submitted.

CatholicU’s project titled “Direction,” involved remodelling an existing school, Drew Elementary in Arlington, Va. The goal of the project was to expand upon the existing structure and focus on embodied carbon neutrality, water reduction, net positive operational energy, and well-being. The elementary school also shares a space with a community center so the team thoughtfully considered the community’s needs as a whole in their project.

“We wanted to have the biggest impact on the school with the smallest footprint possible. To achieve this, we had to consider every aspect of this design in order to create something that we thought was both efficient and beautiful,” explained Conway.

Weber and Conway worked closely as a team throughout the design process under the direction of faculty sponsor Puttock. The project consisted of conceptual and analytical roles in the design such as concept development, digital modeling, final board layout, material selection, and analytical calculations (rainwater harvesting, daylighting analysis, global warming potential, total carbon footprint, and more).

“I believe that working well as a team was the deciding factor for us in this competition,” Conway said. “Robin Puttock was absolutely instrumental in this achievement. Without her constant presence, and her painstaking attention to every detail, Morgan and I would have never completed such a complex task in such a short amount of time.”

“She kept pushing us to do more each class because she really believed in us,” said Weber.

Weber explained that when they submitted to COTE he thought that was the last time he would ever see the project. “I never would have thought Robert and I would win,” he said.

“As a student, it is an amazing feeling to receive this type of recognition for your work. Sustainability is something that every project should work towards and it is an honor to help promote the values that the AIA is pushing for in the COTE Top 10 competition,” Conway said.

The team was featured in Architect Magazine. Jurors praised the project for “its adaptive reuse of an existing structure to create a combined school and community center.”

“There is a clear architectural differentiation between existing structure and the new building as they work together to reach sustainable goals. The design has a solid integration model of environmental response and carbon conscious approach. There’s an elegance to the images that clearly show the design's connection to the landscape, which are quite compelling,” they wrote. “Overall the project design will enhance an inhabitants senses, aspirations and well-being.” 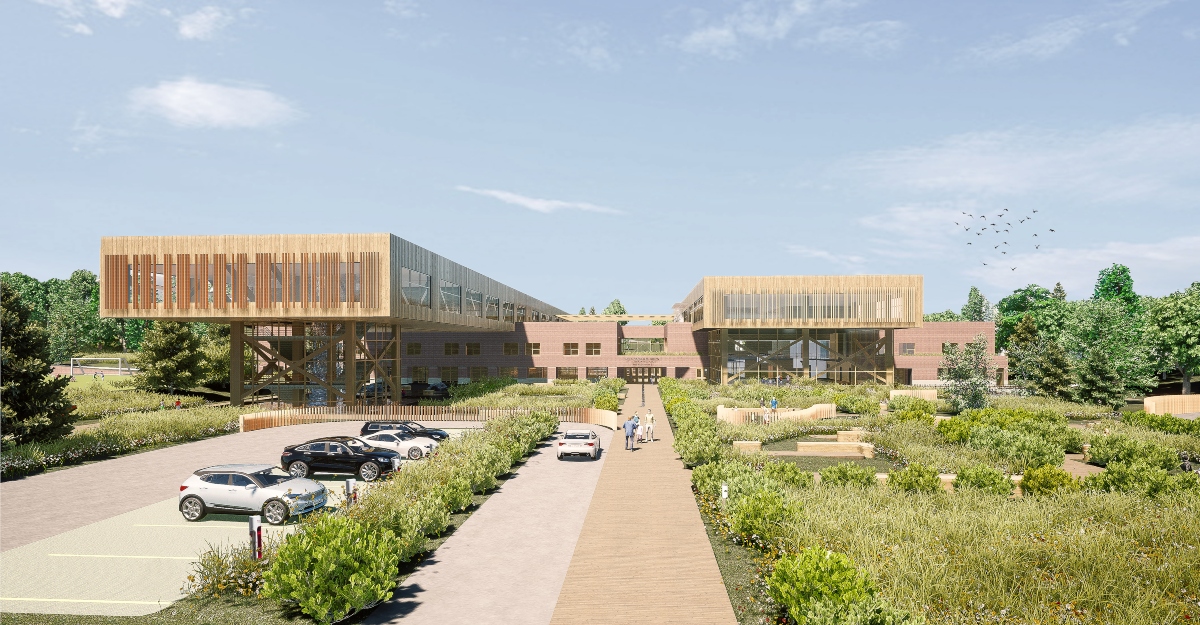