Mass of Holy Spirit Celebrated As the Year of the Truth

After a year of social distancing and online learning, Catholic University gathered together again to celebrate the academic year with the Mass of the Holy Spirit on Sept. 2. in the Great Upper Church of the Basilica of the National Shrine of the Immaculate Conception.

The Mass was celebrated by Cardinal Wilton D. Gregory, the Archbishop of Washington and University chancellor. During his homily, the Cardinal encouraged those in attendance to “begin this new school term with a request that we speak the truth to one another in love during this coming year.”

“What will it mean for the Catholic University of America to spend this next year engaged in speaking and living the truth? It will mean that you are willing to face all of the difficult questions that young people are asked to face. The truth will mean that first of all you reject anything that will destroy the sense of unity that must be present in our university,” said Cardinal Gregory. “You are young people from different regions, ethnic traditions, races, and cultures. The truth that Jesus wishes you to live this year is found in your willingness to see one another as brothers, sisters and friends.

“The truth is the reality that means that there are more things that make you one family than reasons that would make you strangers and only lies make you feel that you are foes,” he continued. The Truth is that together you can build a better city and communities than your parents might have ever dreamt would be possible. The truth is that our Catholic faith and Christian principles are stronger bonds than are all of the differences that distinguish us.”

Following the homily, Provost Aaron Dominguez presented Rev. Michael Kueber, visiting assistant professor of homiletics, and Jem Sullivan, associate professor of practice in Catechetics, with the canonical mission. The conferral of canonical mission gives canonical authorization to newly appointed faculty to teach in the name of the Church and is given to members of the University’s ecclesiastical faculties.

In the closing remarks, University President John Garvey reflected on the past year, especially the things students missed as the country was in lockdown, including friendly faces on the Metro and dinners out with friends. “These once seemed like small things. But when they were gone we realized they were big,” he said. Garvey referenced Gerard Manley Hopkins, an English poet and Jesuit priest, who wrote “Pied Beauty” a sonnet about how small details can bring glory to God.

“My advice to you is this: Cherish the real things. Find the beauty in them. Trace the details on the façade of Gibbons Hall. Sit a while in Caldwell and look around. Enjoy our green spaces – the atrium of Ward, the Mary Garden; in another month, the reflecting pool we are building for Angels Unawares,” he said. “The beauty around you will nourish your soul. It will make you happy. More than that, it will bring you closer to God.” 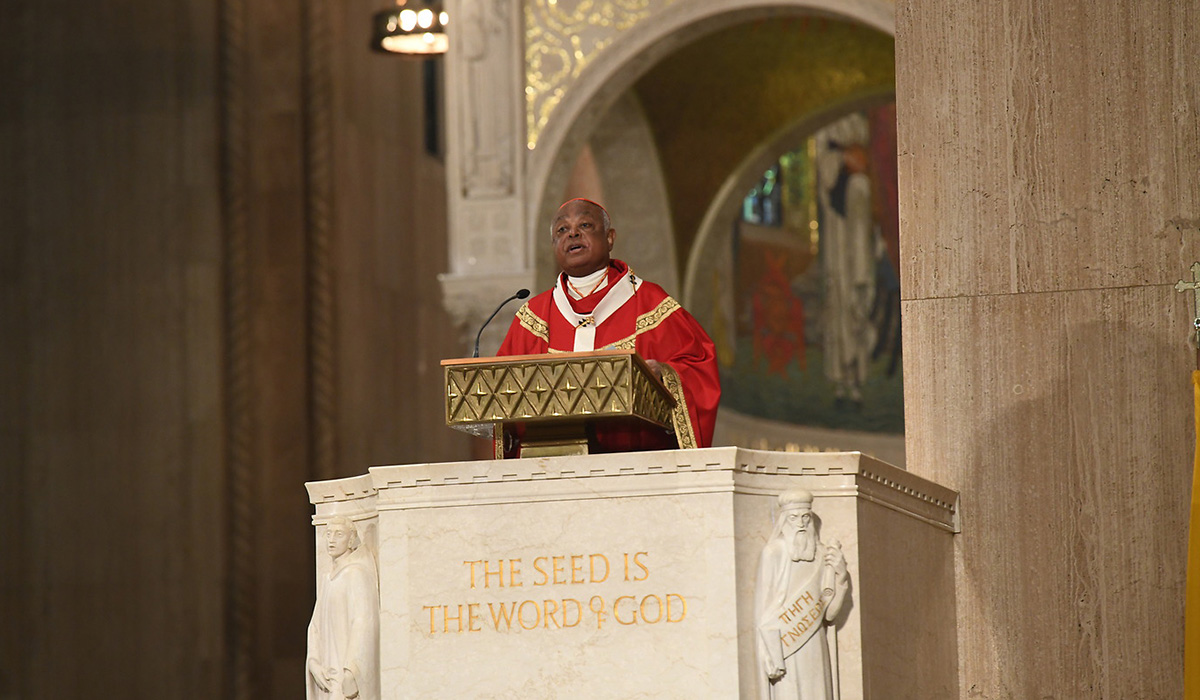 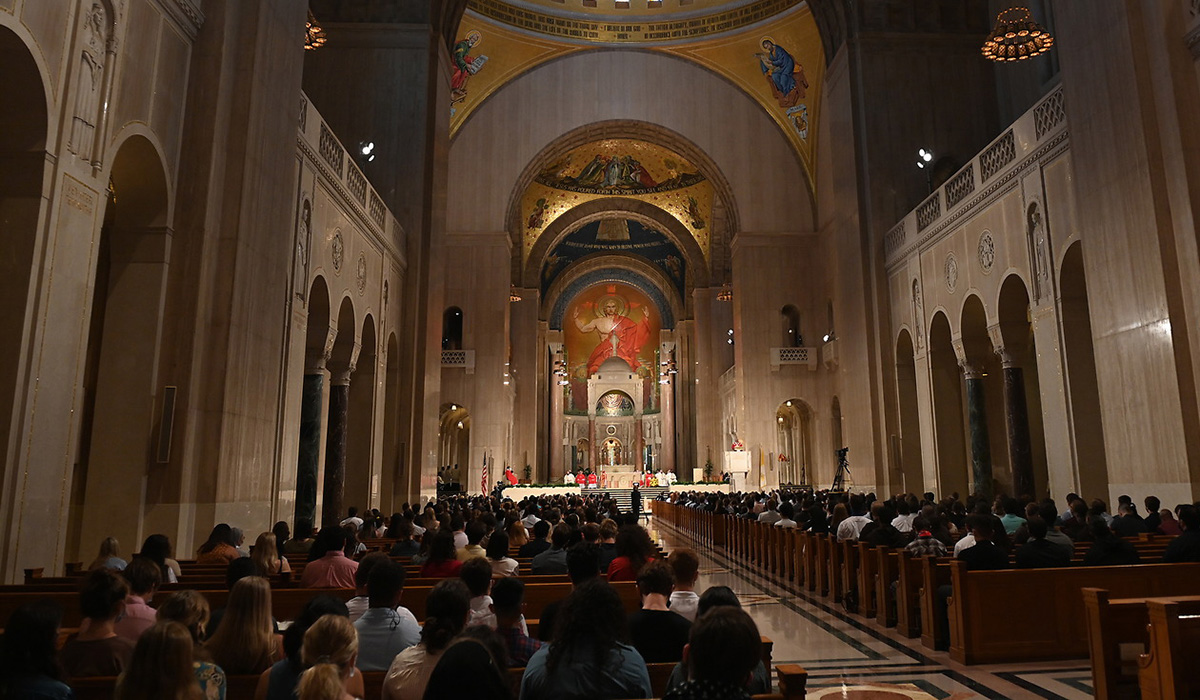 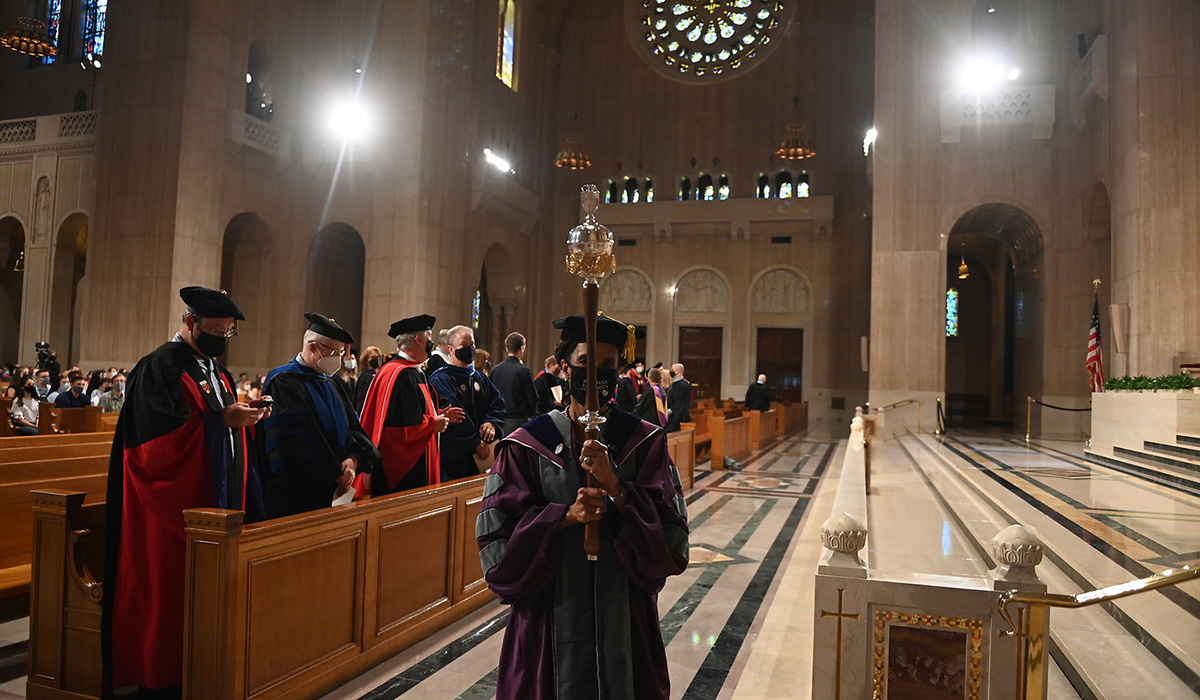 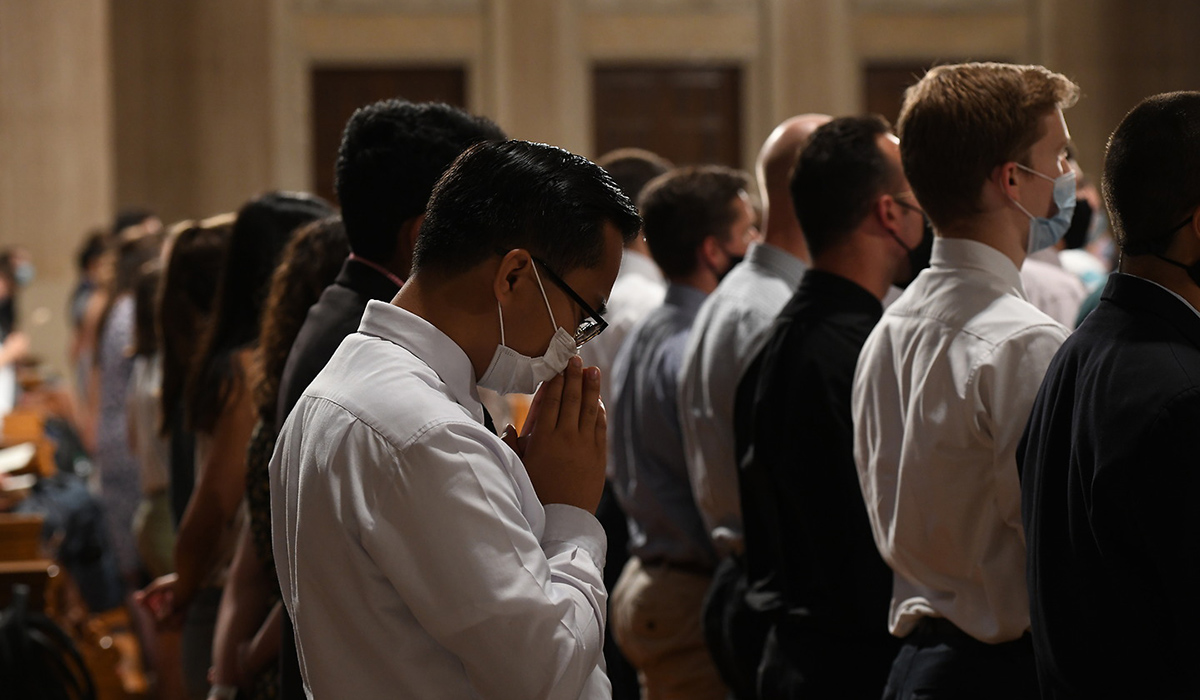