Catholic University is celebrating Hispanic Heritage Month, which runs from Sept. 15 to Oct. 15. The month recognizes the history, culture, influence, and contributions of Hispanic Americans whose ancestors came from Spain, Mexico, the Caribbean, and Central and South America.

“As an immigrant from a Latin American country, Hispanic Heritage Month reminds me that I am part of a bigger family,” said Javier Bustamante, director of the Center for Cultural Engagement (CCE). “It allows me to rejoice in the diversity that makes up our community and gives me a sense of pride for what we contribute to the U.S. as a whole.”

The University kicked off the month with a new Mass in Spanish on Sept. 19, organized by Campus Ministry. The Mass is held every Sunday at 1 p.m. in St. Vincent's Chapel with Fr. Mike Kueber, who is the priest in residence.

The Mass is an outcome of a 2018 study by Campus Ministry that determined there was a need and desire from the students for a Spanish-language Mass to be held on a regular basis.

“As our student population reflects more and more the larger Church in the U.S., providing Mass in Spanish is essential if we are to welcome students whose individual, familial, and communal expression of prayer is primarily in Spanish,” said Rev. Jude DeAngelo, University Chaplain and director of Campus Ministry.

“The University is responding to the reality of where the Church is today. Almost two-thirds of Catholics under the age of 25 are of Hispanic/Latino descent,” said Bustamante. “As the bishops' university, part of our mission is to educate Catholics and so our sights are set on the young Church,” he said. “The Spanish Mass, the Institute for Latin American and Iberian Studies, and the Oliveira Lima Library are some of the important pieces that we need to build on to make our campus more inclusive and to celebrate the Hispanic/Latino presence.”

Dozens of events have been held across campus for Hispanic Heritage Month, including conversations with Latin American professionals on campus, and cultural events and dialogues at the Center for Cultural Engagement.

“Familia, trabajo, y solidaridad - that is what guides my work at Catholic University,” said Bustamante. “In my role as the director of the CCE, I've always worked hard to embody the values of my culture in everything I do. My culture is about family - I want everyone who comes into this office to feel like a member of our campus family. My culture is about hard work, and  the CCE tries to be of support to our students as they work to accomplish their academic goals. My culture is about solidarity. We are a community that has struggled a lot and that gives us a keen awareness of the suffering of others. So, I work hard to accompany our students during times of distress and to provide that shoulder to lean on.”

Among the events on campus this month is the Hispanic Heritage Film Festival: Families, Friends, and Freedom, which is sponsored by the Department of Modern Languages and Literatures and features films weekly through Nov. 3.

Special Collections released a guide of resources from the University’s Oliveira Lima Library collection that are related to Latin American Independence, and collaborated with the Mexican Cultural Institute and History Department on a video contextualizing the University’s copy of the 1821 Plan de Iguala, a key document for Mexican independence.

Nathalia Henrich, director of the of the Oliveira Lima Library, also participated in a live-streamed panel discussion on Sept. 27 to discuss a new book, Vozes da Independência, featuring a selection of political pamphlets from the Library’s collection newly published by the Brazilian Senate Press.

A celebration to close Hispanic Heritage Month will be held on Oct. 15, 5:30-7 p.m., at the May Gallery, Mullen Library. 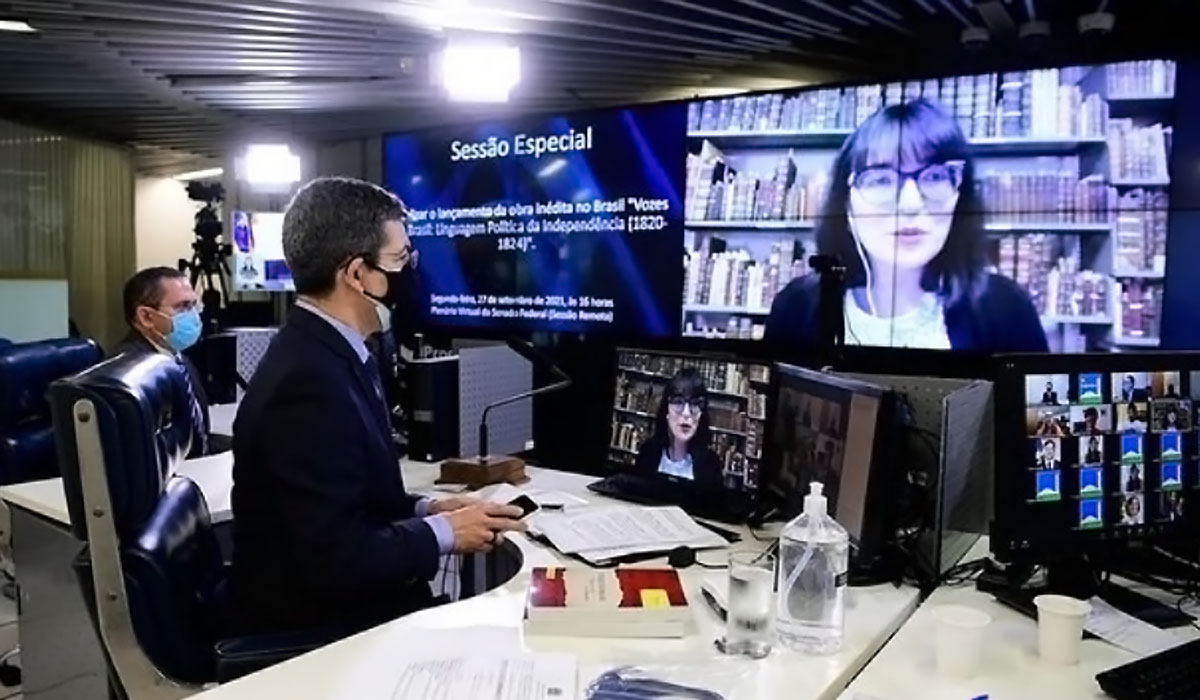 A book launch took place on Sept. 27 for “Vozes da Independência”, a selection of political pamphlets from the OLL Collection published by the Brazilian Senate Press. The ceremony was live streamed on Youtube in the Senate channel. Nathalia Henrich, director of Oliveira Lima Library (OLL) participated in a discussion panel. 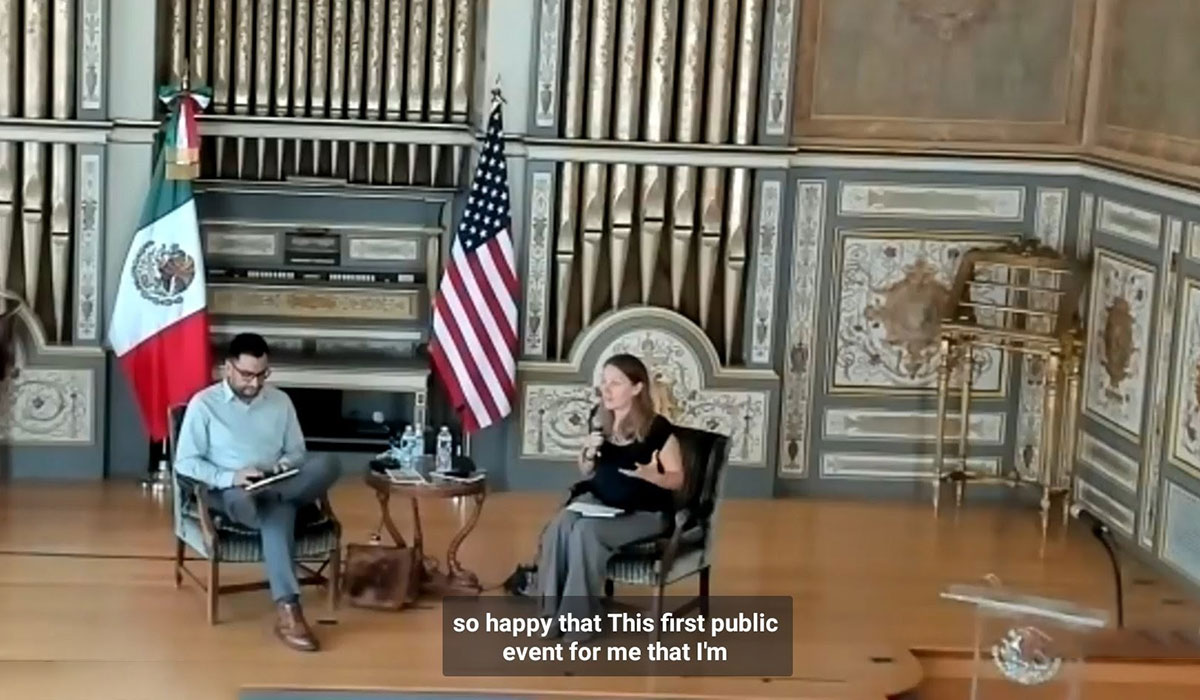 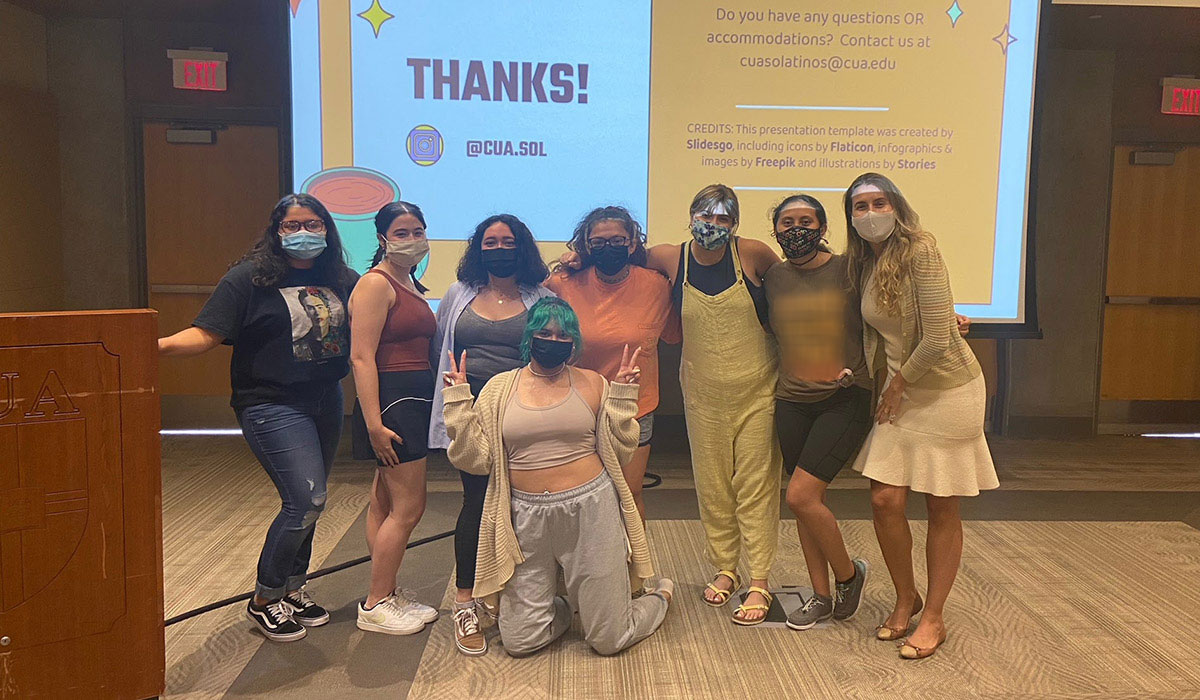