The sound of sacred music filled the Great Upper Church of the Basilica of the National Shrine of the Immaculate Conception as Catholic University celebrated the start of the spring semester with its annual Mass in honor of St. Thomas Aquinas, the patron saint of Catholic schools.

Father Dominic Legge, O.P., director of the Thomistic Institute and assistant professor of Systemic Theology at the Dominican House of Studies, was principal celebrant and homilist.

University President John Garvey extended a welcome to the large congregation, and those joining the Mass virtually through a live broadcast on EWTN and CatholicTV. He made a special point to “extend a warm greeting to all Catholic school students watching today.” 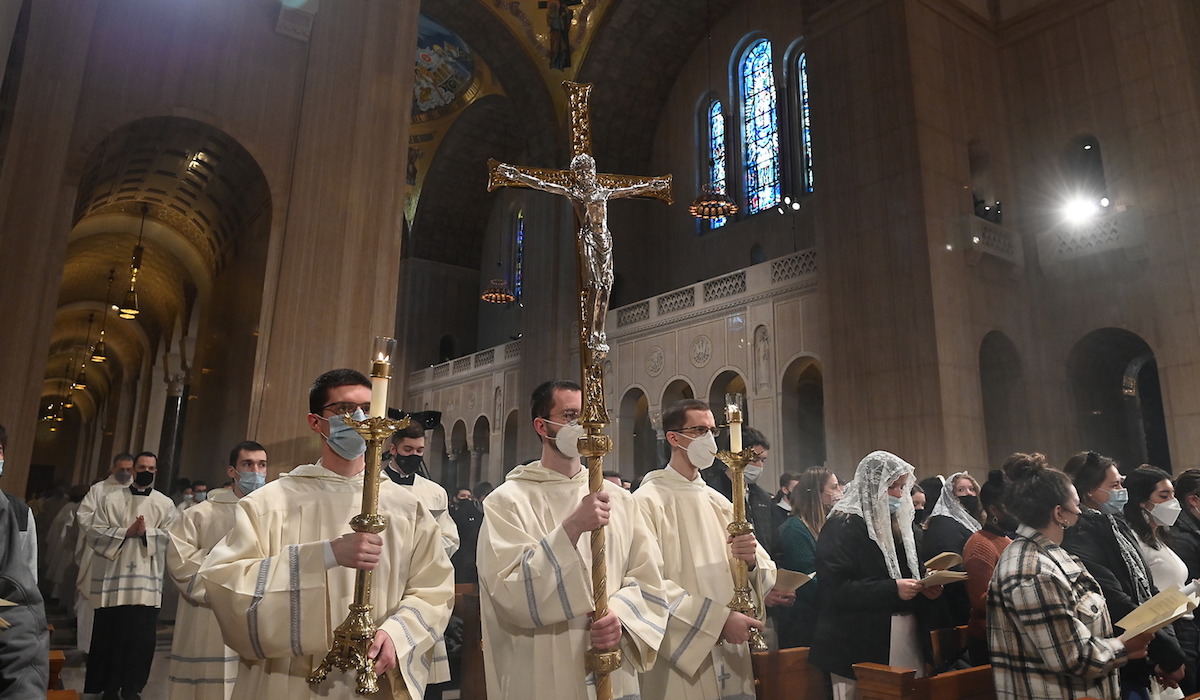 “May the example of the ‘Angelic Doctor’ be a source of inspiration for all those involved in the important work of Catholic education,” Garvey said.

Father Legge noted that on the feast day of St. Thomas Aquinas in 1889, Pope Leo XIII established The Catholic University of America with his apostolic letter Magni Nobis Gaudii.

“Why should a university take St. Thomas as its special patron?” asked Father Legge. “The most overriding element, which was a major theme of his life and, you might say, of his own cast of mind and even his own spirituality: the search for wisdom, the love for wisdom.”

He said he first became a student of St. Thomas as a student at Catholic University before he joined the Dominican Order. “I have learned from him that a fruitful life of study opens the mind not only to the created reality around us – this is very important! – but also to raise the gaze of our minds to encounter the creator who is its source and became man in order to save us,” said Father Legge.

Addressing students directly, he told them St. Thomas is surely pleased that “so many of you are gathered here to honor him and to ask for his prayers for your studies. And he surely will be pleased to intercede for us today, for this University and for all of its students, faculty, staff, friends, and benefactors.” 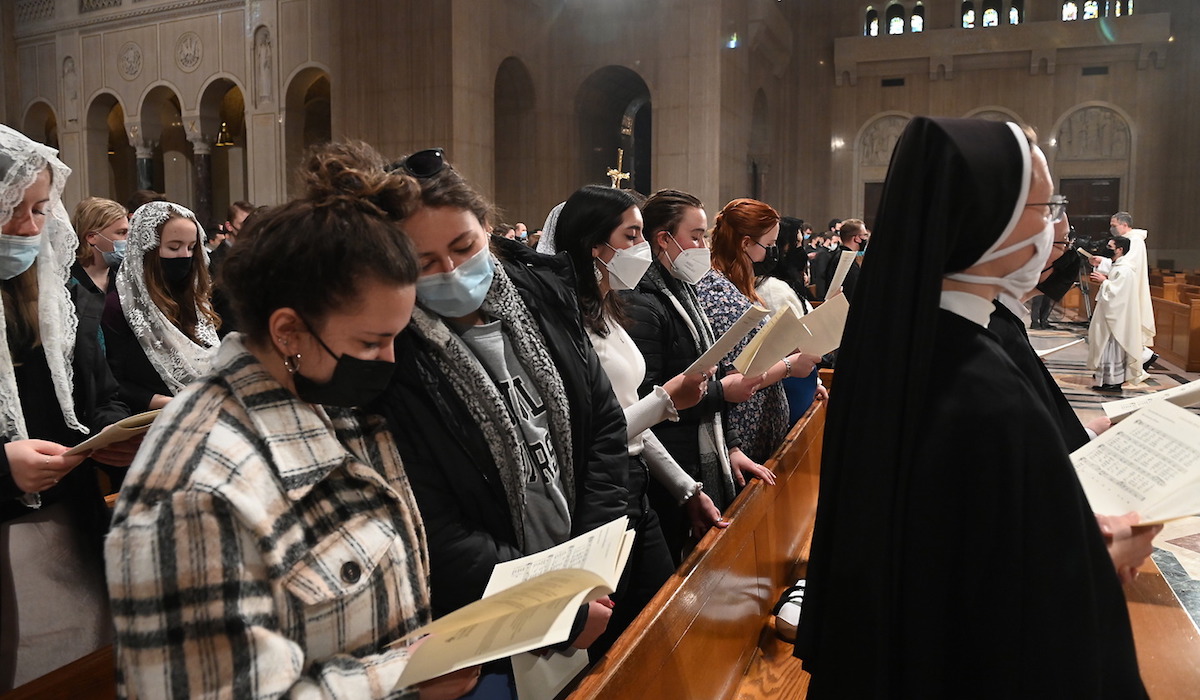 As is his tradition when addressing large student gatherings, Garvey shared his thoughts on a virtue, choosing simplicity on the occasion of this Mass. He recommended students consider the kind of simplicity “that gives you singularity of purpose.”

Referencing Summa Theologica by St. Thomas Aquinas, Garvey said, “the whole of the Summa can be summed up in two Latin words: exitus and reditus. All things come from God and return to God. That’s where we find our purpose — what Marie Kondo calls ‘the life we want.’”

By way of example, he recalled a scene from the movie Apollo 13 in which the crew has to correct course without access to their guidance systems. “The only way to do it was to steer the ship while keeping the earth in view in a small window. Steadfastly fixing their attention on their home kept them on track. For us it is not a distant earth that keeps our purpose clear and our lives simple. It’s a heaven that is much nearer than we realize.”

END_OF_DOCUMENT_TOKEN_TO_BE_REPLACED

In asking blessings on the spring semester, many in attendance were also celebrating the return of the Aquinas Mass in person after last year’s virtual Mass. “I’m so happy to be here in this beautiful basilica with my friends,” said first-year music student Elena Buono. “I know how important this day is to the University and I wanted to be here in person to be part of it.”