When University President John Garvey announced the formation of the Sister Thea Bowman Committee in 2020, the Catholic University initiative to look at racism and recommend change caught the attention of several Black alumni who entered the University in 1969 as part of the largest class of Black freshmen in University history.

Four of the alumni — Ronny Lancaster, B.A., 1973, Andrea Cullins, B.A.1974, Richard White, B.A., 1973, and Elvira “Micki” Smith, B.A. 1975 —  returned to campus on Jan. 31, 2022, to share their often painful experiences as students, discuss their professional success, and offer advice for current students. Joining them in Heritage Hall was Joe Fisher, B.A. 1975, who went on to a successful 41-year career as a cross country and track and field coach at Catholic University. 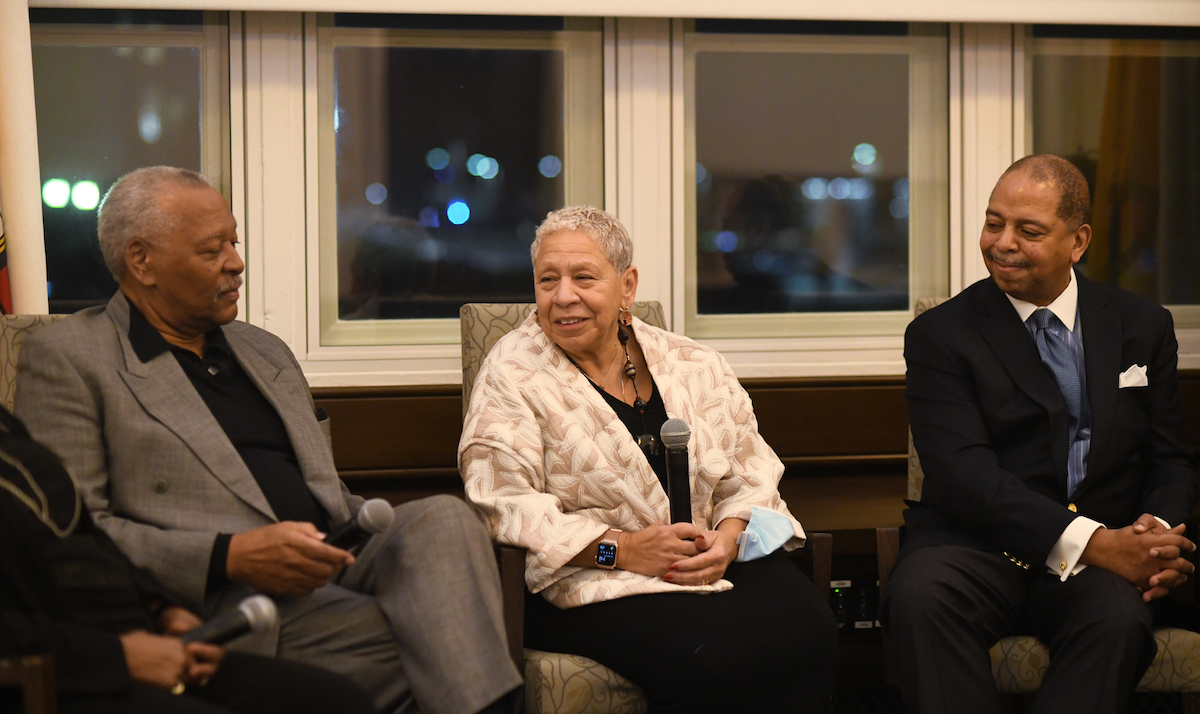 In his opening remarks, President Garvey noted that the Sister Thea Bowman Committee Report, released in November 2021, “made a multitude of recommendations for improving our academic affairs, developing our workforce, helping with personal formation, and building communities both within and outside the University. It also suggested continuing the work begun by the Partnership Program in 1969. Tonight’s Alumni Panel is a part of that continuing effort.”

In 1968, the year Martin Luther King Jr., was assassinated and civil unrest gripped the city and nation, only 10 of 3,500 students at Catholic University were Black. Galvanized to take some action, the University — with the support of two graduate students, Thaddeus Aubry, Jr., and Leon LeBuffe — established the Partnership Program. Partial and full scholarships were offered to Black students from Washington, D.C., high schools. That fall 30 Black students enrolled as freshmen, including 25 through the Partnership Program, which continued for several years.

Monday’s panel was sponsored by the Black Student Alliance, Center for Cultural Engagement, and Campus Ministry for the University’s MLK Teach-In. At the event, the alumni swapped stories and laughed about late nights playing cards and watching Johnny Carson on television, but also talked about how painful it was for them as Black students.

Although it was a “rigorous academic community,” the University at that time “was for us a largely unwelcoming community,” Lancaster said. He and the other students, first-generation college students, turned to each other for community; found support from Black employees on campus, in particular the dining hall staff; and from Aubry and LeBuffe.

Though just six years older than the freshman, “Thad and Leon seemed like giants to us. They were like surrogate parents,” White said, adding, “Thad’s wife Jill adopted us like their children.”

After graduating,Partnership Program alumni created the Thaddeus F. Aubry and Leon A. LeBuffe Endowment in honor of their mentors. Today, the fund has an endowment of $100,000 and provides support for educational diversity at Catholic University.

“I did not enjoy my years at Catholic, but I persevered,” Cullins said. She noted that having Catholic University on her resume opened doors after graduation. And to her surprise, the philosophy course she thought she would never use was what she turned to more than any other in her professional career because that is where she learned how to build a logical proof. 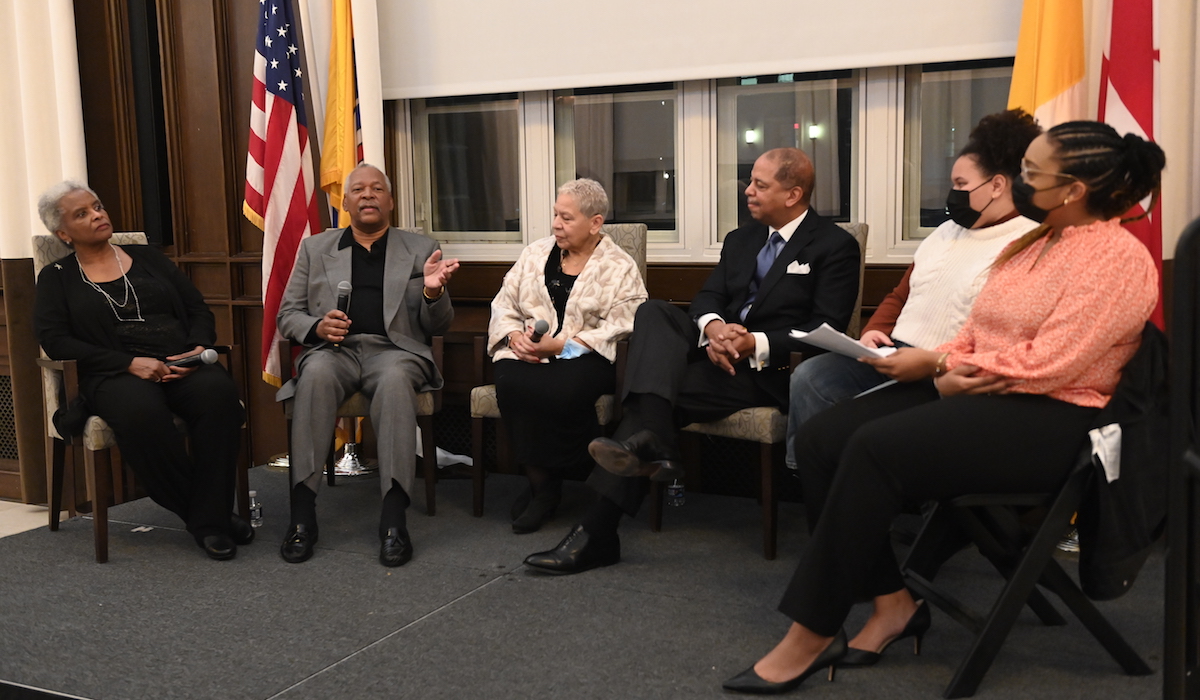 When the evening’s facilitators, students Kayla Tingley-Renaudin and Kelly Woodson, asked the alumni what they would say to prospective students, the panelists agreed that at Catholic University, “You get a very good education. It’s worth sticking to it. On the other end, you’ll be so thankful for it,” as White said.

Smith added, “I would encourage you to find support systems. Don’t let anybody chase you out of here. Get your degree.”

Lancaster, responded to a question about success: “Success is being happy. Success is doing what you love and if you love it, you’ll be great at it.” He told students to believe in themselves, invest heavily in their family, friends, and work; and find ways to give back. He also suggested taking a basic finance course, establishing a budget, and saving money.

Tingley-Renaudin, president of the Black Student Alliance, reflected on what the evening meant to her: “Black alumni stories are important to highlight and recognize. We do not want history repeating itself; therefore, listening to past stories will remind us that we should not be facing the same issues they faced as students here.”