From a launch event featuring Papal Nuncio to the United States Archbishop Christophe Pierre and University President John Garvey, to listening sessions, to an Evening of Healing and Reconciliation, Catholic University is fully responding to Pope Francis’ invitation for Catholics worldwide to participate in the first phase of the “Synod on Synodality."

In a Feb. 28 conversation between President Garvey and Archbishop Pierre, the papal nuncio told students, faculty, and staff that, “listening together to discern Spirit’s guidance is essential to the Church’s mission.”

The event, moderated by Stephen White, executive director of The Catholic Project, was titled “Synodality: Why should you care?” — a recognition that many Catholics are perplexed by the terminology. 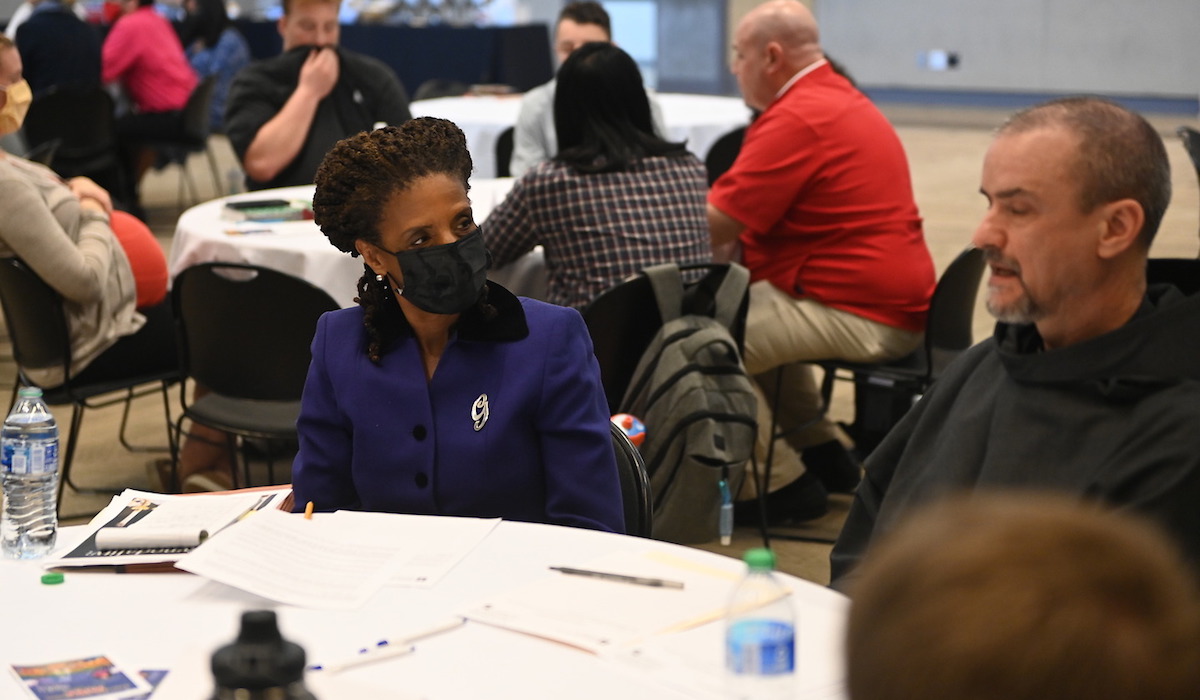 The Synod on Synodality is about journeying together as a Church. Pope Francis has invited all Catholics — including those who feel marginalized or who have left the Church — and others to participate in the synod process and express what the Holy Spirit has shown them about carrying out the Church’s mission today.

The synodal process “is not just an exercise in order to reorganize the Church. It is to become Church,” Archbishop Pierre said. “A synodal church takes seriously its members who have been given a true sense of faith by the Spirit.”

President Garvey remarked that the synod listening process is “a hope that we'll start to realize the ambitions of Lumen Gentium and Vatican II,” which envision the “laity having a role in the life of the Church in evangelization.”

“I think what the Holy Father is asking to hear from people is: What do you think your role should be? What do you have to contribute to spreading the Gospel? It's not the same thing as saying this is a democratic decision and we're going to take a vote, but it is a way of saying that we all are members of the Church … My hope for the synod is the lay membership of the Church is awakened by the Pope's invitation to contribute,” President Garvey added.

Listening sessions are being held worldwide, with input sent ultimately to Rome, where bishops from around the world will meet in October 2023.

Catholic University held its first listening session on March 16. Sara Perla, communications director for The Catholic Project, noted that “engaging in the synod process is an opportunity for all members of the University community to come together and talk about the things that matter: our faith, our hopes, our wounds, and our failings. As a vital part of the universal Catholic Church, we want to ask God together to show us how we can serve Him more faithfully.” 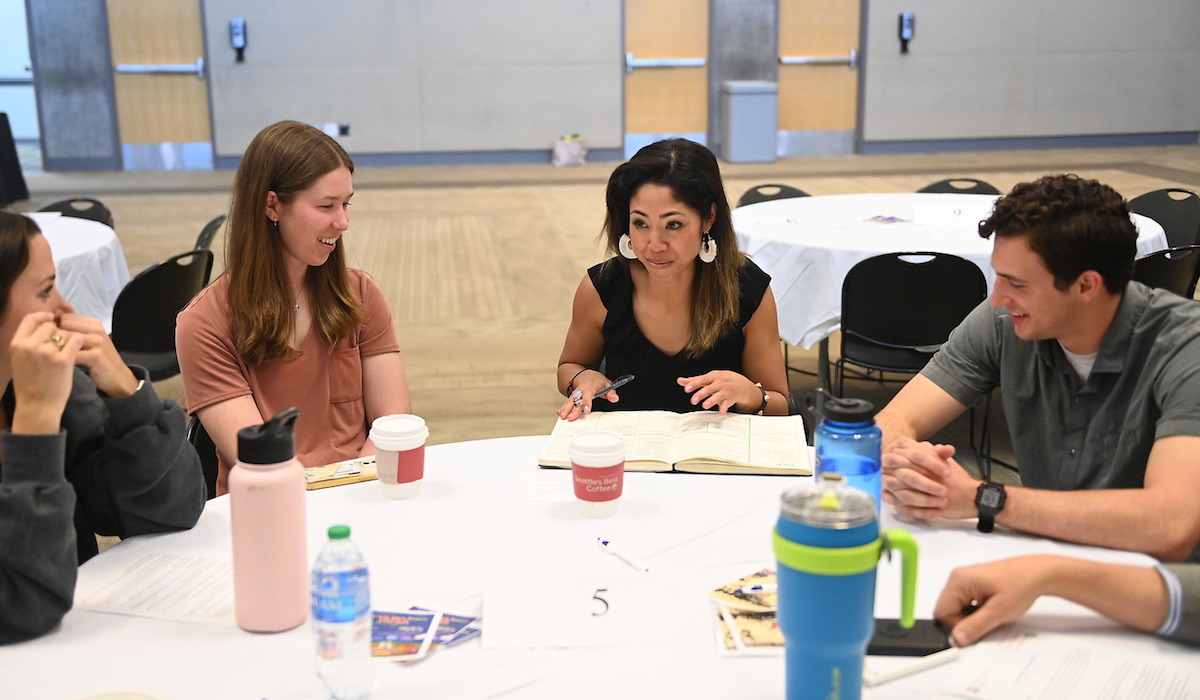 Gretz said, “I was impressed by the vulnerability of the people in the room. It was good to see people’s titles were taken away and they saw each other as children of God. People shared a lot about their failings and their desire for change.”

That evening, the theme of vulnerability and healing continued as Crookston (Minn.) Bishop Andrew Cozzens celebrated a Mass and Holy Hour of Reconciliation and Healing at St. Vincent’s Chapel.

Campus listening sessions will continue April 5 and 27, and will help Catholic University respond to President Garvey’s question: “’What do you think your role should be? What do you have to contribute to spreading the gospel?’” Faculty, staff, and students are invited to participate and encouraged to sign up at The Catholic Project website.