On Monday, the Oliveira Lima Library presented “An Evening of Brazilian Classical Music” at Strathmore Hall in Bethesda, Md. Its program was inspired by the 1910 "Concert de Gala" organized by Manoel de Oliveira Lima in Brussels where he served as Brazilian Minister to Belgium.

The concert was part of the celebration of the Bicentennial of Brazil's Independence and was a cultural collaboration between the Oliveira Lima Library at Catholic University and the Embassy of Brazil in Washington, DC. It was supported by Catholic University's Office of Global Strategies, Institute for Latin American and Iberian Studies, Latin American Music Center, and the Benjamin T. Rome School of Music, Drama, and Art. 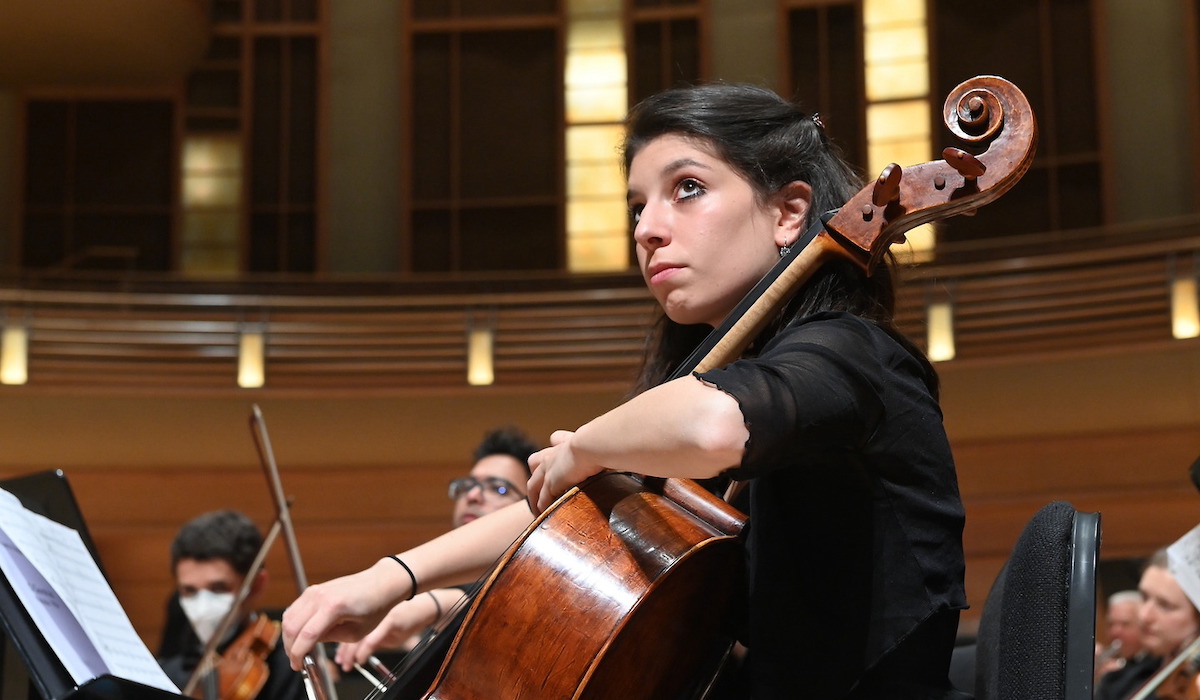 Chiara Pappalardo, a student in the doctor of musical arts program at Catholic University, plays the cello at the concert on Monday night. 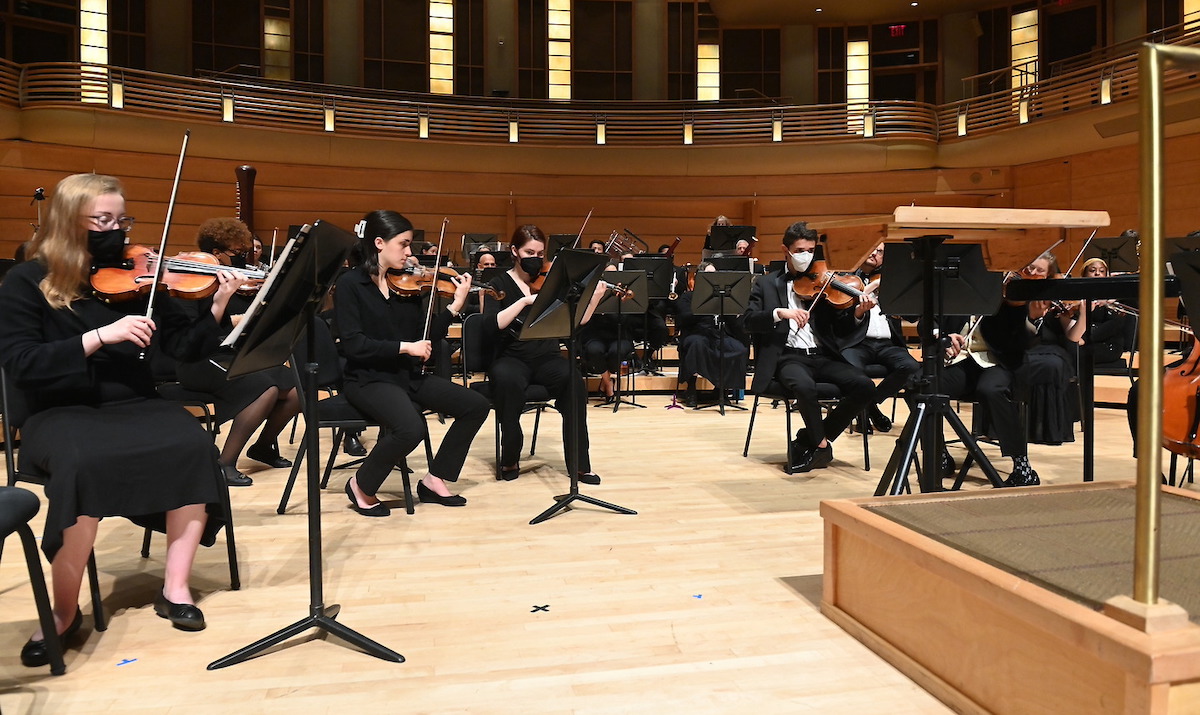 The orchestra is directed by Maestro Simeone Tartaglione, Ph.D., professor of instrumental music and conducting. It allows graduate and undergraduate students to perform major orchestral works together at various events throughout the year. 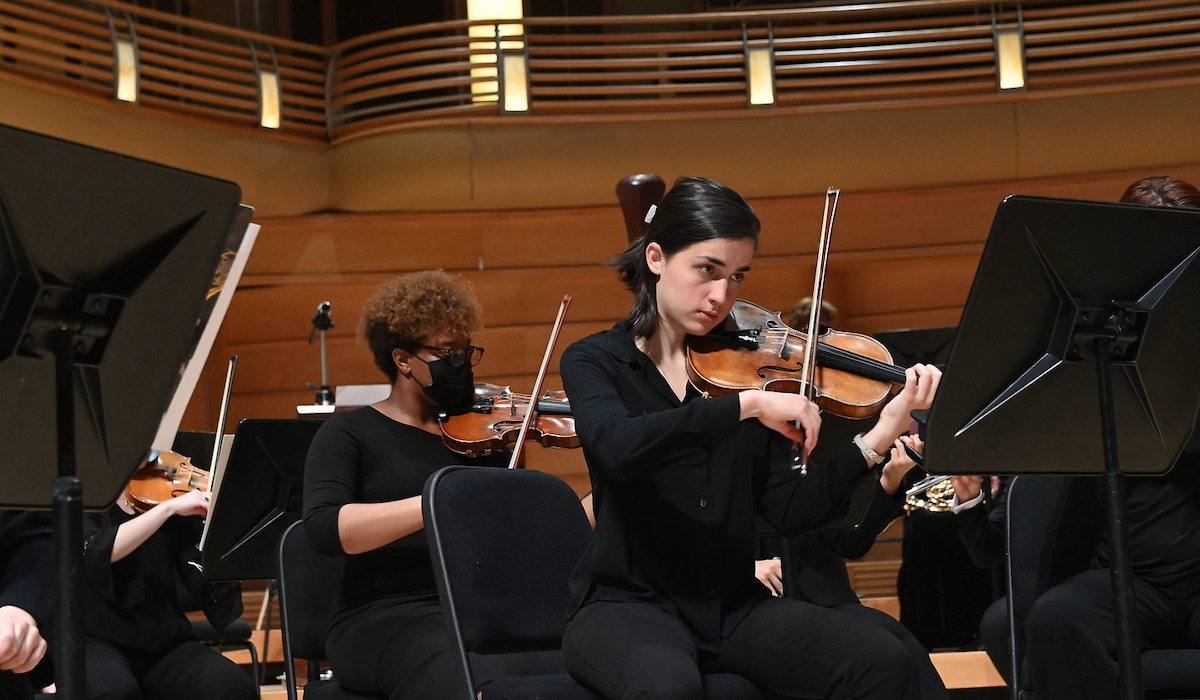 Violinist Ruth Swope, a senior music major, plays at the concert. Membership in the Symphony Orchestra is by audition and is open to all Catholic University students, regardless of major. 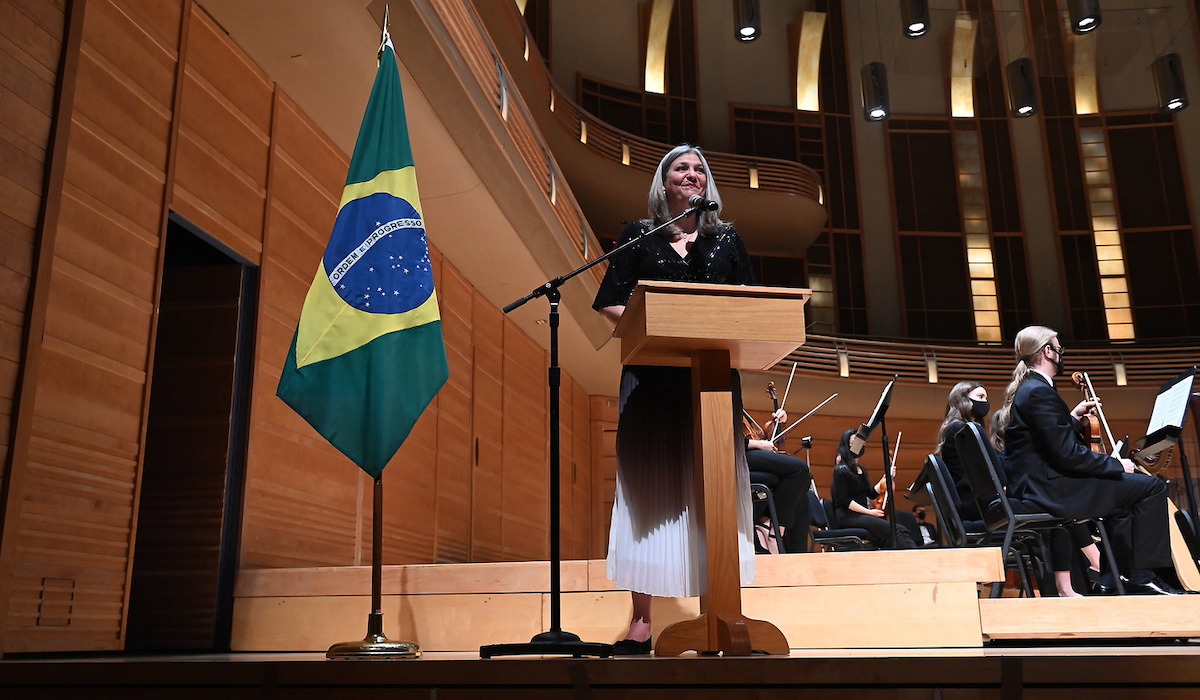 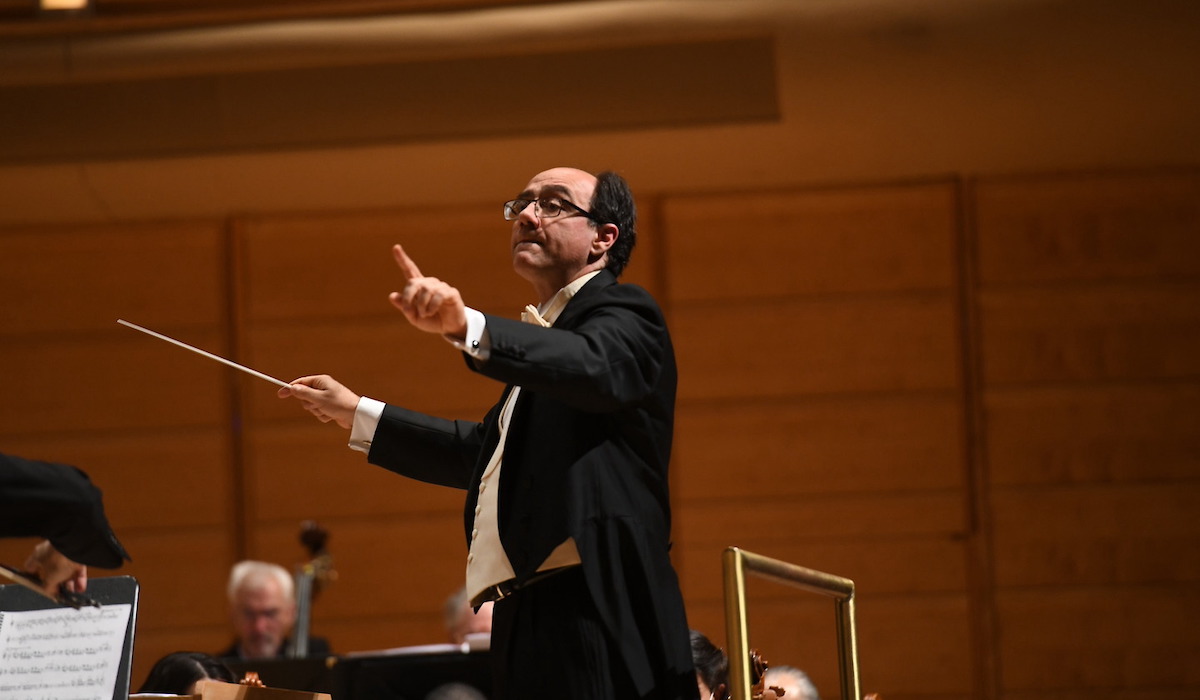 Maestro Simeone Tartaglione conducts the Symphony Orchestra. In addition to conducting, he is an associate professor of instrumental music and conducting in the Rome School of Music, Drama, and Art. 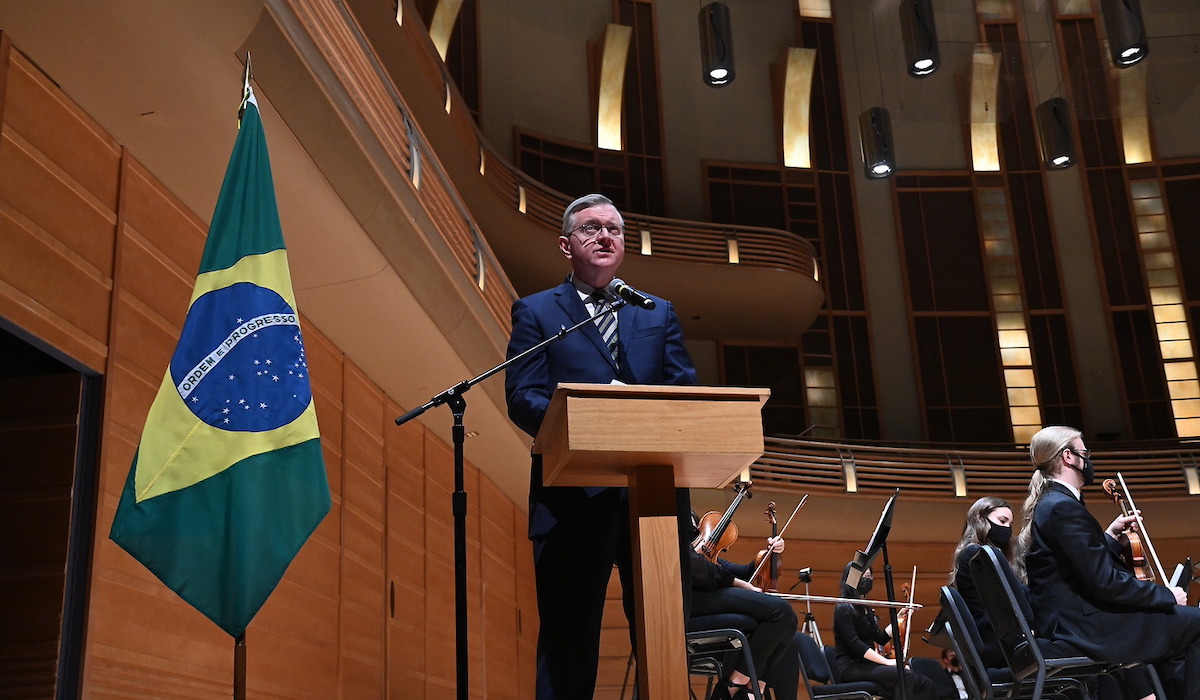 Nestor Forster, Jr., ambassador of Brazil to the United States, gives remarks at the concert. The concert was a collaboration between Catholic University’s Oliveira Lima Library and the Embassy of Brazil. 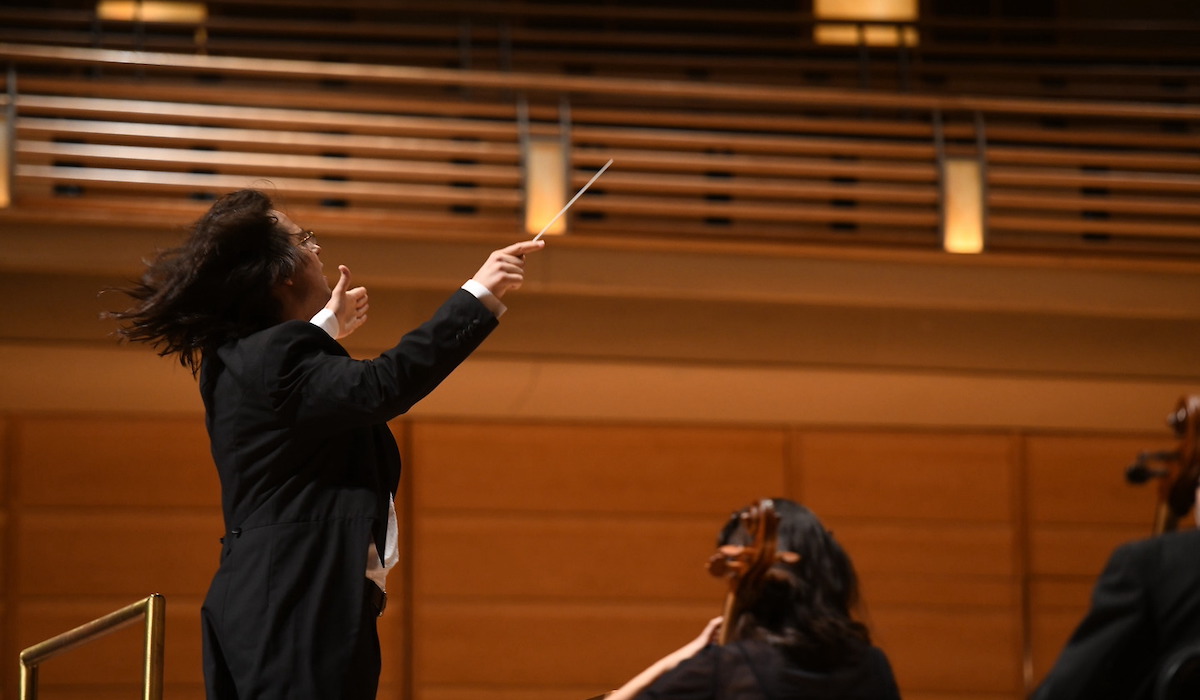 Noel Nascimento, candidate conductor in the doctor of musical arts program at Catholic University’s Rome School of Music, Drama, and Art, conducts the Symphony Orchestra. The orchestra provides conducting students opportunities to conduct a full orchestra as part of their studies. 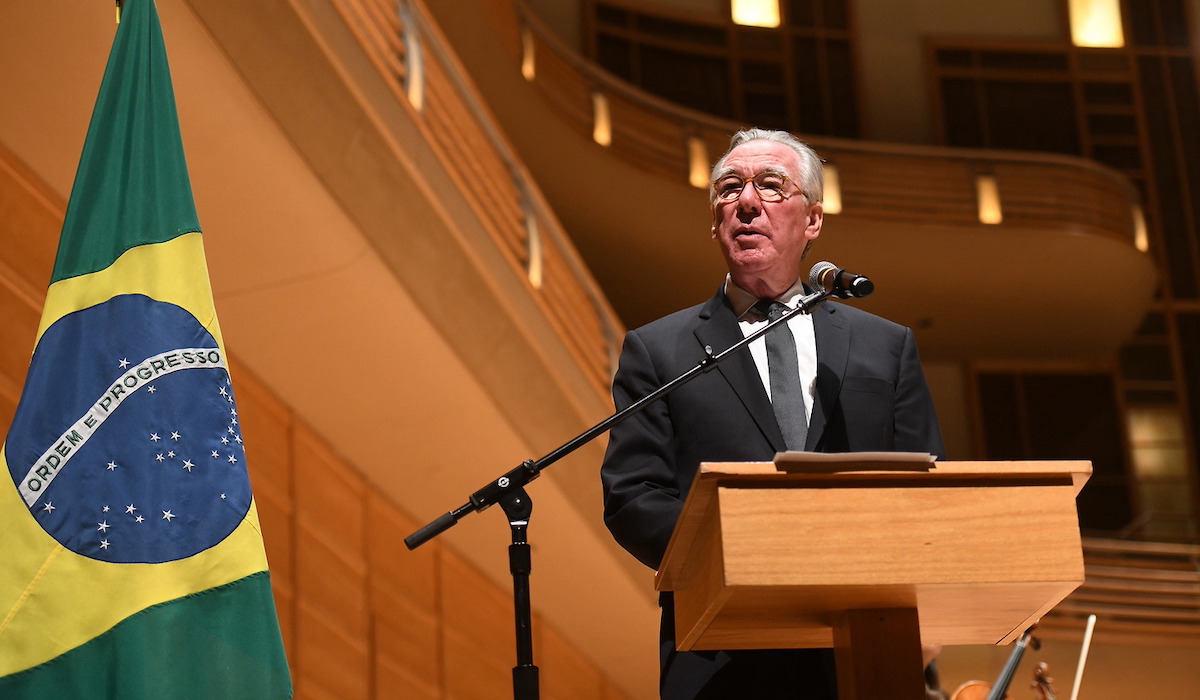 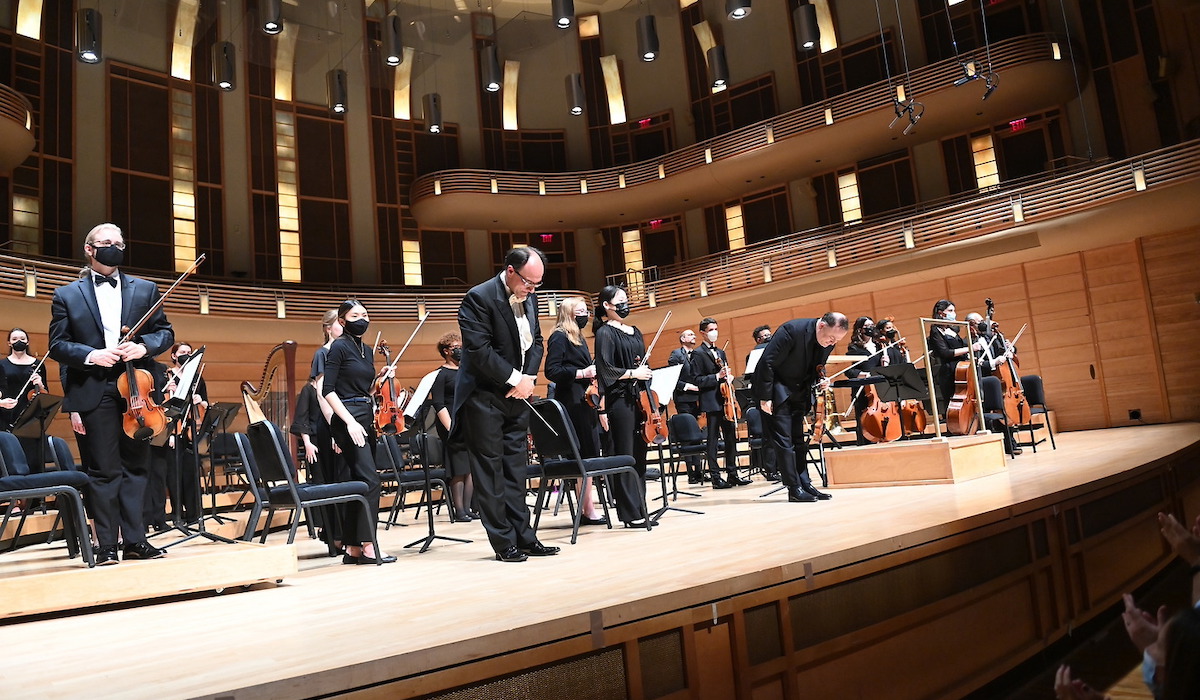 The Symphony Orchestra takes a final bow at the end of the concert. They received applause from a sold-out crowd at Strathmore Hall.