Hundreds of members of the Catholic University community had the opportunity to share their academic findings during the University’s second annual Research Day, held across campus on April 20. The event, which was open to all undergraduates, graduate students, faculty, and staff members, was planned to showcase the wide range of research taking place throughout the University’s 12 schools.

“Today, our faculty and students continue to carry on this great tradition of research at Catholic University,” he said. “Research Day is a testament to the volume, variety, and creativity of this research.”

Classes were cancelled for the day, so that students and faculty members could attend oral presentations throughout campus. The presentations crossed many disciplines, covering topics ranging from astrophysics and biology to psychology and social work.

During a morning panel in Hannan Hall, politics professor Matthew Green presented his research about the early years of Newt Gingrich’s political career shortly before chemistry professor Vadim Knyazev addressed the dangers of air pollution, which is estimated to cause 7 million premature deaths each year. The same panel ended with a presentation from architecture student Devon P. Brophy, who shared her designs for a building complex that would help bridge the social, economic, and physical gaps between Capitol Hill and Historic Anacostia.

Between oral presentations, visitors could browse more than 160 poster presentations displayed in the Edward J. Pryzbyla University Center Great Room. Among those presenters was biomedical engineering senior Javier Mendez, who was there with classmates to present their device that allows runners who are blind to navigate a track independently.

“I think Research Day is great because it lets other majors know about our work,” he said. “It shows us what other people are doing, in case we might have ideas that overlap. We can look at their projects and find people to collaborate with.”

Senior Rebecca McCarron, a history major, was at Research Day to talk about Inventio, a research journal she helped found to share the work of undergraduate students.

“I think this gives students and faculty an opportunity to see all the hard work students put in all year long, so it’s a day to celebrate achievements and also to learn about work from different disciplines,” McCarron said. “I might never get to see some of the work that the architecture students do or that engineering students do, but today gives me the opportunity to do that.”

The day was bookended by two keynote speakers, including Mark Clark, associate professor of medieval church history and theology, who shared his recent discovery of the lost lectures of 12th-century theologian Peter Lombard. Included in those lectures is what Clark believes to be the first reference to the logical theory of supposition, or “the single greatest advance in logical theory during the Middle Ages.”

“It turns out that the Bible was central to the great speculative advances of the High Middle Ages,” Clark said. “It shouldn’t surprise us at all, for just as theoretical physics drives intellectual advancement today, so did medieval theology in the Middle Ages.”

The other keynote address came from Law Professor Mary Leary, who shared her theories about the rising numbers of human trafficking cases worldwide. Leary believes these numbers are a result of society’s increasing acceptance of institutions that profit from the lives of human beings, including prostitution, for-profit prisons, and online data brokers. Because society has come to think of these systems as normal, she says, people are less motivated to curb the growing number of human trafficking cases around the world.

“We’re normalizing people as commodities and using others to turn them into an economic good,” she said. “I would suggest to you that if we are commodifying people in all aspects of our life, it is no shock then that in the most egregious scenarios, we are not that horrified.”

Leary also spoke about the importance of research in general, calling it a “team sport,” which benefits everyone. Though she started out her career working as a prosecutor, she said she feels lucky to now work at a research university where she can make change on a higher level by contributing to the national dialogue on human trafficking. 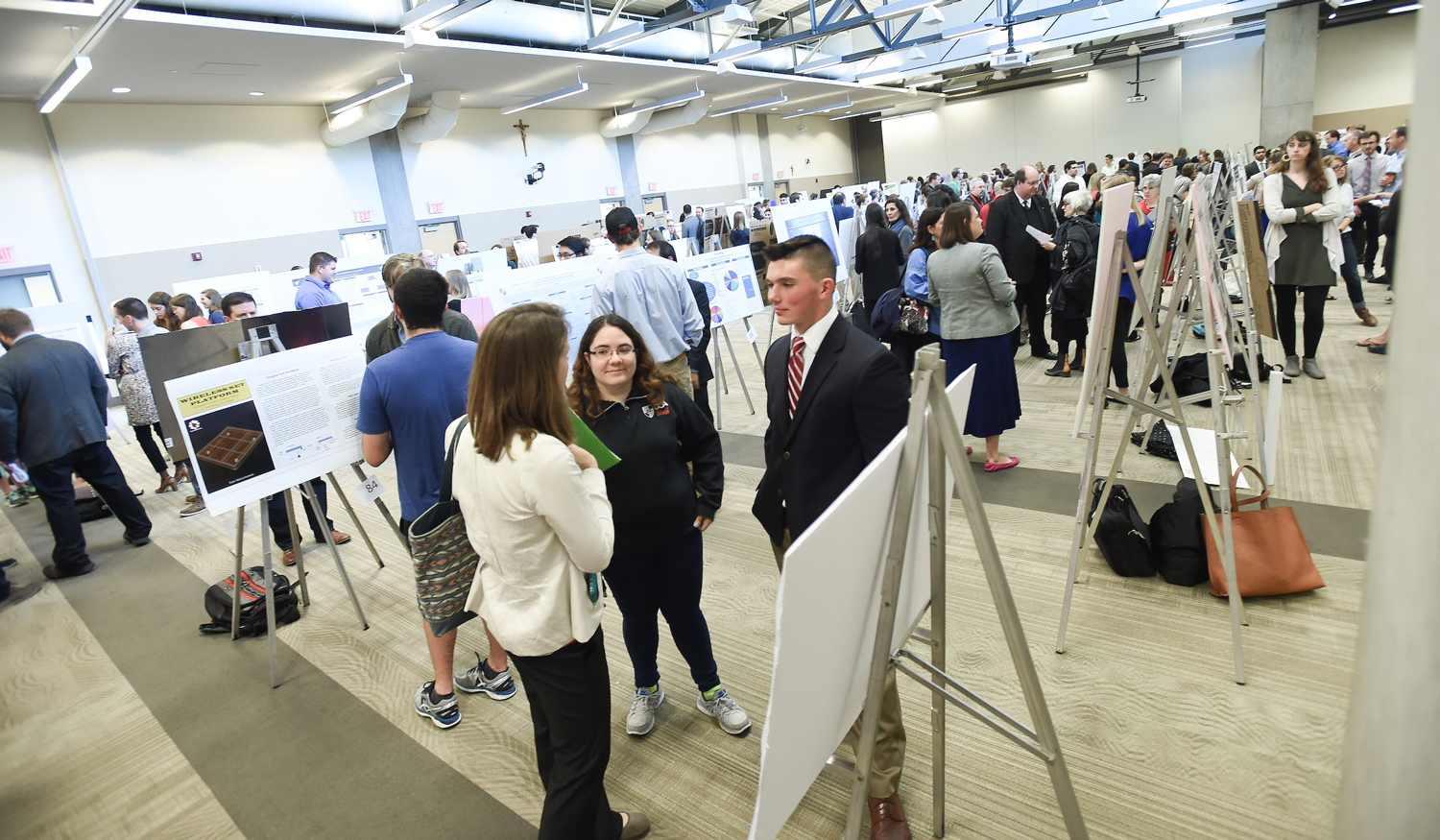 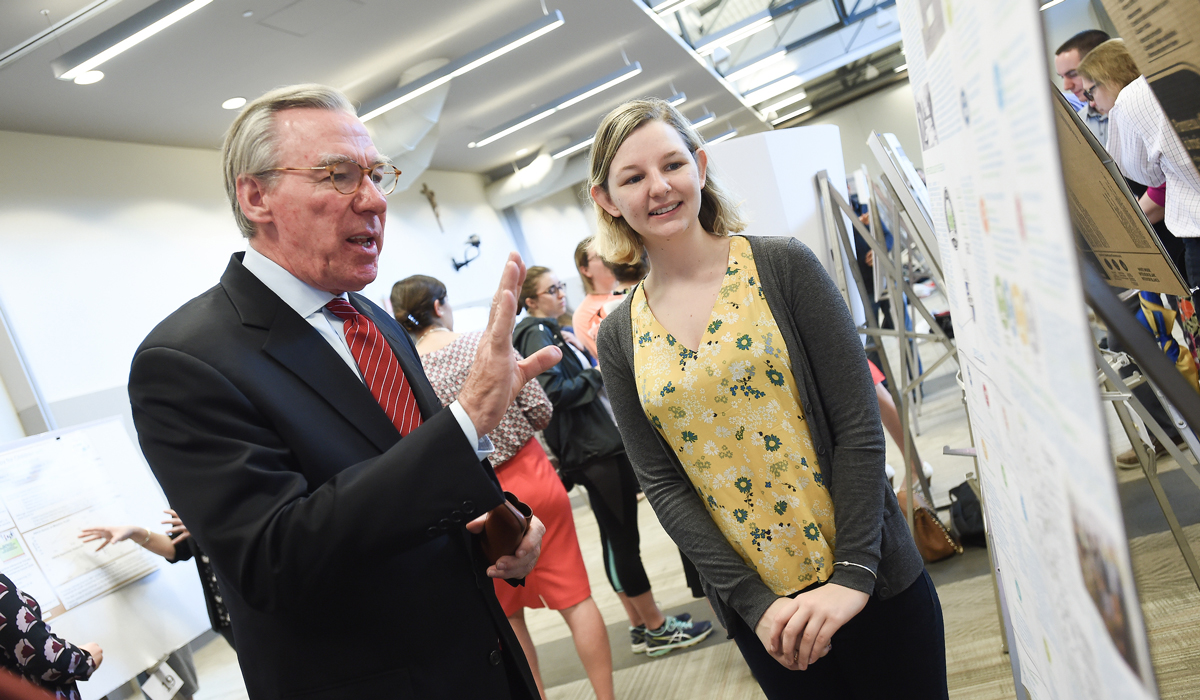 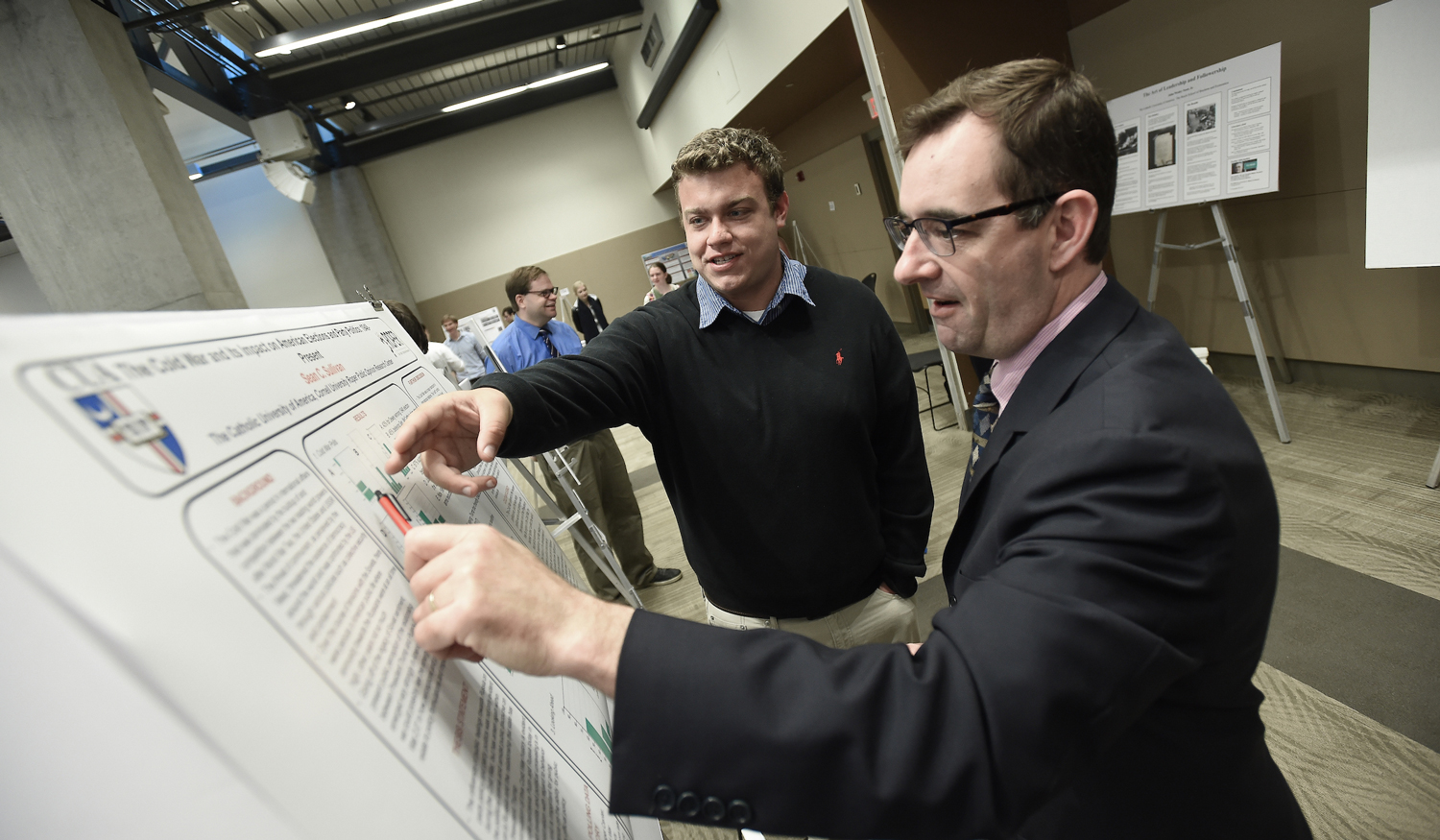 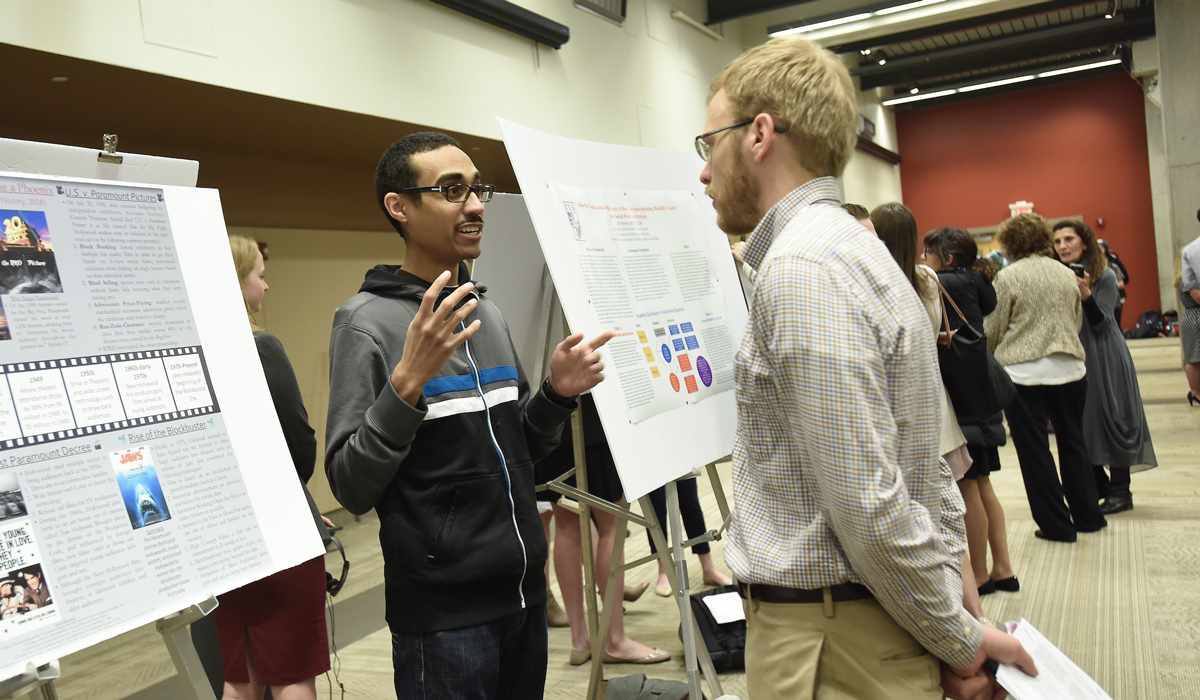 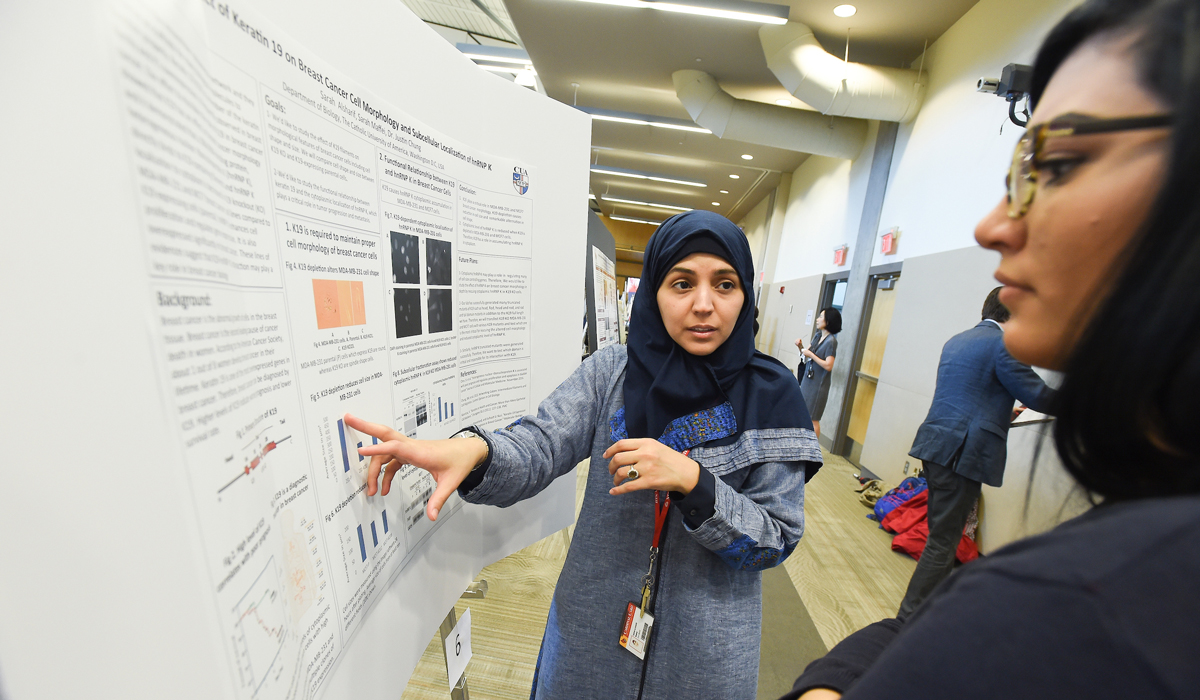 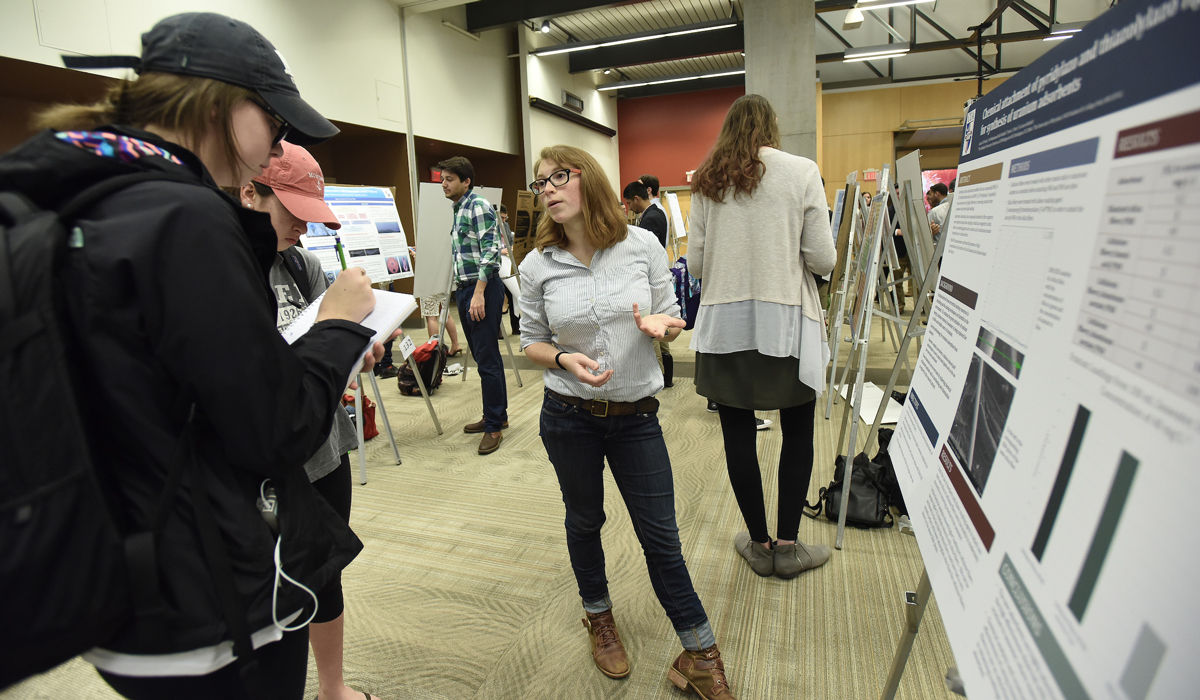 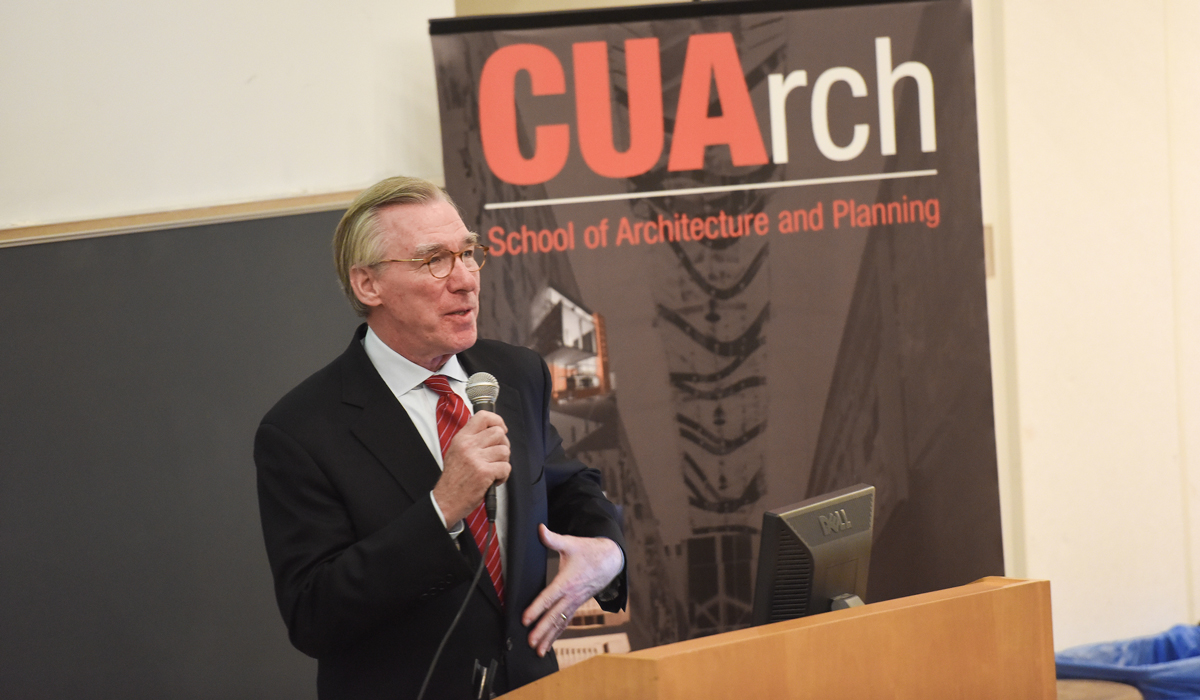 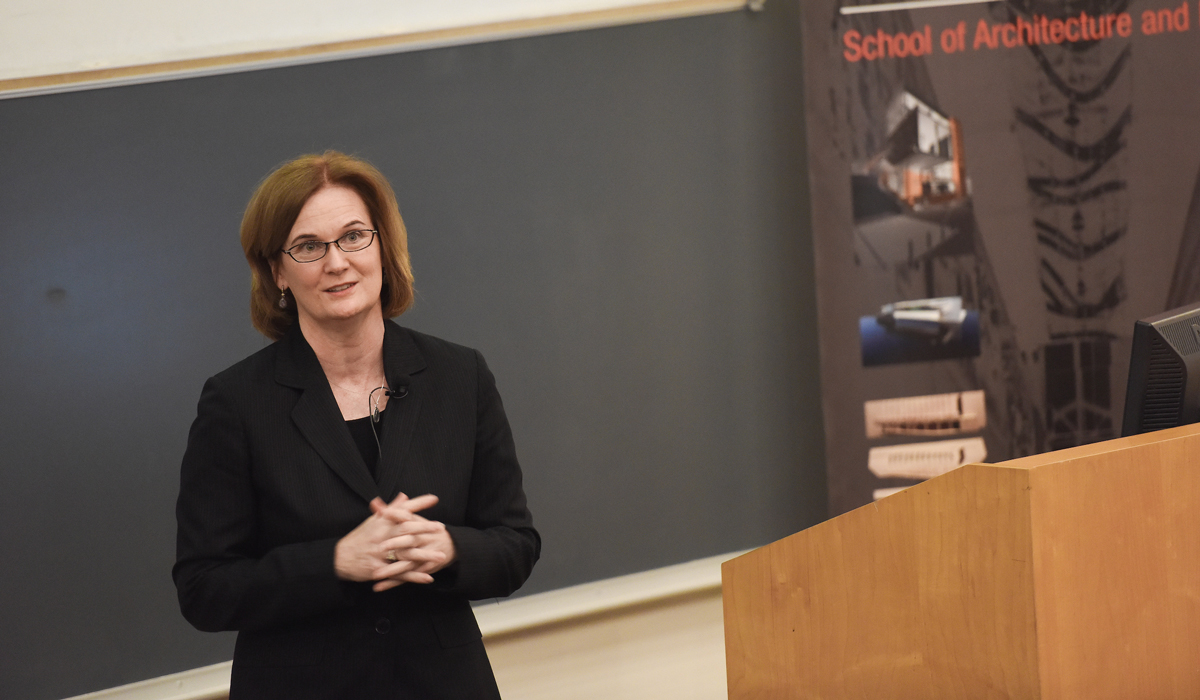 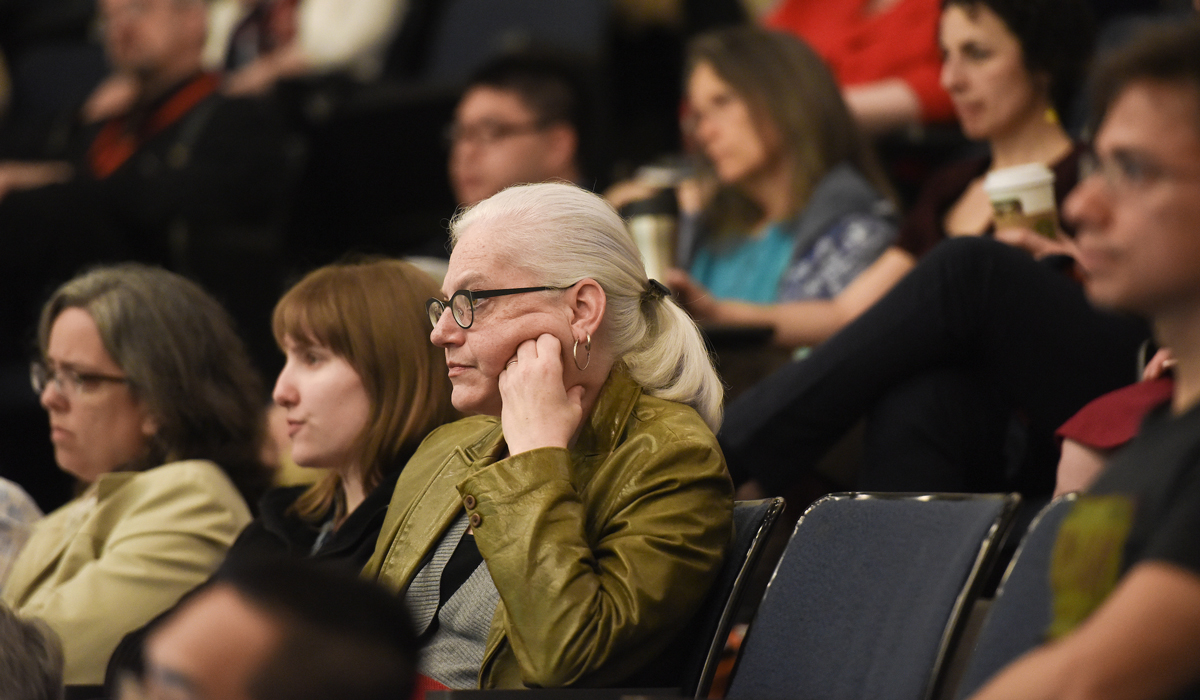 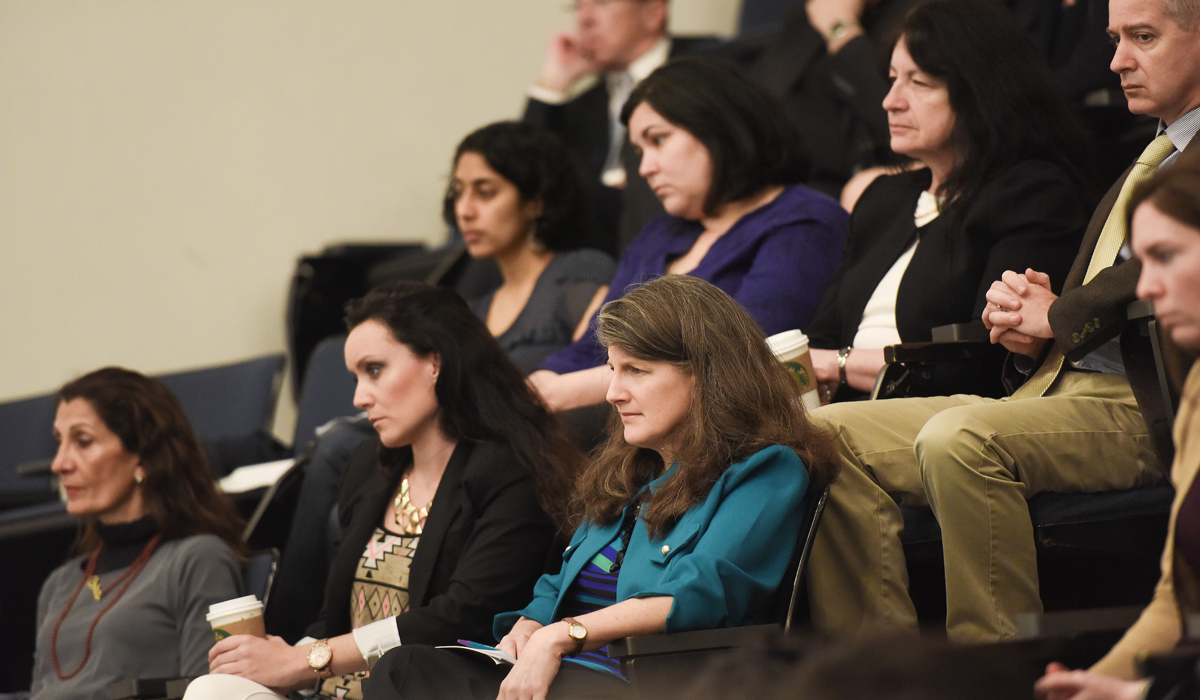 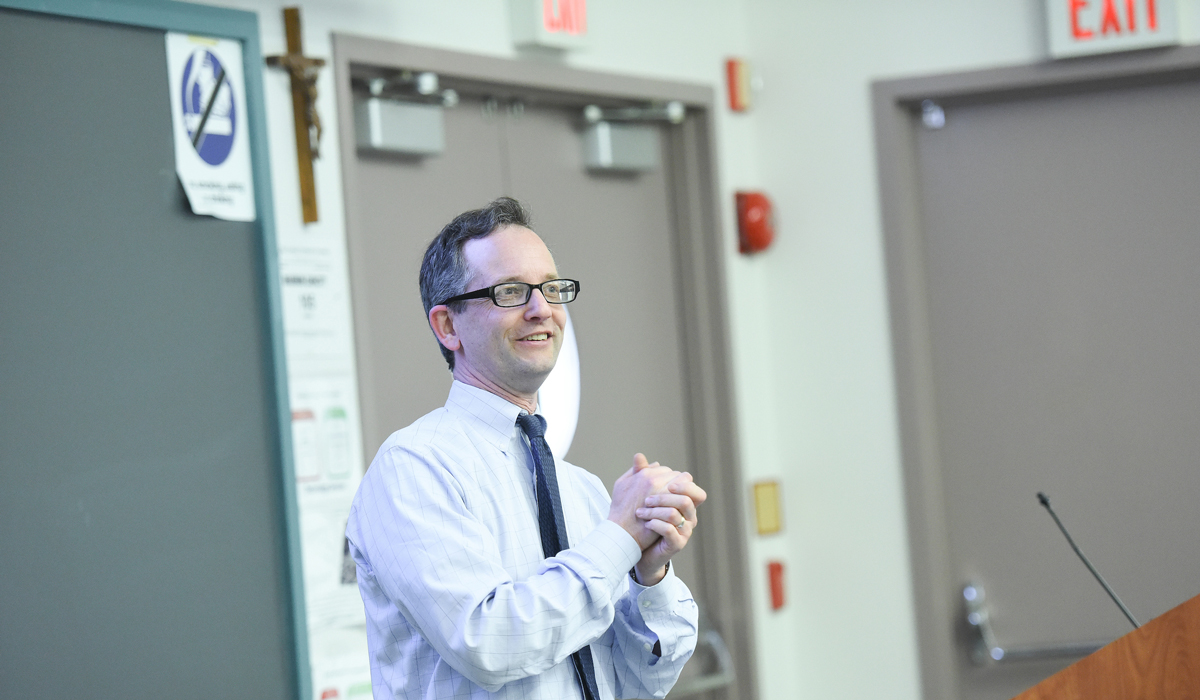 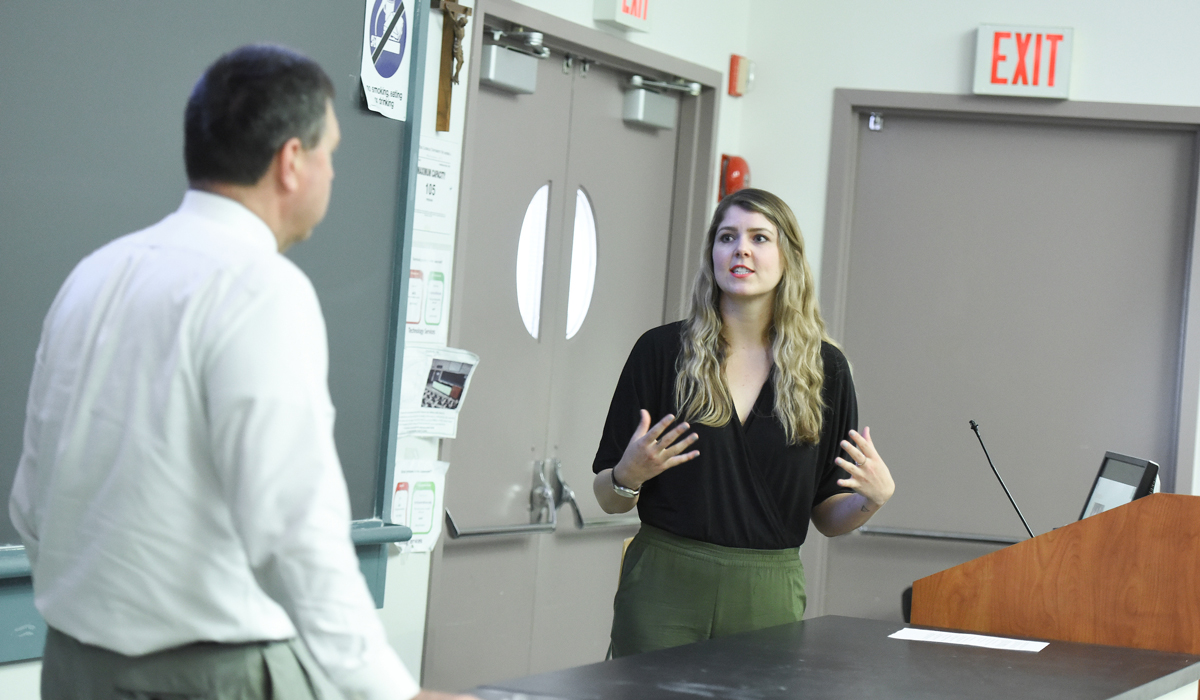 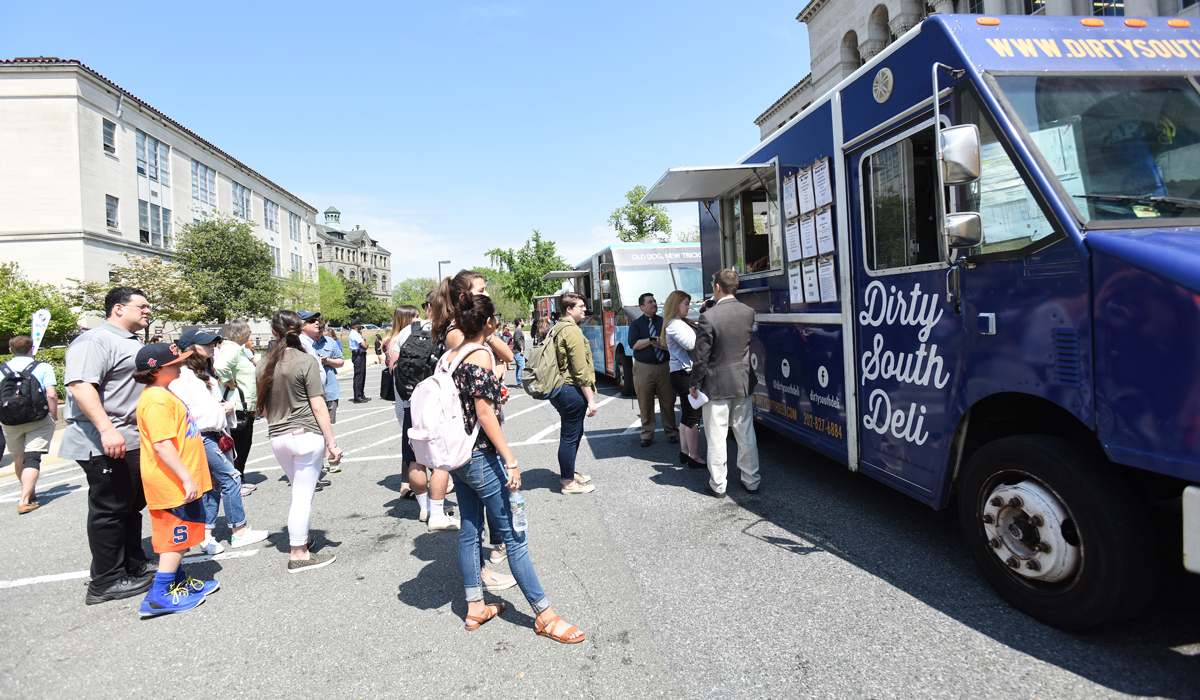 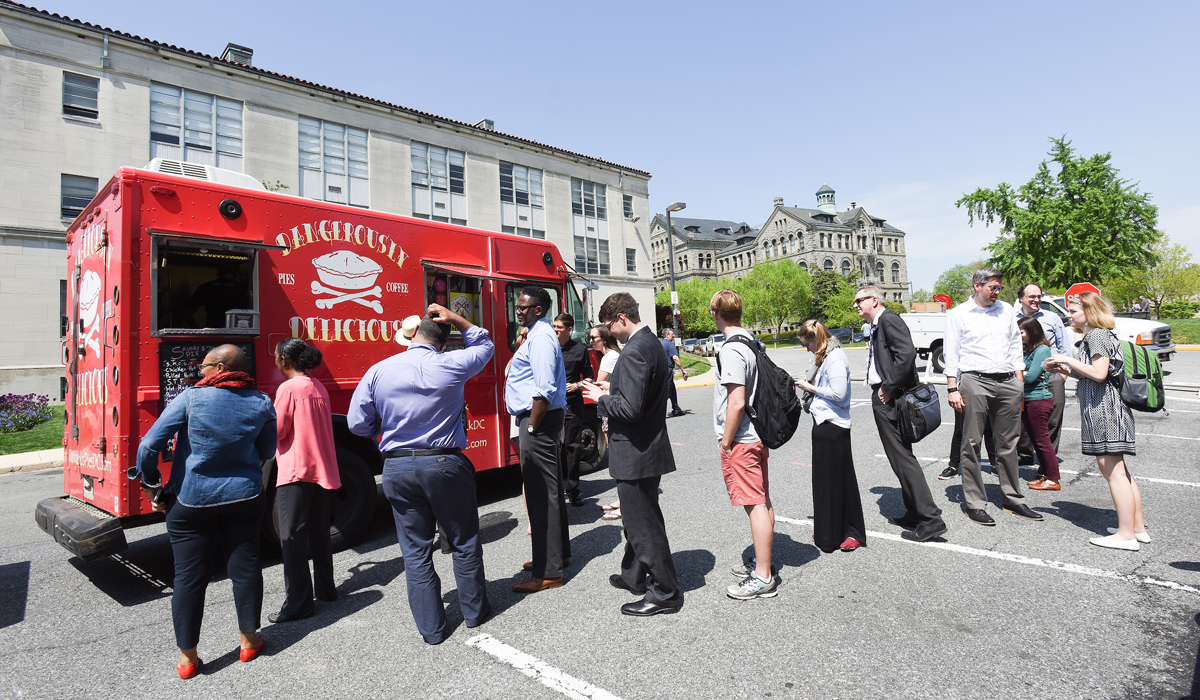 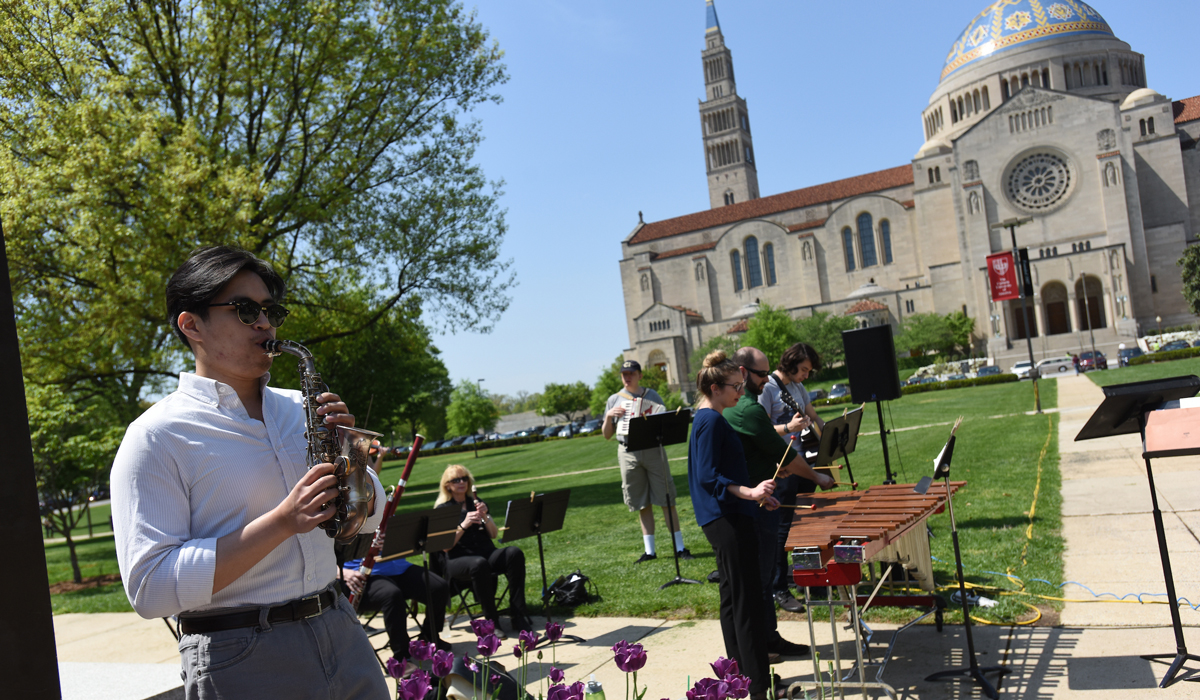 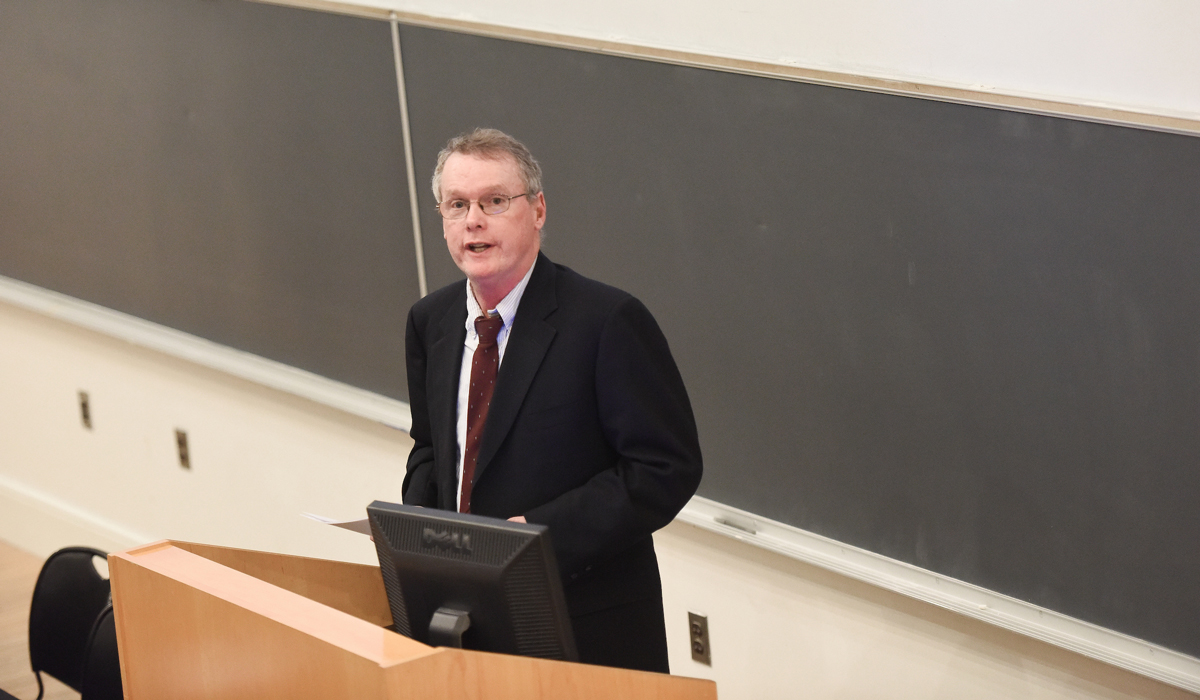 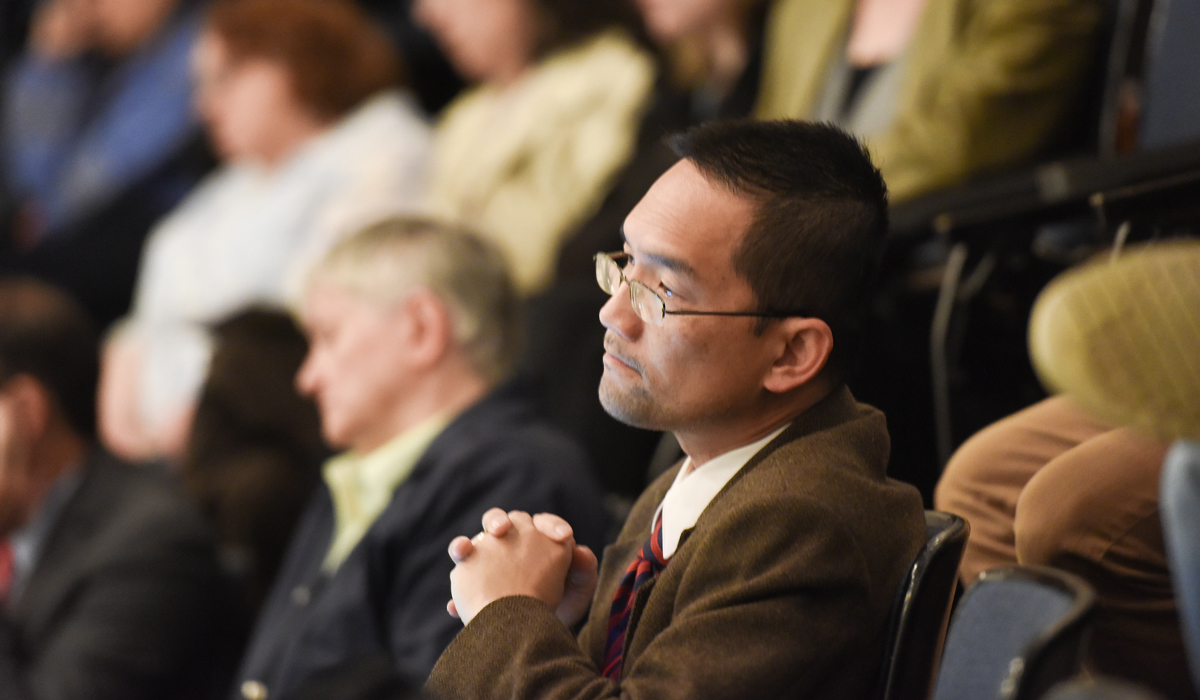 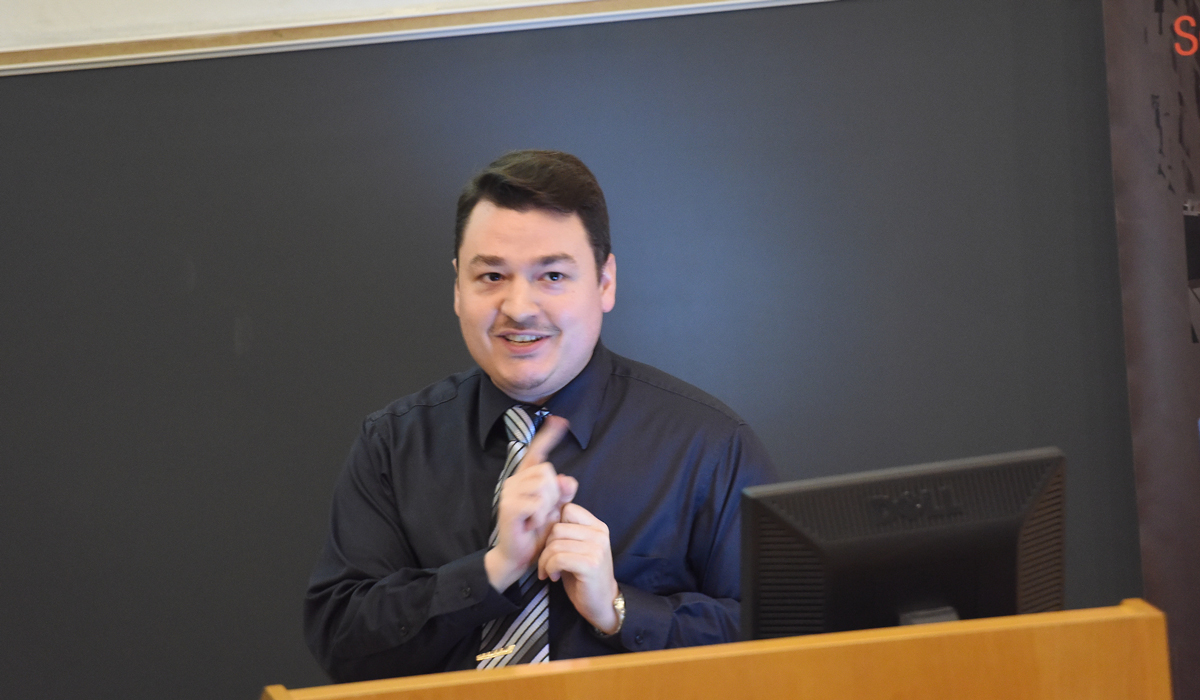 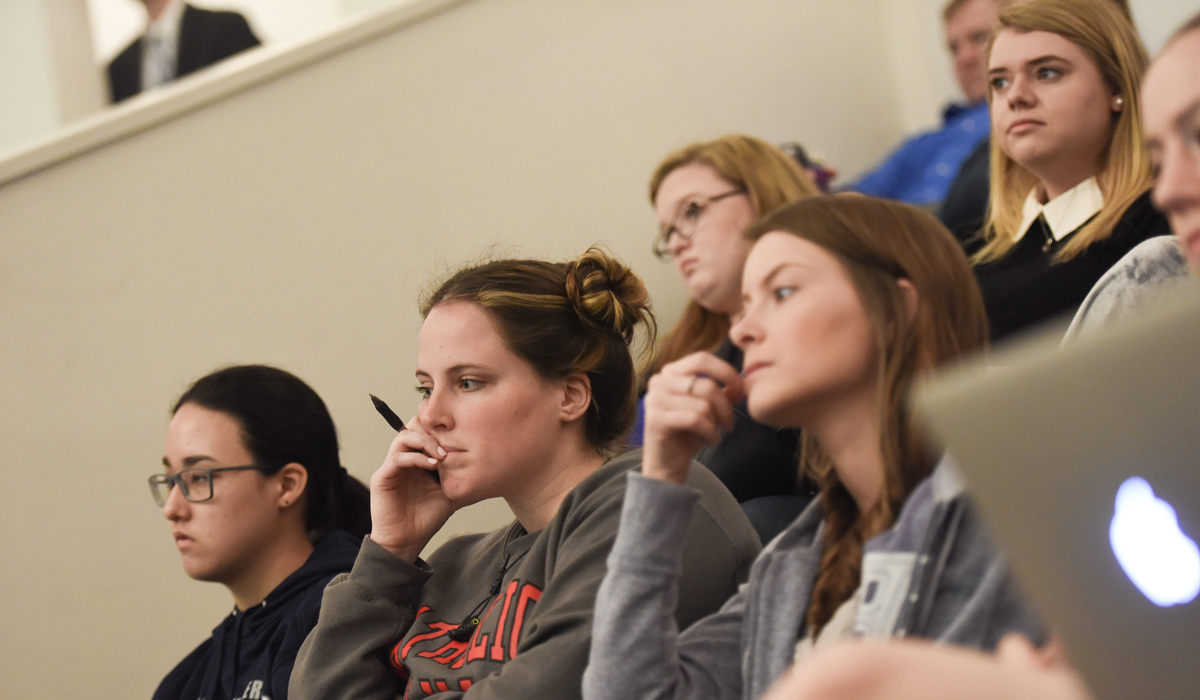 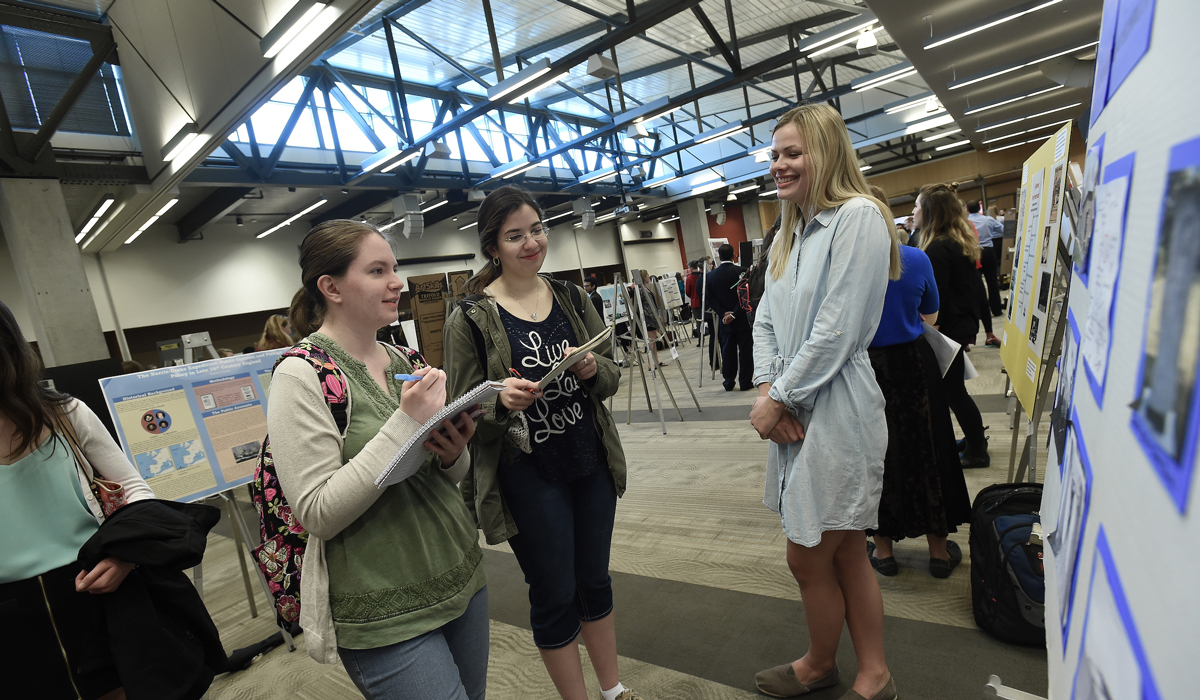 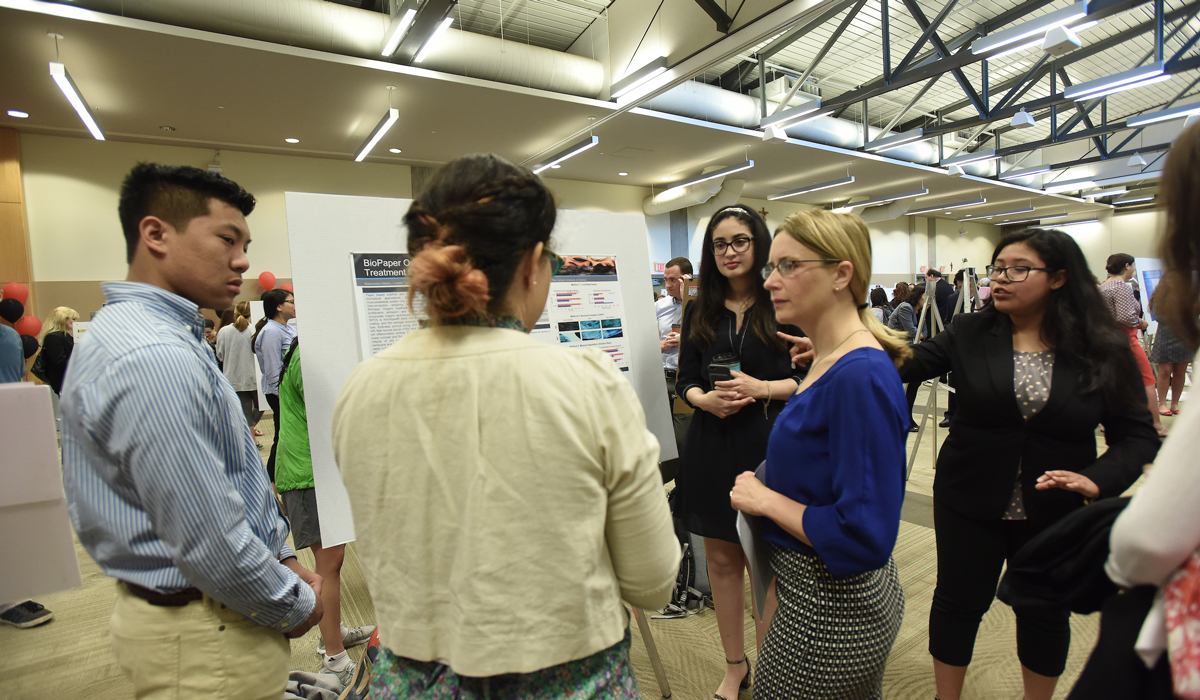 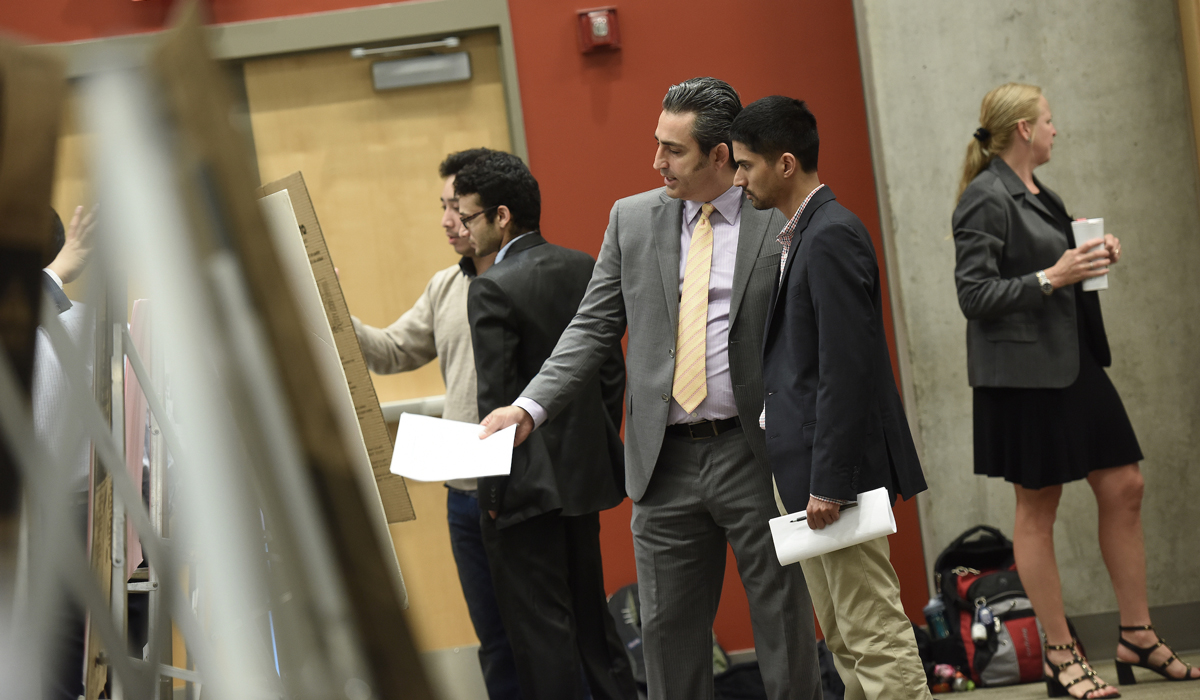 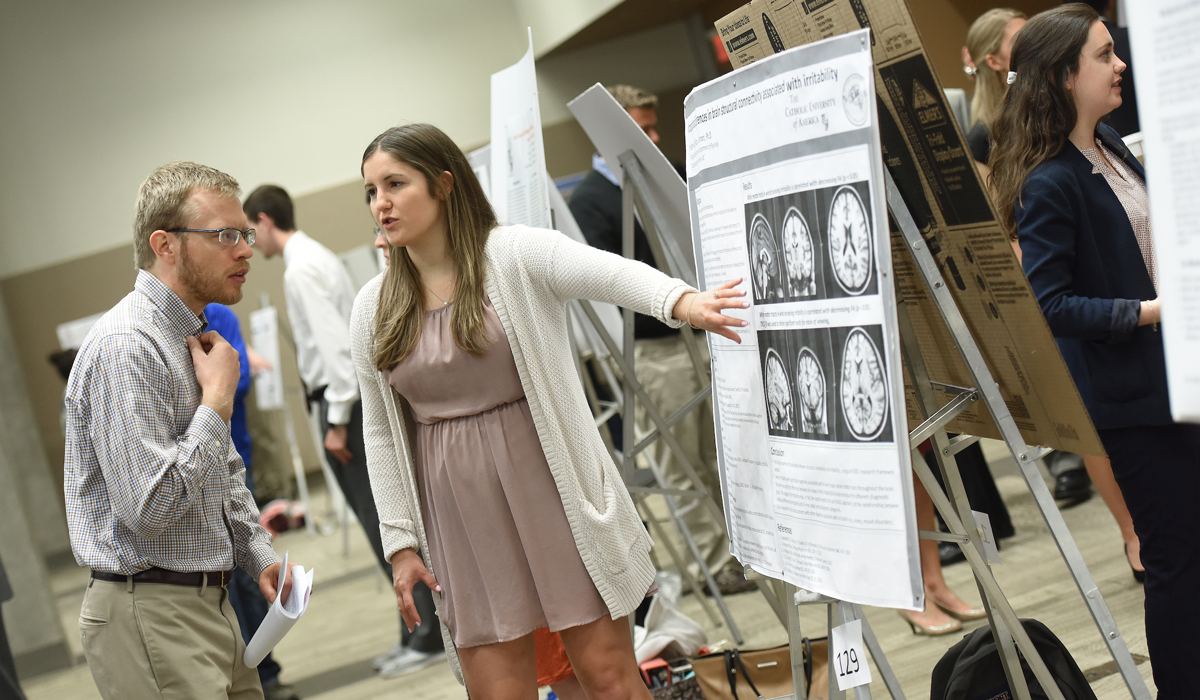 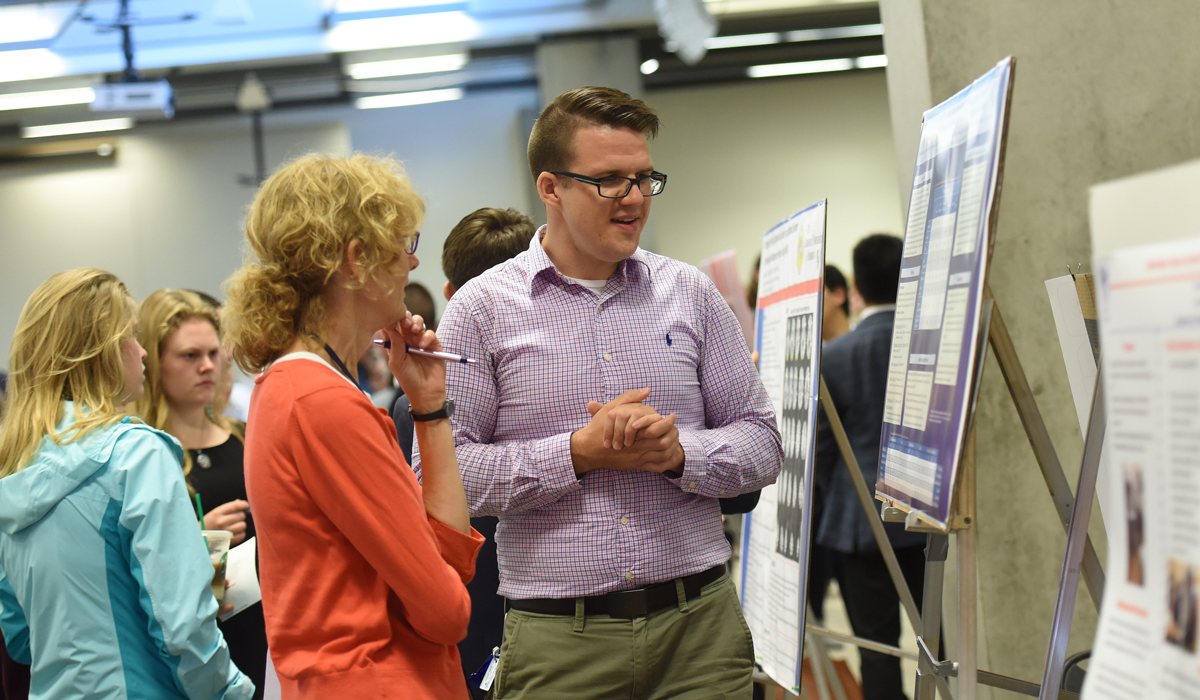 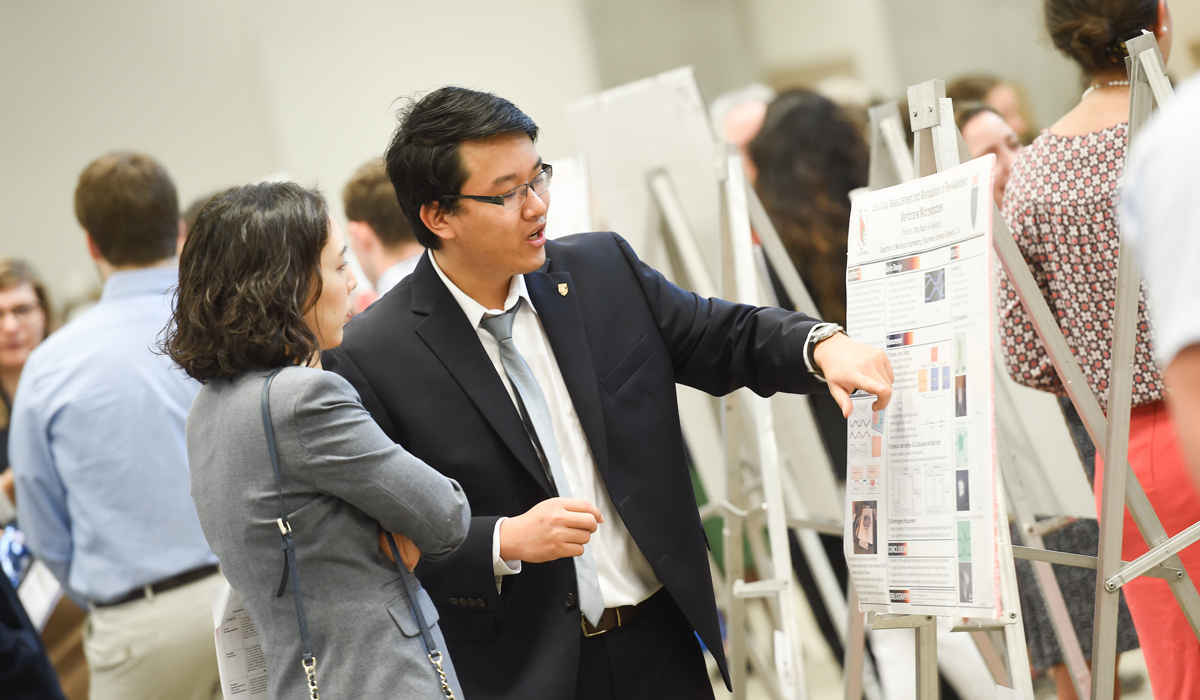 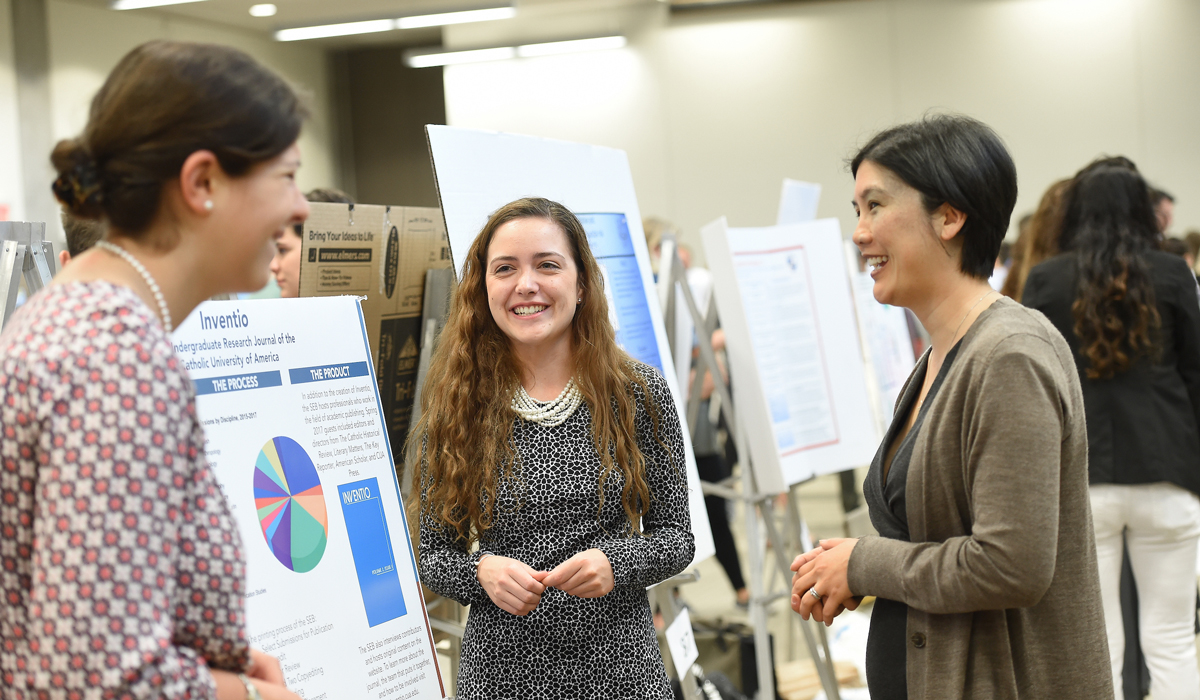 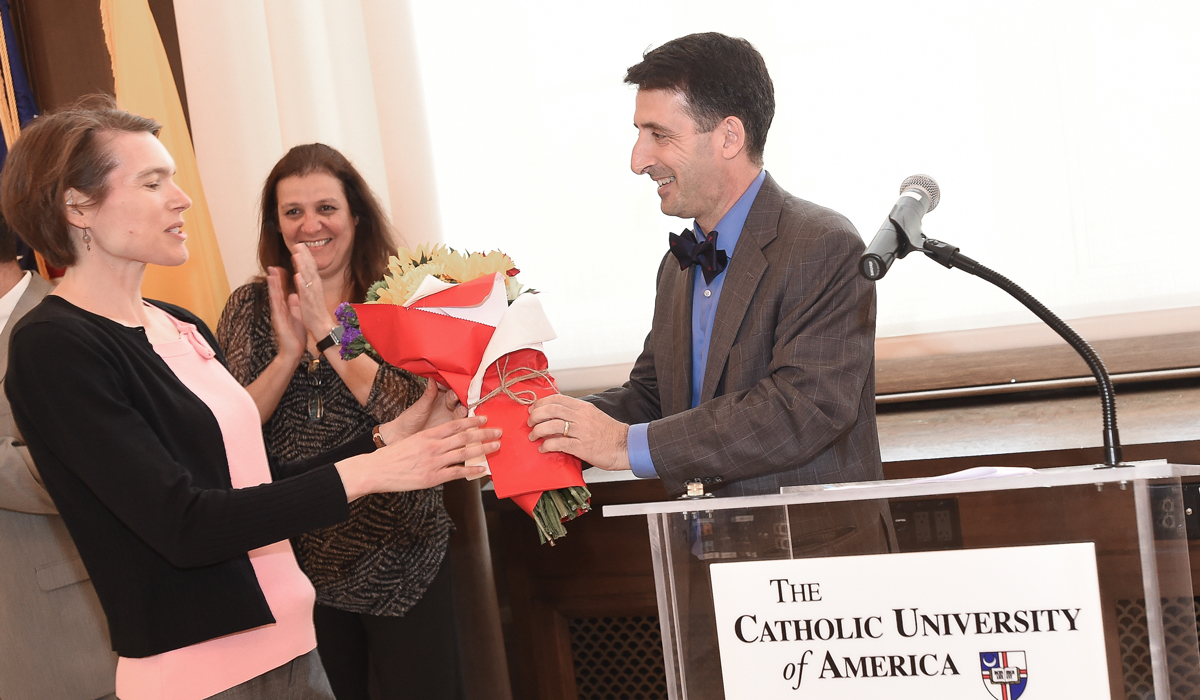