Some of the greatest examples of Renaissance music were brought to beautiful life during a rare performance by the Sistine Chapel Choir at the Basilica of the National Shrine of the Immaculate Conception on Sept. 20. The concert, which was presented by The Catholic University of America and the newly established Catholic Arts Council, marked the choir’s first visit to the United States in more than 30 years.

Widely known as the oldest choir in the world, the Sistine Chapel Choir continues a tradition of Papal musical patronage dating at least to the sixth century. Currently under the direction of Monsignor Massimo Palombella, the choir comprises approximately 20 adult singers and 30 boy choristers. It performs at significant papal celebrations and liturgies, including Christmas Eve Mass in St. Peter’s Basilica.

Singing before an audience of about 3,000 in the Great Upper Church, the choir performed works by 16th- and 17th-century composers Giovanni Pierluigi da Palestrina, Orlando di Lasso, Gregorio Allegri, and Tomás Luis de Victoria. The program was arranged according to the Catholic liturgical year, enabling listeners to reflect on the life of Christ.

Earlier that day, Monsignor Palombella and the adult members of the choir presented a workshop for the students of the Benjamin T. Rome School of Music, as well as students from other programs and guests. During that workshop, which took place in Caldwell Auditorium, Monsignor Palombella presented his philosophy of editing and performing this great repertory of sacred music.

Sophomore Sophia Anastasi was pleased to attend both the morning workshop and the evening performance of the choir. She called the concert “absolutely stunning.”

“The quality of the choral sound they made was unlike anything I’ve ever heard; it’s fitting that the pope’s personal choir sounds like angels,” she said. “As a musician, I was also fascinated by the level of musicality, both vocally and technically that they had, and that was inspiring to me.”

Music School Dean Grayson Wagstaff said he will count the Sistine Chapel Choir visit as one of the great honors of his career at the University.

“Maestro Palombella’s warmth and delight in talking to our students was quite obvious,” he said. “I hope the choir members and maestro are aware that Catholic University is their home and that we celebrate the beauty of their work, this extraordinary musical tradition from the heart of the Church. This tour should inspire all Catholics in the United States.”

The concert was followed by a fundraising dinner benefiting Catholic University’s Catholic Arts Council, which was created to promote and support music, art, and drama programming at the University. The dinner, which was held in Heritage Hall, included a presentation by three recent art graduates as well as performances by students from the music school and the Department of Drama. Jackie Warsaw, 1988 M.M., served as the dinner emcee.

The Sistine Chapel Choir concert was part of a three-city tour that included a performance at St. Patrick’s Cathedral in New York City on Sept. 16 and a Sept. 23 performance at the Detroit Opera House. Additional sponsors for the Basilica concert included EWTN, which filmed the event as part of its “In Concert” series; Shadd Pianos, USA.; Archdiocese of Washington, DC; Diocese of Arlington; ENSE Group; and St. Mary Catholic Church, Alexandria, Va. 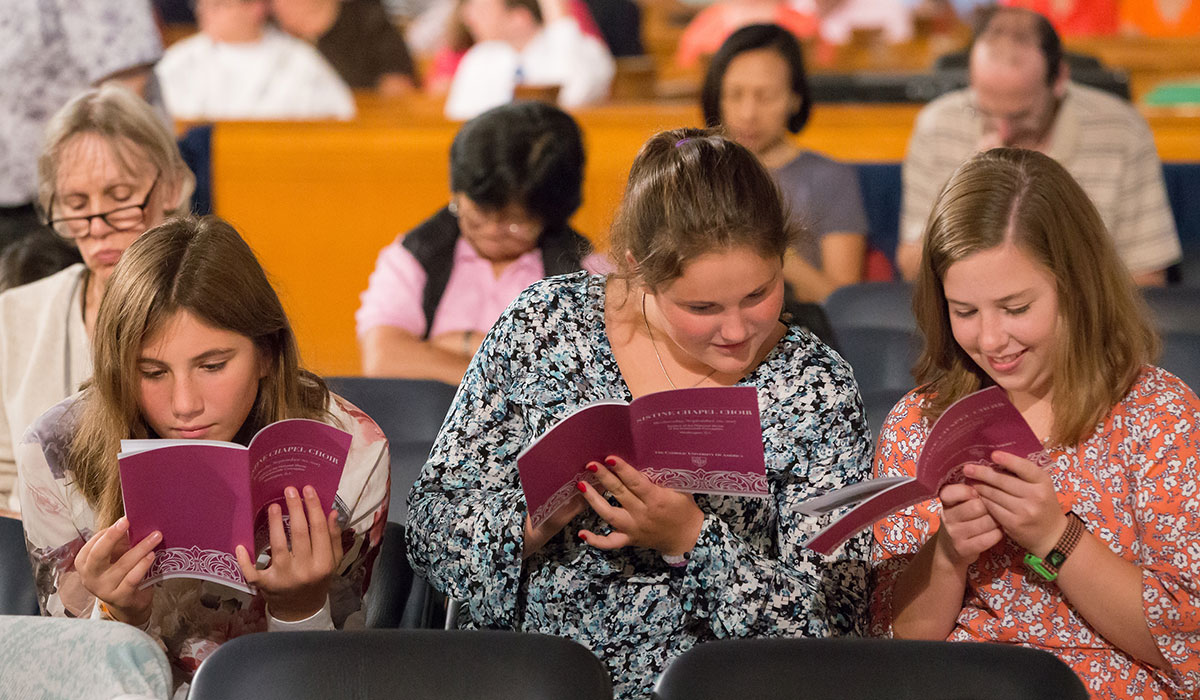 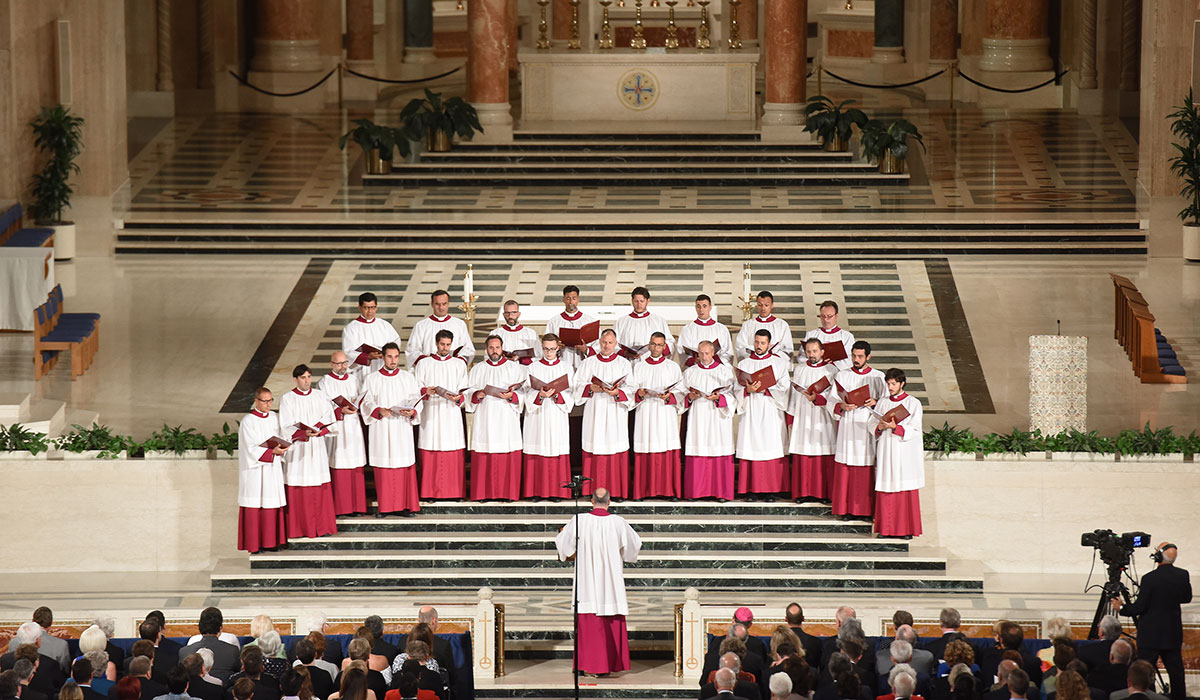 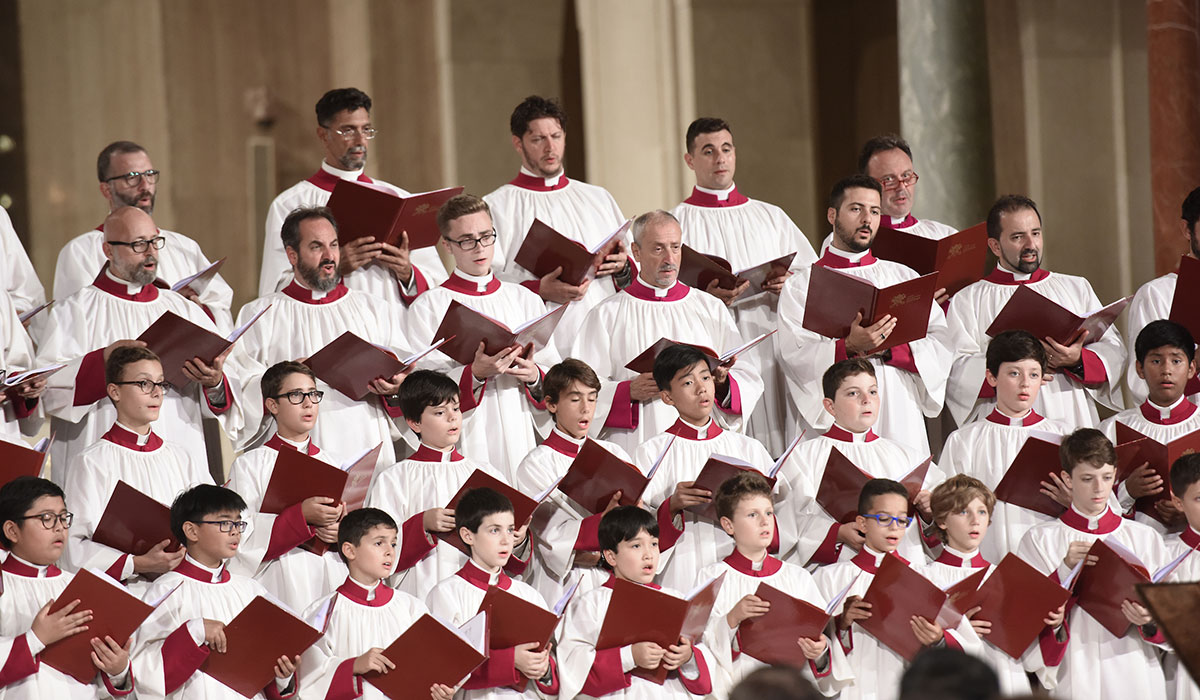 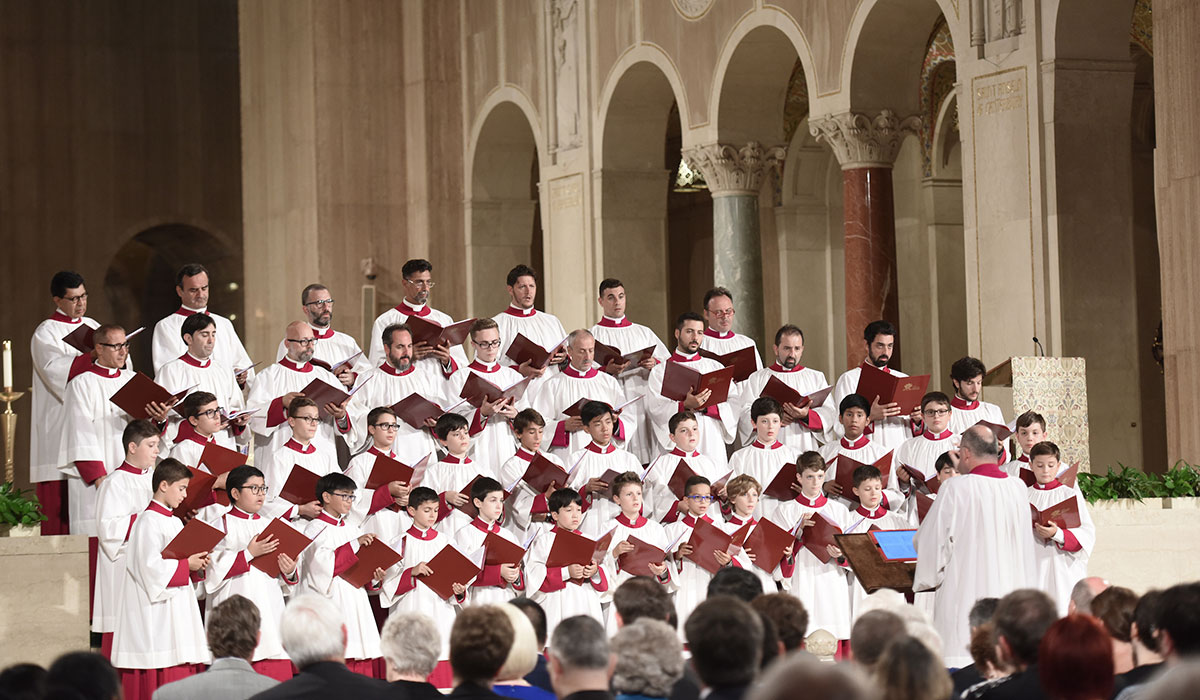 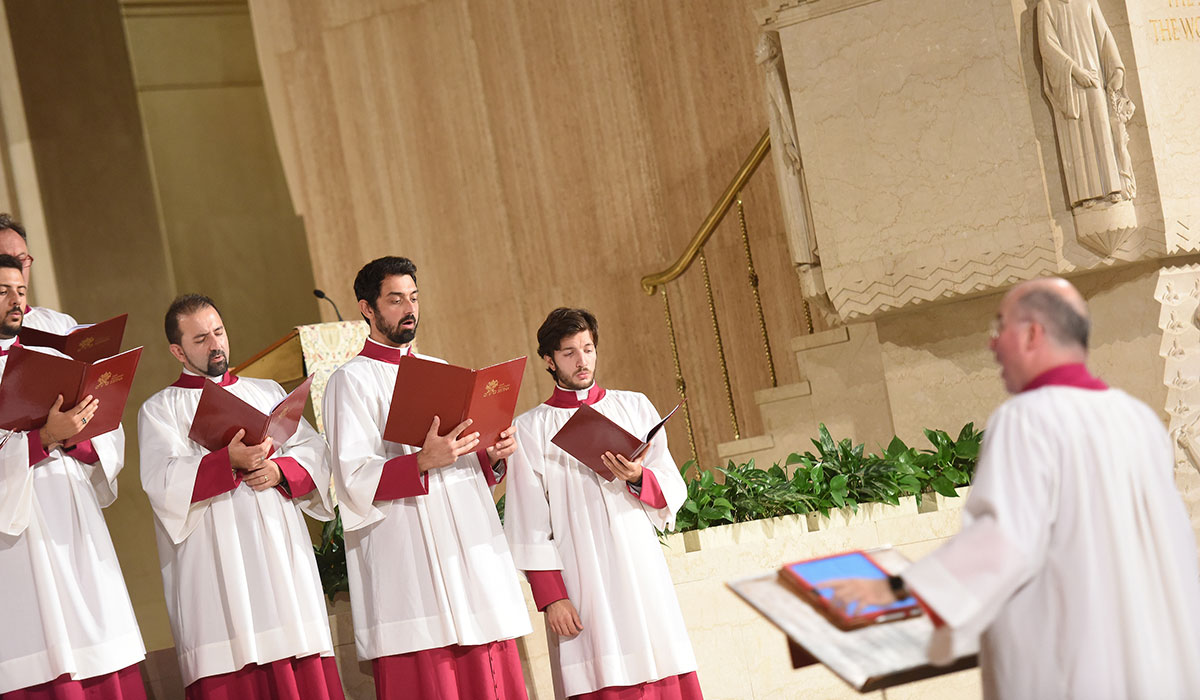 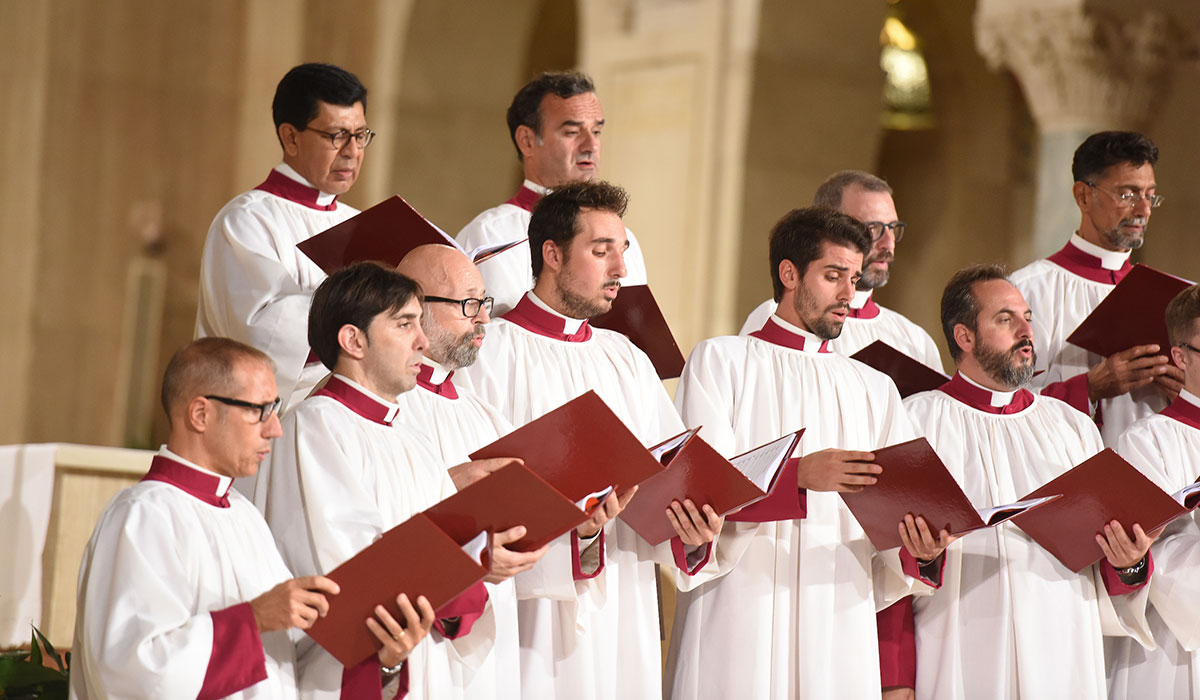 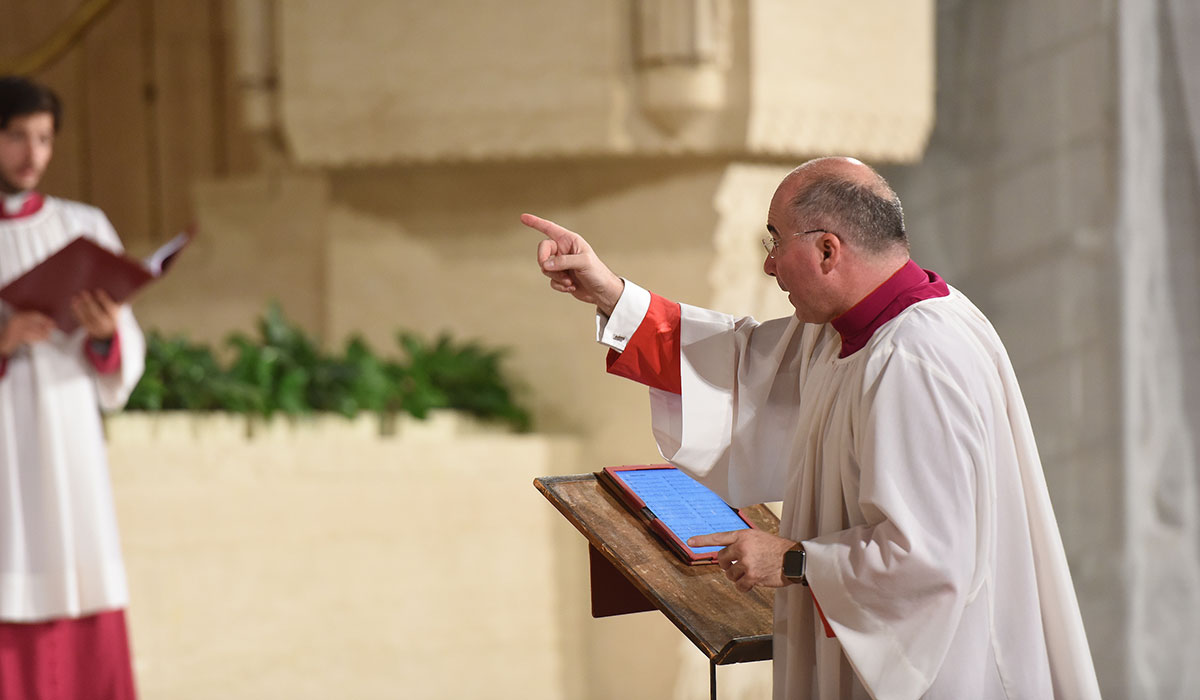 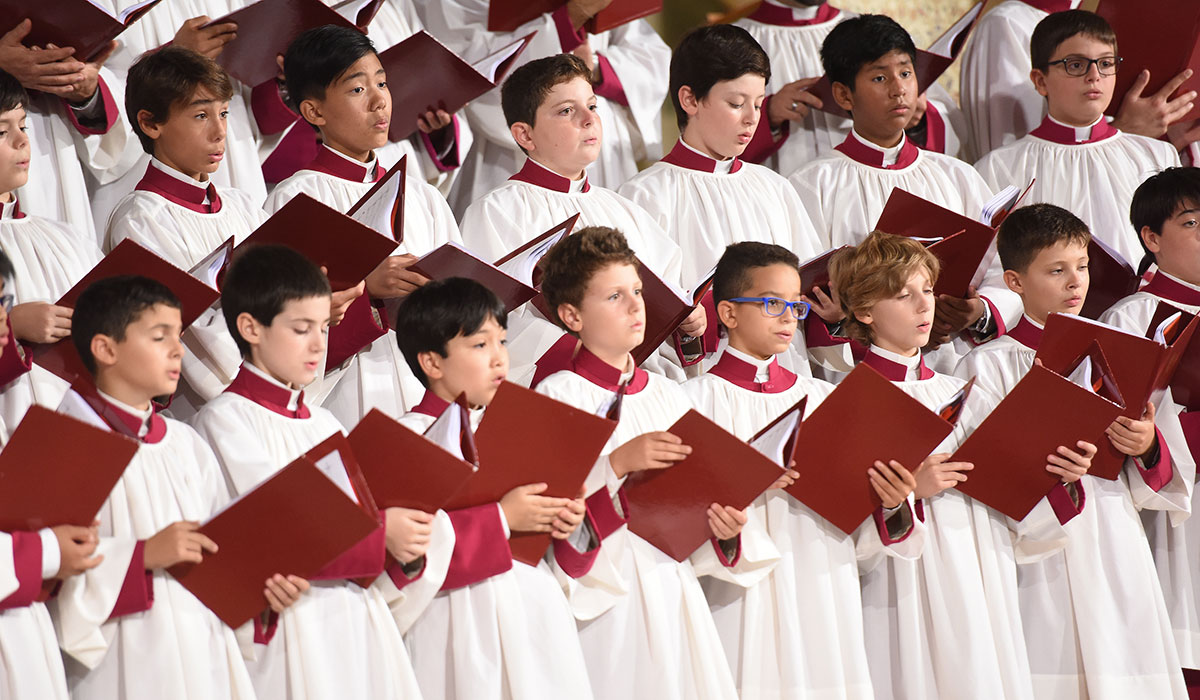 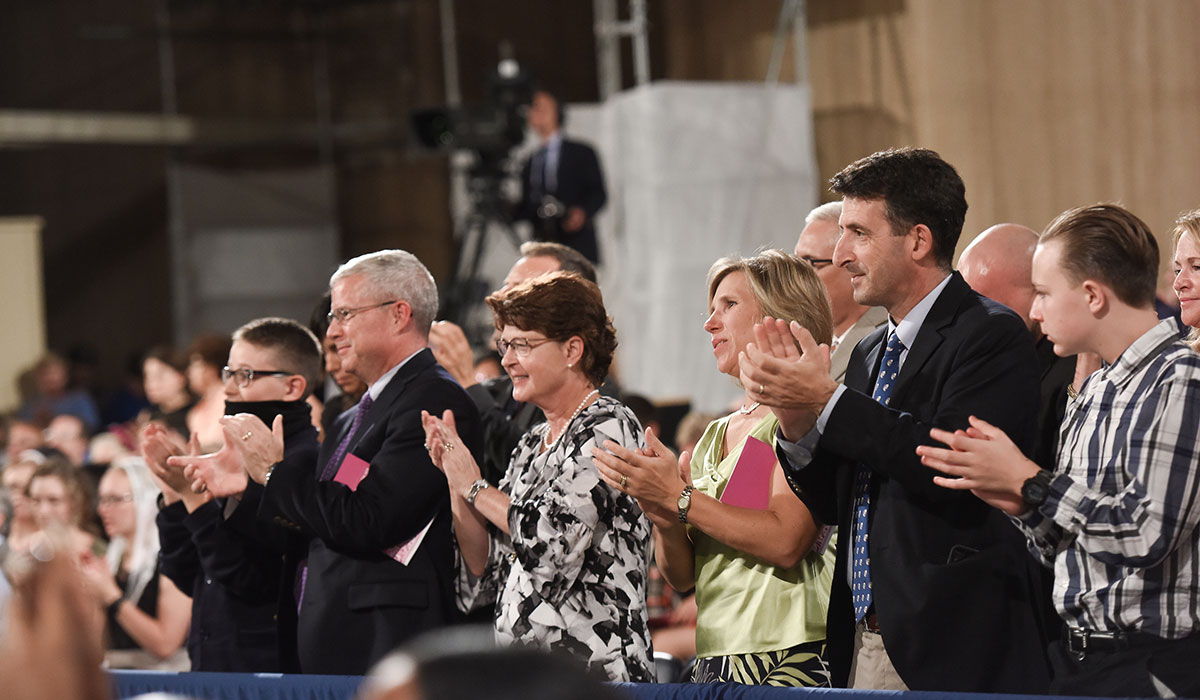 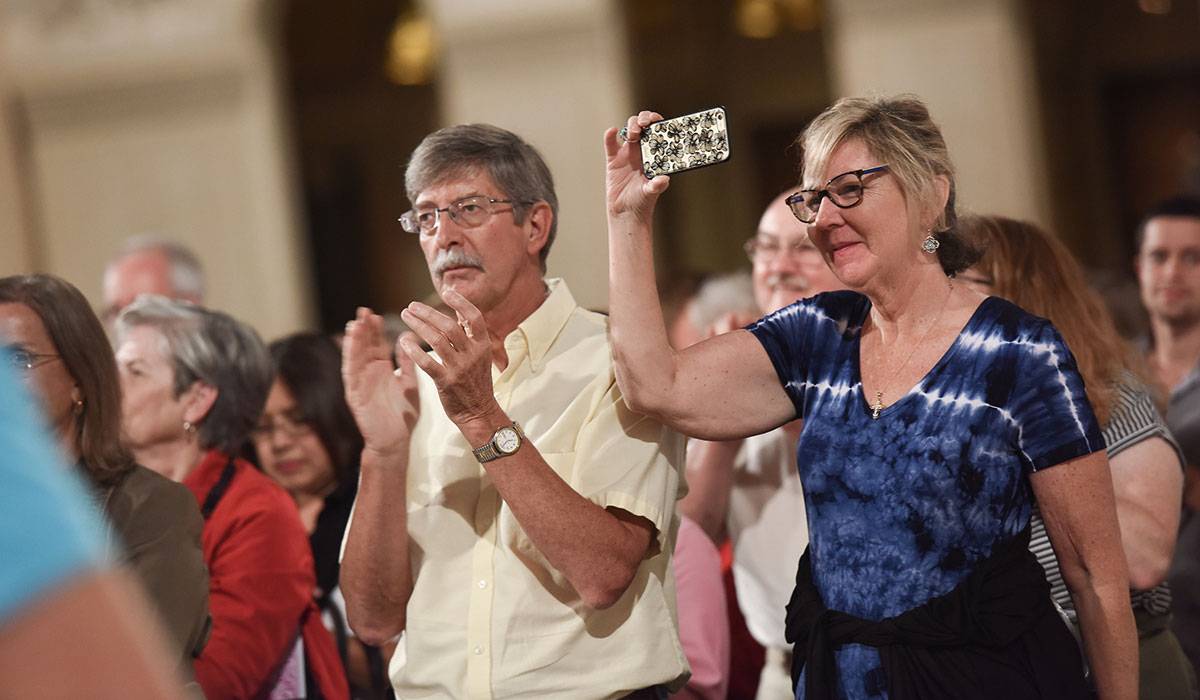 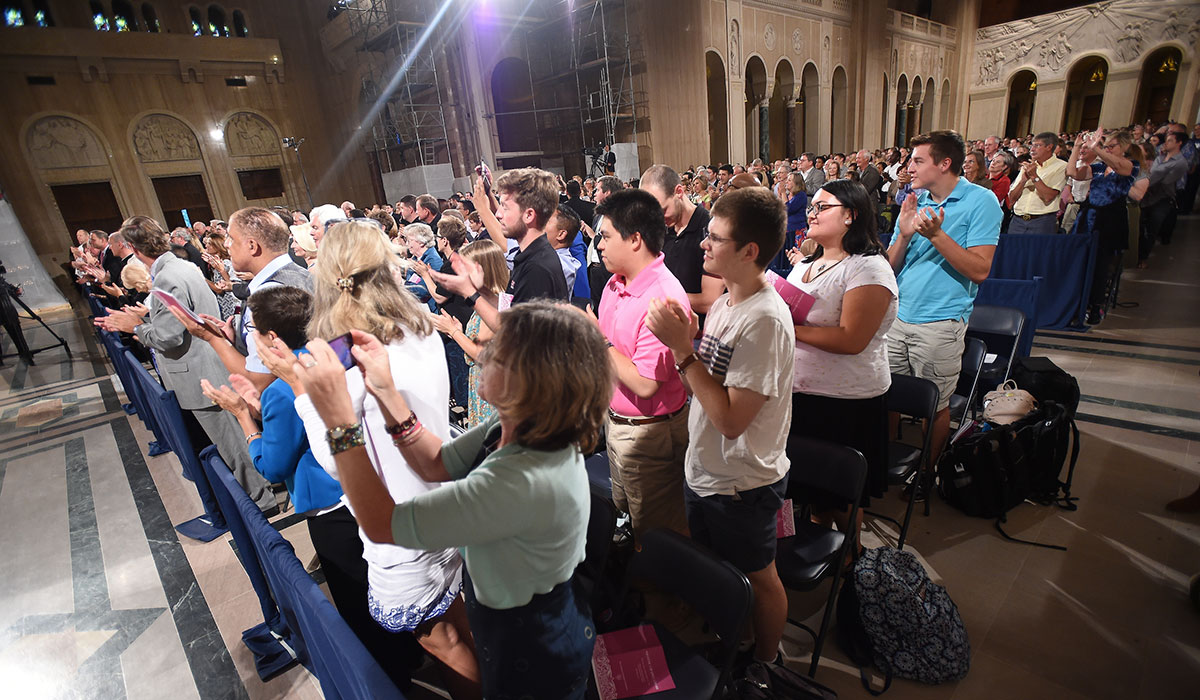 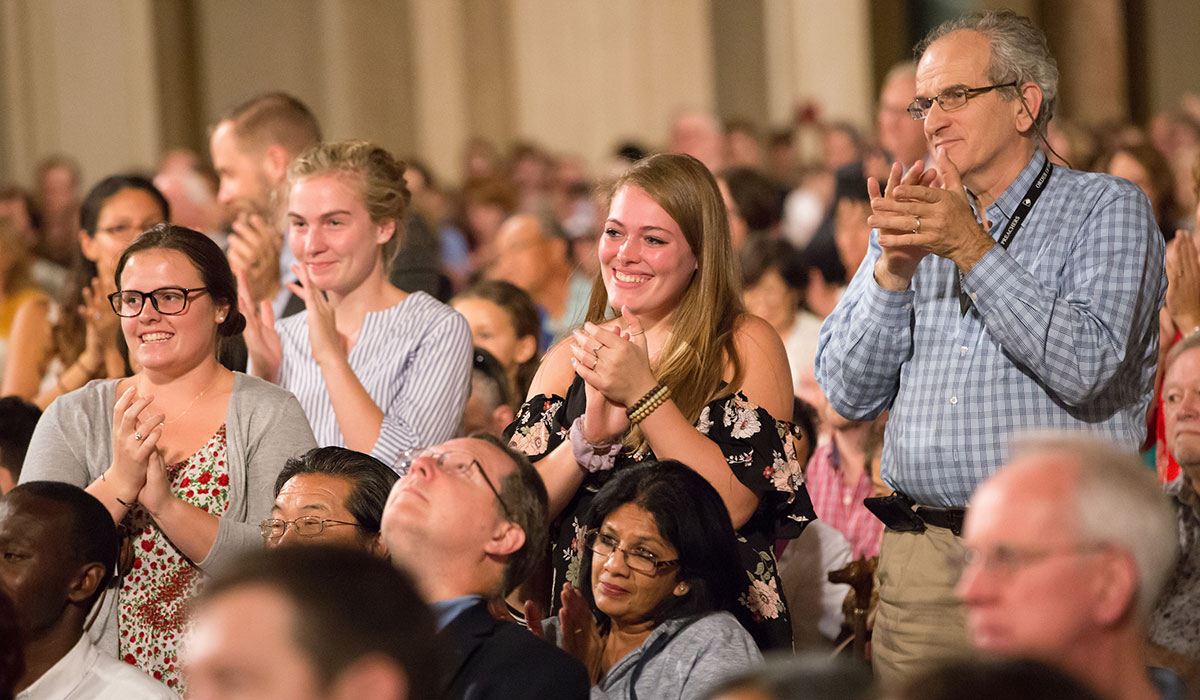