Mitch Landrieu to Community: ‘Diversity is our Strength.’

In order to live without racism, our country must first confront its past.

That was the message of a recent talk by Mitch Landrieu, the former mayor of New Orleans who addressed The Catholic University of America community on November 7.

Landrieu, who earned a B.A. in theatre and political science in 1982, served in the Louisiana state legislature for 16 years and as lieutenant governor for six years before serving as the mayor of New Orleans from 2010 to 2018. He rose to national prominence in the spring of 2017 when he gave remarks following the removal of four New Orleans monuments celebrating the Confederacy and ex-Confederates’ resistance to equal rights during Reconstruction. The speech went viral thanks to his eloquent defense of his actions, which sparked controversy in Louisiana and across the country.

Landrieu was invited to speak as part of the Department of History’s “History Matters” lecture series, which aims to examine current events through a historical lens. Following his talk, Landrieu signed copies of his memoir, In the Shadow of Statues: A White Southerner Confronts History, which was published earlier this year. The talk was cosponsored by the Catholic University Alumni Association.

Landrieu began his talk by reflecting on his own time at Catholic University, where he played on the tennis team, worked as a driver for Father Gilbert Hartke, then-chair of the Department of Drama, and travelled internationally for a U.S.O. program in which student actors entertained the troops.

Landrieu, who grew up Catholic and attended parochial and Jesuit schools, said his Catholic upbringing has played an important part in his political beliefs today, particularly his ideas about how other people should be treated fairly and with dignity and respect.

“That environment you grow up in determines who you are and tells you how you are supposed to use whatever skills you have to help other people,” he said. “It’s really that simple.”

Landrieu said he has been passionate about racial justice since he was a little boy. His father, Moon Landrieu, was mayor of New Orleans from 1970 to 1978, and oversaw the desegregation of city government and public facilities. Landrieu can still remember the many threatening or angry phone calls the family would receive at their house from people who were in favor of segregation.

When he was in the legislature, Landrieu was disturbed to witness the successful election of David Duke, a former Ku Klux Klan wizard, as a state representative in Louisiana in 1989. The campaign was a reminder for Landrieu that racism was still very much alive in the South, and all over the country.

“That incident really seared me for a long time because I recognized then that racism, in the South in particular, is an issue we have never really dealt with,” Landrieu said. “There needs to be a reconciliation and we can’t do that without a recognition that what happened before was a terrible, terrible mistake. Slavery is this nation’s original sin.”

When Landrieu became mayor of New Orleans, the city was rebuilding after the devastation of Hurricane Katrina. Looking at the education and poverty problems in the city, Landrieu became convinced that the city needed to be rebuilt to be more racially inclusive than it had been previously. Part of that process meant taking down monuments that served as symbols for values the city no longer held.

The statues, Landrieu said, were constructed by organizations trying to uphold the “Cult of the Lost Cause,” a movement that glorifies the Confederate Army and its ideals. Rather than telling the complete story of the Civil War, Landrieu believed the monuments stood as subtle reminders to African Americans that they were of less value than others, and that they were unwelcome in the city.

“It’s not a big surprise that so many of our brothers actually left the South and took whatever they had of value and gave it to other areas,” Landrieu said. “The ideas that kept those monuments up allowed our housing system to deteriorate and our school system to deteriorate. Somebody had to say I’m sorry that happened.

“The goal was not to rewrite history, but to course correct and to try to make straight what others had made crooked,” Landrieu said. “I wanted to go back to the beginning of our city’s history, to say, ‘we may not be at fault, but we have a responsibility to try to make right what was wrong.’”

Katherine Jansen, the former chair of the History department who organized the “History Matters” lecture series, said she was impressed with how Mayor Landrieu took history into account as he reckoned with the past to make decisions about the future of New Orleans.

“That in a nutshell,” she observes, “is exactly the goal of “History Matters” lecture series: to demonstrate how deep reflection on the past can and should inform contemporary debate and policy decisions.”

“When Mayor Landrieu’s book came out earlier this year, we knew he would be perfect for this series,” said Jansen’s History Department colleague, Stephen West, who introduced Landrieu. “He provides a great example of how politicians can talk about painful parts of our history in a thoughtful and nuanced way.”

Now that the monuments have been taken down, Landrieu said New Orleans and the country face an even bigger challenge: changing the mindsets which have led to racial inequity in the first place.

“Physically taking the monuments down is the easier part,” he said. “If you don't change the attitudes of the people that allowed those monuments to go up in the first place, it doesn’t mean anything.”

Landrieu also spoke of his hopes for the United States, citing the importance of compromise and finding common ground so that Americans can move forward together.

“This country is either going to grow or it’s going to shrink,” Landrieu said. “In America, our diversity is our strength. It’s not a weakness. The more we celebrate our differences, the richer and more beautiful we will be.

The next History Matters event, a panel discussion entitled “Immigration Debates, Past and Present,” will be held on Dec. 5, from 5:15 to 7:00 p.m. in the May Gallery of Mullen Library. For more information, visit https://history.catholic.edu/news-events/2018/09/history-matters-fall-lecture-series.html. 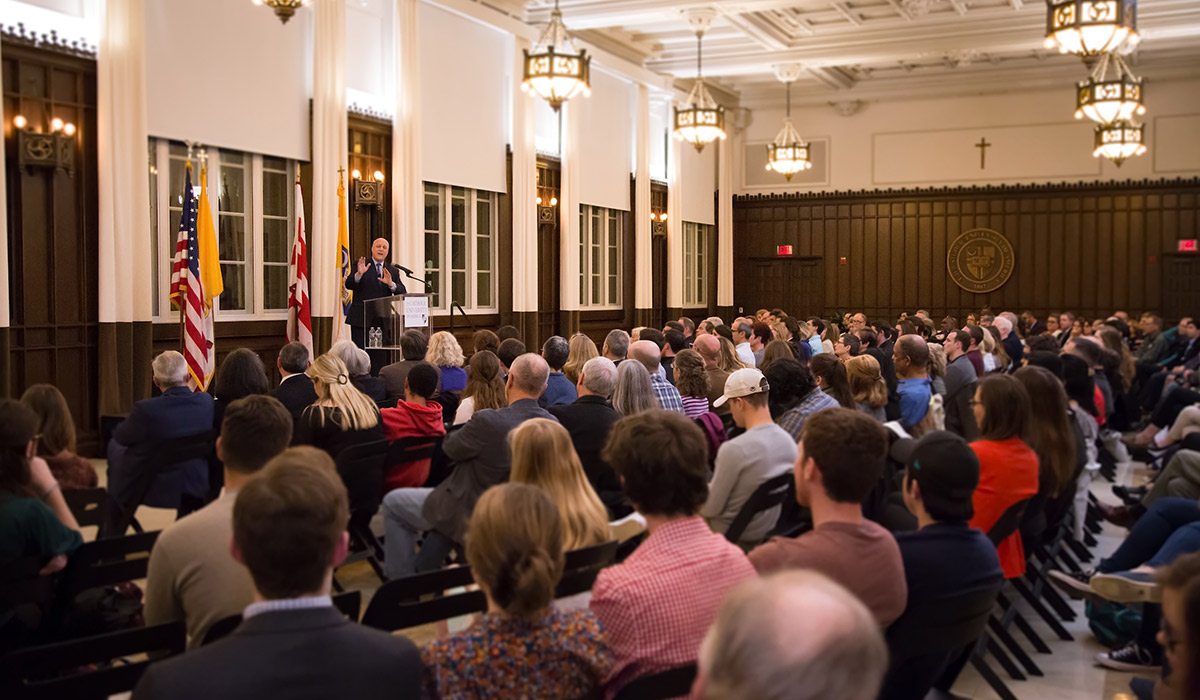 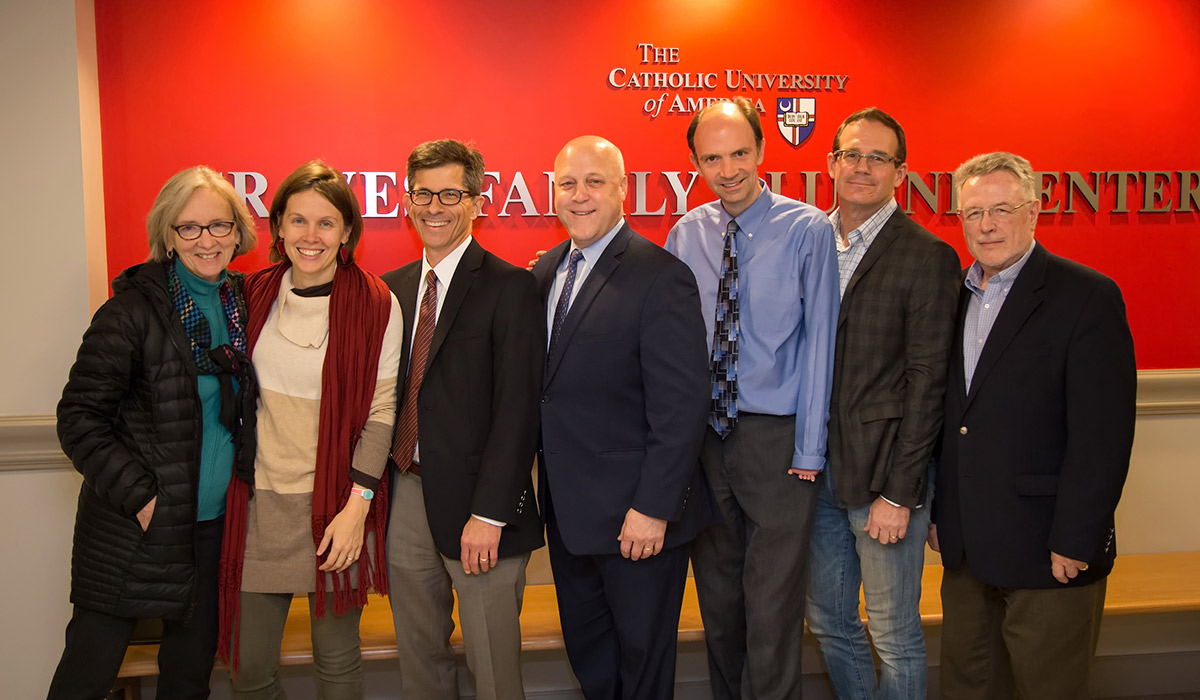 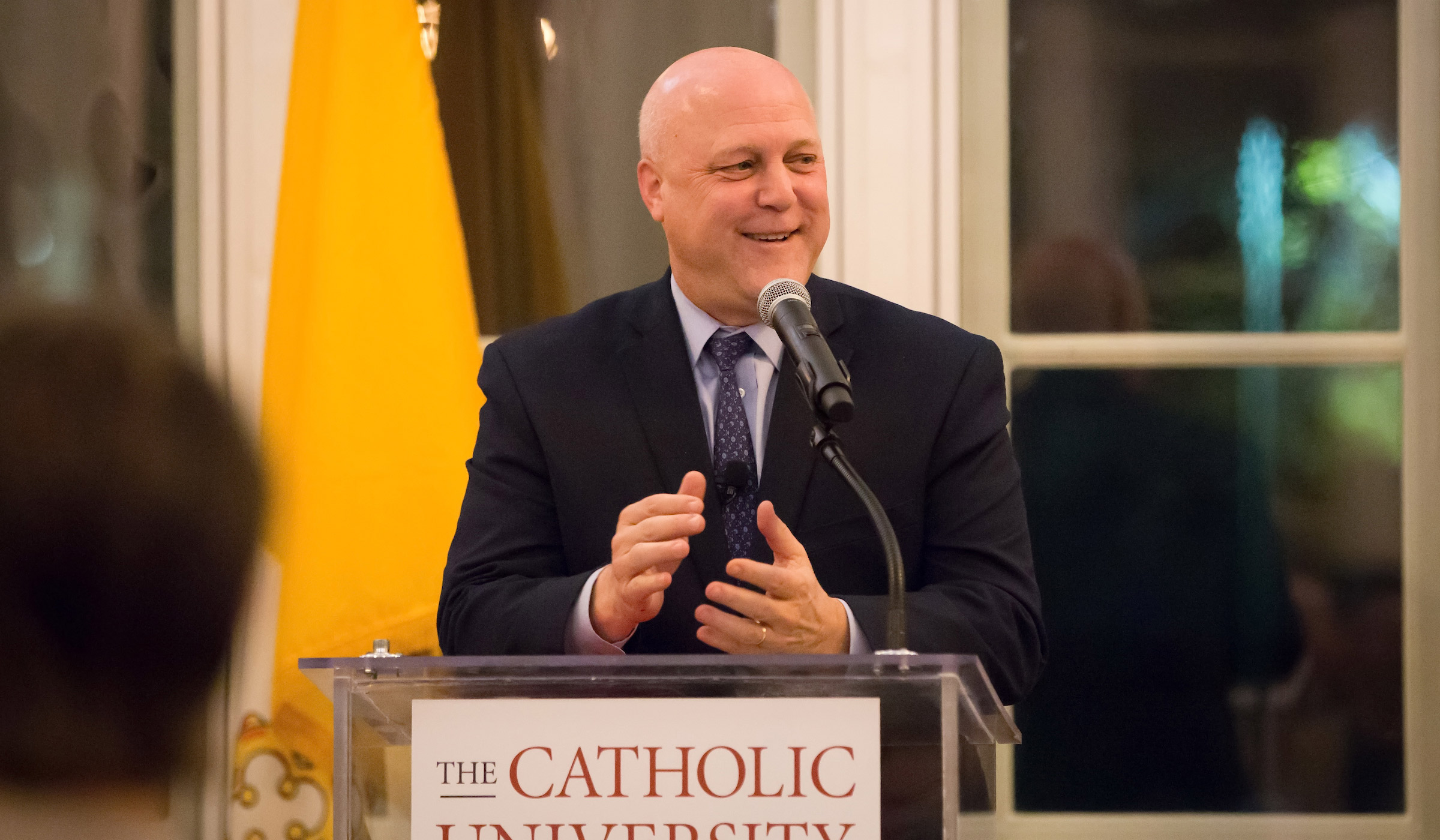 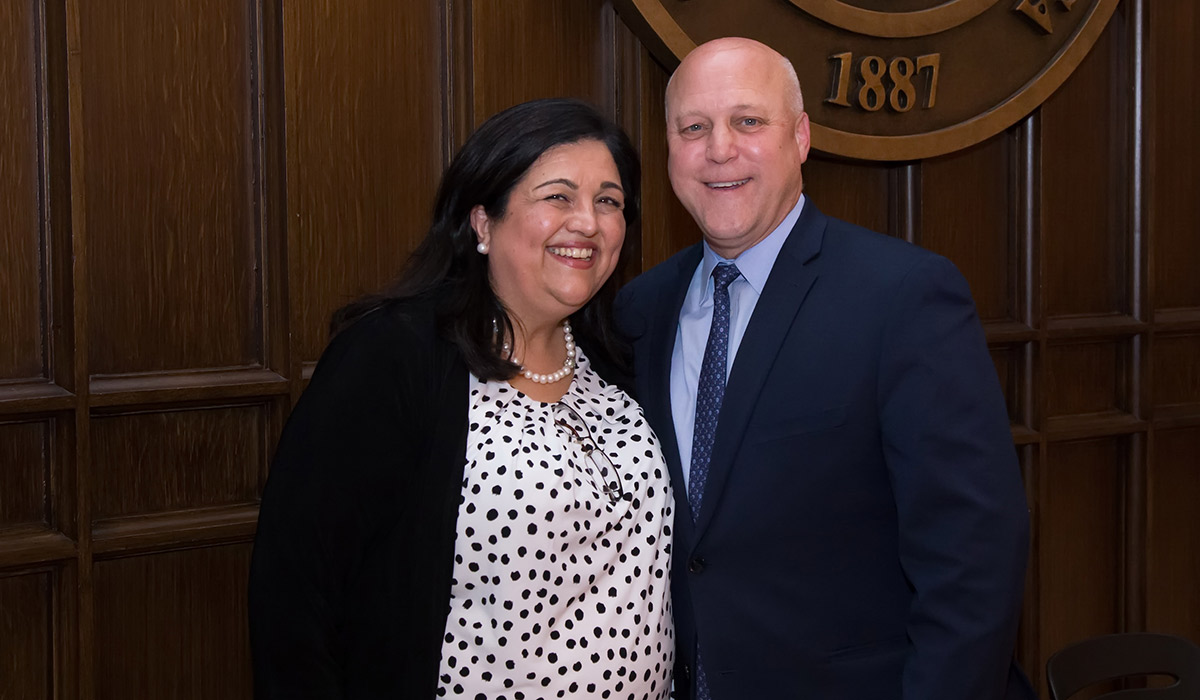 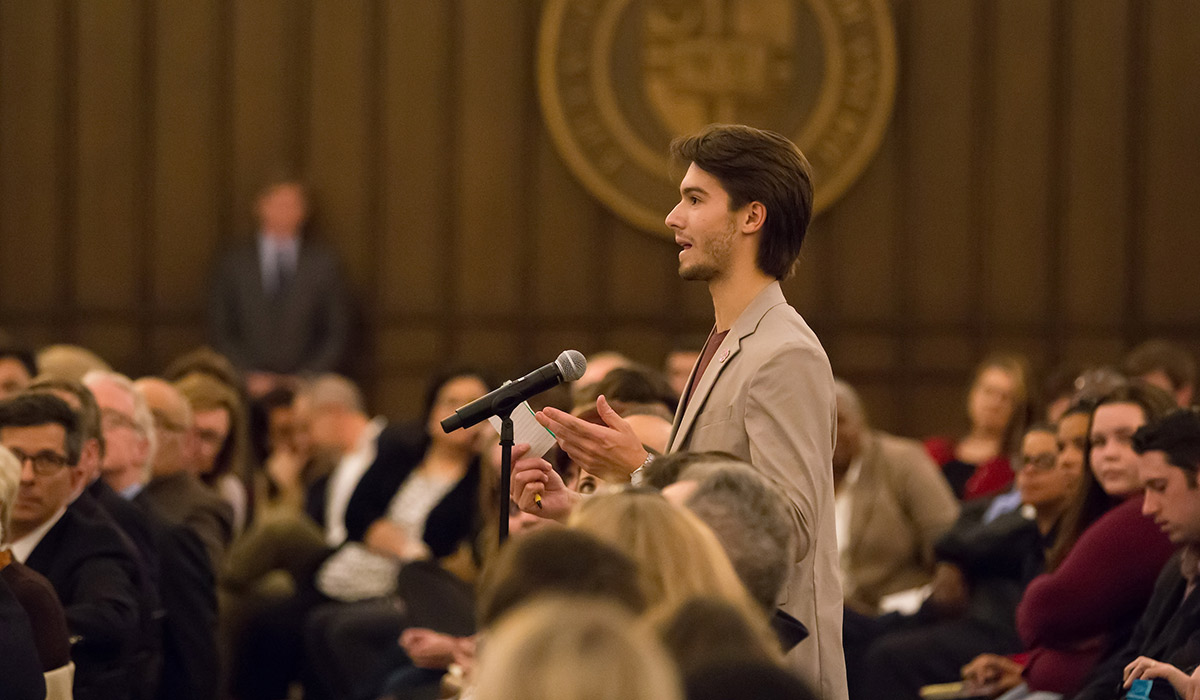 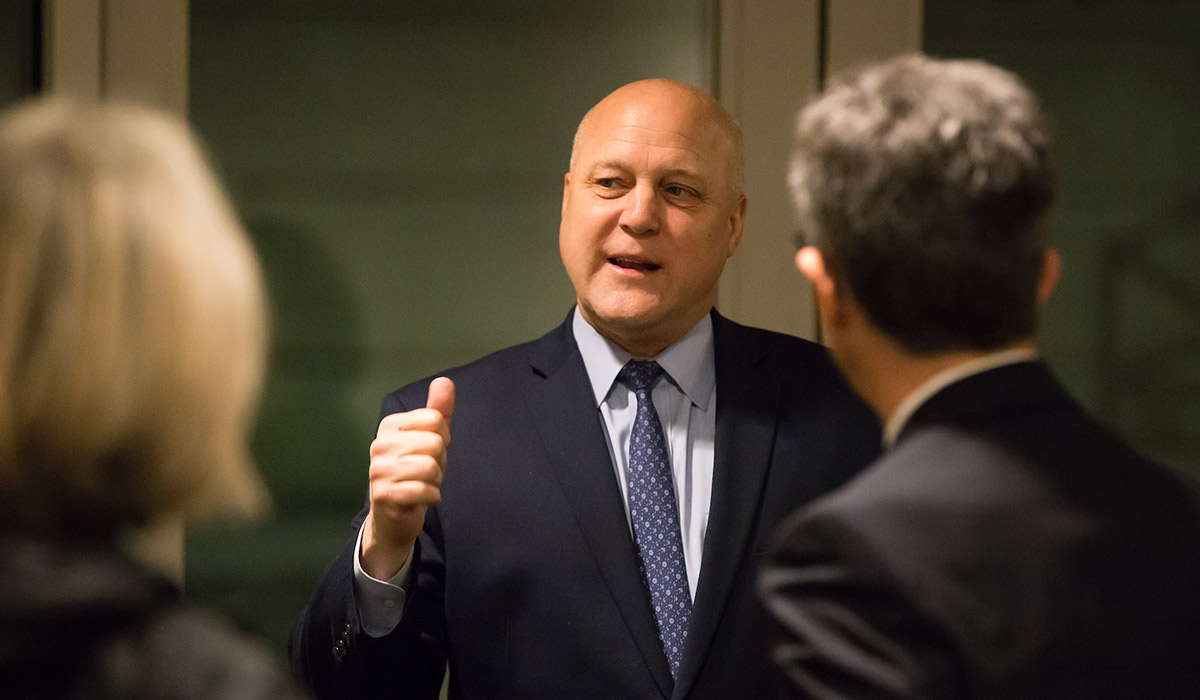 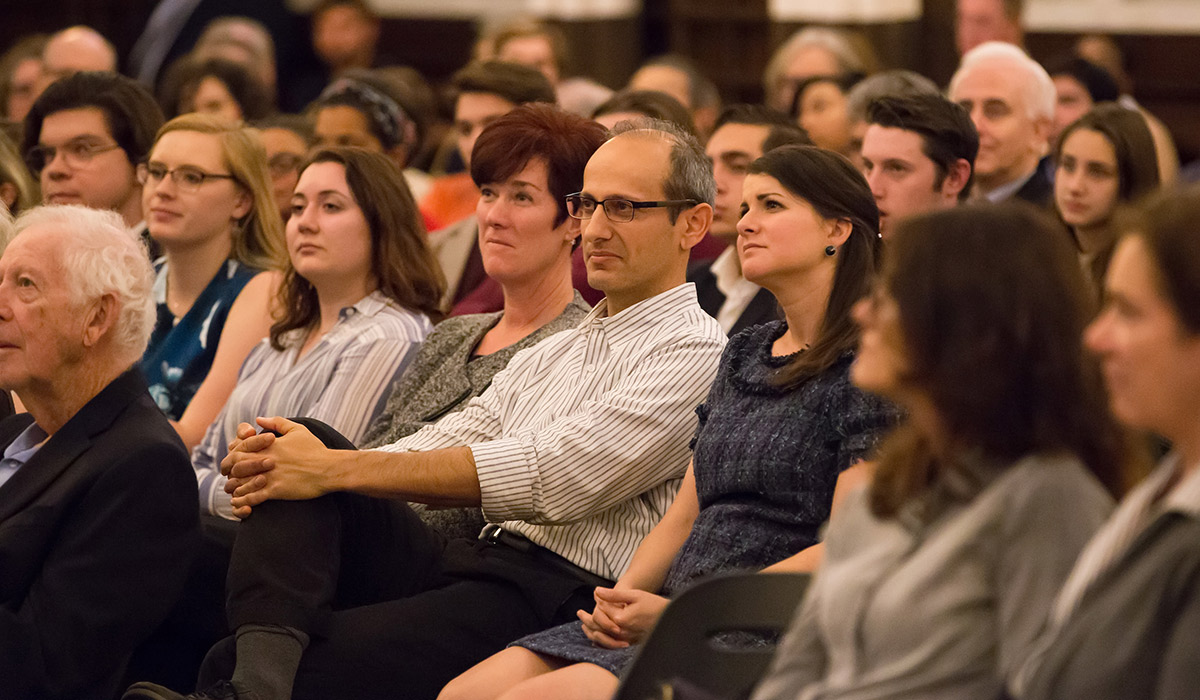