“What does history do for us? It sets the record straight,” said Timothy Meagher, associate professor of history and University archivist, during a panel discussion entitled “Immigration Debates, Past and Present,” held Dec. 5 in John K. Mullen of Denver Memorial Library.

Further, Meagher explained, history can reveal underlying problems — in the case of immigration history, for example, economic factors affecting the issue. The discussion, part of the History Matters lecture series presented by the Department of History, concluded with an affectionate toast in honor of Meagher, who is retiring at the end of this semester.

The panel of three immigration historians, also including Katherine Benton-Cohen of Georgetown University and Associate Professor Julia Young, showed that history offers riveting narratives and points to important patterns. Though the percentage of immigrants to the U.S. has remained fairly constant through the years, different populations feature more or less prominently at different times. And always, it seems, similar arguments against immigration are invoked.

“When we look back,” Young said, “[today’s immigration debate] looks sort of predictable.” When the Depression began in 1929, Young explained, anti-Mexican sentiment flared up. Previously, when the U.S. economy was booming, most people never thought much about immigration from Latin America.

Today, Mexican migrant workers are very important to the U.S. economy, particularly in the farming, dairy, and other service industries. They make up the single largest group of legal immigrants. While there are an estimated 12.7 million Mexican immigrants in the nation, over half of them are undocumented. At least 50–70% of all farm laborers in the U.S. today are undocumented, according to the American Farm Bureau Federation.

“We don’t know exactly how many dairy workers are undocumented,” Young said. “The dairy industry itself has said that it would be particularly hard hit if they were to lose those workers, and that milk prices would double. Many other industries would be severely threatened, as well, if undocumented Mexican workers were to disappear. That’s why it probably won’t happen.”

Fences have been installed along most of the U.S.-Mexico border, except in the most dangerous areas. As desperation has driven would-be migrants to venture into inhospitable terrain, deaths along the border have increased dramatically.

Young reminded listeners that until 1845, Mexico encompassed virtually all of the American Southwest, before losing over half its territory to the expanding U.S. in the Mexican–American War. It would be several more decades before most Americans began paying attention to migration from south of the border.

“We didn’t have a border patrol until 1924,” Benton-Cohen said. “Land-based migration from Canada and Mexico was so unimportant to the U.S. government that it literally did not bother to count land-crossing migrants until 1908. That is barely more than a century ago! The central issue of the midterm elections was so unimportant that we didn’t keep government statistics on it. And if you don’t keep a government statistic, that thing effectively doesn’t exist.”

Benton-Cohen focused her remarks mainly on the Dillingham Commission, made up of three U.S. senators, three members of the House, and three experts, which met from 1907 to 1911 to study immigration and ultimately issued a 41-volume report as well as policy recommendations. One of its expert members was Charles Neill, a professor of economics at Catholic University. The Dillingham Commission’s report brought a sea change in American attitudes to the power of the federal government.

If it had not been for the Irish migration prompted by the Great Famine in the 19th century, Meagher said, he would probably not be here today. Two of the founders of Catholic University, he added, were refugees from the Irish famine: Cardinal James Gibbons and Archbishop John Ireland. So was the University’s first rector, Bishop John Keane.

“Irish immigrants had a very tough time in America,” Meagher explained. “They come from an economy that is kind of like a zero-sum game, where if you get better, I get worse. It cultivates communal solidarity and not individual initiative. And so when they get to the United States, they don’t have any industrial skills. They don’t have any capital and they also have attitudes that don’t work well in the United States.”

Nevertheless, Meagher explained, the Irish were a successful immigrant group on the whole, reaching high levels of educational achievement. One Irish immigrant, John Mackay, became the richest man in America — and possibly the world — when he became an owner of the famed Comstock Lode of silver ore in Nevada. His children married European nobility. 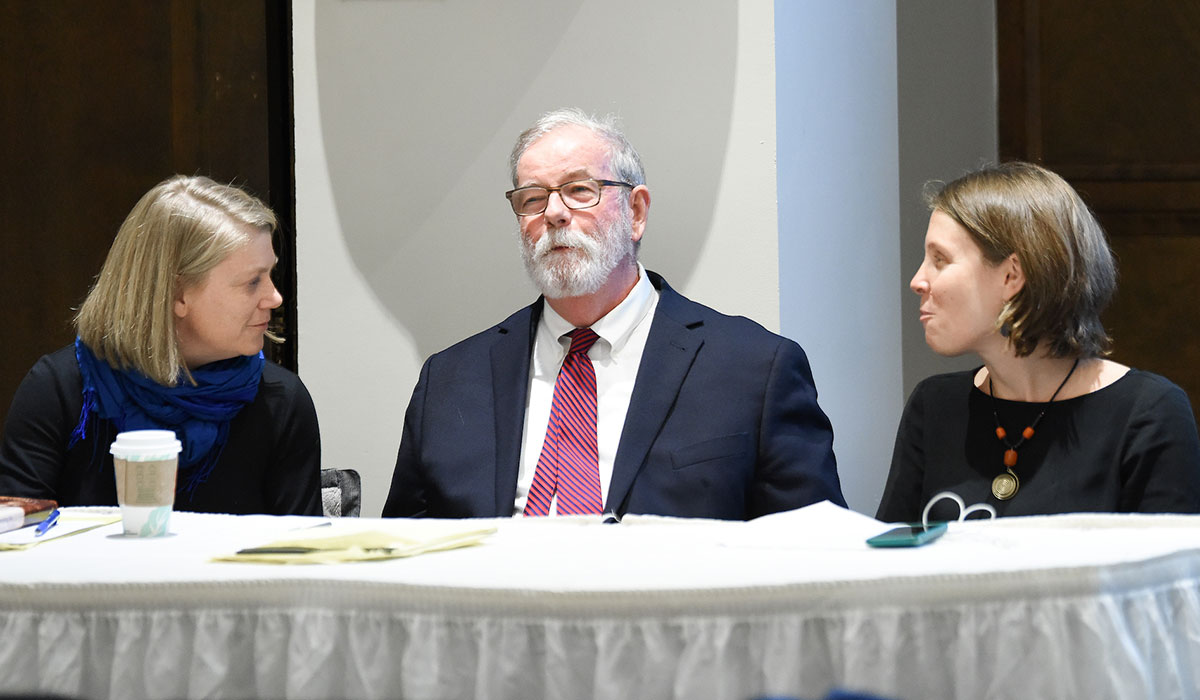 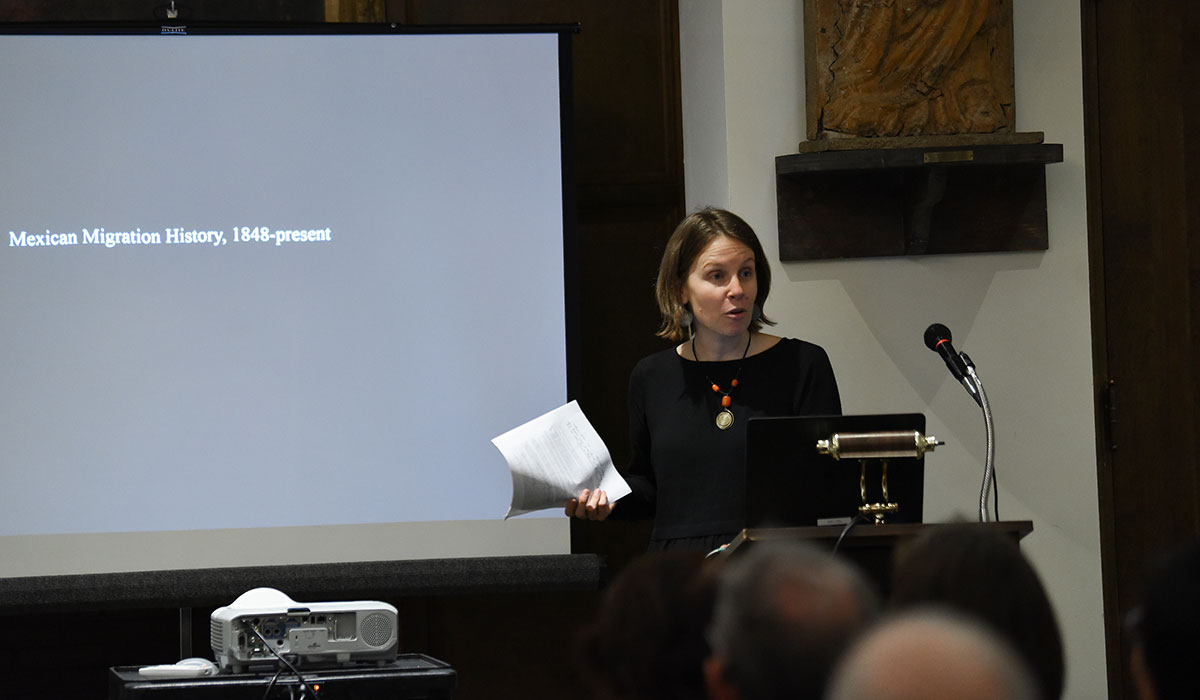 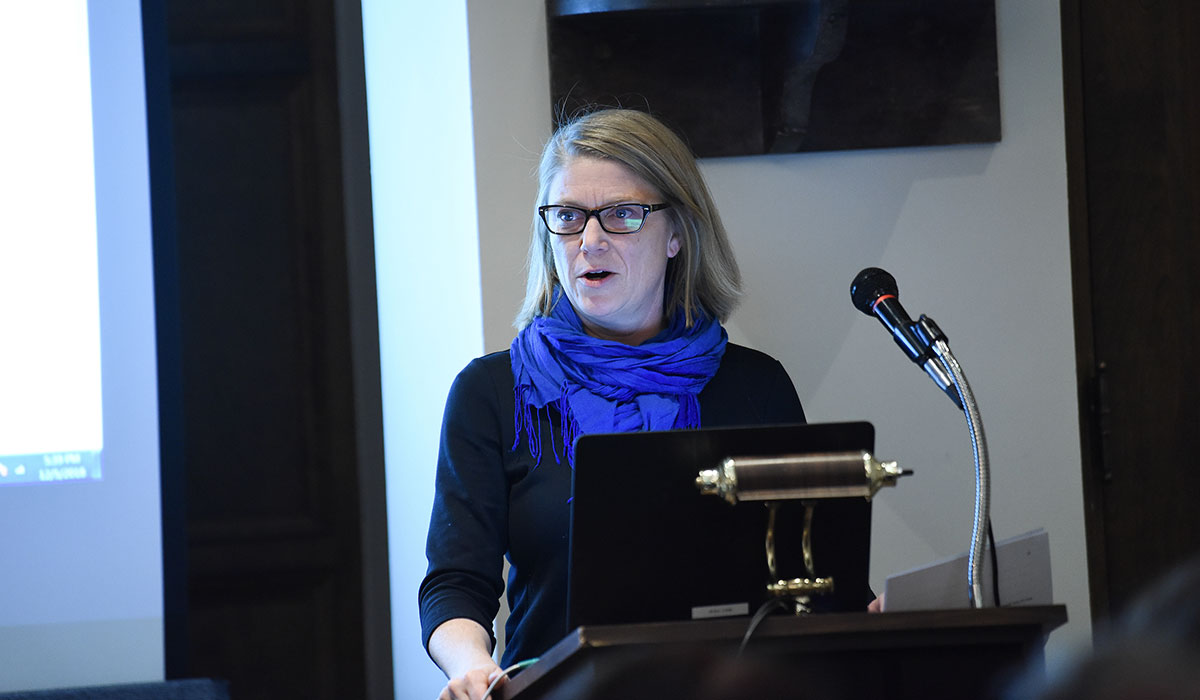 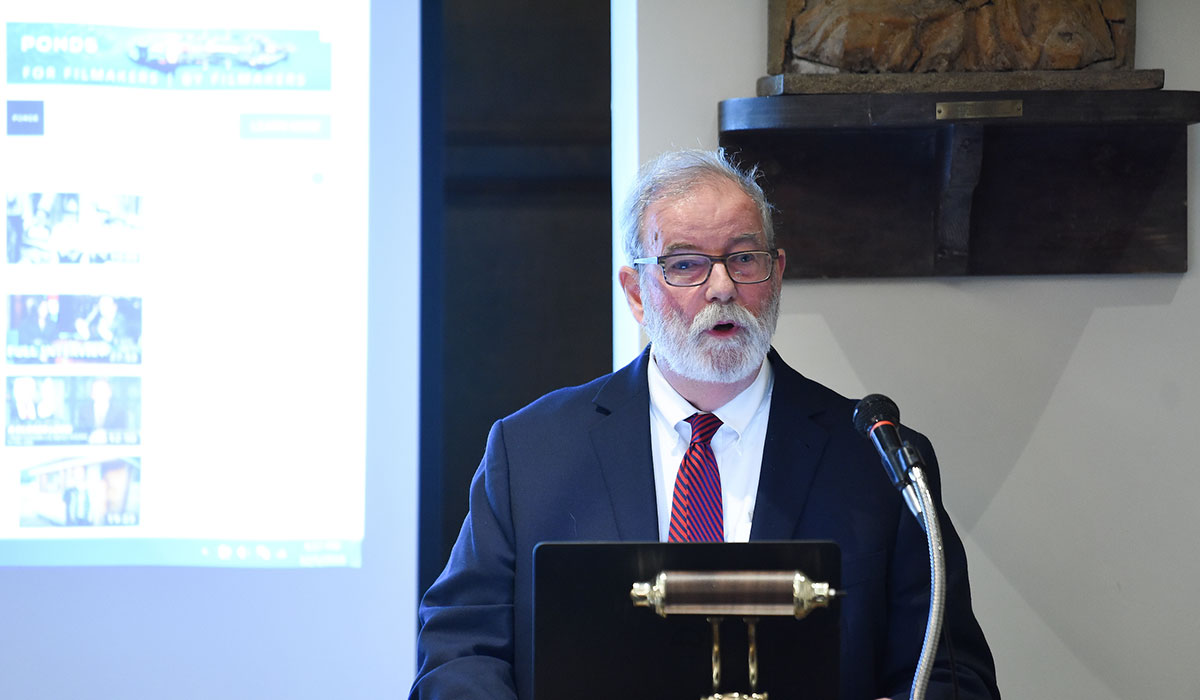 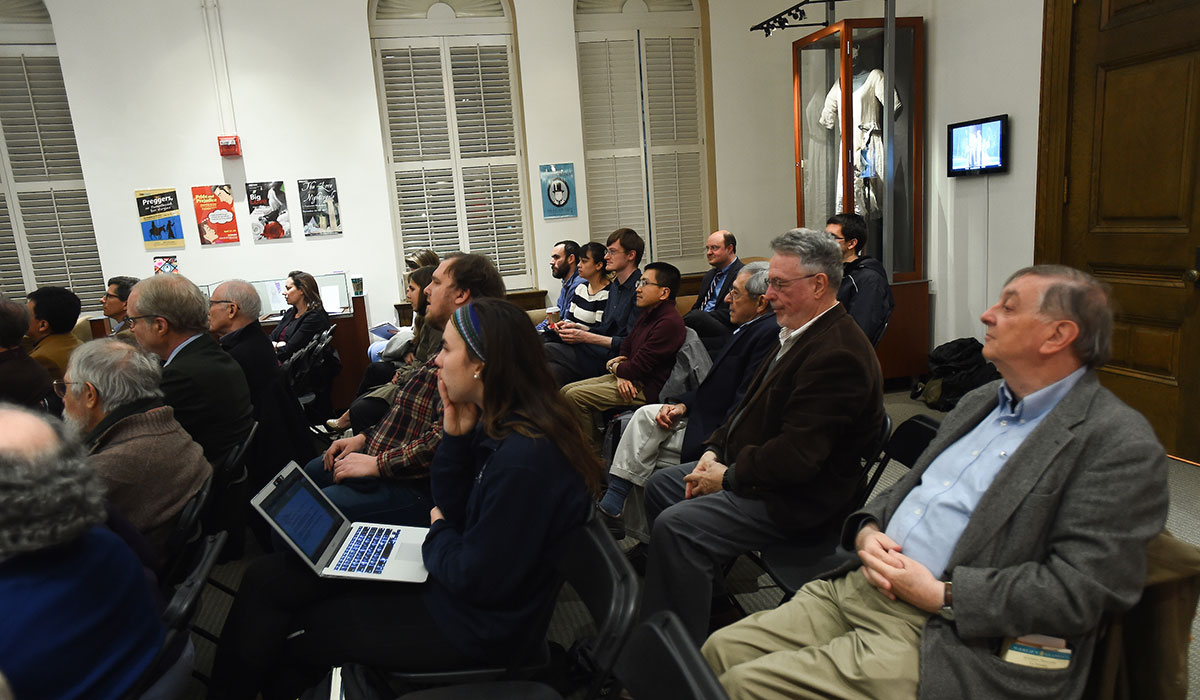 A crowd in Mullen Library listens to an immigration discussion