The Catholic University of America introduced a new policy this year: cancel classes during the March for Life to encourage faculty and student participation.

Catholic University, the national university of the Catholic Church in America, has participated in every March for Life since its beginning in January 1974, one year after the Supreme Court made abortion legal and on-demand in Roe v. Wade. 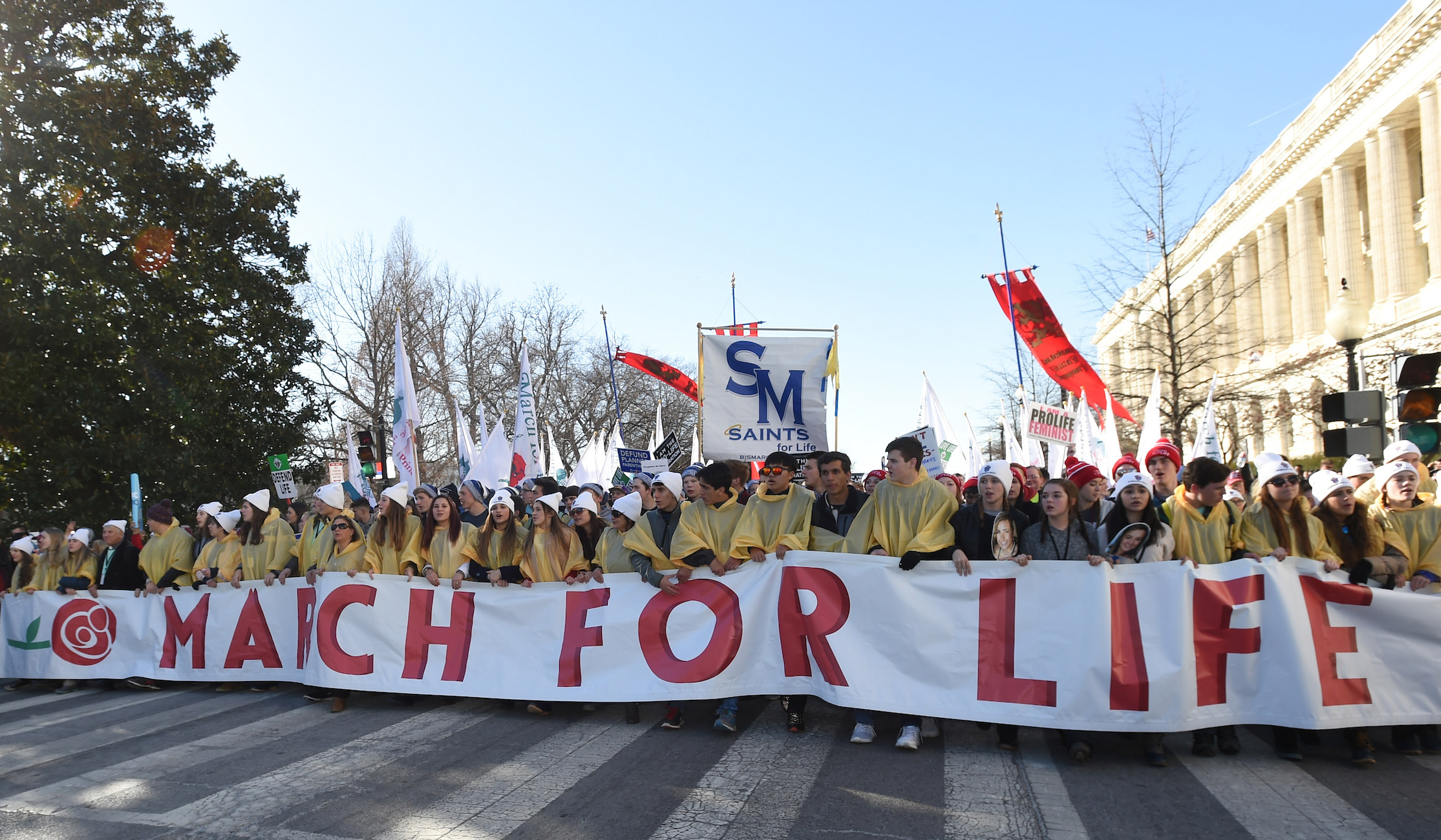 In previous years, the administration has accommodated participation by counting the March as an excused absence. President Garvey announced the new policy to the University community in a December email, saying he welcomed “a simpler approach.”

President Garvey hopes the change, first announced through the Office of the Provost, “will make the decision easier for students who don’t want to miss class.”

In addition to cancelled classes, Catholic U students enjoy the easiest transportation to the March for Life of any university in the country: the campus Metro station (Brookland/ CUA) is just three stops from Union Station.

The policy affirms Catholic University’s commitment to life and its participation in the annual March. Every year the University hosts thousands of high school students overnight in advance of the March. In addition to serving as hospitality ministers to these visitors, Catholic University students also serve as ushers at the National Prayer Vigil for Life, where thousands of pilgrims gather to celebrate Mass the night before the March.

In 2016, the March for Life organizers asked Catholic University students to lead the March. They carried the banner at the front of a crowd numbering 100,000 people.

This Friday, Jan. 18, the University community will gather in O’Connell Hall at 11 a.m. for a brief assembly before departing as a group to the March. 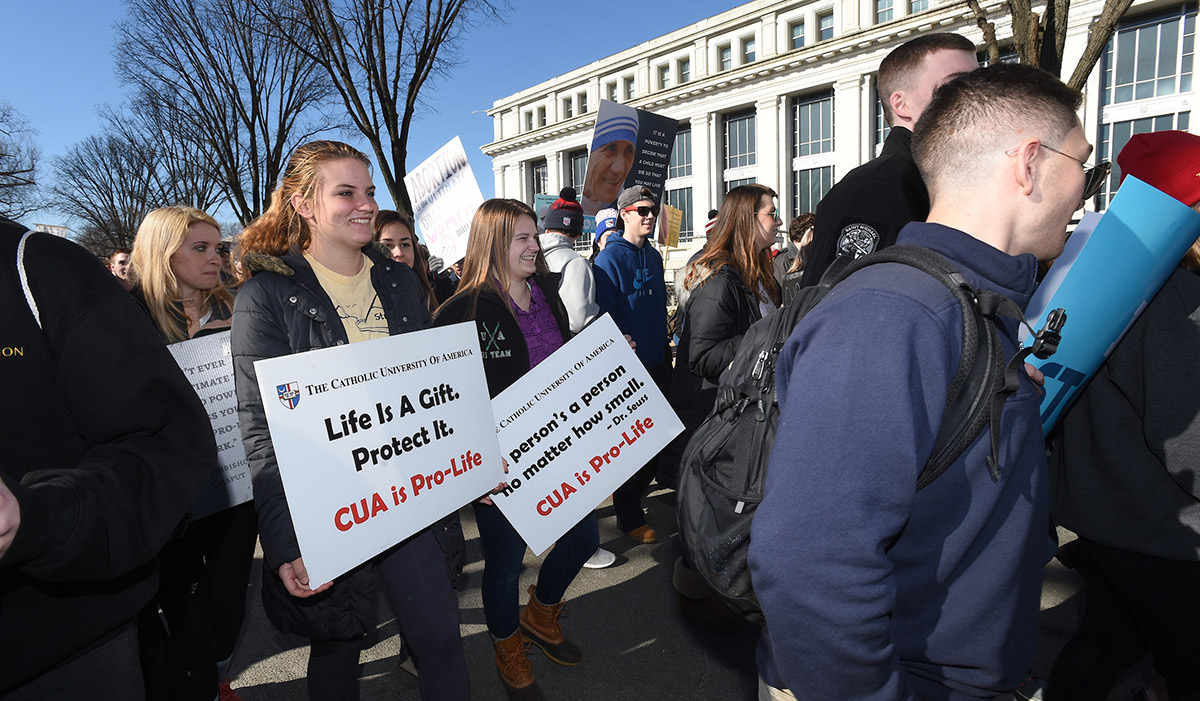 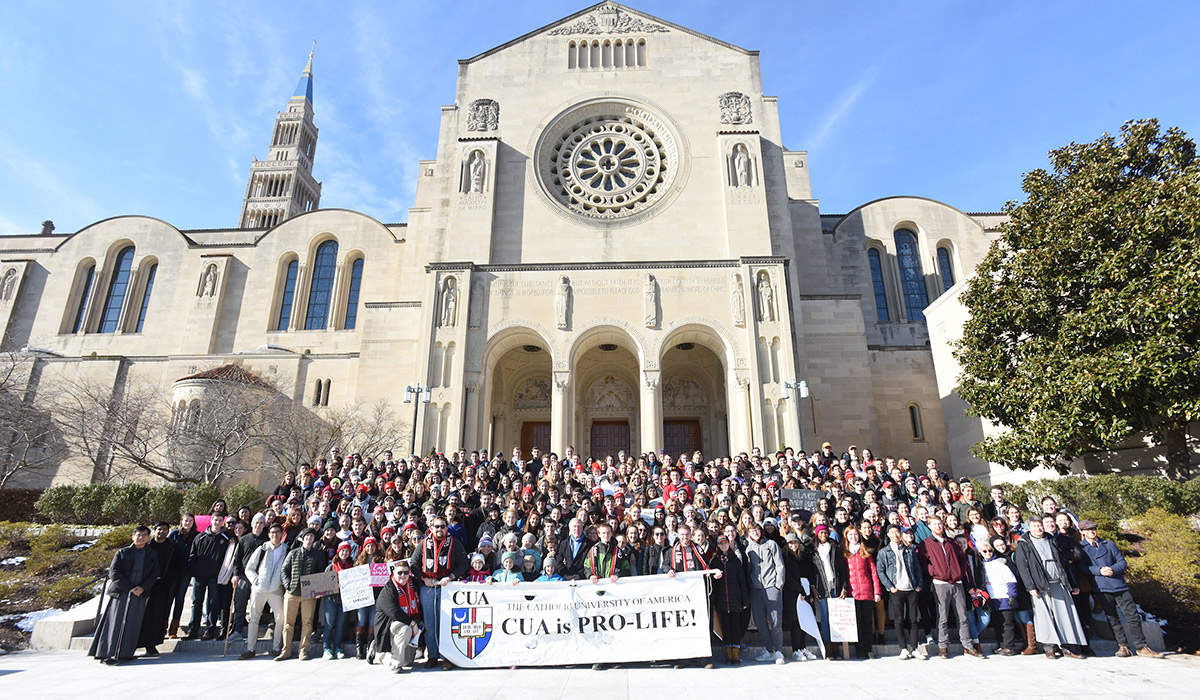 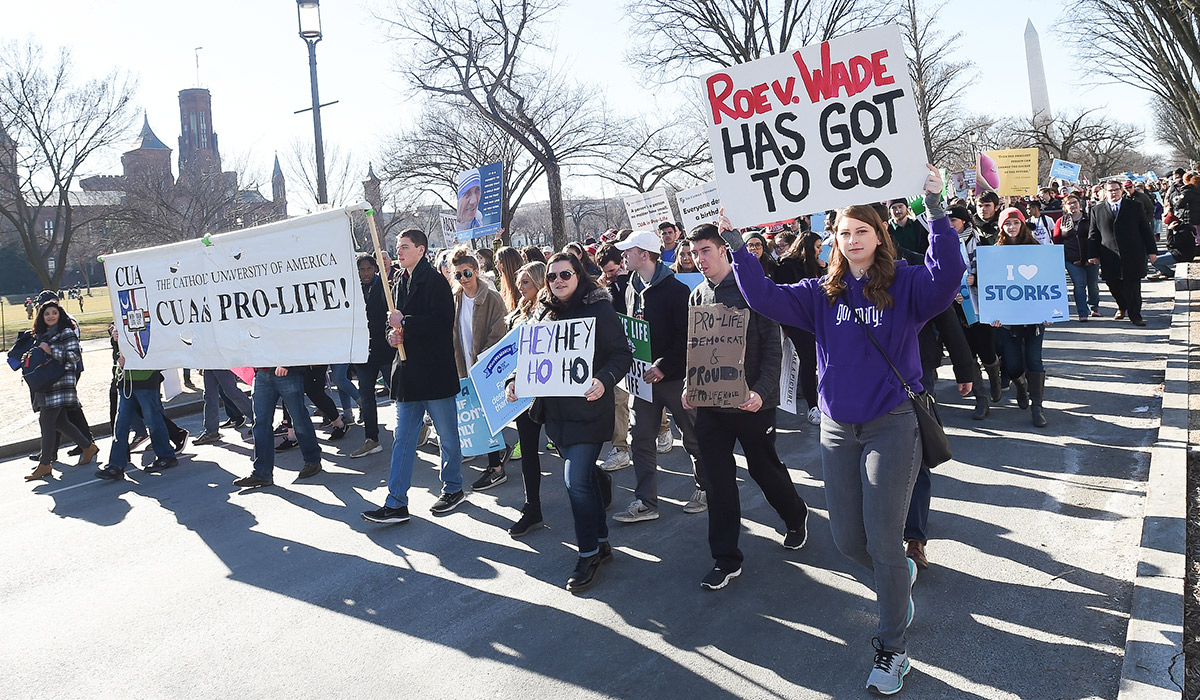 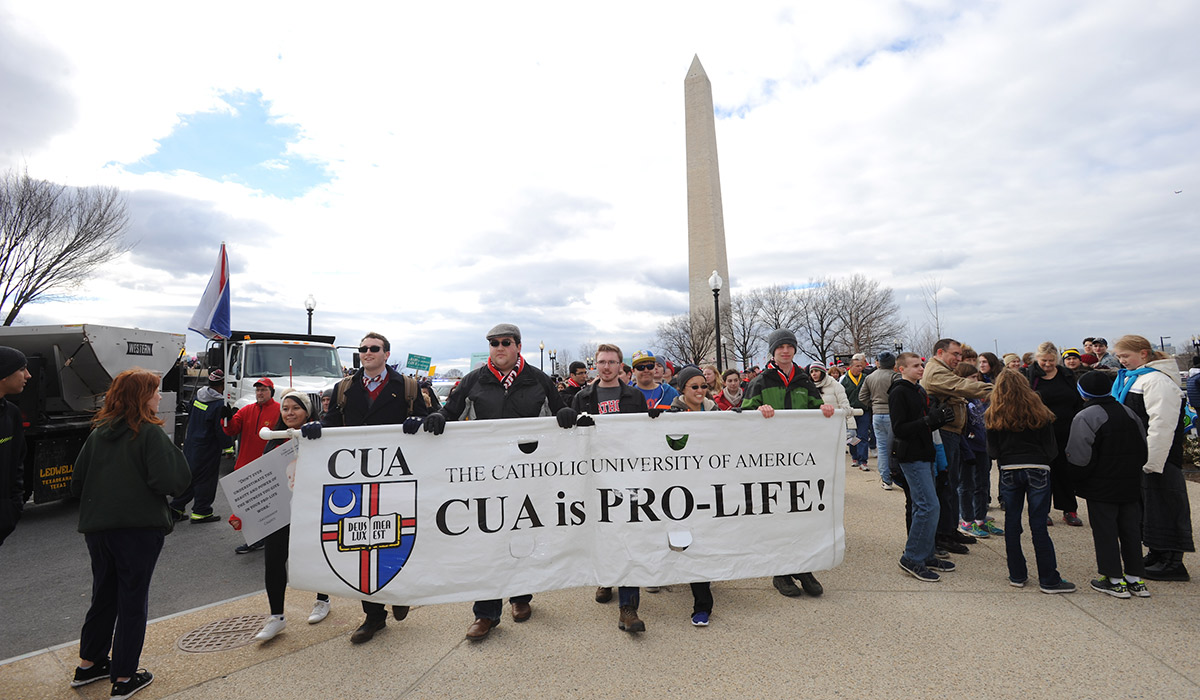 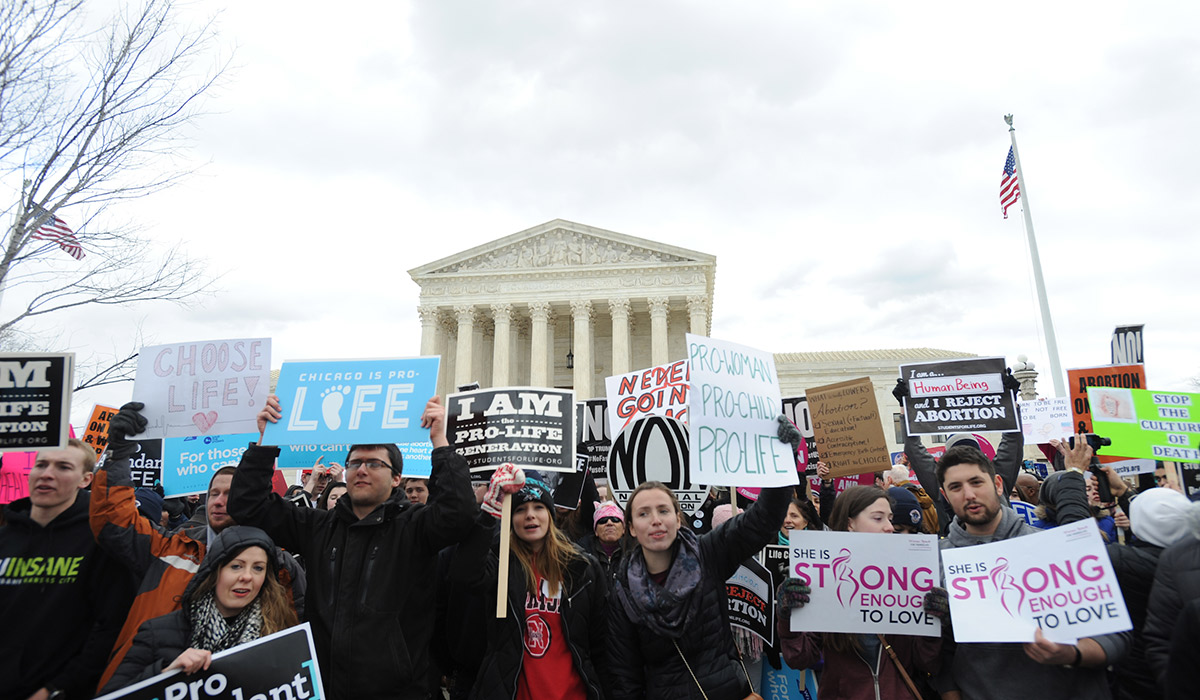 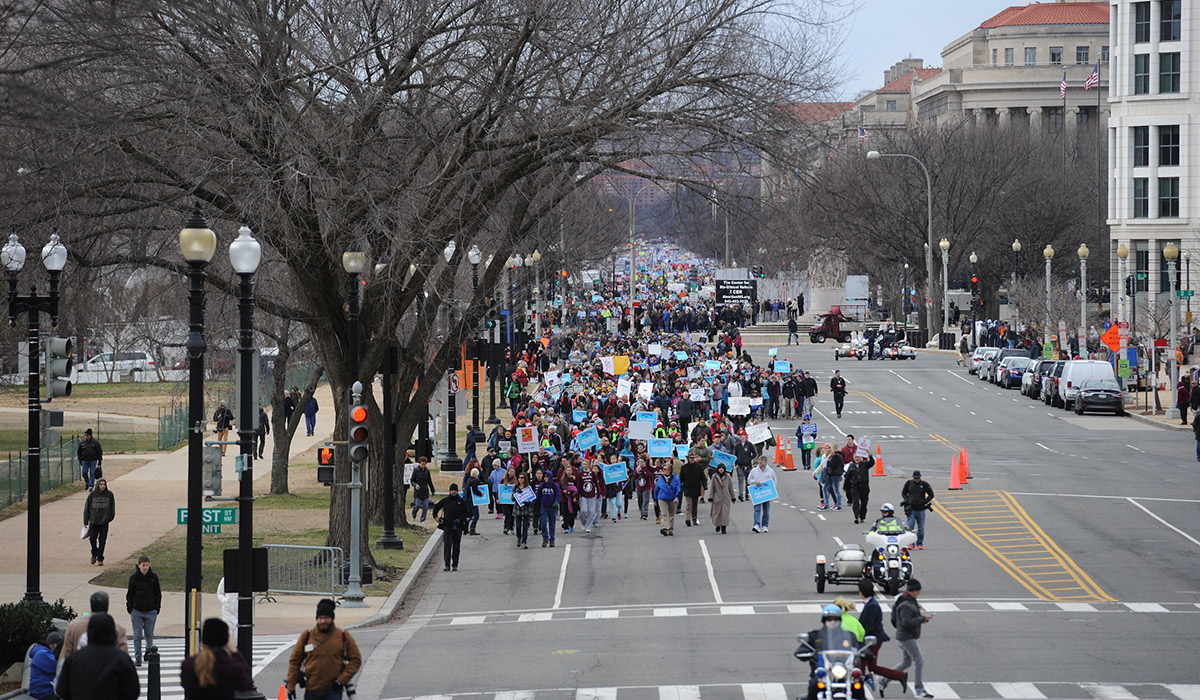 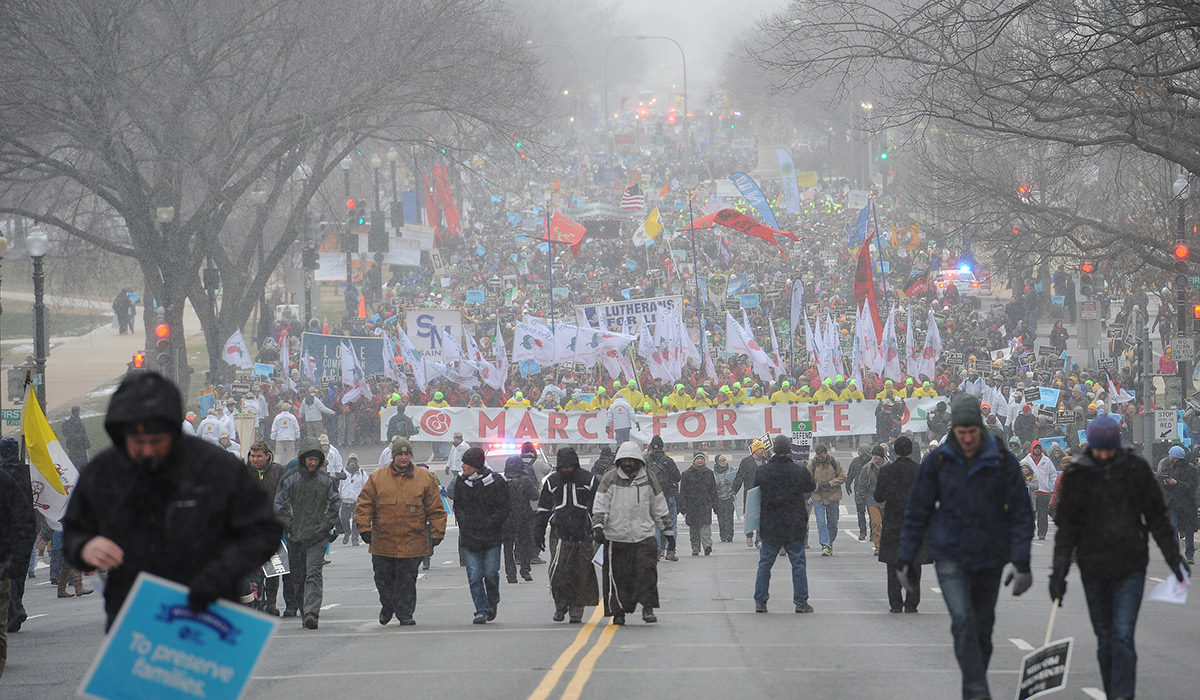 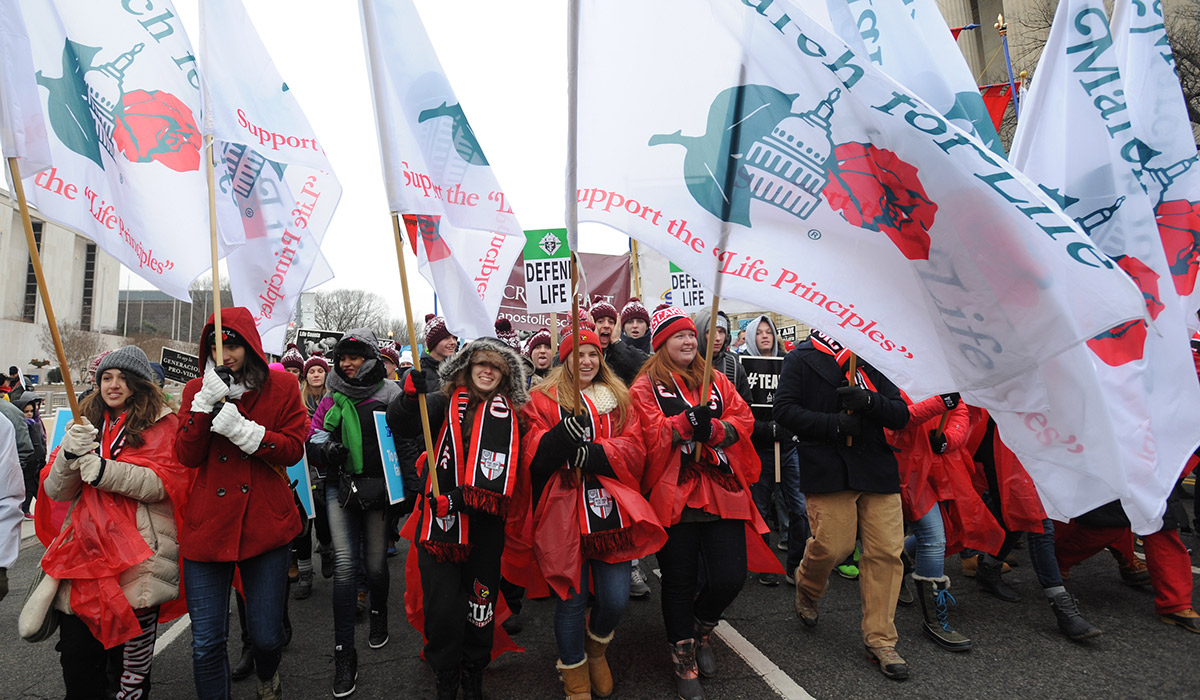