Experts Work to Untangle the Crisis in the Church 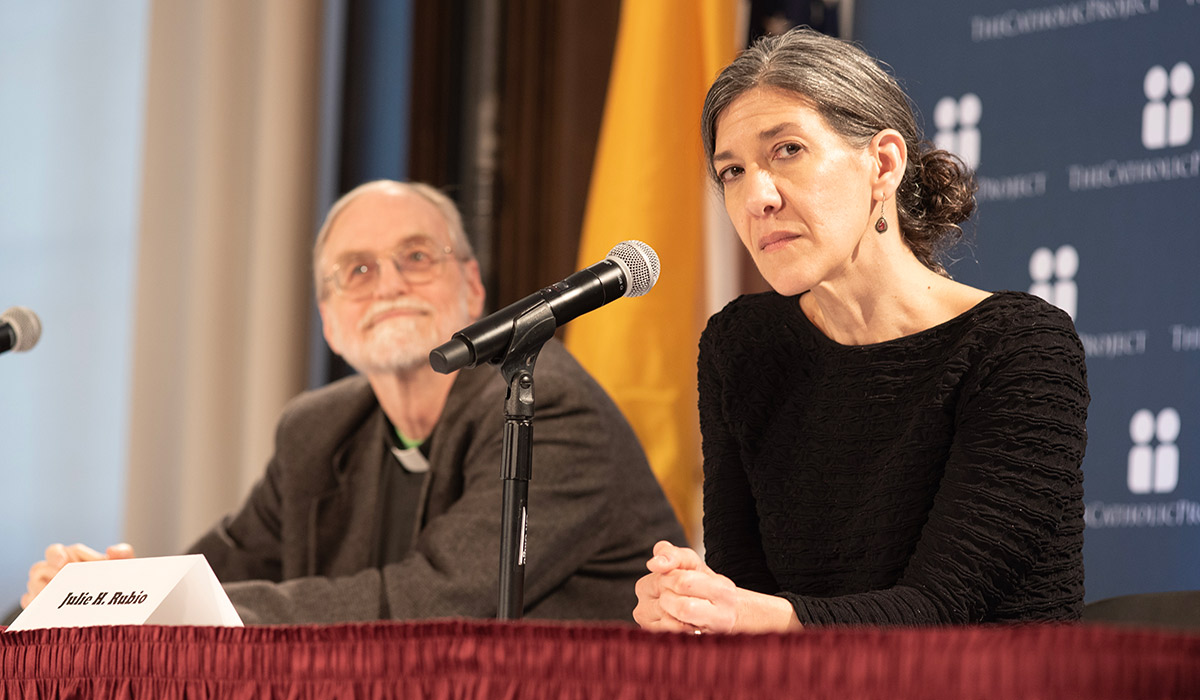 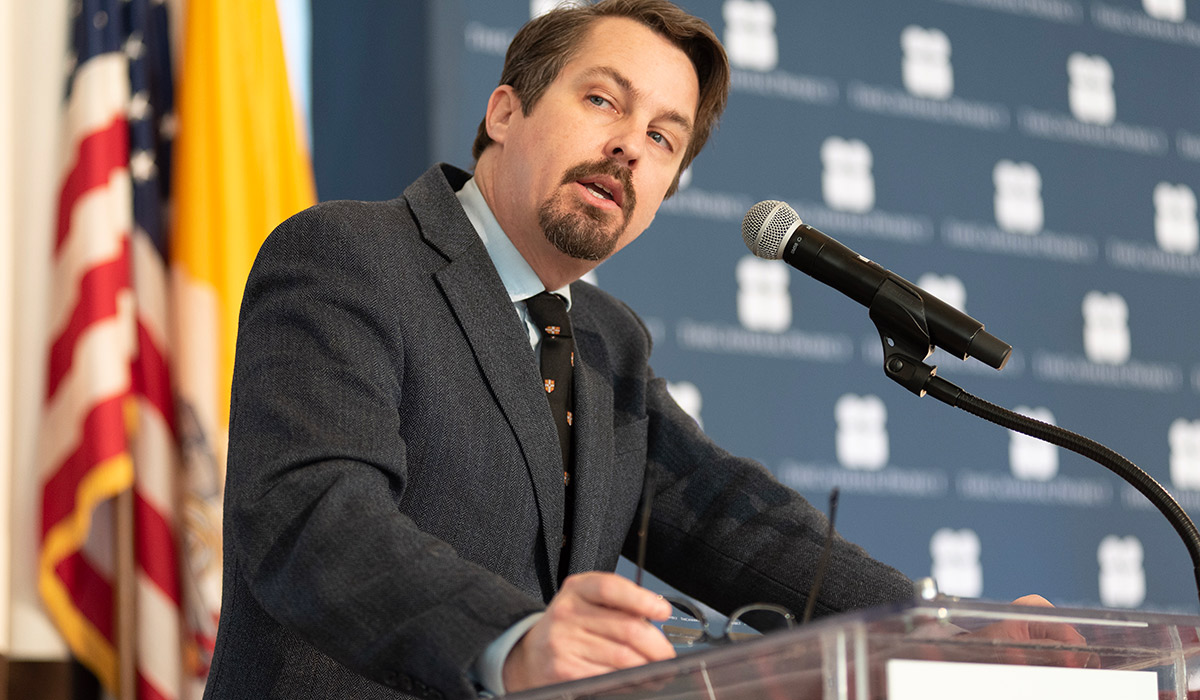 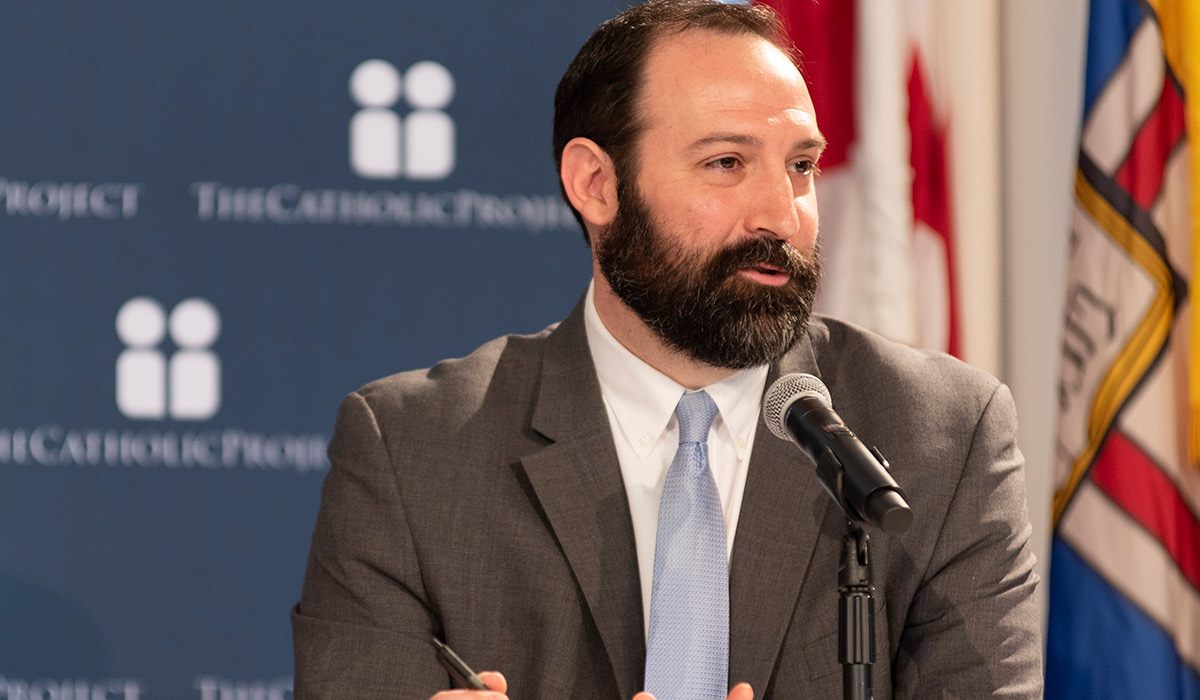 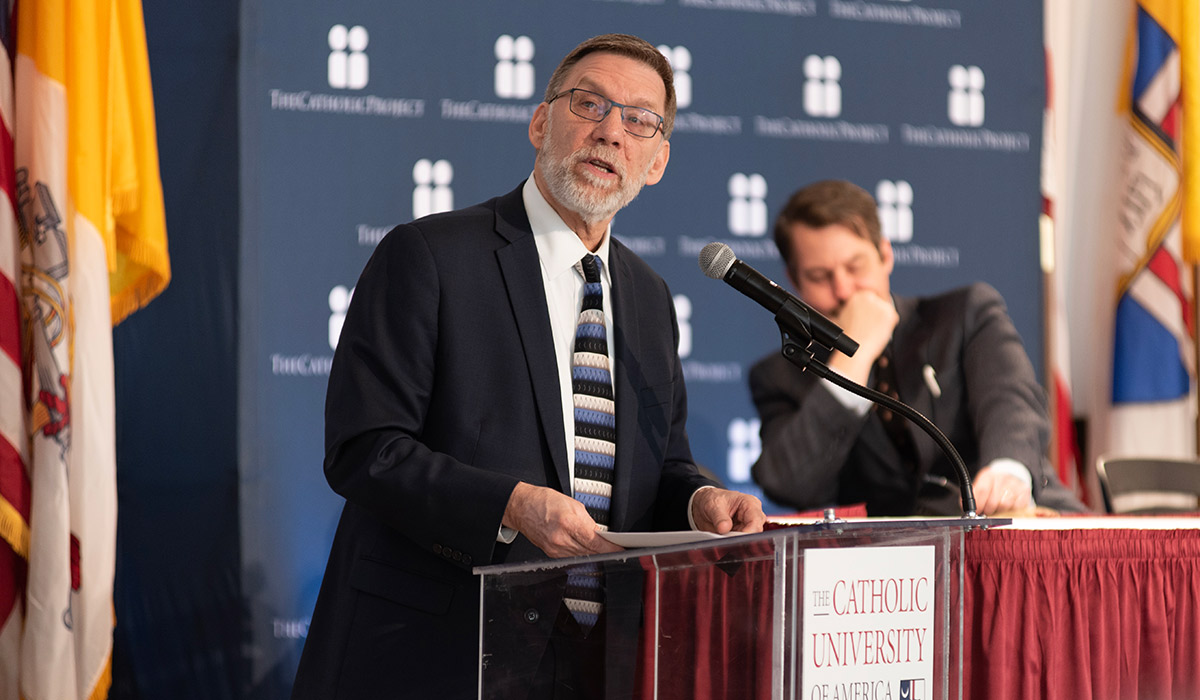 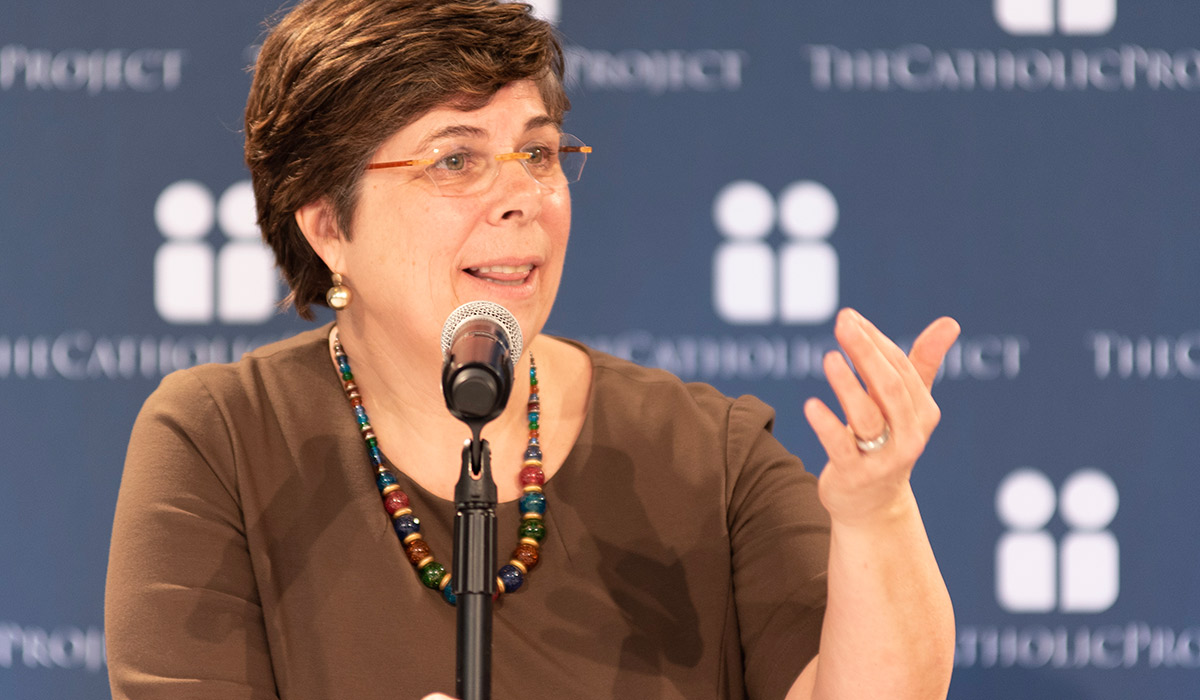 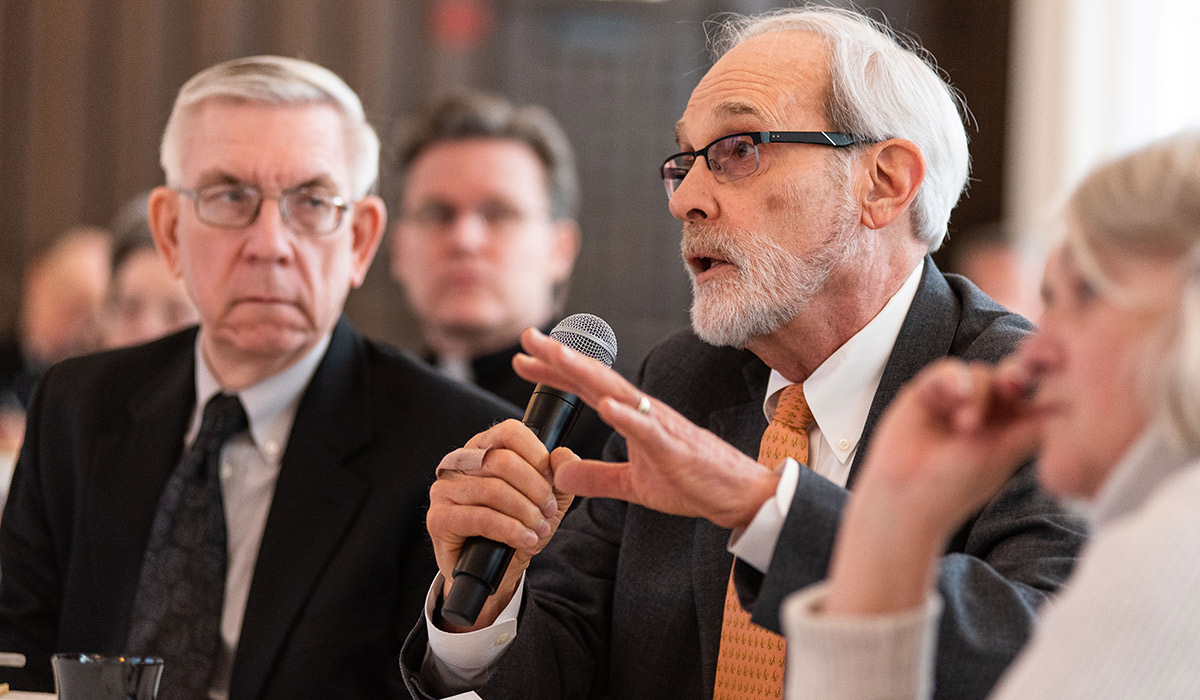 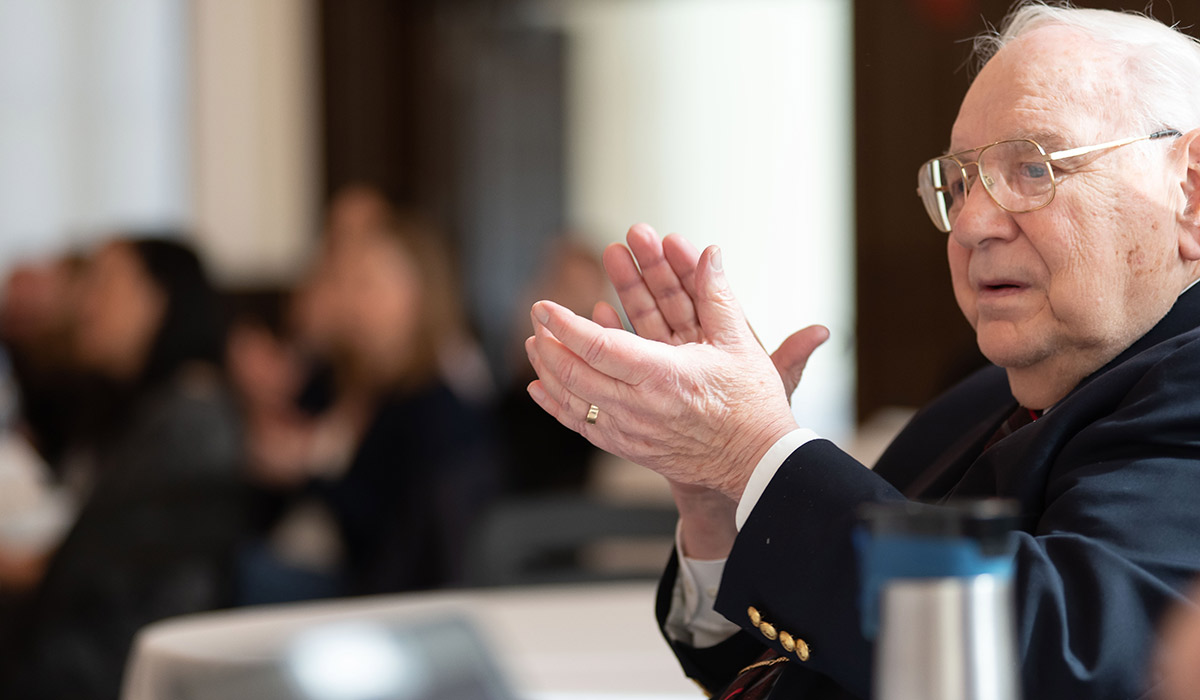 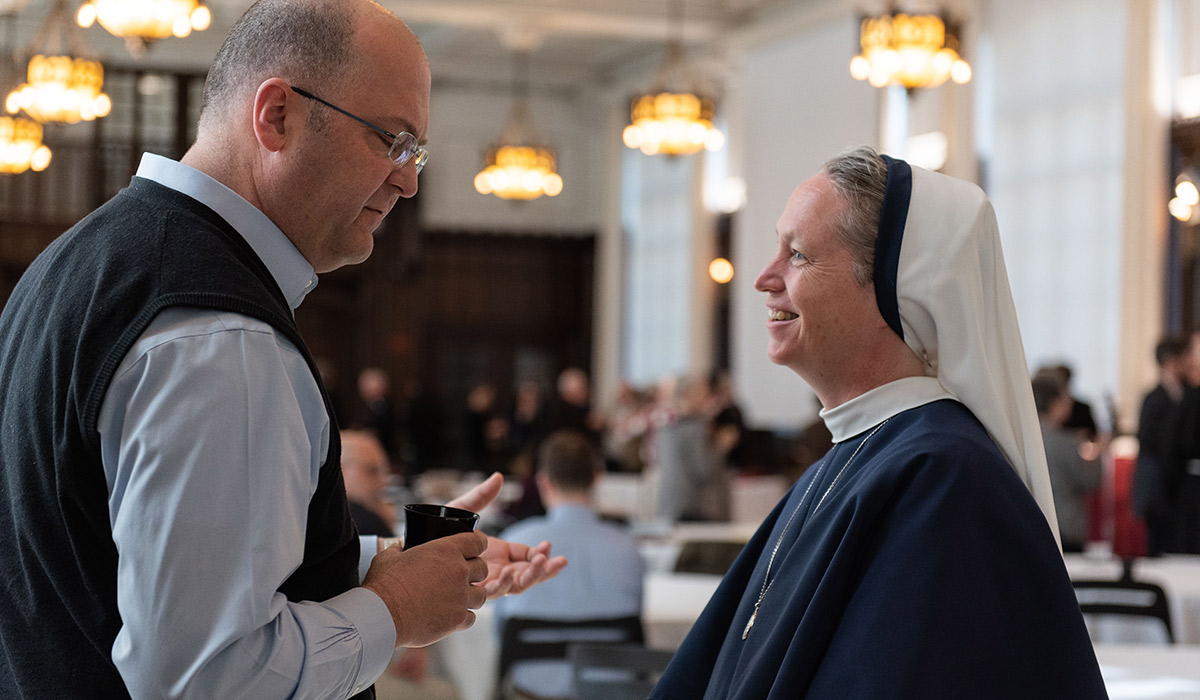 The destruction wrought by the Catholic Church’s sexual abuse crisis is impossible to deny. But what actually caused it to begin with?

To tackle this question, experts in the fields of theology, sociology, management, gender, and journalism gathered at The Catholic University of America on March 26 for “What’s Really Going On? The Root Causes of the Current Crisis.” The third in a series of “Healing the Breach of Trust” events, the conference was sponsored by The Catholic Project, a Catholic University initiative dedicated to healing within the church.

Stephen White, executive director of The Catholic Project, kicked off the day’s discussions by attributing the current crisis to a “diabolical tangle” of issues related to sexuality, clericalism, power, and deceit.

“Clear careful thinking about complicated problems is especially difficult and especially necessary at a time so charged with anger and emotion,” White said. “Understanding how we got into this tangle is a critically important part of finding our way out.”

In her opening remarks for the day, Associate Professor of Theology Susan Timoney compared the current crisis to the events of 2002, and said that back then, it “seemed clear what needed to be done” in terms of increased background checks and new child protection policies. The 2018 crisis, she said, brought to light “much deeper and more complex issues” related to the “toxic mix of power and sex.”

“We can feel defeated by this toxic combination,” Timoney said. “We should not only expect something different [in the Church], but we should recognize sin for what it is and address it as such.”

In the discussion panels that followed, speakers tried to explain factors which may have contributed to the crisis. Boston College Professor Richard Gaillardetz and Chad Pecknold, associate professor of theology, explained how clericalism and careerism within the clergy may have resulted in a culture of secrecy and cover-ups related to sexual misconduct. One way to fix this, Gaillardetz said, might be a greater emphasis on shared responsibility between priests and laypeople in the Church, and an increased emphasis on the universal call to priesthood all Catholics participate in through baptism.

Pecknold said he attributes the crisis to a culture of spiritual fatherlessness, and a rise in cultural and liturgical relativism. He suggested that it is only through humbling ourselves and turning our “interior altars to him” that the Church will be able to recover and heal.

During a panel which was moderated by Sociology Professor Brandon Vaidyanathan, management professors Gary Weaver (University of Delaware) and Michael Edward Brown (Penn State University) attributed the crisis to a lack of ethical leadership and poor organizational management within the church, in which people might fear being punished for reporting bad behaviors. In addition to new rules and procedures, the two men suggested the Church will also need more subtle cultural changes when it comes to long-expected social norms and attitudes regarding clergy members.

“Simply focusing on rules and monitoring disciplines alone can lead to people adopting unhelpful ‘don’t get caught’ attitudes,” said Weaver. “That can also lead to perceptions where people think they can do the wrong thing and push blame. When those kinds of perceptions are afoot, the organizational results are usually worse, not better behavior.”

During the afternoon, Rev. Paul Sullins, a retired professor of sociology, shared data that he believes to show correlations between homosexuality and abuse within the Church. Julie Rubio, a professor of theological studies at the Jesuit School of Theology of Santa Clara University, placed the Church crisis within the larger context of the Me Too Movement, explaining how abusers use sexual violence to exert their power. While the abuse crisis in the United States seems to include men abusing mostly other men and boys, she noted that the abuse crisis in other parts of the world often involves clergy abusing women and religious sisters.

A possible solution for abuse in the Church, Rubio said, would be a more holistic formation for seminarians with regards to “living celibacy,” in which priests and seminarians are not taught to ignore their sexual and relational needs, but to seek intimacy and relationships in other ways.

The conference concluded with a discussion among Catholic journalists about media coverage of the ongoing crisis. That panel included Greg Erlandson, editor in chief and director of Catholic News Service; Jeanette DeMelo, editor in chief for National Catholic Register; and Rev. Matt Malone, S.J., president and editor in chief of America Media.

The final Healing the Breach conference, “The Way Forward: Principles for Effective Lay Action,” will take place on April 25 at Catholic University, with a keynote presentation by Detroit Archbishop Allen Vigneron. For more information on this conference, The Catholic Project, and other Catholic University initiatives responding to the sexual abuse crisis, visit thecatholicproject.org.

— Katie Bahr, Assistant Director of Communications and Media Relations. Bahr can be reached at bahr@cua.edu.