New Paths to Find Your Way at CatholicU 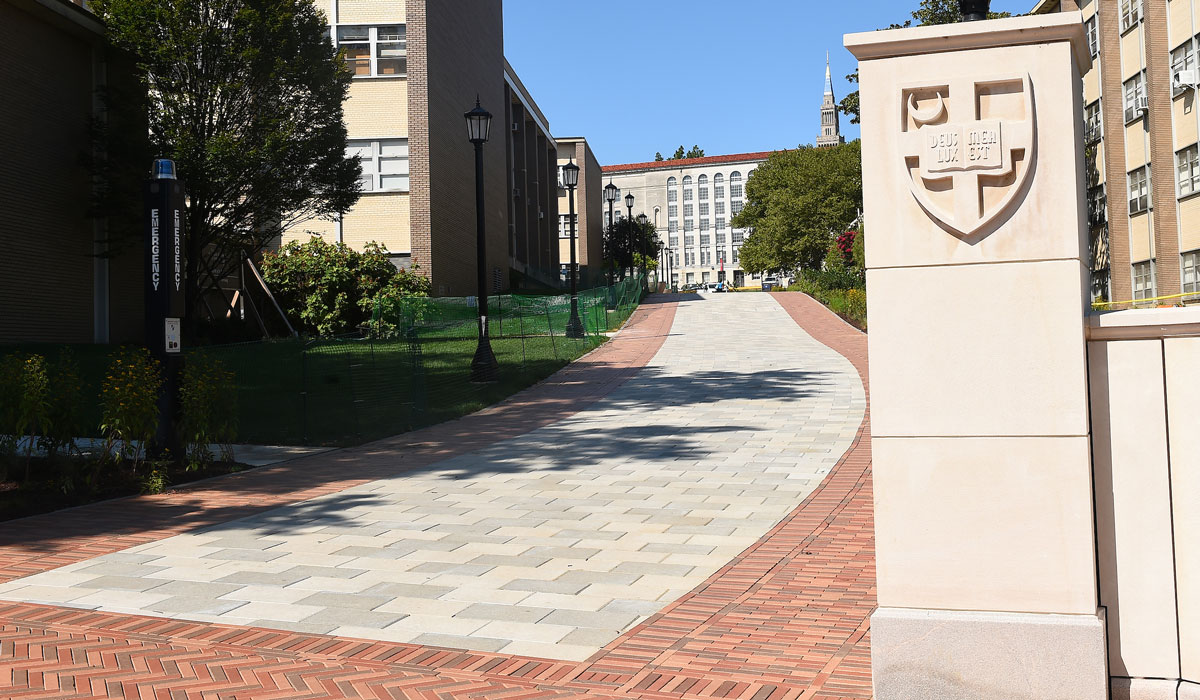 Some on campus have begun to notice new addresses appearing on doorways. Affixed on the front doors of Aquinas Hall, “3885 Observatory Walk.”

A major milestone in a wayfinding project outlined in the 2012 Master Plan is coming to fruition as wayfinding signage is installed across campus to name roads and major walkways on campus and to give directional addresses to buildings.

Until recently, visitors to campus were all given a single address, 620 Michigan Avenue, N.E., and then had to rely on descriptive directions to find their destinations.

Through a two-year-long process, a team of university staff — led by University Architect Debra Nauta-Rodriguez and consultants from Cloud Gehshan, an environmental branding, signage, and wayfinding firm — identified major campus pathways, proposed names to University leadership, finalized the names, and had them approved by the city.

While all buildings on campus will continue to use 620 Michigan Avenue, N.E., as their mailing address, the new directional address for campus buildings will be used so that visitors can more easily find exact building locations. (View the interactive campus map.)

Road and walkway names were chosen to highlight the history and mission of the University. Click on the links below to view related stories from University Archives.

In addition to naming roads and walkways, the University is also improving wayfinding by installing more, graphically improved directional signage. Major campus entrances (7th Street, 4th Street, and the enttance near the Metro) will have maps with directions to the most  commonly visited spaces (Admission, the Pryzbyla Center, auditoriums, and chapels). Directional signage will also be installed at major crossroads.

New “shared use paths” (primarily pedestrian paths that are sometimes used by service vehicles) include:

Campus occupants should be mindful of the following stipulations when providing their address:

Campus occupants should be mindful of the following stipulations when providing their address: