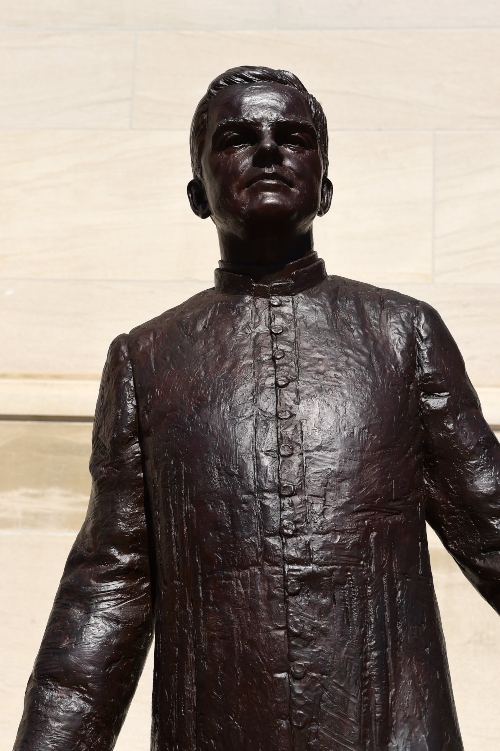 As the eyes of the faithful turn toward Hartford, Ct., in preparation for the beatification of Rev. Michael McGivney, a historian in the School of Theology and Religious Studies at The Catholic University of America (CatholicU) shares a lesser-known look at the American parish priest.

McGivney is widely regarded as the founder of the Knights of Columbus, the world’s largest lay Catholic organization for men; however, a special collection on his legacy held in the American Catholic History Research Center and University Archives examines his lasting impact on 20th century women, known today as the Catholic Daughters of the Americas.

Passionate about providing opportunities for fellowship beyond the parish boundary, McGivney sought morally-positive alternatives to secret societies of the time.  The first Knights of Columbus council not only received sick benefits and life insurances, but they also enjoyed the fraternal benefits of socialization organized by a priest deeply involved in parish life.  The energy Father McGivney poured into the Knights can be encountered in a collection of writings from the Catholic Daughters of America, a women’s organization formed in 1903 under the same principles that guide the Knights: “Unity and Charity.”

“The Daughters promoted a vision of Catholic womanhood that echoed McGivney’s love of the family and his intellectual respect for the educated women he encountered,” says Maria Cecilia Ulrickson, assistant professor of American Church History at CatholicU and researcher of the archive’s collections of the early activity of the Knights of Columbus and the Catholic Daughters of the Americas.

“The early Daughters used their courts (equivalent to Knights’ councils) to direct their own social safety nets.  They hosted lectures on womanhood, travel, and Catholic worship all the while organizing picnics, banquets, and dramatic performances. The organization took on the responsibility of caring for the sick and orphaned Catholics in their towns, offered burial benefits for members in good standing, and their monthly newsletter circulated prayers for the repose of deceased members. Their unity looked much like the parish life that attracted the faithful to McGivney’s parishes,” continued Ulrickson.

“Father McGivney can be credited with inspiring generations of both male and female members of the laity to extraordinary acts of service and charity,” says Very Rev. Mark Morozowich, dean of the School of Theology and Religious Studies. “His visionary leadership focusing on active lay involvement serves as a precursor and model of the Second Vatican Council’s call for an active and engaged lay involvement in the life of the church.”

Father McGivney’s beatification is set to take place on October 31 during a special Mass at the Cathedral of St. Joseph in Hartford.