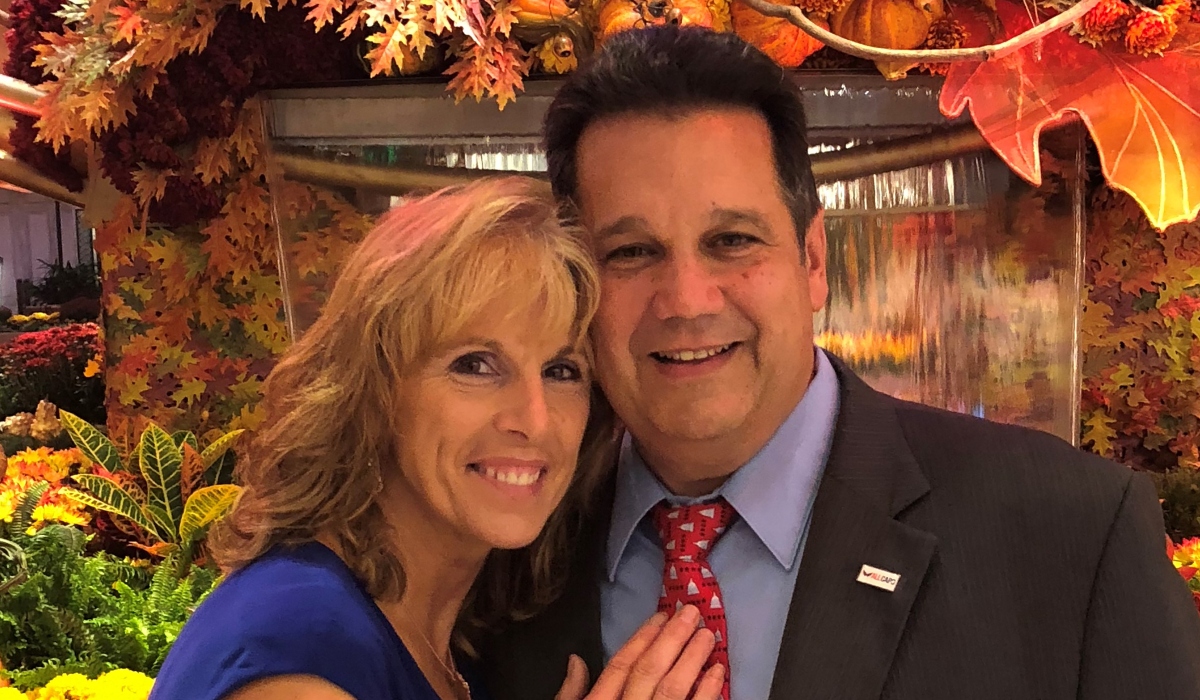 For the past 37 years, Vinny, B.M.E. 1983, and Ellen Sica have been dedicated supporters of Catholic University, generously sharing their time, talent, and treasure. This August, they continued that tradition by bequeathing $5 million to the University in support of the School of Engineering and the Cardinal football program.

Vinny made his first gift to the University in the fall of 1983, and he’s continued to give what he can every year since then. Over time, the couple began to make larger gifts, funding two scholarships and consistently supporting the School of Engineering and Cardinal Athletics. They are part of the 1887 Society, which recognizes leadership annual donors, and Vinny and Ellen even have their own dedicated booth at Murphy’s.

“I just kind of assumed that everybody gave something to their alma mater when they graduated. It didn’t have to be a significant number. So I gave what I could, and I just kept doing it,” Vinny said. “We've been very blessed and in a position to give a good amount over the years.”

Vinny has also dedicated a significant amount of time volunteering in support of his alma mater. In 2002, he began serving on the Advisory Board to help renew the School of Engineering's ABET accreditation in mechanical engineering. After a few years, he joined the school’s Development Board, which later became its Board of Visitors. Five years ago, he switched over to the Athletics Board of Visitors to help drive support for student-athletes. In 2020, he accepted the University’s invitation to join the Board of Trustees.

He credits the hands-on education in mechanical engineering he received at Catholic University for his successful 35-year career in the field. Vinny found his very first internship through the employment posting board at the University’s career office, which led to his first full-time job. He spent most of his career with the firm known today as Lockheed Martin Corporation, retiring as a vice president and general manager for Lockheed Martin's space division in 2018.

In order to ensure future generations of engineers have the same opportunity, $2 million of the bequest will be used to establish the Sica Family Endowed Scholarship Fund for undergraduate scholarships in the School of Engineering. 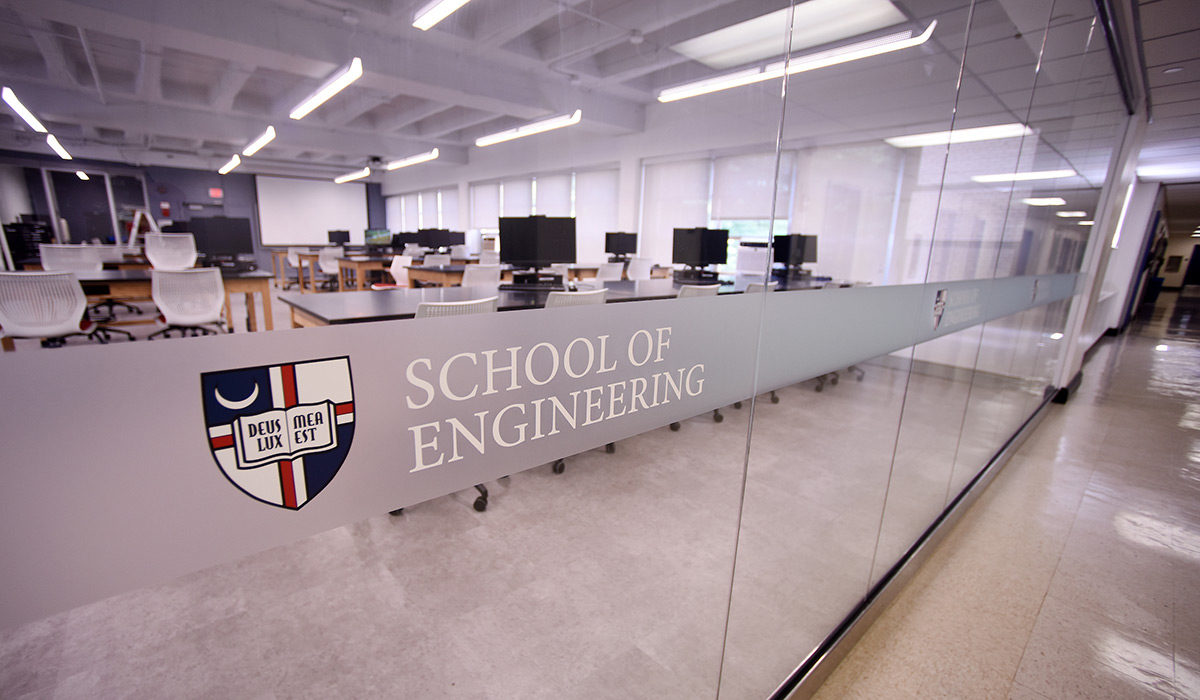 “It really comes down to the quality of a small-school education, a small engineering school in particular, and the benefit you get from knowing your teachers, being hands on and much more involved than just sitting in a big lecture hall,” Vinny said. “It's expensive — most small-school experiences are not cheap. We want to give students an opportunity to afford that small, private school education.”

These additional scholarships will help the School of Engineering continue to attract the best and brightest undergraduate students and make a Catholic University education possible for many who otherwise might contribute their talents to a different institution.

“I’m profoundly grateful to Vinny and Ellen for their leadership in establishing these scholarships, which will open doors for future generations of engineering students to have the advantages of a Catholic University education,” said John Judge, dean of the School of Engineering. “Vinny Sica is an outstanding example of what our engineering graduates can achieve – we are proud to have alumni of such caliber and tremendously appreciative of the Sicas’ generosity.”

Another important aspect of Vinny’s Catholic University experience was his time on the Cardinal football team. He played on the offensive line for four years and captained the team as a senior. To honor those memories and help drive the program into the future, the couple has pledged $3 million to establish the Vincent and Ellen Sica Endowed Coach for Catholic Football.

“Division III athletics are really important for folks who want to get a good education and continue playing a sport,” Vinny said. “We've been donating to the athletic program for 37 years, and we want to keep building it, and to do that you need stability and quality in the coaching staff.”

In addition to boosting the football program’s reputation nationally, endowing the head coach position will free up resources that will then be invested back into the team to supplement and strengthen operations. Funds previously spent on staffing will now be redirected to enhance the student-athlete experience.

“This extremely generous gift visibly signifies an important milestone for our football program and our head coaching positions as a whole — that we are now operating on another level, one that is more often found at the largest programs in the country,” said Sean Sullivan, University associate vice president and director of athletics. “It's a fantastic step forward for our program, and we cannot thank Vinny and Ellen enough for their creative generosity. We are deeply appreciative.”

The gift also counts toward Light the Way: The Campaign for Catholic University. This comprehensive campaign is the first of its kind for the University, and Vinny and Ellen were impressed with the public rollout in 2019. The Campaign inspired them to do even more to help preserve and advance the University's missions for generations of future Cardinals.

“We just want to make it a better place than it was yesterday,” Vinny said. “We got a ton out of my time at Catholic University, and then we spent a lot of time helping try to make it better for the next generation. That goes on and on, so you kind of continually pay it forward.” 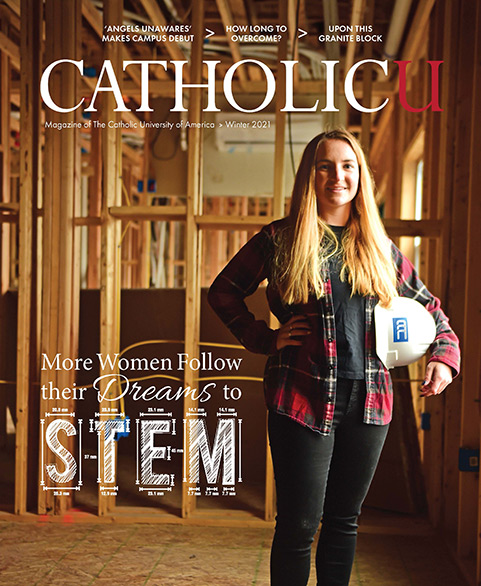