Students Learn about the History of Pandemics 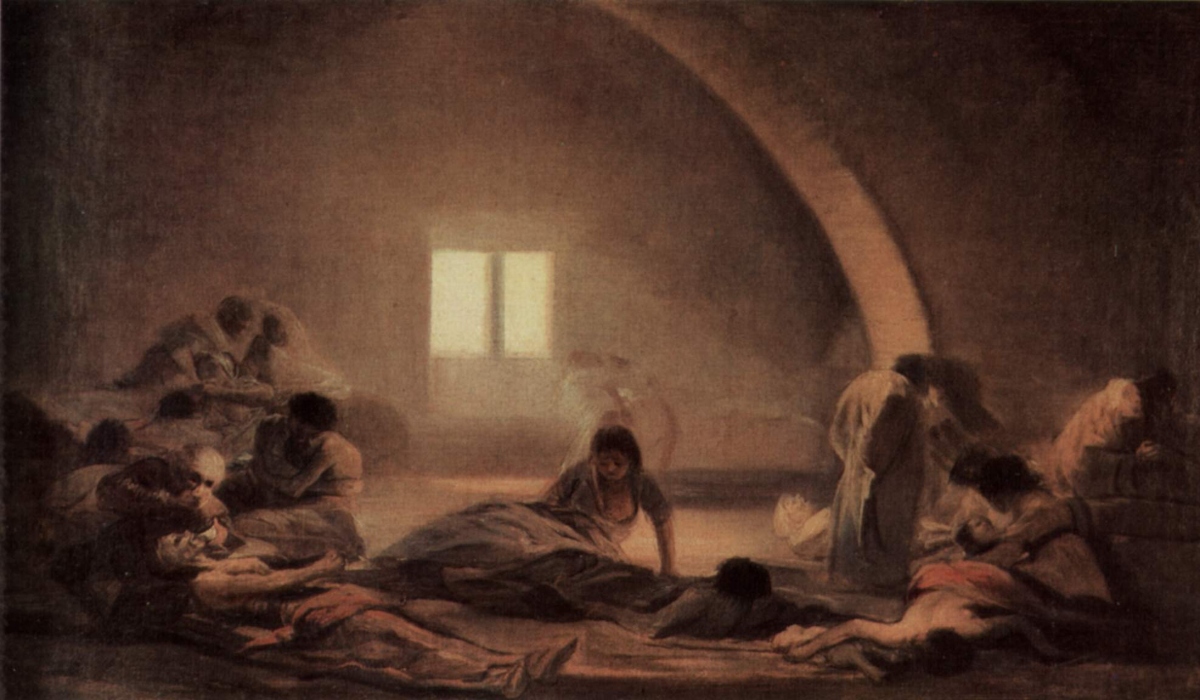 Before the novel coronavirus brought about a new era of social distancing around the world, there were many other epidemics that brought populations to a crisis point. In the Americas alone, a series of epidemics including smallpox, measles, typhus, and influenza helped contribute to the rapid depopulation of indigenous communities beginning in the 1500s.

“Once diseases began to arrive in America from Europe, it was not just a matter of one initial sweep, but rather wave after wave of diseases,” said Caroline Sherman, professor of history. The result, especially in the context of violence, exploitation, and dispossession, was catastrophe, with up to an estimated 90 percent population loss for the indigenous communities who were affected.

The catastrophic moment is one that had far-reaching effects on the future of what would become America. It is also just one example of an epidemic that has subtly shifted the course of history.

So what can Americans today learn from epidemics like those which swept through the Americas nearly 500 years ago? That is the question at the heart of Pandemics: A Comparative History, a course Sherman is teaching for the first time this semester.

“In a time that we are all so atomized, this could be a way to feel a sense of connection across time to experiences other people have had.” — Caroline Sherman, professor of history

Sherman was inspired to plan the course in February, around the time COVID-19 was beginning to look like a global threat.

“My hope was that by having a bit of a historical perspective on the phenomenon, we would be able to understand it a little better,” Sherman said. “In a time that we are all so atomized, this could be a way to feel a sense of connection across time to experiences other people have had.”

As part of the course, Sherman uses historiographical debate and literature to examine seven different periods of pandemic, including the Antonine and Cyprian plagues in the second and third centuries, the plague of Justinian in the sixth century, the Black Death of the 14th century, the diseases spread by conquest in the 16th-century Americas, the Great Plague of London in 1665, the waves of cholera in the 19th century, and the Spanish flu of 1918-1920.

One thing that has been unique about the course, Sherman says, has been figuring out how to teach about pandemics while living through one in real time. Because of health requirements, the course is taught virtually. Sherman tries to help her students express themselves by using virtual breakout rooms and an application called Perusall, which allows them to comment and respond on the course’s texts. At the beginning of the semester, she asked students to write reflective essays on their own experiences during the pandemic and how they thought it might compare to pandemics in the past.

Jane Maschue, a doctoral student in medieval history, is the teaching assistant for the course. She believes the essays were cathartic for students.

“I think it helped them process a bit in a constructive way by putting words down on paper about how they were dealing with it and feeling,” she said.

“I was very worried I would not have the same connection to the students this semester,” Sherman said about teaching online. “But I feel like I’m meeting them in a different way and it feels very poignant and ephemeral in a way that a normal class doesn’t.”

Sherman also requires students to plan an event or activity as part of the course -- some small way to build community within CatholicU or in their own homes. She recently participated in a community event of this kind when the Department of History organized a virtual reading of Macbeth with faculty, staff, and undergraduate students.

Caitlin Lennon, a senior social work major, fulfilled her community project requirement by coloring pictures for residents at the nursing home where her mother works. “I became close with a few of her patients and one of them used to be an artist. I asked her to draw me a picture of her feelings or thoughts on the coronavirus. She did an amazing job and really gave me a new perspective on how to look at life and the pandemic.”

Senior Grady Connolly, a business strategy, management, and operations major, has also found a new perspective on the pandemic. His favorite part of the class has been reading primary sources to understand the fears and hopes of people who have lived through historic epidemics.

“Just like with anything else, it is much easier to sympathize when you are coming from personal experience,” he said. “Now that I have experienced firsthand the anxiety and uncertainty of a pandemic, while reading and talking about historic events, I find myself relating to their experiences and feeling grateful for the many resources we have that were not accessible in prior pandemics. We are in good hands and are fortunate to have optimism.”

Like Lennon, Connolly found meaning in the community event project as a way to share joy with those in his life.

“Now that we have studied the historical impacts of disease and had a chance to reflect on our own experiences, what better way to bring the course to completion than by doing something that brings people together,” he said. “Social distancing is a scary thing for those who feel alone. Our goal through this assignment is to lift spirits toward a better and brighter tomorrow. Keep your chin up and have faith.”

—Katie Bahr, assistant director of media relations and communications. Bahr can be reached at bahr@cua.edu.