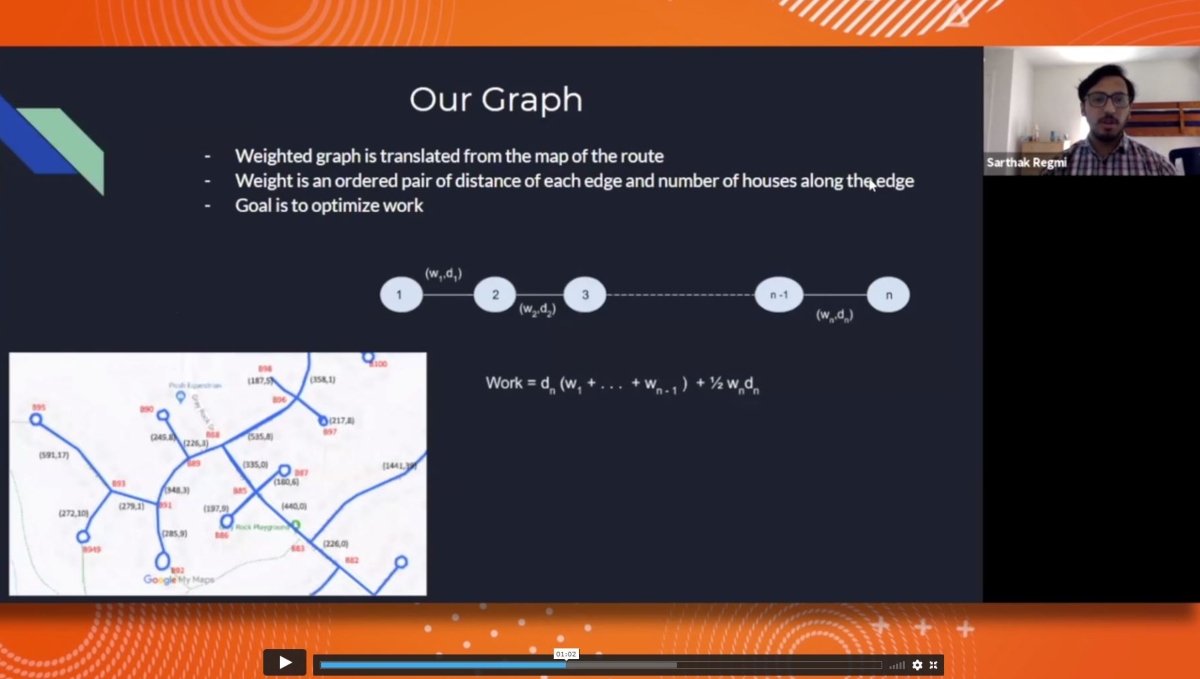 The work of two Catholic University math students has been recognized by the Mathematical Association of America (MAA), as part of an initiative called PIC Math, which prepares mathematical sciences students for industrial careers by engaging them in research problems from the industry.

As a result of a new course -- Math 402: Mathematical Modeling in Business, Industry, and Government -- Beth Pacious and Sarthak Regmi’s work is now featured on the MAA website for PIC Math, where a short video presentation has been published. Out of 42 colleges and universities across the nation that were part of this year’s PIC Math cohort, the CatholicU team was among just 10 presentations that were posted on the MAA’s website. The students were each awarded a $250 honorarium for this effort.

The course was taught for the first time by Prasad Senesi in the Spring 2020 semester. Before the semester started, Senesi connected with industry contacts who supplied him with problems their companies faced, along with a large set of data for analysis. Three teams of his students were each given one of these problems. Through the course, they used mathematical modeling to solve these industry problems using a variety of tools and approaches. The students communicated with the industry liaisons throughout the semester, updating them on their progress and asking them questions about parameters and details of the problems.

Two teams used time series forecasting and Fourier analysis to analyze a decade of inventory data and optimize a warehouse storage problem for a medical supply company. The third team, consisting of Pacious and Regmi, explored waste collection and how to optimize routes for minimum fuel consumption.

“What was interesting about MATH 402 was that this math course didn’t have a solution book we could refer to for help,” said Regmi, class of 2022, who is majoring in mechanical engineering with a concentration on aerospace and a minor in computer science. “We had to learn everything from scratch, putting relevant information together and seeing if we could apply any to the problem in hand.”

“The course provided our mathematics students with an unprecedented opportunity to use mathematics to solve a real problem in the real world,” Senesi said. “They gained real industry experience, and also invaluable experience in problem-solving, teamwork, communication, programming, and data analysis.”

Pacious said she was grateful for the guidance of Senesi and the opportunities to present her team’s research within the department and the field.

“Math 402 showed me that my mathematics degree and all the models I have learned are applicable outside the classroom and in the real world,” said Pacious, class of 2022, who is double majoring in mathematics and economics with a minor in computer science. “This course has confirmed my desire to pursue a career in mathematical sciences.”