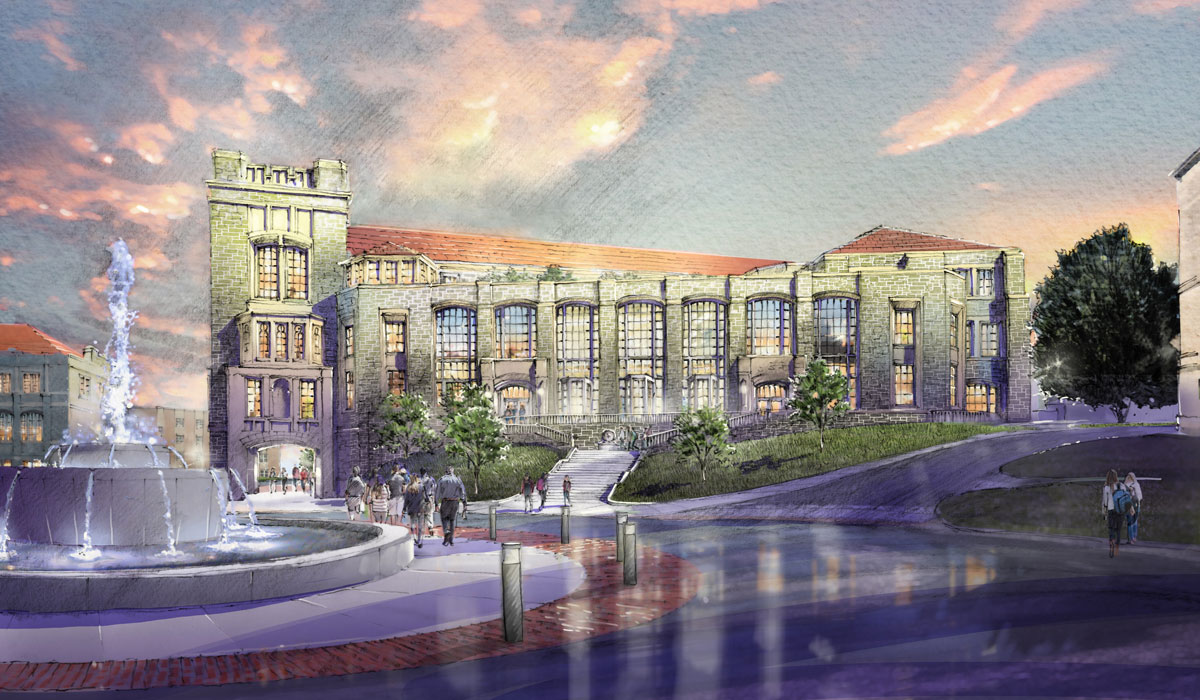 (WASHINGTON, D.C.) The Catholic University of America is pleased to announce that Clark Construction Group has been selected to construct the new nursing and sciences building, the future home of the University’s Conway School of Nursing.  Clark will partner with an all-star design combination of Ayers Saint Gross and Robert A. M. Stern Architects to build the facility.

Expected to open in 2024, the facility’s exterior will remain true to the collegiate, gothic style of many other buildings on campus. At more than 102,000 square feet, it will double the size of the current nursing education facilities, as well as provide space to double the current number of nursing students and dramatically increase the faculty. The Conway School of Nursing has been a key provider of top nursing talent throughout the Washington, D.C., and mid-Atlantic region for decades.

“Our Conway School of Nursing has long been one of Catholic University’s most successful academic programs. I am thrilled that the school will now have the home it deserves and that the Clark Construction Group will be our partner in building it,” said University President John Garvey.

The interior will provide modern educational facilities for nursing students, including multi-functional clinical learning and instructional support areas. New simulation labs will allow for training in high-stakes acute care and objective-structured clinical examination. Additional labs and classrooms for anatomy, physiology, and microbiology, as well as a large auditorium, will also be included. Student study areas, faculty and staff offices, and common meeting spaces round out the plans.

The new nursing and sciences building will be located adjacent to Father O’Connell Hall along Michigan Avenue, and it will include a new campus main entrance at the intersection of Michigan Avenue and 7th Street, N.E. It will be designed to meet Leadership in Energy and Environmental Design (LEED) Gold and WELL Building Standard certifications.

Clark Construction Group is already quite familiar with the Catholic University campus. In 2003, it was responsible for building the Edward J. Pryzbyla University Center, affectionately known on campus as “The Pryz.”  In 1994 it constructed the Columbus School of Law building.

While its work spans the nation, it is headquartered in Bethesda, Md., and is an exemplary  citizen of the greater Washington, D.C., community. In both dollar and deed, Clark and its employees regularly support organizations throughout the region with a particular focus on community, education, arts, youth, and health initiatives. In recent years, Clark has also provided Catholic University architecture and engineering students with valuable internship opportunities.

"We are excited to return to campus and to work in partnership with Catholic University, Ayers Saint Gross, and Robert A.M. Stern Architects to deliver a new home for the Conway School of Nursing,” said Brian Abt, chief executive officer of Clark’s mid-Atlantic region. “We are honored to play a part in this state-of-the-art facility that will foster the growth and training of future nurses — individuals who play such a vital role in the health of our communities."

It is a high priority of the University to expand the nursing school and grow the nursing program. Thanks to the generosity of Bill and Joanne Conway, who have donated $40 million toward the new nursing and sciences building since 2019, and more than $20 million for Nursing scholarships, that goal will now become a reality. In June 2019, the University celebrated the Conways as the largest benefactors in University history by naming the School of Nursing in their honor. 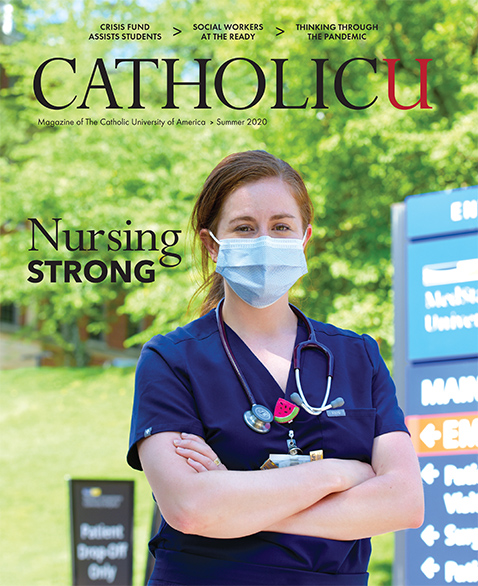 The Summer 2020 edition of CatholicU magazine features three Catholic University nurses who recount the challenges, sadness, and triumph of caring for patients as the COVID-19 pandemic hit the United States. 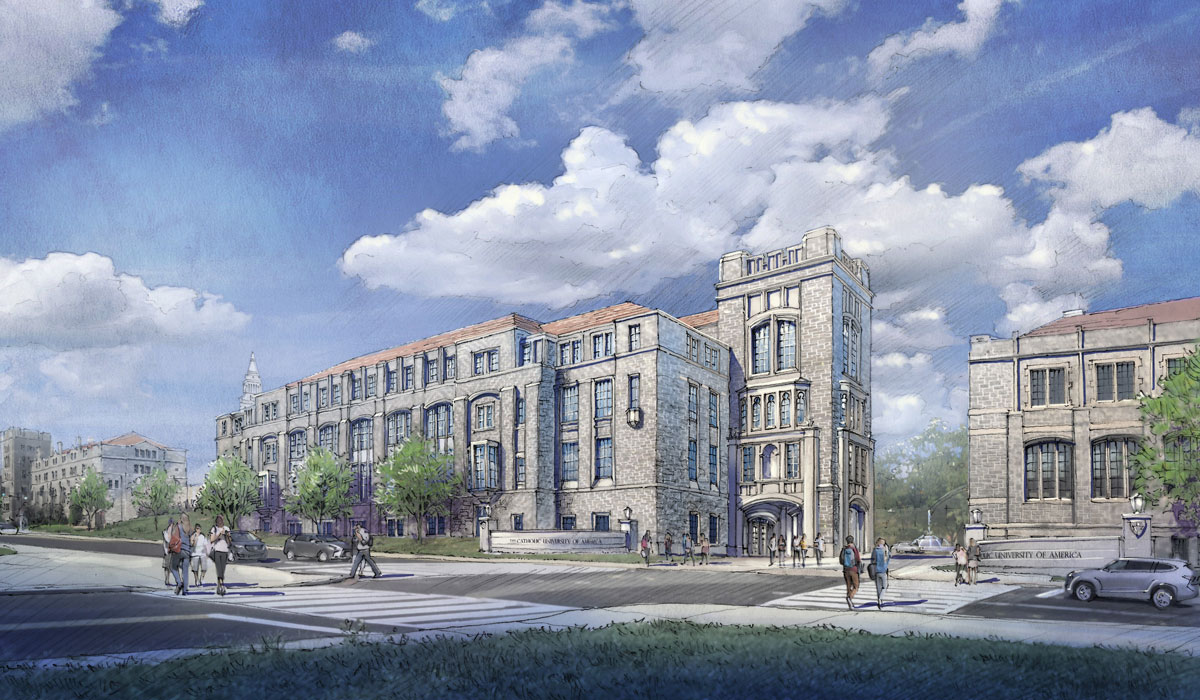 Exterior of the planned nursing-science building showing the south-facing side of the building on Michigan Ave. NE. 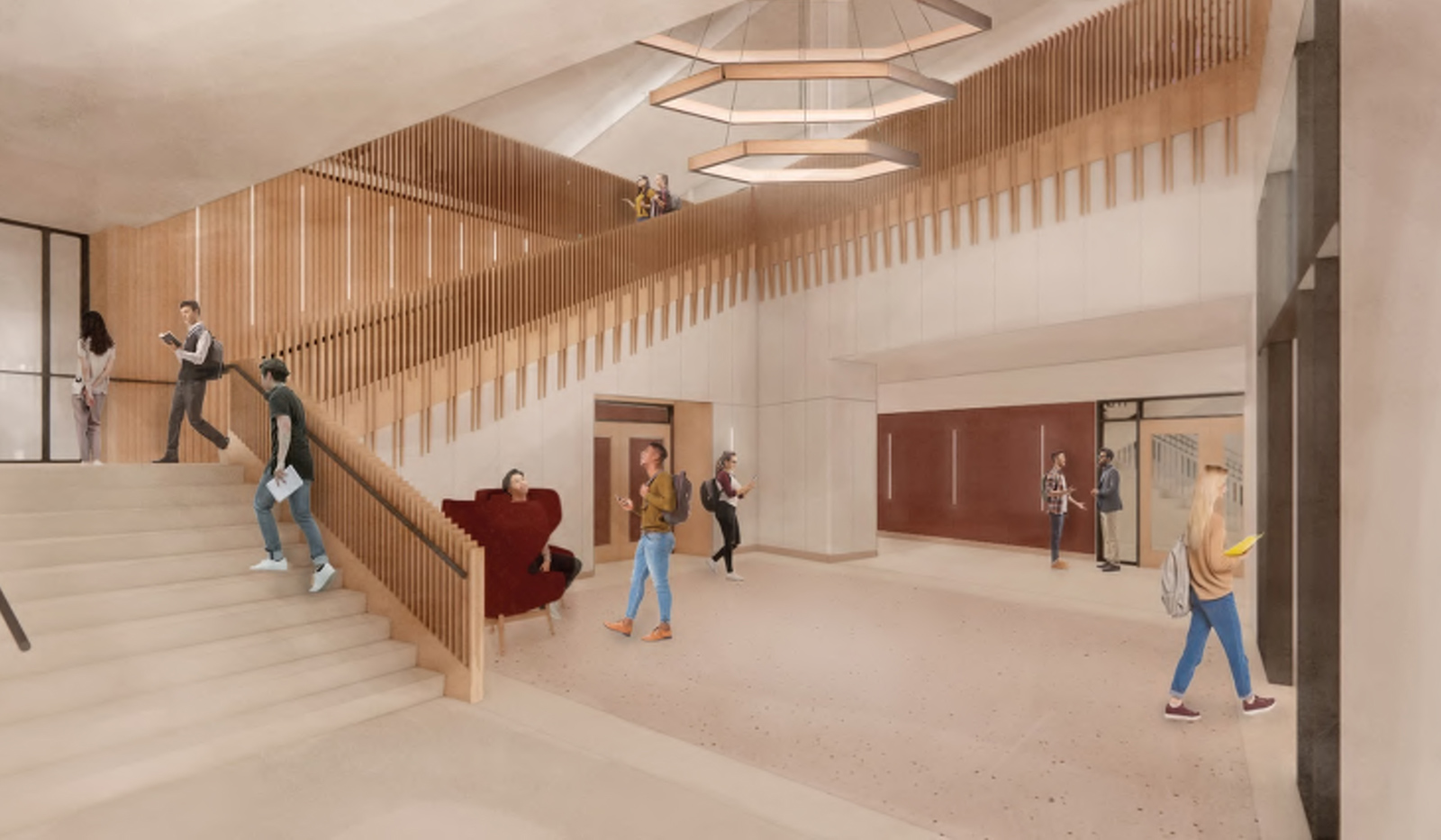 Interior rendering of the main lobby of the planned nursing-science building. 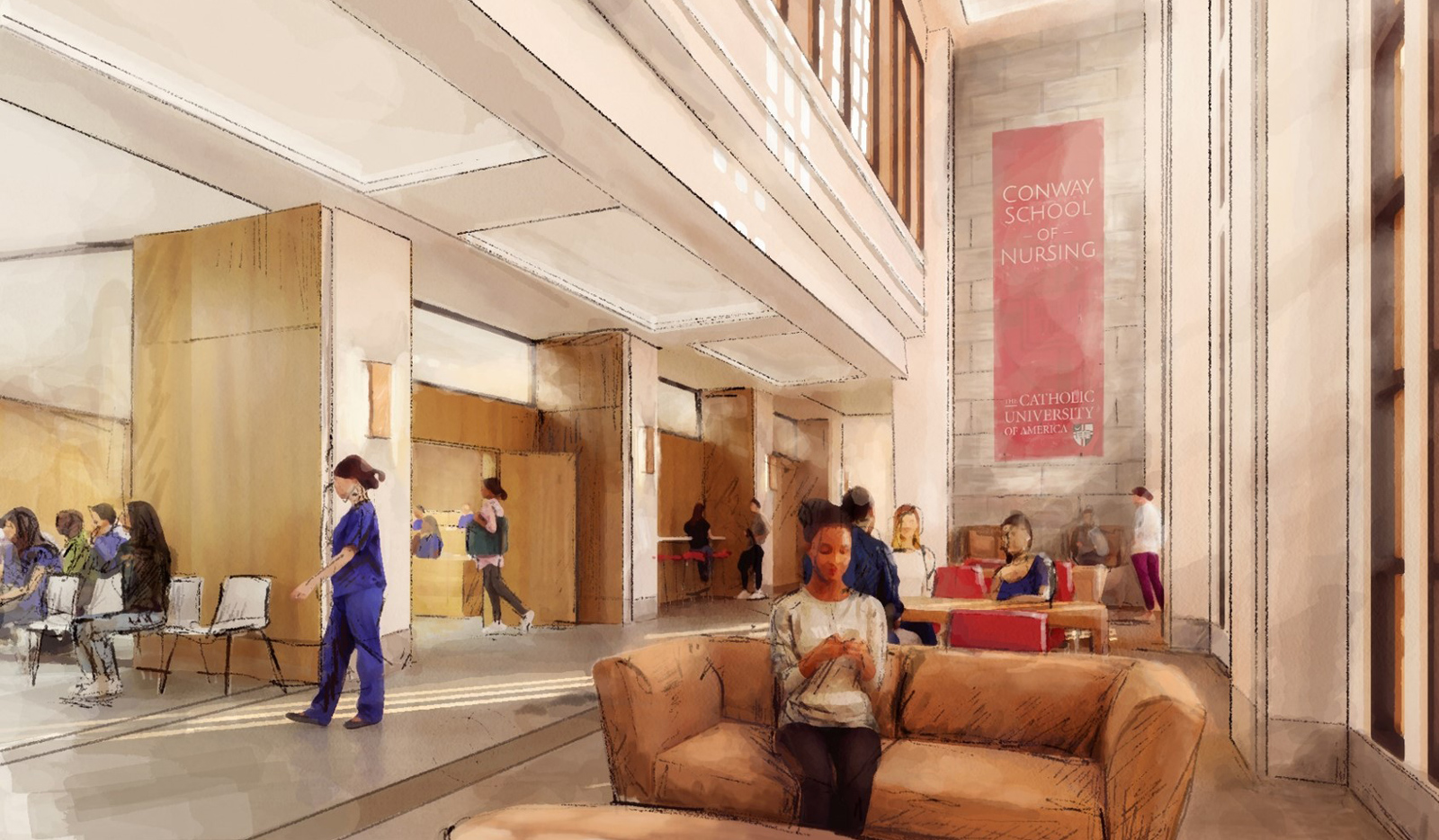 Interior rendering of common space in the planned nursing-science building. 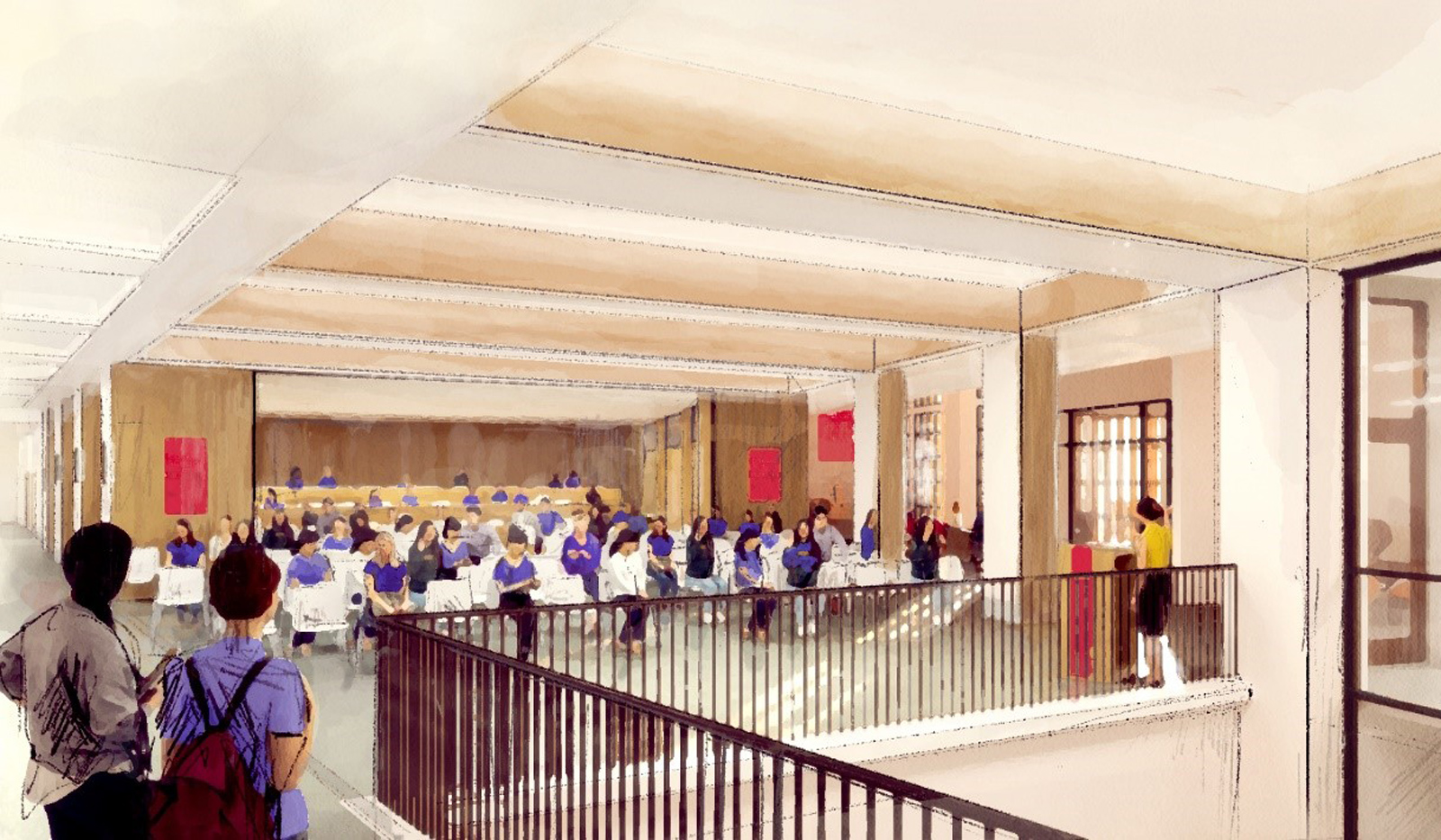 MEDIA: For more information or to schedule an interview or attend this event, contact the Office of Marketing and Communications at communications@cua.edu.

ABOUT: The Catholic University of America is the national university of the Catholic Church and the only higher education institution founded by the U.S. bishops. Established in 1887 as a papally chartered graduate and research center, the University comprises 12 schools and 31 research facilities and is home to 3,055  undergraduate and 2,311 graduate students.

The Summer 2020 edition of CatholicU magazine features three Catholic University nurses who recount the challenges, sadness, and triumph of caring for patients as the COVID-19 pandemic hit the United States.