Cardinal Wilton Gregory, archbishop of Washington and Catholic University’s chancellor, offered students both encouragement and a challenge during a special CUA on Tap organized by Campus Ministry as part of the University’s 2022 MLK Teach-In.

“Even if you are not, yourself, a Black Catholic student you can support your friends and students of color by supporting more than just racial diversity. Instead, support and stand with them for their full inclusion in the Church,” offered Cardinal Gregory, the first Black Cardinal in the United States. 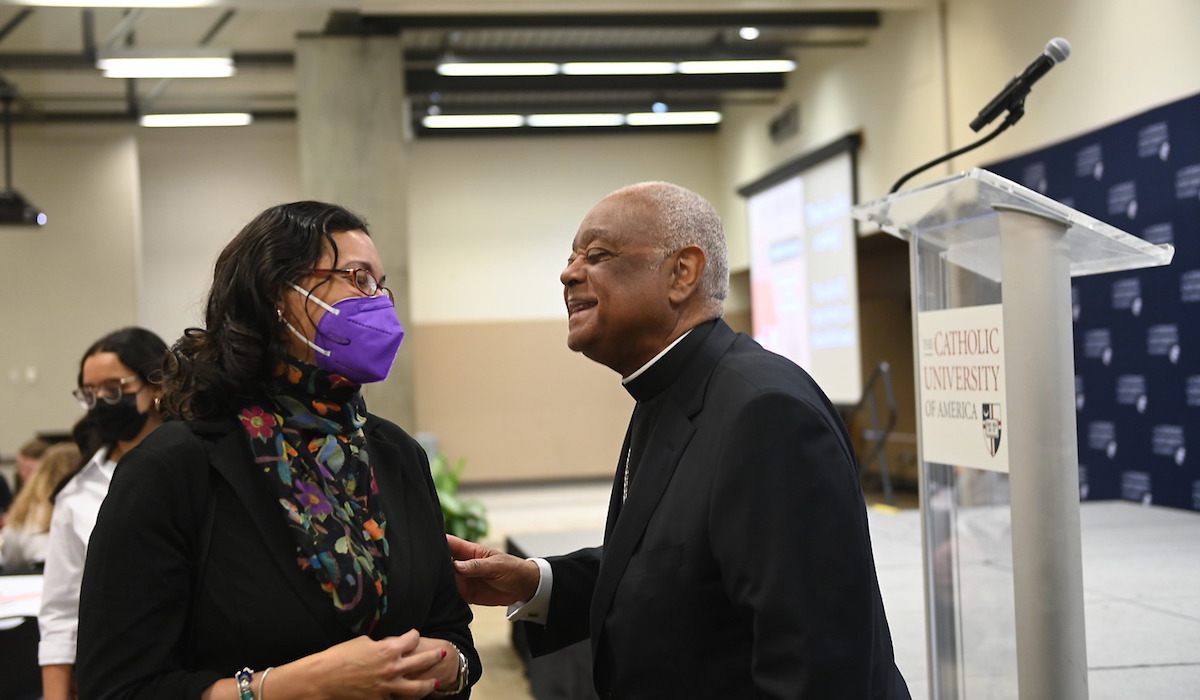 “What does that look like? When you are in rooms or at tables of leadership, ask the question: who is missing? Whose voice is not being heard?”

He used the story of St. Peter, reluctant to meet with Cornelius, a gentile and member of the Roman army, who came to understand through their encounter and the encouragement of an angel, that Christ’s message is intended for everyone (Acts 10).

This story can teach “about the need for encountering others and participating with them in sincere dialogue and mutual respect,” Cardinal Gregory told the crowd gathered at the Przybyla Center.

“Be like Peter - be open, listen, and encounter others in a spirit of humility and sincerity so you can learn from other cultures. Being present and genuinely listening to one another are all signs of Christ’s love and they inevitably build good relationship and genuine friendship.”

He also mentioned that Black Catholics have been a part of the Catholic Church in the United States throughout its history — including the first group of Catholics to arrive in Maryland from England in 1634 — naming several who now are in the process for canonization as saints.

University President John Garvey, in brief remarks, spoke about one of them, Servant of God SisterThea Bowman, an alumna of the University. He also recounted recently listening to Black alumni of Catholic University who graduated in the early 1970s, remarking that, “It was very touching and I learned a lot from them.”

He said he was struck that despite the painful experiences they had as students, they supported the University and were willing to come back to speak. They had been students of Sister Thea, who was a graduate student at the time. Later this year, the University will dedicate a road named after Sister Thea as part of its recognition of her.

“We have a lot to be proud of and a lot of work to do here,” Garvey said.

The evening continued with questions for the cardinal emceed by Esther Paulino, a resident minister and senior nursing student, along with dinner, small group reflection, and a stop by mascot Red, who apparently wanted to check out the cardinal competition. 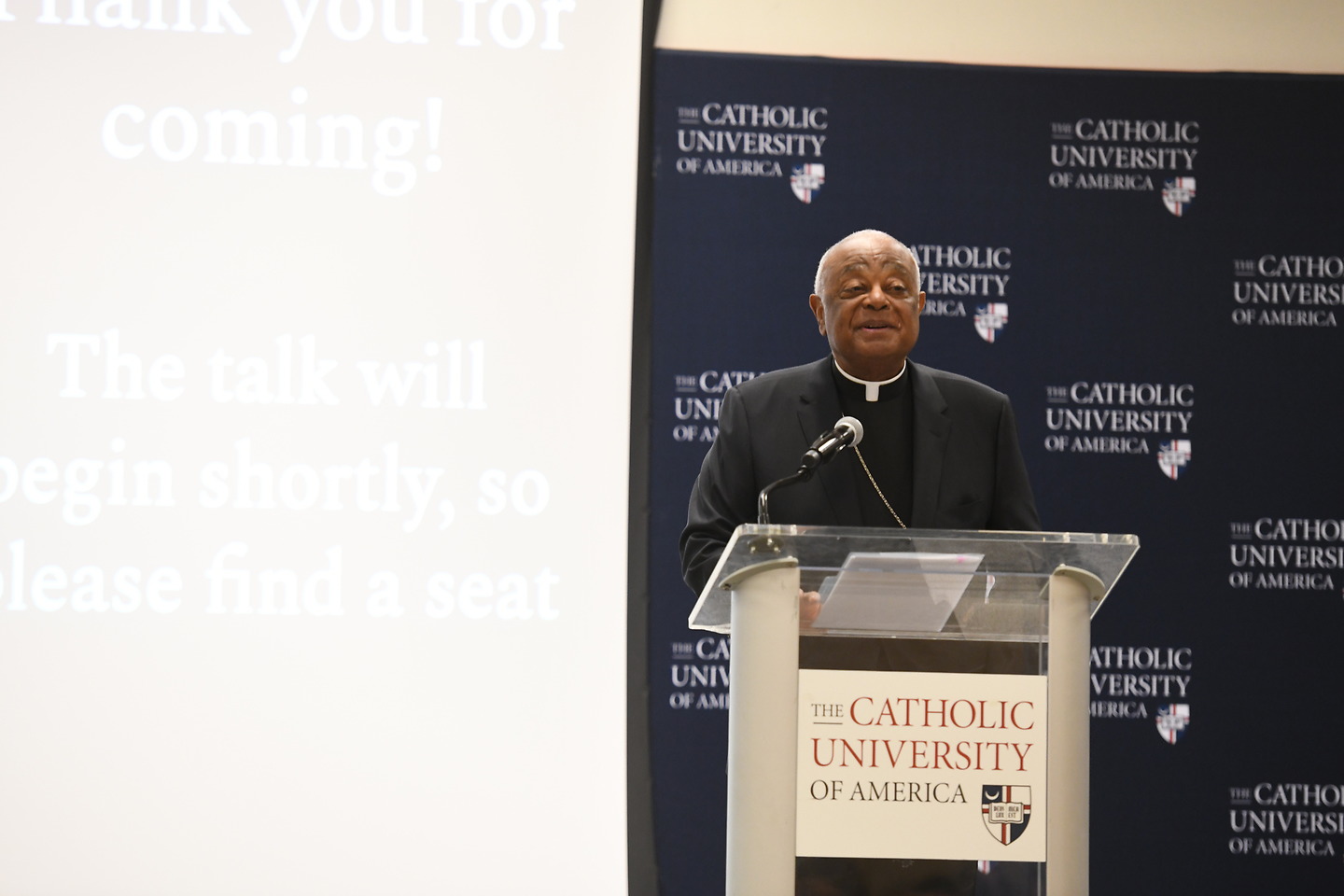 As Cardinal Gregory encouraged the students, “Be like Cornelius. Bring your complete self - family, culture, tradition - to the Church. The Church is simply incomplete without the presence of young Black people, young Hispanic people, young European people, young Asian people … Be open, listen, and encounter in the spirit of humility and sincerity.”